When worldviews collide: Why science needs to be taught differently

AI or not, it's always too early to say that art is dead

Science in a Time of Irrationality

‘Doomsday glacier’ hanging on ‘by its fingernails’

Science doesn't exist in a cultural and existential vacuum and its teaching shouldn't either.

Science is born out of discord. This may surprise a lot of people, given that science is usually equated with "truth" and certainty. However, truth and certainty are both very elusive concepts, with meanings that change as our knowledge of the world and of ourselves changes. Put it bluntly, what was true at one time may be false at another. Worldviews change and often collide. They are colliding now, in this post-Trump era, and the stakes couldn't be higher.

The history of science offers many examples. A famous one is the Copernican Revolution, a profound reorganization of our model of the universe and our place in it, with profound historical consequences that are still unfolding. If you asked a well-educated European living in the early 1500s what the arrangement of the cosmos was, the answer would be that Earth is the center of all things and the planets and stars revolve around it in circular orbits. Man is created in God's image and has dominion over nature. That was the accepted truth, validated with the church's imprimatur: the cosmic blueprint mirrored the spiritual blueprint as spelled out in the Bible; change and decadence belonged to man and nature, while faith in God propelled the spirit to ascend to the perfect heavens above. 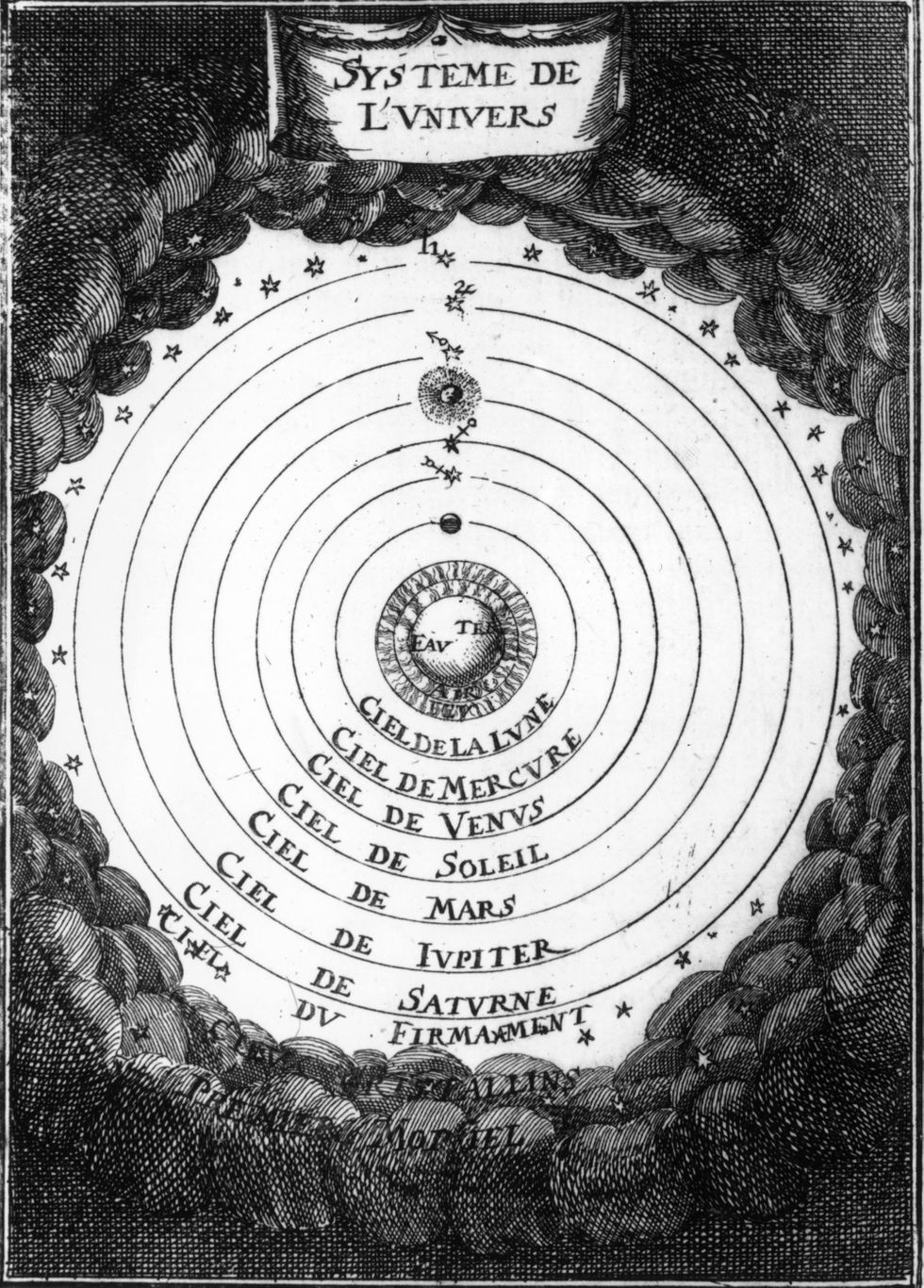 The geocentric system of the universe, as understood by the classical astronomer Ptolemy in 1683. He includes the orbits of the sun, the moon, Mercury, Venus, Mars, Jupiter and Saturn.

About a century would pass from the publication of Copernicus' book in 1543 to the growing acceptance that the old Earth-centric cosmic view had to be abandoned. The new cosmic blueprint—the Sun as the center of all things—shifted the focus away from Earth and mankind, toward the open vastness of an unknown cosmos, a new truth that shattered the link between cosmos and God. The new worldview posed a profound challenge to the believer, now unmoored from the dogmatic verticality of the medieval cosmos.

From then on, science forged a path where the world would be described through a strict materialistic perspective: atoms bouncing about, combining to form the complex structures of the world we see, from the simplest molecules to planets, stars, galaxies, and, of course, living creatures on Earth and possibly elsewhere. The more successful science became in describing nature and in facilitating the manipulation of its materials to create technologies and prosperity, the further it placed itself from the complex subjectivities of humans, which became part of the humanities and the arts. Despite much protesting from the early 19th-century Romantics, the agenda set forth by the Enlightenment placed the centrality of reason above all else. Universities, the seats of learning and knowledge creation, were divided into a proliferating number of departments, split from one another by high walls, each discipline with its own methodology and language, goals and essential questions.

This fragmentation of knowledge inside and outside of academia is the hallmark of our times, an amplification of the clash of the Two Cultures that physicist and novelist C. P. Snow admonished his Cambridge colleagues for in 1959. Snow would surely be appalled to see that this fragmentation is representative of a much larger tribal fracturing that continues to spread across the world at alarming speeds.

It is not an accident that distrust in science is rampant in this country and others. The teaching of science boasts its separation from our humanity, relegating subjective and existential concerns as secondary.

People base their worldview on knowledge they accumulate through learning, cultural context, and life experiences. The tribes we choose to belong to (when we have this freedom) are expressions of this worldview. The Enlightenment and the consequent focus on scientific materialism left many people behind, aching for some kind of spiritual guidance. Life became objectified, as did our planet and our transactional relation to it and to other forms of life. How are we to reconcile some of the most fundamental aspects of human nature—love, loss, the need to belong—with the cold lens of deductive reasoning and data analysis?

Of course, science needs to adhere to its strict methodology in order to function. Science works and should be celebrated for its achievements. However, 400 years since Galileo, the time has come to rethink how high the walls separating the sciences from the humanities and the arts should be. This is especially true in education at all levels, both formal and informal. It is not an accident that distrust in science is rampant in this country and others. The teaching of science boasts its separation from our humanity, relegating subjective and existential concerns as secondary. The teaching of the humanities distances itself from the sciences. In the overwhelming majority of cases, a science class is strictly about technical content, the programmatic instructing of the tools and jargon needed to enter the guild. Students don't learn about the scientists themselves, the cultural context of their times, or the struggles and challenges, often very dramatic, that colored their research path.

Traditional science teaching adopts what could be called the conquering mode: It's all about the final results, not about the difficulties of the process, the failures and the challenges that humanize science. This dehumanizing approach works as a cleaver, splitting students and the public into two distinct groups: those who embrace a dehumanized science teaching and those who shun it. One of the consequences, as we see in movies and books, is the widespread stereotype of the nerdy, cold scientist, intent on the research and not much else, more like a reasoning machine than a human being. This image, obviously totally false, must go. When it comes to life choices—vaccines, nuclear weapons, genetic engineering, global warming—why should the general public trust the pronouncements of such a specialist? As a timely example, we can see why so many people trust Dr. Anthony Fauci, Chief Medical Advisor to President Biden. He is seen as a human before he is seen as a specialist.

Science doesn't exist in a cultural and existential vacuum and its teaching shouldn't either. I say this after 30 years of classroom experience, both in technical and nontechnical science classes. Although teachers are always pressed for time to cover their assigned syllabi, they will be educating and inspiring better scientists and citizens if they took the time to humanize the science they teach.