Why some people think they hear the voices of the dead

New research on mice finds that the primary bioactive compound of ginger root could help guard against the progression of lupus and antiphospholipid syndrome.

Ginger is traditionally known to have anti-inflammatory and anti-oxidative effects, which has made it a popular herb in treating inflammatory diseases. Now, a new Michigan Medicine study on mice suggests that it could help counter certain autoimmune disorders.

The study, recently published in JCI Insight, found that the primary bioactive compound of ginger root, 6-gingerol, is therapeutic in countering the mechanism that facilitates certain autoimmune diseases in mice.

Specifically, the researchers looked at lupus, which attacks the body's own immune system, along with antiphospholipid syndrome (often associated with lupus), which causes blood clots. Both the diseases cause widespread inflammation and ravage organs overtime. In mice with either of the disease, 6-gingerol stopped the neutrophil extracellular trap release caused by the diseases' production of autoantibodies.

The webs, according to Ali, play a fundamental role in the pathogenesis of lupus and antiphospholipid syndrome in which they set off autoantibody formation and contribute to clots in blood vessels and other damage. 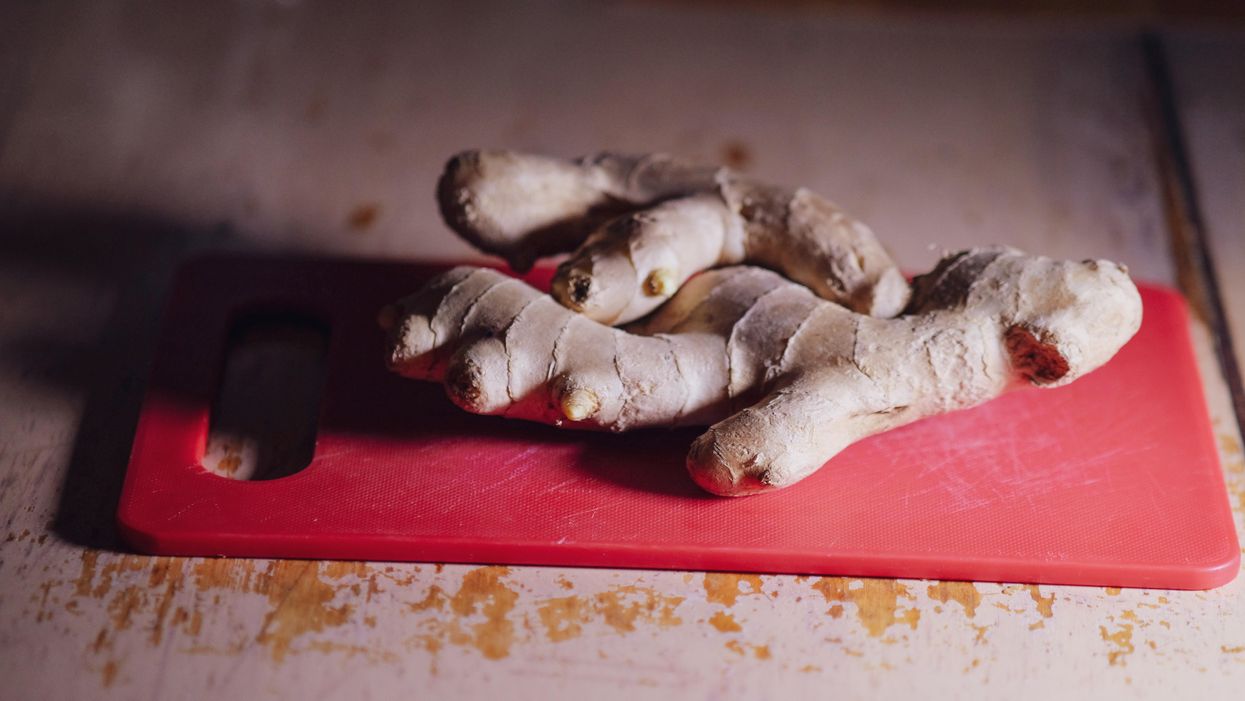 The authors wanted to find out if the anti-inflammatory properties associated with ginger would extend to neutrophils. They also wanted to know if the natural medicine would be able to halt neutrophils from creating neutrophil extracellular traps that facilitate disease progression.

"This pre-clinical study in mice offers a surprising and exciting, 'yes'," Ali said.

The authors found that the mice had lower levels of NETs after being giving 6-gingerol. The NET's tendency to form clots was also dramatically reduced by the 6-gingerol, which also seemed to inhibit neutrophils enzymes called phosphodiesterases. This, in turn, reduced neutrophil activation.

Most surprisingly, the mice had reduced autoantibodies regardless of whether they had antiphospholipid or lupus. This suggests that the 6-gingerol was able to break the inflammatory cycle of autoantibodies stimulating NETs, which in turn stimulate more autoantibodies.

The study was done on rodent models. However, the authors think that the promising preclinical data, which showed that 6-gingerol has surprising anti-neutrophil properties that may guard against the progression of certain autoimmune diseases, encourages the clinical trial development.

"As for basically all treatments in our field, one size does not fit all. But, I wonder if there is a subgroup of autoimmune patients with hyperactive neutrophils who might benefit from increased intake of 6-gingerol," Knight said, noting that it will be important to look and analyze neutrophils before and after treatment so to determine the subgroup most likely to see benefit.

While 6-gingerol won't be able to be the primary therapy for individuals with lupus or active antiphospholipid syndrome, the research team is eager to see if the natural supplement offers help to those at high risk for developing the diseases.

"Those that have autoantibodies, but don't have activated disease, may benefit from this treatment if 6-gingerol proves to be a protective agent in humans as it does in mice," Ali said.

"Patients with active disease take blood thinners, but what if there was also a natural supplement that helped reduce the amount of clots they produce? And what if we could decrease their autoantibodies?"

Though the use of supplements has been growing in popularity in the U.S. over the past decade, it's still something that remains under-researched.

"Through my years of medical training I wasn't taught much about supplements, but it's something that so many patients ask me about," said study author and rheumatologist Jason Knight, M.D. in the press release. "When Ramadan brought the concept to me, I was enthusiastic to pursue it in my lab, as I knew it would matter to them. Sometimes our patients give us really good ideas!"

Other herbal supplements that have been found to treat health conditions include:

However, it's important to remember that herbal supplements are not subject to regulation by the FDA, and so have not been tested in an FDA-approved clinical trial to scientifically prove their effectiveness in the treatment of the listed medical conditions. So it's critical to talk to your doctor about the use of herbal remedies for your symptoms before using them.