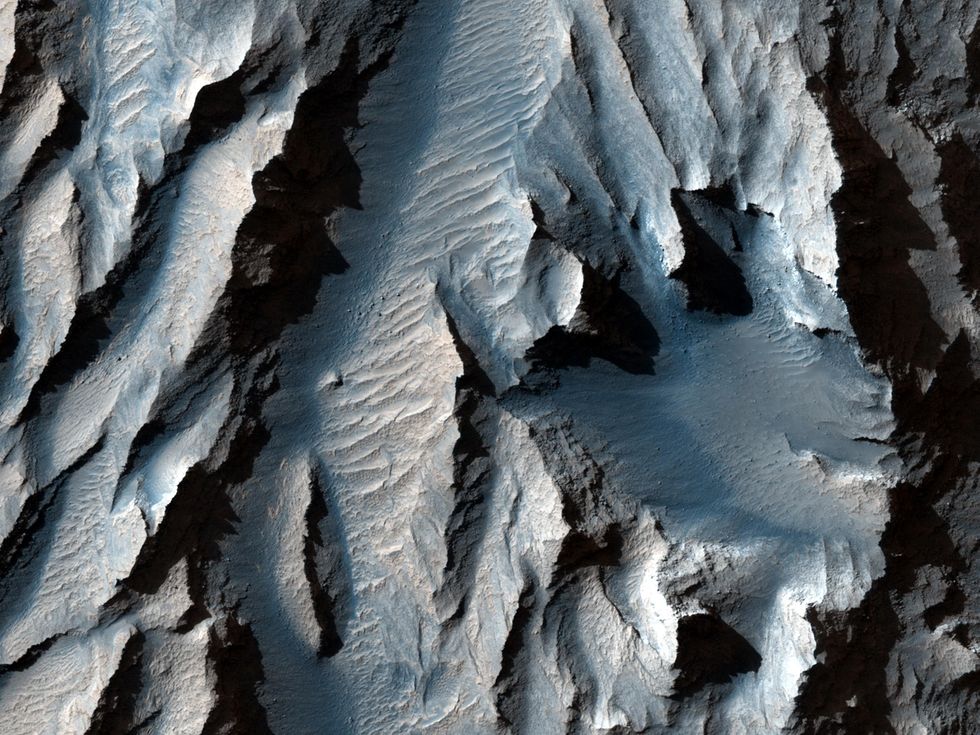 Over the decades, scientists have proposed many explanations for the origin of Valles Marineris, including erosion by water and the withdrawal of subsurface magma.

But the most widely accepted theory is that the canyon was formed by geologic faulting caused by volcanic activity in the Tharsis region, a volcanic plateau near the Red Planet's equator. (The Tharsis region is home to Olympus Mons, one of the largest volcanoes in the solar system.)

"As the Tharsis bulge swelled with magma during the planet's first billion years, the surrounding crust was stretched, ripping apart and eventually collapsing into the gigantic troughs of Valles Marineris," wrote the European Space Agency (ESA).

The ESA noted that landslides and "strong water flows" may have also played a role in carving the canyon into the planet's rusty red surface, adding that mineralogical data collected by spacecraft show that water altered the terrain millions of years ago.

Launched in 2005, HiRISE is the most powerful camera sent to another planet. It's able to capture high-resolution images of objects the size of a kitchen table, in both visible and near-infrared wavelengths. Scientists use these images to study topography and mineral groups on the Martian surface, and to help select potential landing sites for future missions.

In February 2021, NASA's Perseverance rover is set to land on Mars, where it will collect rock and soil samples, take high-resolution microscopic images of the surface and search for signs of ancient alien life. The rover will also carry the Ingenuity Mars Helicopter, a small 4-pound drone designed to help scientists learn more about the feasibility of achieving flight on Mars, a planet with an atmosphere that's 99 percent less dense than Earth's.