Newly-discovered flower is so rare, there is only one plant of its species

Scientists find a new species of flower in a remote part of Hawaii.

A flower was found in Hawaii that is one of a kind – in fact, it's the only known example of its species. It's name is Cyanea heluensis, and the only place you can see it in the world is in a remote location in West Maui.

It was discovered above the town of Lahaina by botanists Hank Oppenheimer and Jennifer Higashino "in the deep shade of a healthy ohia forest," as the press release from Hawaii's Department of Land and Natural Resources poetically stated.

The scientists were studying the very steep and rugged slopes of the area when they came upon the flower. The inaccessibility of the spot and the difficulty of traversing the terrain likely contributed to the fact that this plant wasn't found for centuries.

The white flower has similarities to a native plant called the hāhā, but its curved flowers are quite distinct. They get pollinated by birds and eventually produce orange fruits that local fruit-eating birds eat while dispersing the seeds. The botanists have been scouring the area where the rare plant was found, trying to find more such seeds but currently to no avail.

The plant has been added to the list of 250 species supervised by the University of Hawaii's Plant Extinction Prevention Program (PEPP).

"Since being found, numerous surveys using ropes to access steep cliffs have failed to locate any more individuals, making the conservation of the only known plant critically important," the state pointed out its rationale, adding "before a goat could eat the plant or another catastrophe caused immediate extinction, Hank Oppenheimer applied a special paste ... to produce new growth on the plant."

This new growth was moved to Maui's Olinda Rare Plant Facility, where it is being protected and nurtured. The site of the find itself has seen safeguards installed, especially against slugs, rats, pigs and goats. 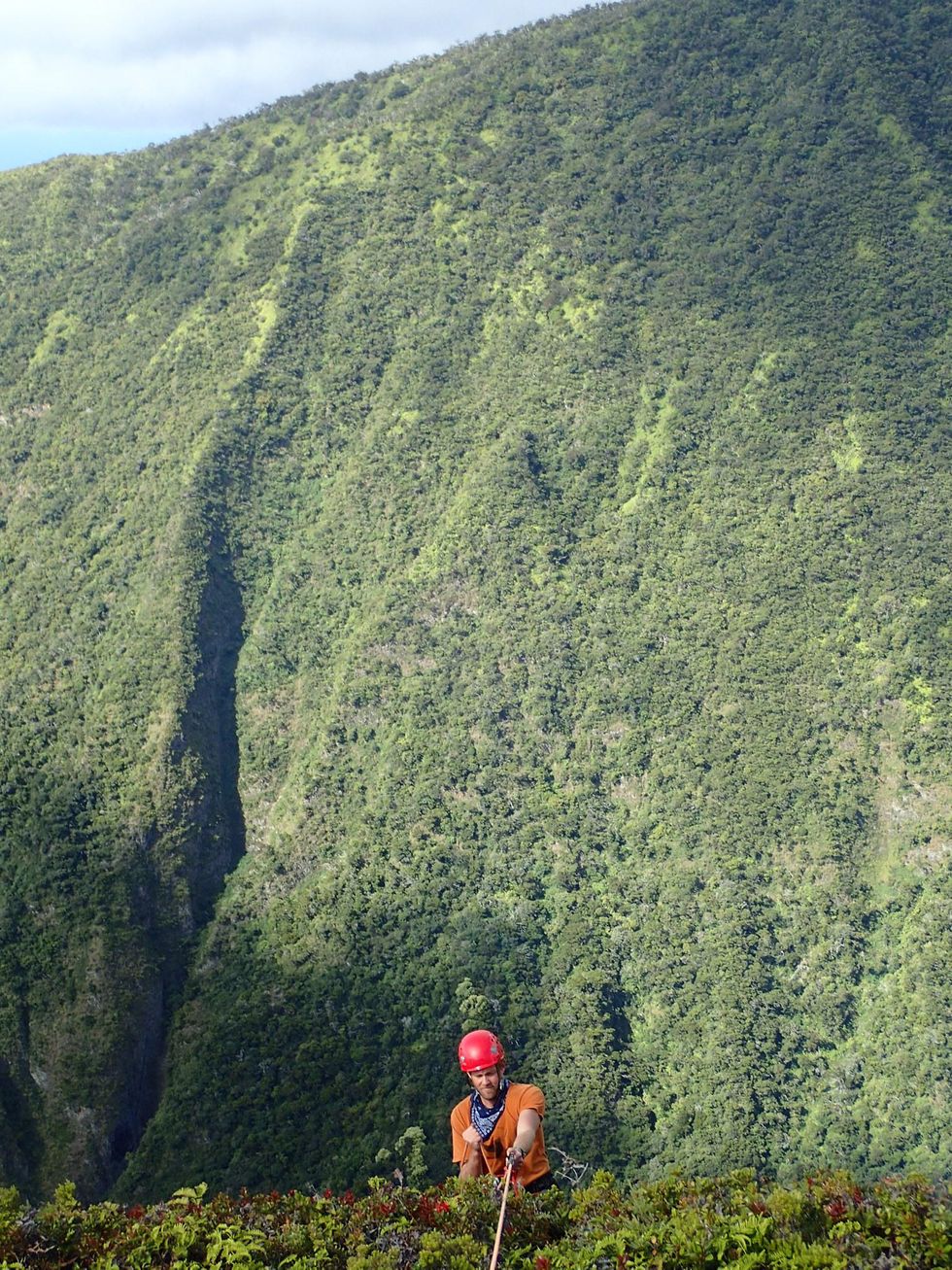 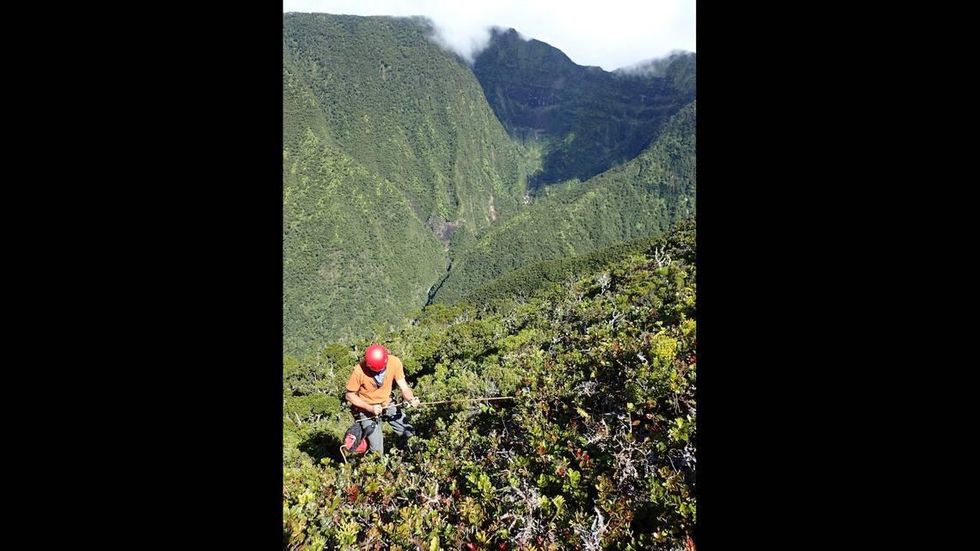 The steep slopes of the area where the new plant was found.

Botanist Steve Perlman of PEPP, shared his feelings on the thrill of finding a new species like this:

"So, few people study and know the flora and fauna well enough to recognize when a new species of plant, insect or bird lies in front of them," said Perlman. "Saving the plants that have evolved all over the world is so important. The age of discovery is not over! These jewels of creation represent the wonderful diversity of the planet earth and we will never see their like again."

DLNR is looking for funding to put up a fence that would keep out anyone who might damage numerous sites it is protecting.