A new study shows that at least one long-ago journey would have required deliberate navigation.

It's something experts are still piecing together, but there's a growing body of evidence that as humans left Africa and scattered across the globe, they often did so by traversing land bridges that are now underwater, and, in other cases, by crossing oceans.

There was really no other way they might have gotten to Australia, for example, even linked as it was for a time with New Guinea as the Sahul landmass. There was always ocean between the continent and Asia, from which its early inhabitants apparently came. It may well have been a less daunting passage at times of lower sea levels, however.

What, if anything, guided ancient mariners to the places they reached remains an intriguing riddle. Did they just drift on currents hoping to bump into somewhere to land, or was their navigation more intentional?

A new study from researchers at the University of Tokyo suggests the latter, at least in the case of the ancient migration from Taiwan to the Ryukyu Islands in southwestern Japan—Okinawa is one of the those islands—some 30,000 to 35,000 years ago.

The study is published in the journal Scientific Reports.

Not an easy trip

Yosuke Kaifu of the University Museum at the University of Tokyo and his colleagues sought to answer the longstanding riddle. "There have been many studies on Paleolithic migrations to Australia and its neighboring landmasses," said Kaifu in a press release, "often discussing whether these journeys were accidental or intentional."

"Our study looks specifically at the migration to the Ryukyu Islands because it is not just historically significant, but is also very difficult to get there."

The ancient sailors would have known of the islands because they were visible from the top of a mountain on the coast of Taiwan, although not down along the coast itself.

The waters between Taiwan and the Ryukyu Islands represented an opportunity for the researchers since they are dominated by the Kuirishio current, one of the strongest currents in the world. The researchers' hypothesis was that sailors were unlikely to have crossed it accidentally. Says Kaifu, "If they crossed this sea deliberately, it must have been a bold act of exploration." 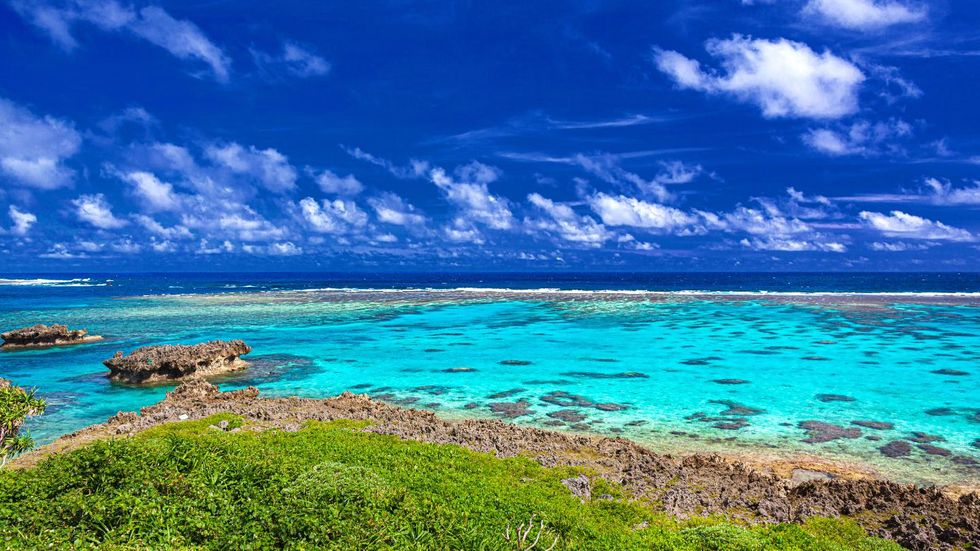 Buoys will be buoys

Kaifu had long been interested in devising some kind of experiment to better understand those who made the journey but, "had no idea how to demonstrate the intentionality of the sea crossings." Upon meeting the study's Taiwanese co-authors, experts in the Kuirishio, the outlines of a plan because clear.

To test the possibility of an accidental arrival at the Ryukyu Islands, Kaifu and his team set 138 satellite-tracked buoys adrift and tracked how many of them managed to float over to the islands.

"Only four of the buoys came within 20 kilometers of any of the Ryukyu Islands, and all of these were due to adverse weather conditions," explains Kaifu. This was an unlikely factor in the human travelers' voyage because, "If you were an ancient mariner, it's very unlikely you would have set out on any kind of journey with such a storm on the horizon."

The results reveal that the current was more likely to take ancient sailors anywhere but the islands. "What this tells us is that the Kuroshio directs drifters away from, rather than towards, the Ryukyu Islands; in other words, that region must have been actively navigated." 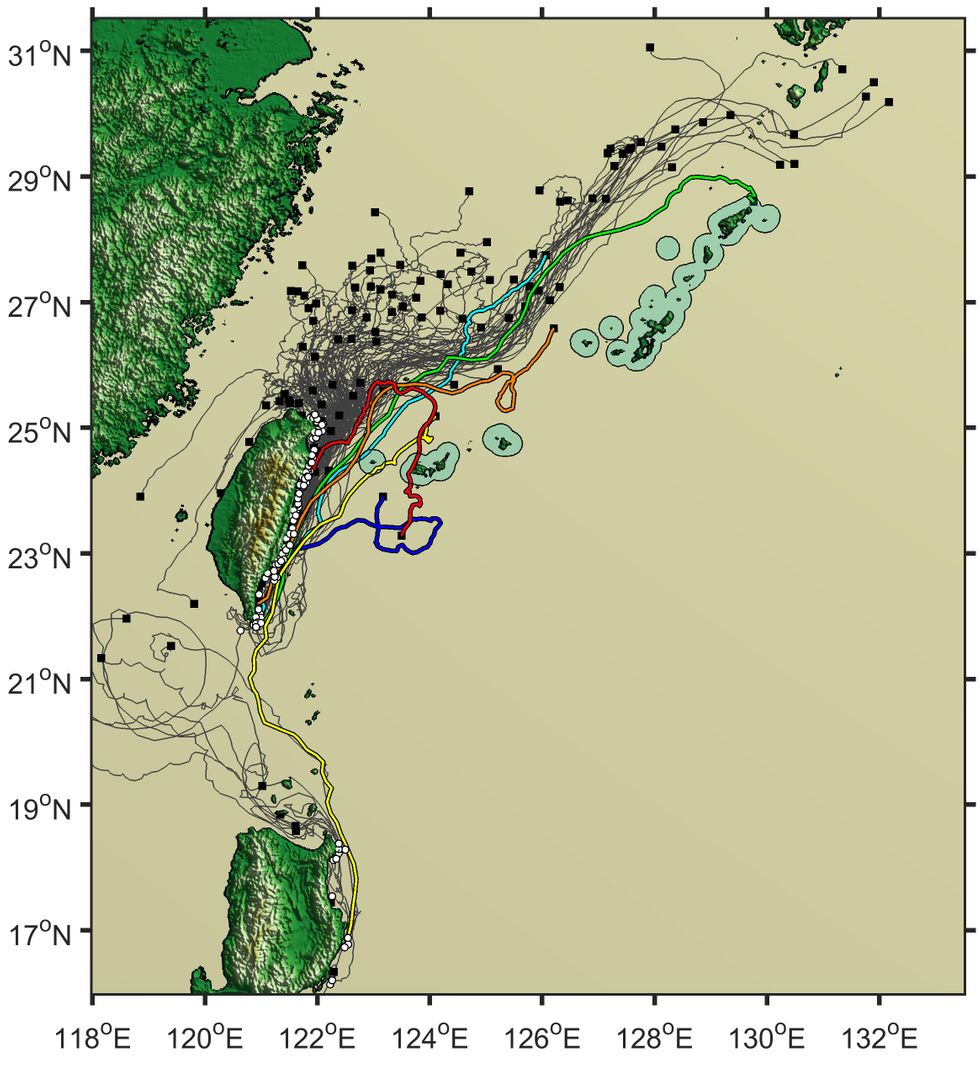 Where the buoys traveled

Supporting the researchers findings are geologic records from the area that suggests the Kuirishio hasn't changed since the mariners' journey so long ago — it's been present in its current form for about 100,000 years.

The research appears to answer the riddle of at least this one ancient migration, says Kaifu: "Now, our results suggest the drift hypothesis for Paleolithic migration in this region is almost impossible. I believe we succeeded in making a strong argument that the ancient populations in question were not passengers of chance, but explorers."