What are the privileges of the former president ?

American elected officials have to follow specific standards, and even the rules for former presidents are strict. Some policies ensure the safety of former presidents; others maintain a level of governmental transparency and diplomacy.

Many of the things ex-presidents do are rooted in historical necessity. For instance, when Harry Truman left office in 1953, he and former First Lady Bess Truman were penniless. Lawmakers passed the Former Presidents Act in 1958 to provide for Truman and every POTUS after him. Since then, the act has been revised to include additional guidelines, serving as a rubric for every former commander-in-chief.

They Can Stay In The Presidential Townhouse The Presidential Townhouse is adjacent to the White House. In 1969, Richard Nixon designated it as the official lodging for former presidents visiting Washington, DC. The home has five stories, several bedrooms, two dining rooms, and accommodations for the Secret Service.

A support fund covers the cost of maintaining the townhouse.

They Can't Drive On Open Roads After the assassination of John F. Kennedy in 1963, the presidential security detail changed significantly. To ensure their safety, current and former American presidents aren't allowed to drive on open roads. This rule has been on the books since Lyndon Johnson left office, but in 2017, George W. Bush made the fact public when he told Jay Leno.

Even vice presidents must follow the no-driving rule. In 2014, Joe Biden mentioned, "There are a lot of reasons to run for president, but there's one overwhelming reason not to run for president. I like to get that [Corvette] Z06 from zero to 60 in 3.4 seconds."

They're Encouraged To Travel 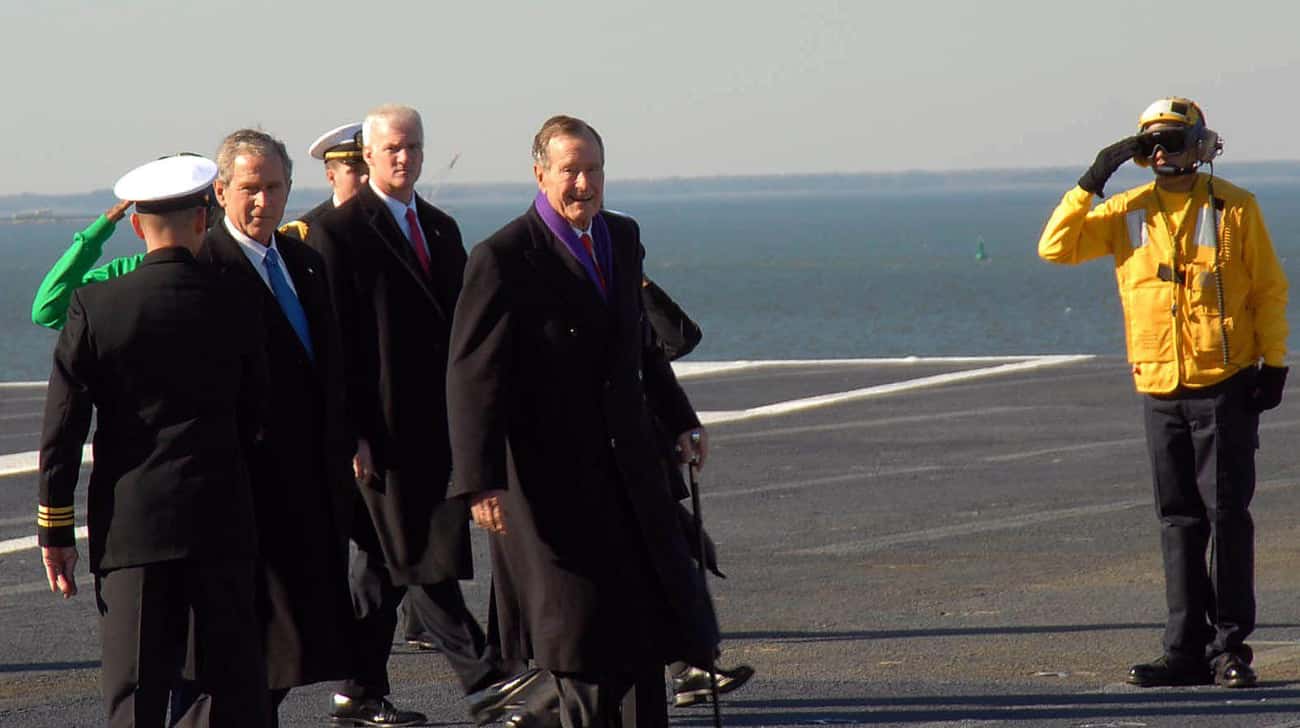 Former presidents still have civic duties to uphold after their time in office. Namely, they're supposed to travel. To encourage ex-presidents to continue serving as goodwill ambassadors for the nation, the government offers them a $1 million annual travel budget. 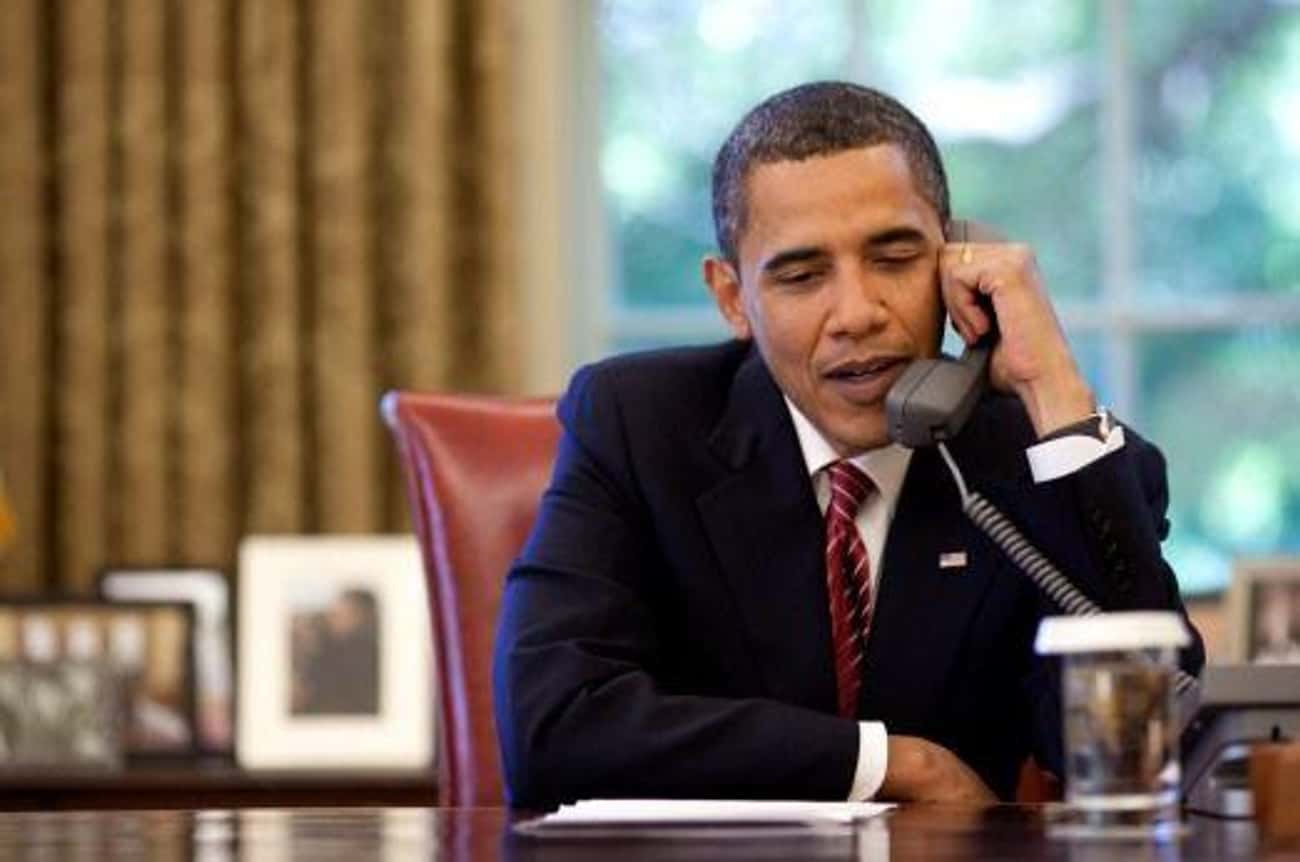 Former presidents still receive national security briefings, although they aren't given updates as often as the sitting POTUS. This allows ex-presidents to advise members of Congress and the current commander-in-chief in times of national crisis.

Bill Clinton declined security briefings when his wife Hillary Clinton was Secretary of State. He wanted to comment more freely on national and international issues.

They Receive A Transition Stipend After Leaving Office For six months after the end of their presidential term, former heads of state receive funding for business affairs and government matters. The money is supposed to help with the transition process, and even presidents who resign are given this stipend.

They Must Establish A Presidential Library Passed in 1955, the Presidential Libraries Act encourages former presidents to donate their presidential papers and any other historical materials to establish an official library. Their actions are supposed to be a public service for the nation.

Presidents typically open their libraries to the public, and many choose to be buried on the premises.

They Can Keep Their Government Health Benefits All former presidents, as well as their spouses and underage children, are entitled to treatment at military hospitals. As former federal employees, many presidents are also eligible to receive government healthcare. Alternatively, they can pay for private insurance plans, but the government does not cover those costs.

They Receive A Pension After Leaving Office Former presidents receive a lifetime pension after leaving the White House. The Former Presidents Act established this practice to "maintain the dignity of the Office of the President." The fund includes an annual salary of nearly $208,000 as of 2017.

The former leaders also receive an annual sum of $150,000 for about two years after their presidency to employ a private staff. After that, the rate goes down to $96,000.

They Can Use Military Hospitals Former presidents can choose to go to military hospitals for medical treatment. While American presidents don't typically go into battle, their one-time position as commander-in-chief gives them secretarial designee status.

They Receive A Secret Service Detail For Life Former presidents receive a Secret Service detail for life. They can typically decide how much protection they want, however, adjusting it to fit their needs and preferences. Ex-presidents can also secure protection for immediate family members. Their children, for example, have full security until they turn 16.

In 1985, Richard Nixon became the first and only former president to stop using Secret Service protection.

They Can Have A State Funeral 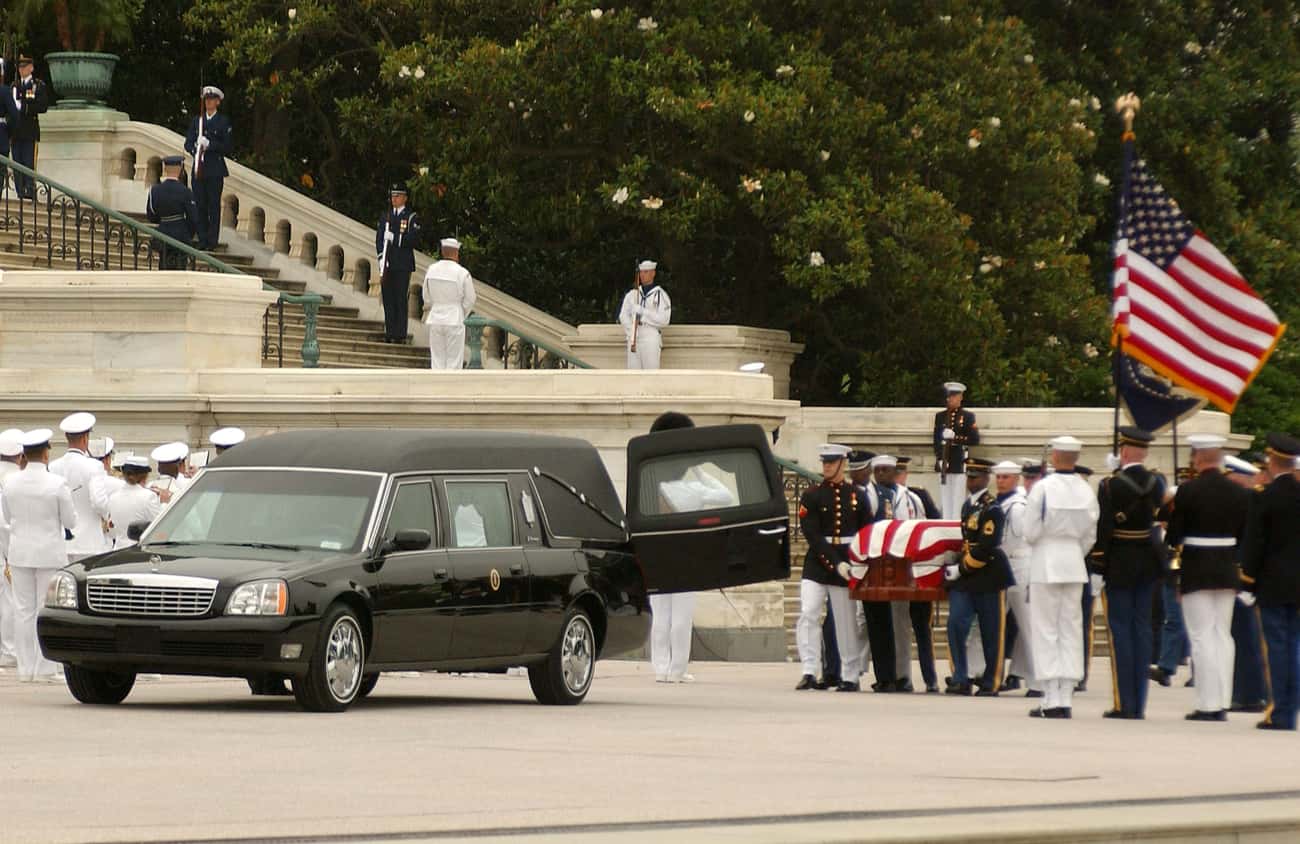 Former US presidents are entitled to state funerals. They can choose to forgo the pomp of formal state burials, but if they do prefer that option, the ceremony must follow specific rules. Processions have to move at 20 miles per hour, and the military guard has to walk in a very particular way.

Ronald Reagan was buried in 2004; he had the first state funeral in more than 30 years.