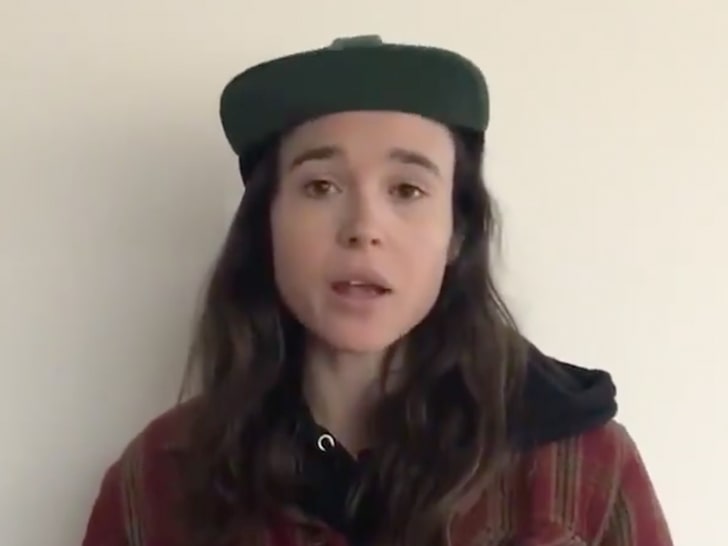 "Juno" and "Umbrella Academy" star Elliot Pageis coming out as trans ... he shared his truth Tuesday morning, saying he's finally loving himself enough to pursue his "authentic self."

Elliot says folks in the trans community inspired him to come out, and he's pledging to support them and try and make our society more loving and equal.

While Elliot, formerly known as Ellen, says he's happy to come out as trans, he says he's also scared ... because of the invasiveness, hate, jokes and violence that too often happen to the trans community.

Elliot addresses the threats facing the trans community head-on, saying he will do everything he can to take on the "harassment, self-loathing, abuse and threat of violence every day." He takes a pointed shot at "political leaders" who've attacked the trans community. Although Elliot doesn't name names ... in the past, he's been vocally critical of Vice President Mike Pence.

As you know ... he previously came out as gay when he was still going by Ellen back in 2014, but now he's going by Elliot and he says he loves being trans and queer.

Most Popular This Week
1
Keanu Reeves revealed how he felt when the photo ...
2
We Keep Returning to The Matrix
3
Harvey Weinstein's Importance
4
Elon Musk is so beloved by Time Magazine's owner ...
5
Getting a Glimpse of the Age of Woke Comic ...
6
Chris Wallace, farewell, and hello (maybe) to a better ...
7
How Hollywood transformed a Nazi into a hero
8
Jussie Smollett Is Roasted By Dave Chappelle For Faking ...
9
The BLM's leader backs Jussie Smollett and calls the ...
10
Lauren Boebert's Christmas Gun Photo Drives AOC Crazy