A brief history of human dignity

What is human dignity? Here's a primer, told through 200 years of great essays, lectures, and novels.

In a New York Times essay published the day of his funeral on July 30, 2020, Congressman John Lewis wrote that his "last days and hours"—in which he watched widespread protests over George Floyd's murder and saw a square in downtown D.C. christened Black Lives Matter Plaza—filled him with hope. "Around the country and the world you set aside race, class, age, language and nationality to demand respect for human dignity."

Human dignity is a powerful phrase invoked to peacefully protest against violence, discrimination, and authoritarianism. But when we talk about human dignity, what do we mean?

The inherent worth of all human beings

Human dignity is the inherent worth of each individual human being. Recognizing human dignity means respecting human beings' special value—value that sets us apart from other animals; value that is intrinsic and cannot be lost.

Liberalism—the broad political philosophy that organizes society around liberty, justice, and equality—is rooted in the idea of human dignity. Liberalism assumes each of our lives, plans, and preferences have some unimpeachable value, not because of any objective evaluation or contribution to a greater good, but simply because they belong to a human being. We are human, and therefore deserving of a baseline level of respect.

Because so many of us take human dignity for granted—just a fact of our humanness—it's usually only when someone's dignity is ignored or violated that we feel compelled to talk about it.

But human dignity means more than the absence of violence, discrimination, and authoritarianism. It means giving individuals the freedom to pursue their own happiness and purpose—a freedom that can be hampered by restrictive social institutions or the tyranny of the majority. The liberal ideal of the good society is not just peaceful but also pluralistic: It is a society in which we respect others' right to think and live differently than we do.

From the 19th century to today

With Google Books Ngram Viewer, we can chart mentions of human dignity from 1800-2019.

Then we can search through individual mentions to find how human dignity was discussed and understood over the last 200 years.

For example, German rabbi Dr. Samuel Hirsch gave a lecture in 1853 on "The Religion of Humanity" in which he condemned slavery. "That which we love in ourselves, our true human dignity, compels us to recognize and love the same human dignity in all others," Hirsh said. He wrote:

If I can look upon my brother-man as a creature, as a thing void of any will of his own, instead of as a free personality, that furnishes ample proof that I have not yet recognized the true human dignity in myself. To own slaves is spiritual suicide and homicide. This sin is in no way excusable on account of the kind treatment accorded to the slaves by their owner, as he never can treat them humanely. When man becomes a piece of property he is robbed of his human dignity.

In 1917, Kansas State Normal School published a journal on teaching that called for instructors to help each pupil "make completer use of his one lifetime" because "an abundant life, a life of awareness, a life of dignity is an undertaking worthy of gods."

Thomas Bell's 1941 novel Out of the Furnace centered on an immigrant Slovak family in Pennsylvania. A character muses that it wasn't "where you were born or how you spelled your name or where your father had come from" that mattered; instead,

It was the way you thought and felt about certain things. About freedom of speech and the equality of men and the importance of having one law—the same law—for rich and poor, for the people you liked and the people you didn't like. About the right of every man to live his life as he thought best, his right to defend it if anyone tried to change it and his right to change it himself if he decided he liked some other way of living better…. About human dignity, which helped a man live proudly and distinguished his death from animals; and finally, about the value to be put on a human life, one's enemy's no less than one's own.

In a 1953 speech, then Secretary of State John Foster Dulles argued that communist countries might be able to achieve short-term material gain, but "results so produced are not a glory but a shame. They are achieved by desecrating the dignity of the human individual." Dulles believed human dignity meant being entitled to a life that included physical well-being and "freedom to think, to believe, and to communicate with one's fellows," "opportunities which permit some exercise of individual choices," and "the contemplation and enjoyment of what is beautiful." 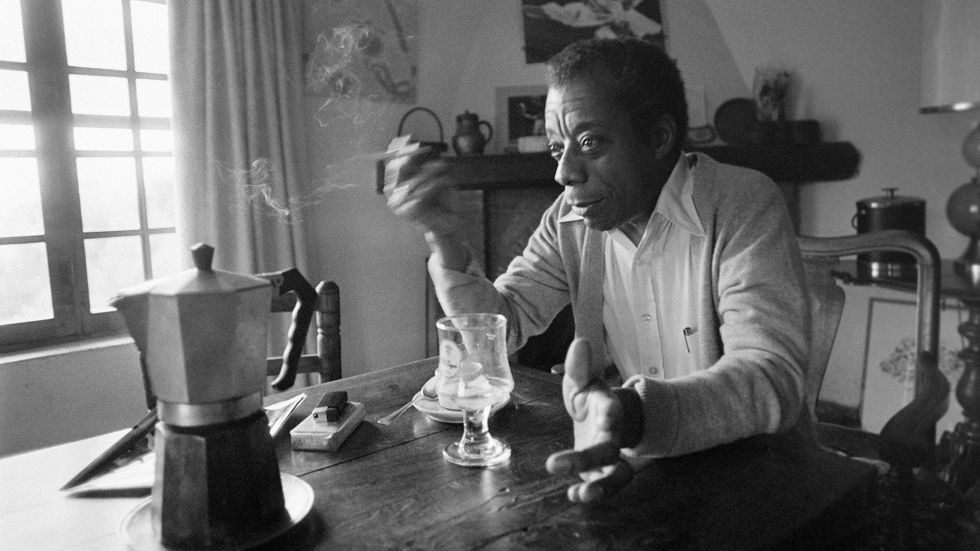 One hundred years after U.S. law stopped allowing Black Americans to be treated as property, Black writer James Baldwin was still calling for Black Americans' dignity to be equally recognized. It was not enough, not nearly enough, that the 14th Amendment ensured equal protection of the laws; what mattered was how Black Americans were treated by their fellow human beings. In a 1960 Canadian television interview, Baldwin said, "I don't know what white people see, you know, when they look at a Negro anymore. But I do know very well—I realized when I was very young—that whatever he was looking at, it wasn't me… I was not a man."

In his seminal 1963 book The Fire Next Time, Baldwin seemed to echo Dr. Hirsh's argument from a century earlier:

I am very much concerned that American Negroes achieve their freedom here in the United States. But I am also concerned for their dignity, for the health of their souls, and must oppose any attempt that Negroes may make to do to others what has been done to them. I think I know—we see it around us every day—the spiritual wasteland to which that road leads. It is so simple a fact and one that is so hard, apparently, to grasp: Whoever debases others debases himself.

This, then, is a common thread in our historic understanding of human dignity: Anyone who treats another human being as less than human undermines their own human dignity in addition to undermining the dignity of their victim.

The future of dignity

Around the world, people are still working toward the full and equal recognition of human dignity. Every year, new speeches and writings help us understand what dignity is—not only what it looks like when dignity is violated but also what it looks like when dignity is honored. In his posthumous essay, Congressman Lewis wrote, "When historians pick up their pens to write the story of the 21st century, let them say that it was your generation who laid down the heavy burdens of hate at last and that peace finally triumphed over violence, aggression and war."

The more we talk about human dignity, the better we understand it. And the sooner we can make progress toward a shared vision of peace, freedom, and mutual respect for all.

More from: Nicole Yeatman
1
What are the goals of colleges and universities?
2
What is the purpose of universities?
3
Could price gouging during a crisis actually be moral?
4
A brief history of human dignity
Filed under innovation ,  history ,  internet ,  global development ,  media ,  technology ,  animals ,  biodiversity ,  biosphere ,  discovery ,  fish ,  oceans ,  marine biology ,  biology ,  drugs ,  psychology ,  nature ,  science ,  food