NASA Scientists Uncertain What Object is Speeding Toward Earth

New Monolith Surfaces in Romania After One in Utah Desert Vanishes

It's a mystery shrouded in a mystery ... the monolith has disappeared. 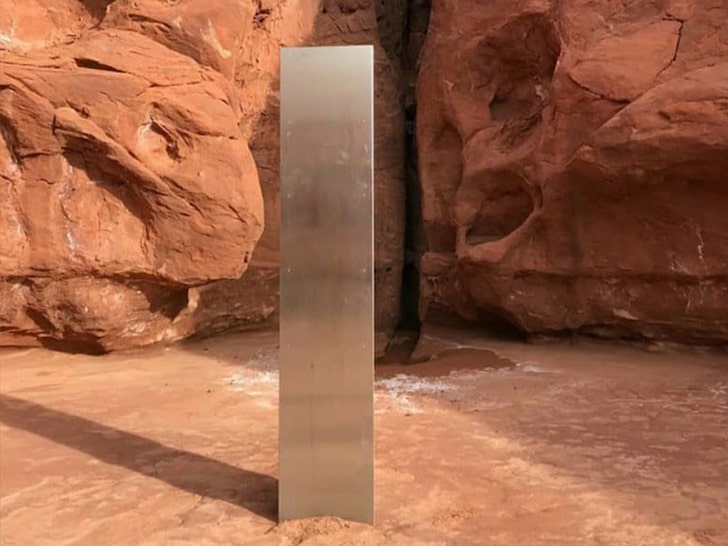 It's a mystery shrouded in a mystery ... the monolith has disappeared.

The shiny metal, which was adorned a remote area of Utah, is there no more ... according to Utah officials.

All they would say is that it was removed Friday evening, but they don't know who did it.

The monolith was planted on land managed by the federal Bureau of Land Management.

Here's what the officials said ... "We have received credible reports that the illegally installed structure, referred to as the “monolith” has been removed from Bureau of Land Management (BLM) public lands by an unknown party. The BLM did not remove the structure which is considered private property. We do not investigate crimes involving private property which are handled by the local sheriff’s office. The structure has received international and national attention and we received reports that a person or group removed it on the evening of Nov. 27.” 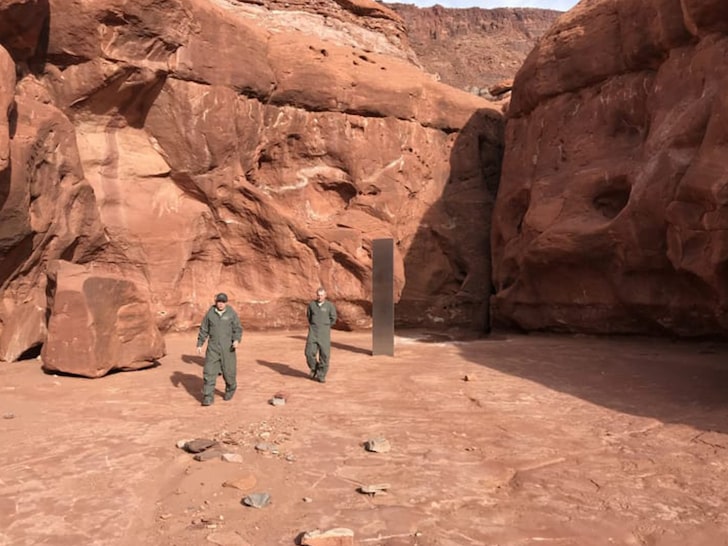 It seems someone used a concrete-cutting tool to remove the monolith. Removing it must have been a bitch, because it was buried deep in the ground.

The Bureau of Land Management said it would NOT be investigating the circumstances surrounding its removal -- it's leaving it up to the local sheriff.

The monolith was discovered Monday when someone surveying bighorn sheep came upon it.  There are wild theories that aliens planted it -- of course. Then again, it's 2020, so who knows?