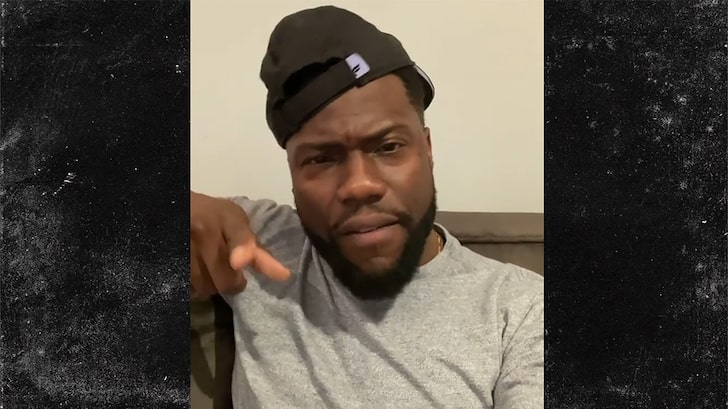 Kevin Hart's personal appearance in a mass public convo about his new Netflix special has received all types of interpretations -- but one that Kevin himself says isn't true is that the chat was in any way about Black women or belittling them.

The comedian hopped on Instagram to address the scrutiny and backlash he's received for joining a live Clubhouse chat room earlier this week titled "Is Kevin Hart funny??" and engaging with dozens of real people on the subject.

The reason the group was started in the first place is because of Kevin's new comedy special, "Zero F***s Given," in which at one point he jokes about his 15-year-old daughter, saying he's already seeing "hoe activity" from her.

Of course, Kevin referring to his daughter as a hoe -- even jokingly -- raised eyebrows, and folks on Clubhouse decided to have an honest dialogue about whether he was promoting, wittingly or unwittingly, the degradation of Black women by evoking a trope about none other than his own kid, who's still a minor.

Welp, Kevin caught wind of the Clubhouse chat room and joined himself -- and part of that conversation was captured by a third party and posted online. It looks like this thing went at least 15 minutes, if not more, and there's a lot of voices in the room ... sometimes all talking at once or over one another at various points.

There were lots of topics covered, but one that kept getting revisited -- and which was later dissected on Twitter as well -- was the idea that Kevin's male fans have a tendency to shut down, write off and silence Black women who criticize Kevin whatsoever ... which they felt was part of a toxic culture he perpetuates.

Fast-forward to Kevin's response ... and it's pretty clear he saw it as a constructive conversation with actual people who had different viewpoints on him and his comedy. He insists the narrative that the whole Clubhouse chat was aimed at Black women or meant to pit him against Black women is completely false.

Had an amazing conversation in the Clubhouse app today....Real talks with real people....this is the direction that social media is now going to. Pretty dope

You can listen to the conversation for yourself and decide what's what, but it seems like Kevin liked talking it out with people ... but just didn't enjoy the analysis that followed -- much of which was critical of him and his supporters.

BTW, Kevin also touches on why he got in on the Clubhouse chat to begin with, and says the pandemic has forced his hand in getting creative for marketing and promotion. We're all evolving, aren't we?