Australian researchers figure out a new way to apply extreme pressure and squeeze out diamonds.

It may not always be cool to admit you were a fan of Superman as a kid, but one thing about Supe that was inarguably cool was that he could close his hands around coal—chunks of carbon—squeeze, and open them up to reveal a brand-new diamond. Now, researchers at Australian National University (ANU) and RMIT University in Melbourne have pretty much worked out the Man of Steel's trick. They've created diamonds from bits of carbon in a lab at room temperature by applying an extraordinary amount of slightly off-axis pressure.

Their research is published in the journal Nano-Micro Small.

They totally crushed it

"Natural diamonds are usually formed over billions of years, about 150 kilometers deep in the Earth where there are high pressures and temperatures above 1,000 degrees Celsius," one of the lead researchers, ANUs Jodie Bradby, told the university.

The scientists were able to make two types of diamonds: the usual kind you'd find in an engagement ring, and Lonsdaleite diamonds. Lonsdaleite diamonds are naturally produced at meteorite impact sites such as Canyon Diablo in the U.S. They're about 58 percent harder than other diamonds, and have a different crystalline structure.

While diamonds form normally as a result of extreme pressure and heat, it turns out that pressure alone can do it if it's applied in the right way, even at room temperature.

The pressure they exerted was considerable—the equivalent of the weight of about 640 African elephants concentrated on a very small area. 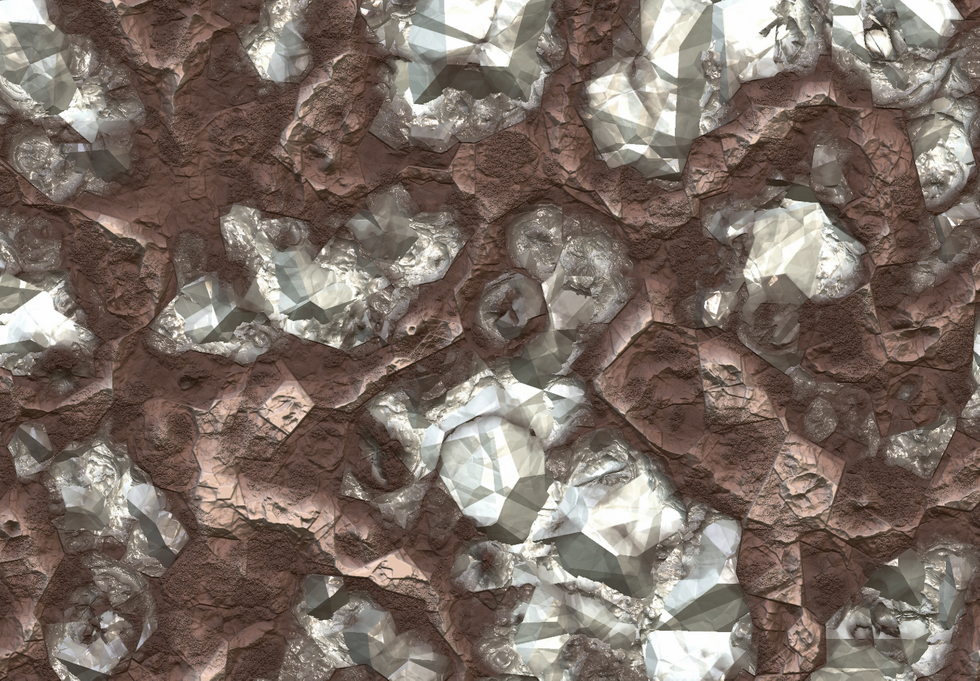 The rest of the team's formula has to do with how the pressure is applied.

Co-leader of the research, Dougal McCullough, and his team working at RMIT used cutting-edge advanced electron microscopy to image slices of experimental diamond samples that provided a peak into their formation.

One revelation was the relationship between the two diamond types. "Our pictures showed that the regular diamonds only form in the middle of these Lonsdaleite veins," says McCulloch. "Seeing these little rivers of Lonsdaleite and regular diamond for the first time was just amazing and really helps us understand how they might form."

"The twist in the story ," says Bradby, "is how we apply the pressure. As well as very high pressures, we allow the carbon to also experience something called 'shear' — which is like a twisting or sliding force. We think this allows the carbon atoms to move into place and form Lonsdaleite and regular diamonds."

The diamonds produced by the team confirm this idea. Bradby recalls, "Seeing these little rivers of Lonsdaleite and regular diamond for the first time was just amazing and really helps us understand how they might form [in nature]."

New diamonds made to order

"Creating more of this rare but super-useful diamond is the long-term aim of this work," says Bradby.

While many may think of diamonds only for their ornamental value, their hardness makes them excellent for cutting through most anything, and they're used in some of the world's most advanced precision cutting systems.

Bradby notes that, "Lonsdaleite [in particular] has the potential to be used for cutting through ultra-solid materials on mining sites."

Next up: flight and x-ray vision. (Joking.)