Doja Cat Reveals the Hilarious Bet She Made With Her Friend Over the 2021 Grammys - E! Online

Mandy Moore Reveals She "Lost a Bunch of Weight" After Getting "Super Sick" Early in Pregnancy - E! Online

The Mandalorian Fans Are Comparing This Mistake to Game of Thrones' Coffee Cup - E! Online

After Kaitlyn Bristowe and Artem Chigvintsev won season 29 of Dancing With the Stars, her boyfriend, Jason Tartick, celebrated by popping a bottle of champagne and jumping up and down. 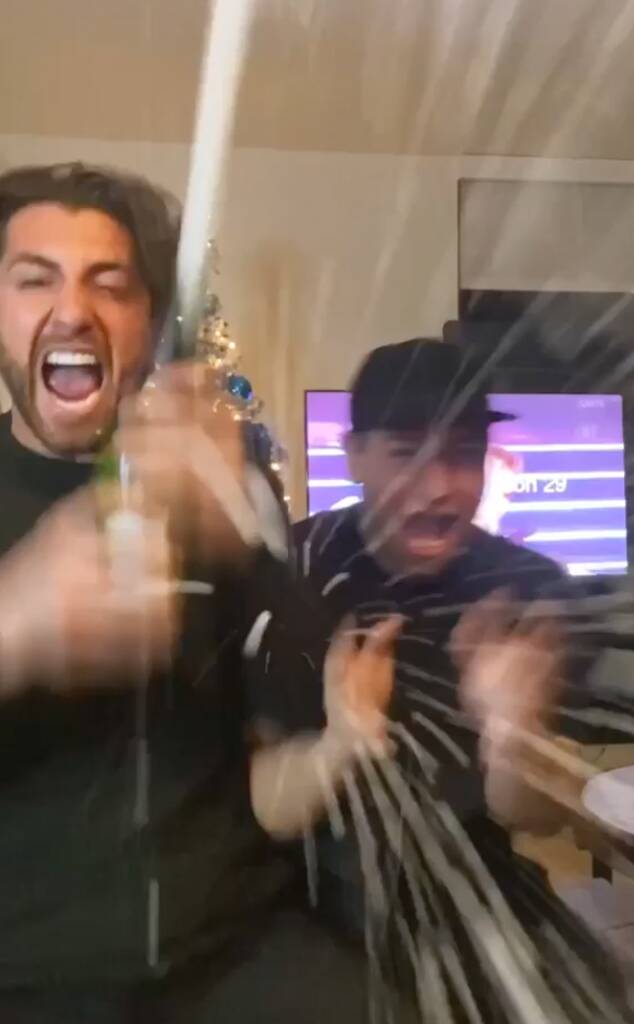 Kaitlyn Bristowe has a whole new reason to feel rosy—she just won Dancing With the Stars!

The Bachelorette alum and her dancing partner Artem Chigvintsev were awarded the mirrorball trophy during the season 29 finale on Monday, Nov. 23. Of course, nobody was more thrilled for the 35-year-old reality star than her boyfriend, Jason Tartick. The 32-year-old posted a video of himself celebrating Kaitlyn's victory on Instagram.

The clip showed Jason and stylist Lo VonRumpf waiting for the final results to be revealed. At this point, it was down to Kaitlyn and Artem and Nev Schulman and Jenna Johnson Chmerkovskiy.

"Say it!" Jason exclaimed as he waited for host Tyra Banks to declare the winner. "Say it! Say it!"

After Tyra named Kaitlyn and Artem the champions, Jason shouted with joy and popped a bottle of champagne—all while playing (what else?) Queen's "We Are the Champions." He then proceeded to jump up and down with excitement and just stare at the TV. He also later FaceTimed with Kaitlyn's mom.

But that's not all. Jason also posted a photo of himself FaceTiming with Kaitlyn as she held her trophy up high. In addition, the fellow Bachelor Nation star shared a sweet snapshot of his leading lady back at home with Jadakiss' "The Champ Is Here" playing in the background.

In fact, Jason provided a play-by-play throughout the evening. For instance, he shared pictures of himself video-calling Kaitlyn in between numbers and praised her for her perfect scores both in the finale and in the prior episode.

So, how is Kaitlyn celebrating her big win? After participating in a bunch of interviews, Kaitlyn said it came down to three things: As she put it, "It's pizza, Nelly's beer and the mirrorball."