His father, Tim Gillean, is the founder of Dallas-based private equity firm Cross Equities and he owns an entire fleet of high-end vehicles.

The teenager, who has 84,000 subscribers on his GG Exotics YouTube page, suffered minor injuries in the crash.

Gage posted footage on his YouTube channel on Wednesday detailing the crash before subsequently switching it to private.

He later posted a photo of himself on Instagram with his left arm in a sling.

In an Instagram story, Gage wrote: 'S**t happens. Thanking God for a second chance at life. Crash could've left us with worse injuries or even death.

'Wanna say thanks to my family, friends and fans for all the messages. Means a lot. '

It is not yet clear what caused the crash but those who saw the wreckage claim Gage may have lost control of the car and crashed into a tree.

He is believed to have been in the car at the time with friend and fellow YouTuber Zach Walker.

Footage from the scene that was posted on social media showed the once showroom-worthy vehicle strewn across the road in the aftermath of the crash.

The car's airbags deployed and most of the vehicle's bodywork was ripped apart.

The driver's door and at least one of the front wheels were ripped off and debris from the purple car could be seen scattered right across the road.

It is not clear if any other vehicles were damaged in the crash based on footage from the scene.

Police responded to the scene and USAGAG.com has contacted them for comment.

Gage's YouTube and social media feeds are filled with photos and videos of him driving and posing with his dad's fleet of hyper cars.

In addition to the now-totaled Pagani, Gage's dad is believed to also own a McLaren Senna, a Ferrari LaFerrari, a Lamborghini Urus and a Rolls-Royce Dawn.

His father only purchased the Pagani in June, according to social media posts.

Gillean also recently bought a $ 20 million mega yacht that his son and his friends were pictured on last month in the Bahamas. 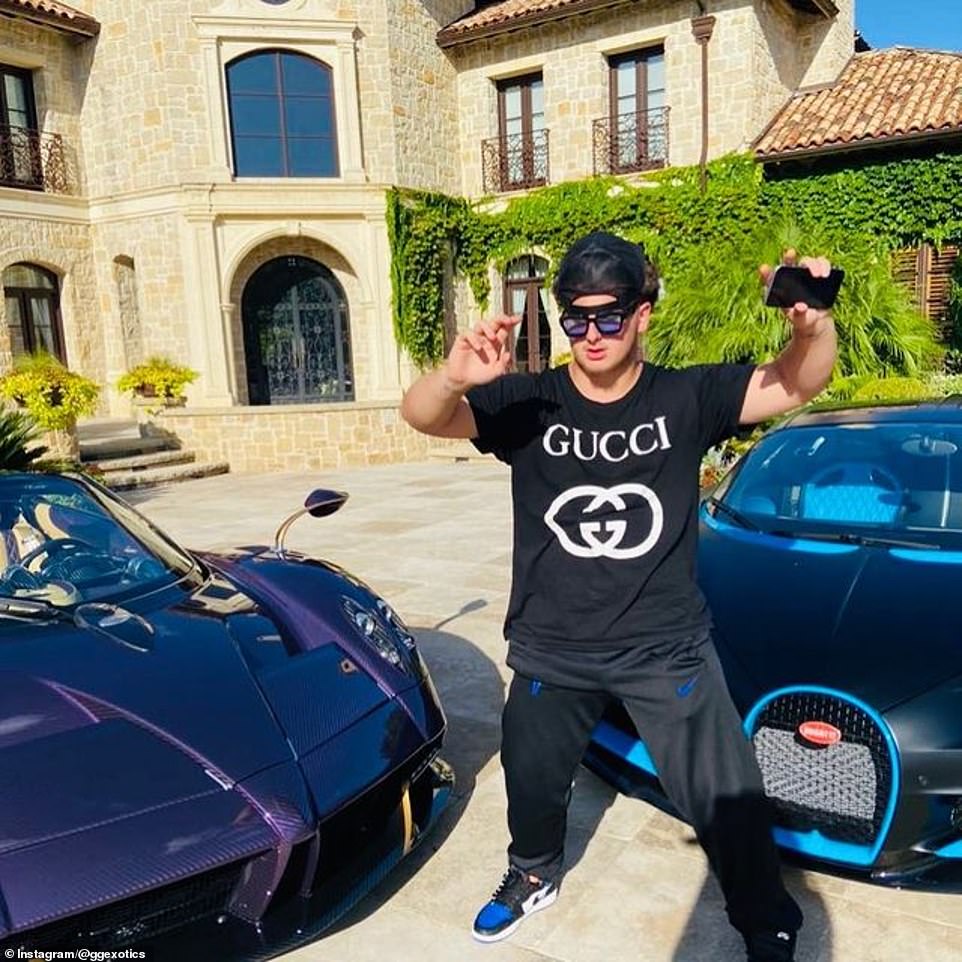 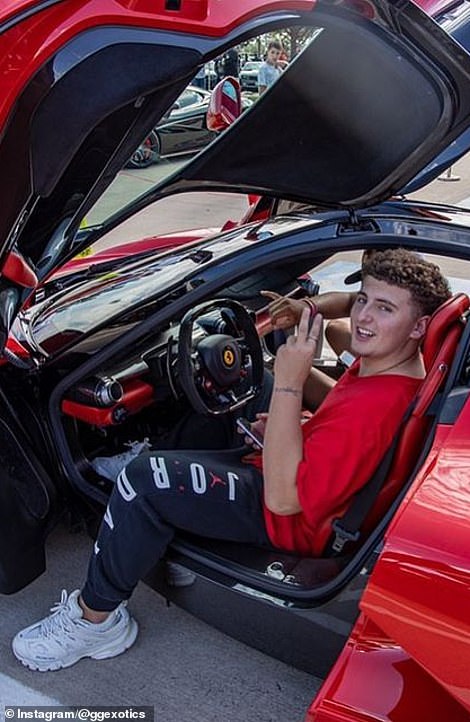 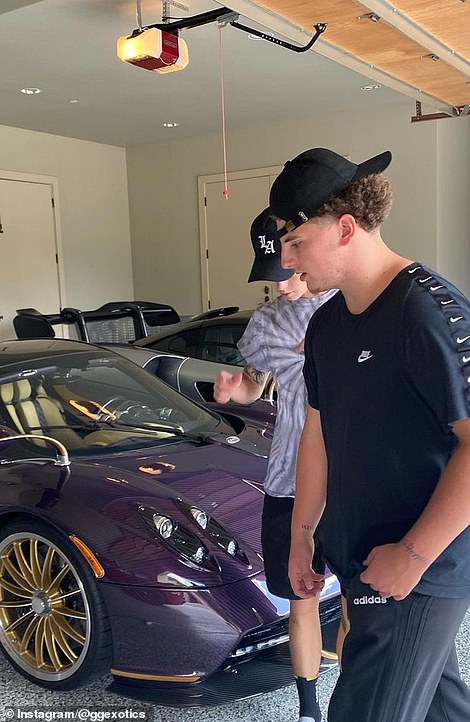 More from: USAGAG
1
Antonio Inoki, a wrestler and politician who once fought ...
2
In the Texas governor's race, Beto O'Rourke and Greg ...
3
After a video for an LSU gymnast, a college ...
4
Meghan Markle was angry about the 2017 cover of ...
Filed under Gage Gillean ,  Pagani Huayra Roadster ,  YouTuber ,  Tim Gillean

Most Popular This Week
1
Antonio Inoki, a wrestler and politician who once fought ...
2
Meghan Markle was angry about the 2017 cover of ...
3
After making a rude comment on a TikTok video, ...
4
Chloë Grace Moretz: The cruel 'Family Guy' meme that ...
5
Coolio, Grammy-Winning ‘Gangsta’s Paradise’ Rapper, Dies at 59
6
Why Chelsea Clinton, as first daughter, wanted to 'fade ...
7
Terry Bradshaw lists his longtime Oklahoma ranch at a ...
8
Lawyer for Hunter Biden's 'sugar brother' is said to ...
9
I'm a flight attendant, and here's how to get ...
10
Meghan Markle didn't know how to act around the ...