Welcome to the Wild Wild West.

Welcome to the Wild Wild West.

In his introductory episode (9:30 p.m. on Fox), Wild is recruited by Peter (Seth MacFarlane) to run for mayor of Quahog against local librarian Elle Hitler.

“My daughter has been a fan of [‘Family Guy’] for a number of years, and it’s because of her that I’ve seen a lot of episodes,” says Elliott, 76. “To be honest, I don’t wait up every week to watch, but I’ve certainly been aware [of the series]. You’ve got to be living in a hole somewhere … There’s no escaping ‘Family Guy.’

“There are a lot of super-intelligent, nice people that produce this and a few friends of mine looked at me and said, ‘Really? You’re gonna do that?'” Elliott says. “They just don’t get [the show]. My contribution is pretty much playing myself … It’s not like they wanted me to come up with a straight ‘character’ voice, so to speak. I’m leaning on the southwestern thing a little bit. Beyond that, I’m playing it fairly straight and letting the jokes take care of themselves.

Elliott is no stranger to voiceover work; his honeyed, Western-tinged tones grace a variety of commercials (including Coors beer and Ram Trucks) and he snared a 2013 Emmy nomination for playing a (claymation) version of himself on “Robot Chicken,” the long-running Adult Swim animated series co-created by Seth Green.

“That’s what really started this,” he says. “It started a lot of things in my life and for my career. I ended up getting a couple of other films [because of ‘Robot Chicken’] and I did a film with Lily Tomlin [‘Grandma’ in 2015] because of it.”

He says that, when he was approached about joining “Family Guy,” producers wanted him to play himself. “I wasn’t interested in doing that,” he says. “Adam [West] had done that and he did it in spades, and that was like a bridge too far for me. I couldn’t imagine being [myself] week after week.

“So they kicked it around and came back with this brilliant idea for Wild Wild West that I couldn’t say no to,” he says. “It’s interesting filling that void, shoes I would never even think about filling … I had to be somebody else — and I’m grateful I happen to be a relative of Adam’s now.” 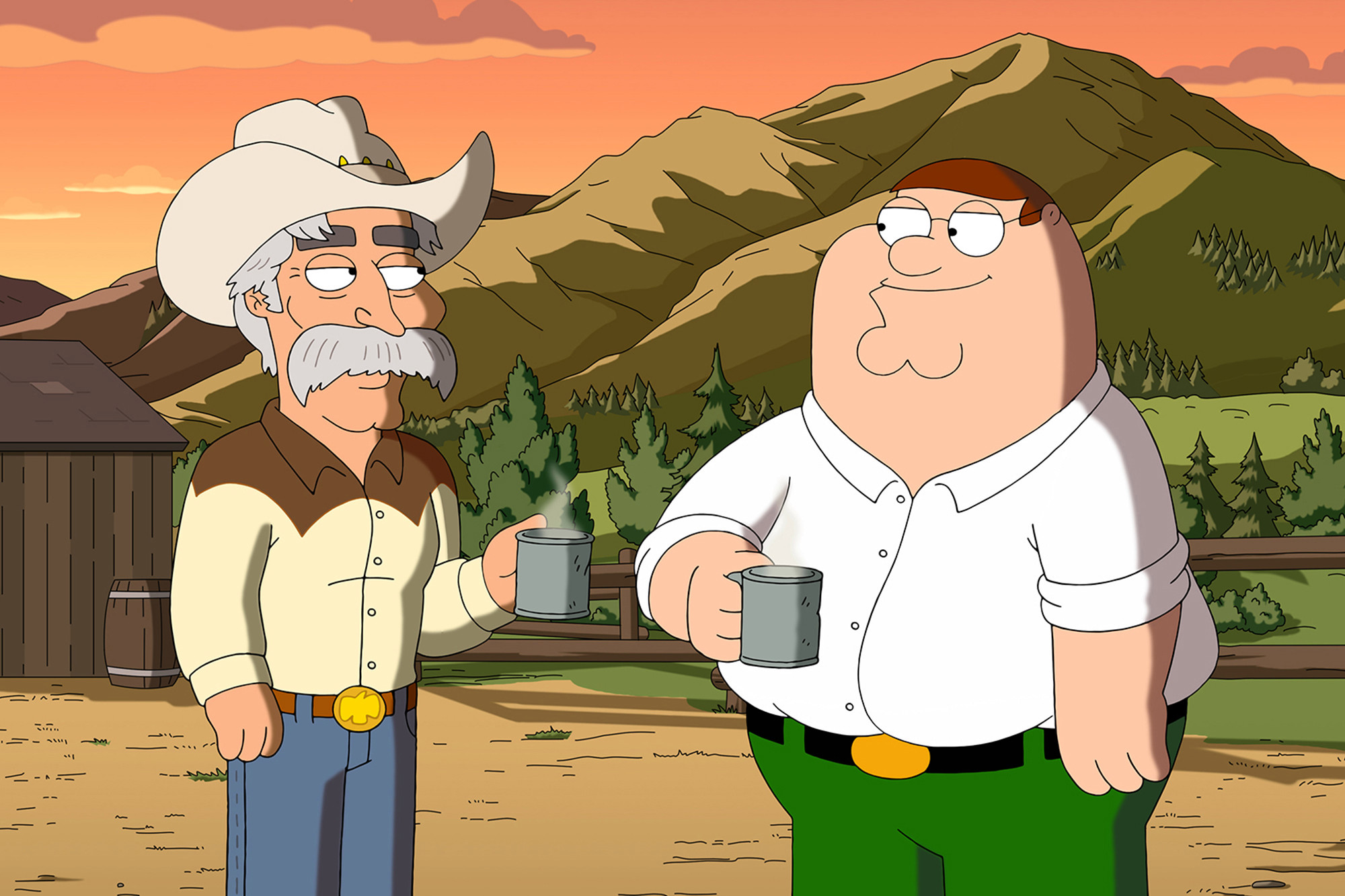 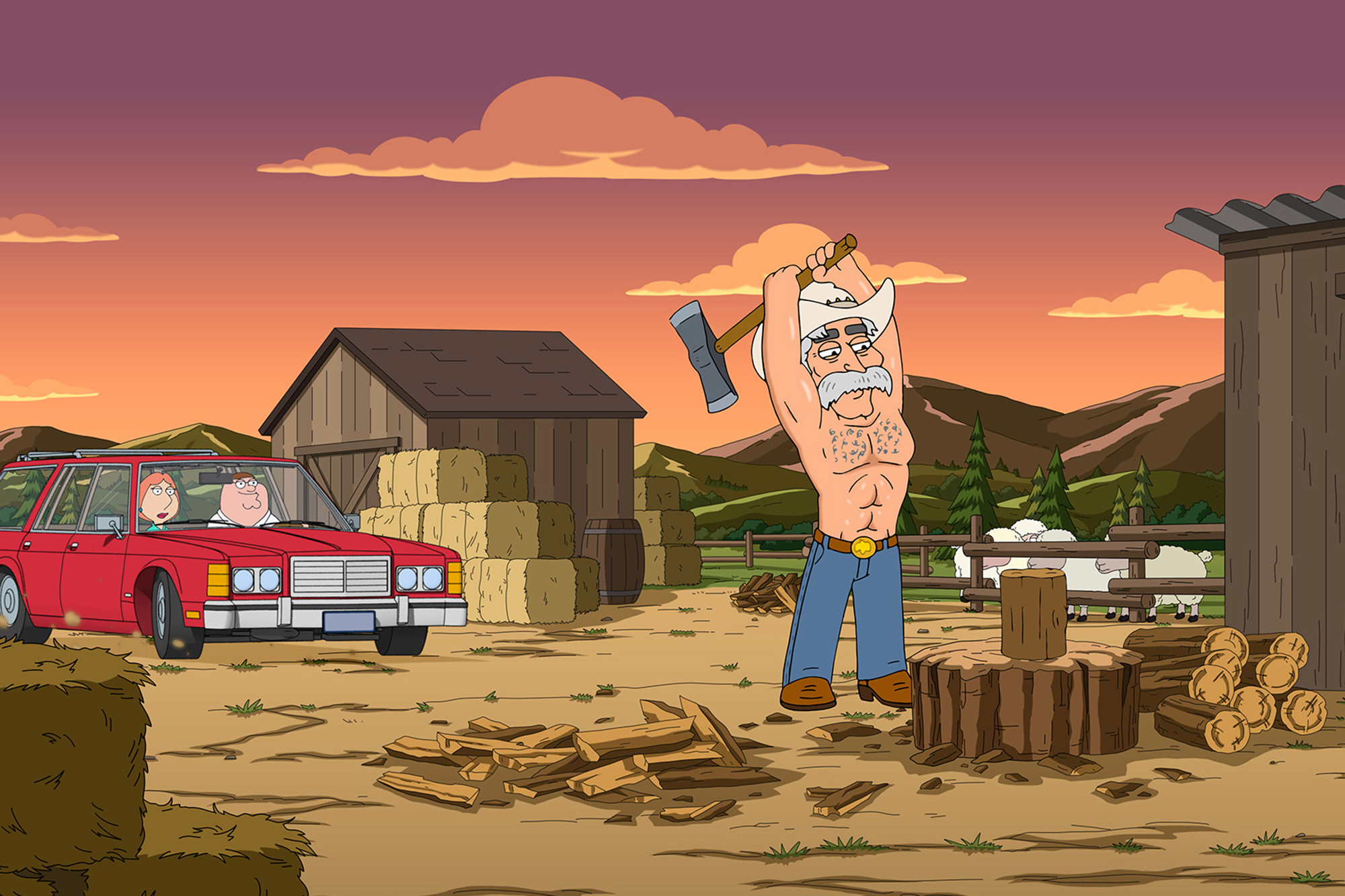 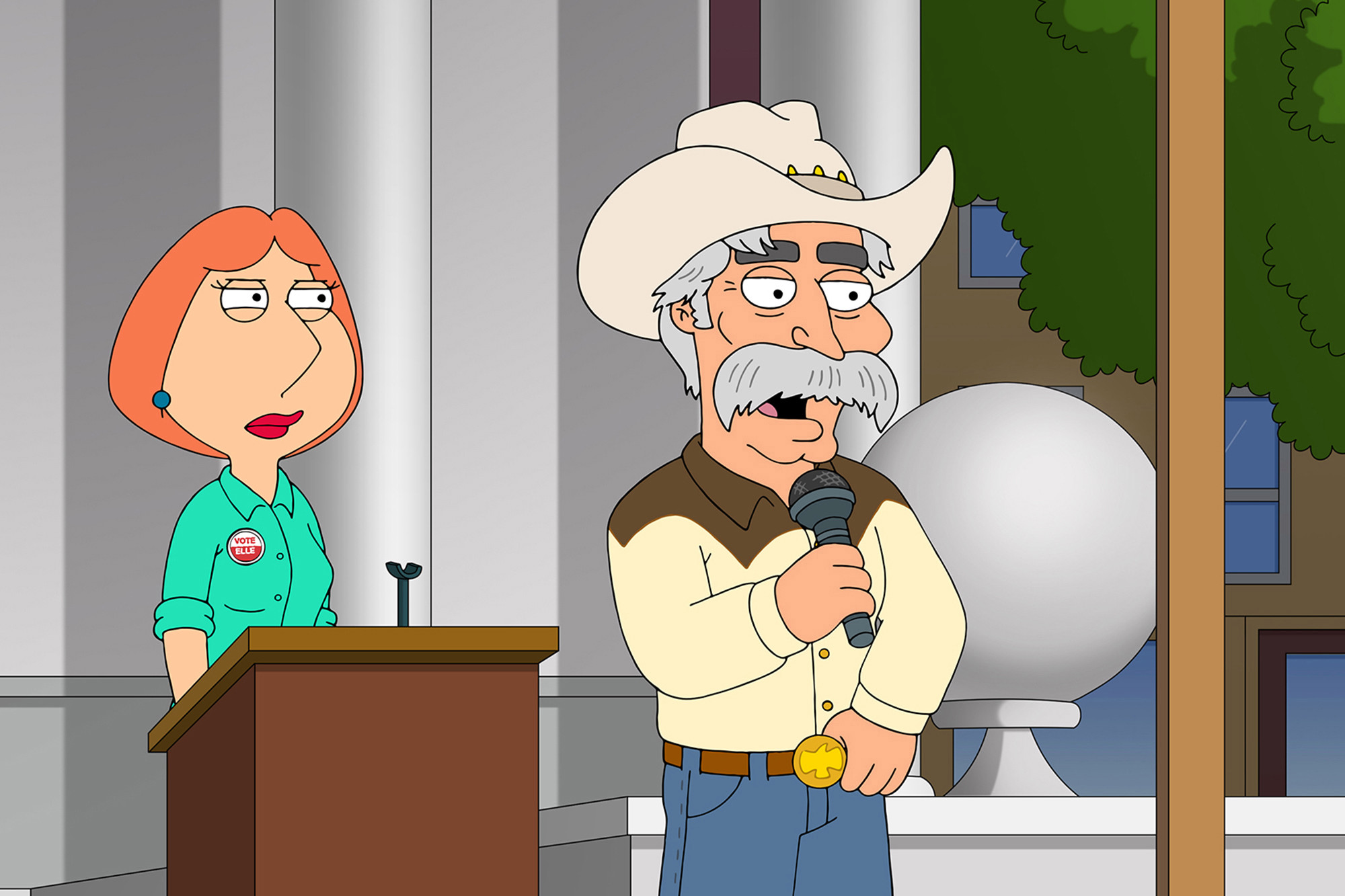 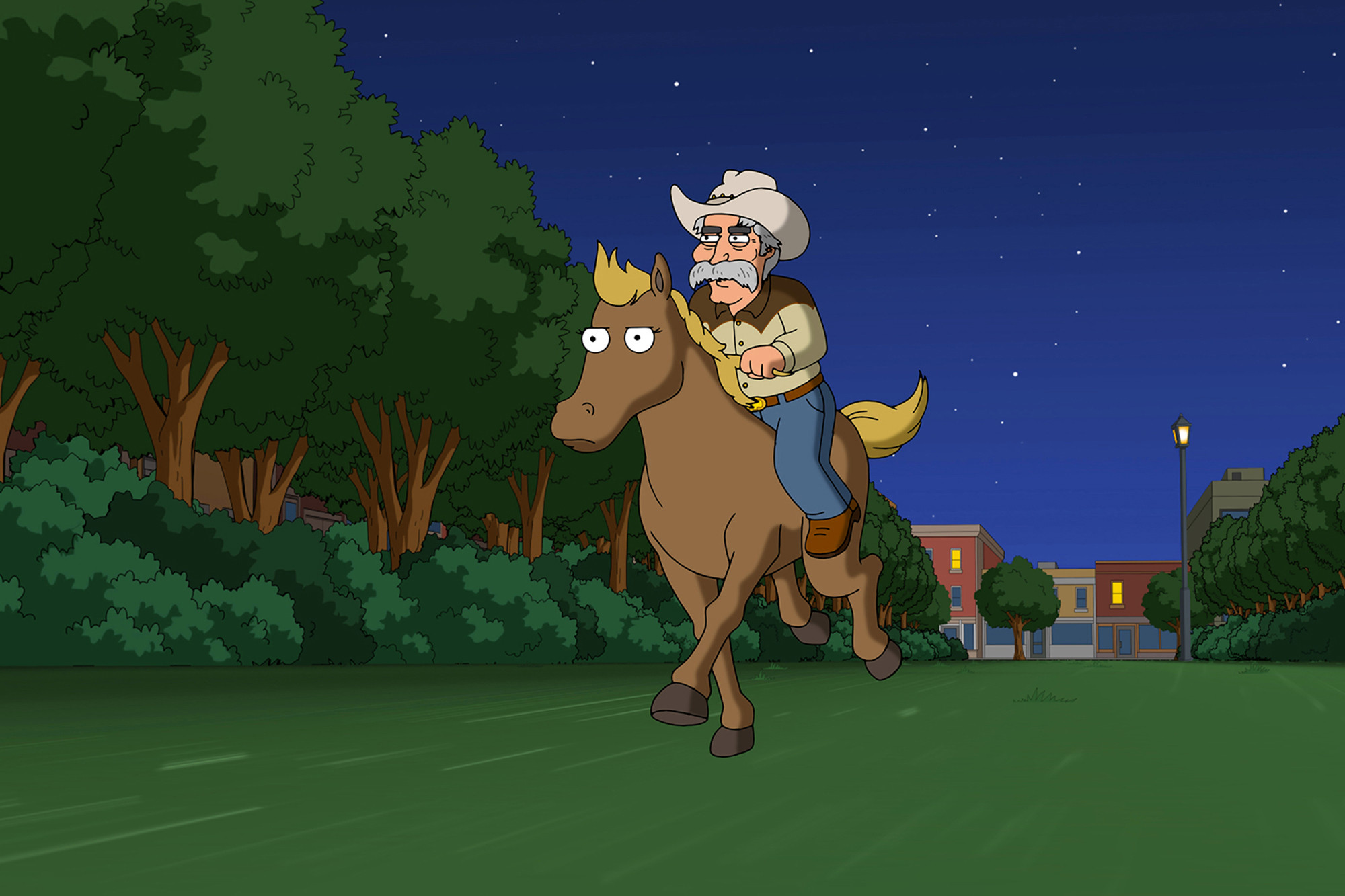 And, while “Family Guy” often ventures into risqué territory, Elliott says there was one scene where he balked a bit at a few lines of dialogue.

“I do have a certain amount of integrity, and if it’s distasteful, no thanks,” he says. “There’s a sequence where [Wild] talks about his background, what qualifies him for running for office, and he’s talking about raising his [16] daughters … and there were a couple of lines that could’ve been taken absolutely the wrong way and I had no interest in doing that.

“When talking to the producers they saw where I was on that and said, ‘No problem’ and they changed it — and the change ended up being funnier.”

Elliott also gets a chance to sing in Sunday night’s episode when Wild sits around a campfire and strums an acoustic guitar.

“That’s really me. I’ve sung my entire life and my mom dragged me to sing in a cherub choir when I was 4 years old in Sacramento at the Congregational Church, and that began a lifetime of singing,” he says — adding that he went to high school with the guys who formed the Kingsmen, who had a No. 1 hit in 1963 with “Louie Louie.”

“I used to sing with those guys at dances,” he says. “I wasn’t a member of the band but they would back me up because we all went to the same school.

“There was a point in time where I thought my career would be in music and not in the acting game. I never went after it,” he says. “I think I’m a little afraid of it.”