Christmas has been cancelled before: A lesson from history

The prospect of a Christmas without large-scale celebrations is preying on minds.

The prospect of a Christmas without large-scale celebrations is preying on minds.

After the widespread cancellation of pantomimes, festive light “switch-ons" and other community activities, it seems likely that 2020's festivities will be much more intimate affairs, potentially with households banned from mixing indoors.

But what if families ignore distancing rules, should they remain in place, and celebrate together rather than on Zoom? Politicians seeking to come down hard on rule-breakers might wish to recall a previously restricted yuletide.

Back in 1647, Christmas was banned in the kingdoms of England (which at the time included Wales), Scotland and Ireland and it didn't work out very well. Following a total ban on everything festive, from decorations to gatherings, rebellions broke out across the country. While some activity took the form of hanging holly in defiance, other action was far more radical and went on to have historical consequences.

In 1647, parliament had won the civil war in England, Scotland and Ireland and King Charles was held in captivity at Hampton Court. The Church of England had been abolished and replaced by a Presbyterian system. 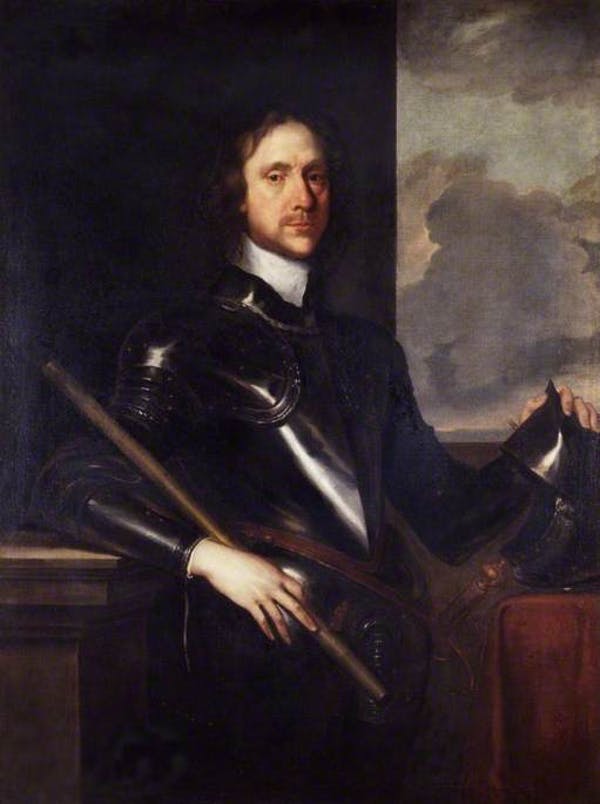 The protestant reformation had restructured churches across the British Isles, and holy days, Christmas included, were abolished.

The usual festivities during the 12 days of Christmas (December 25 to January 5) were deemed unacceptable. Shops had to stay open throughout Christmastide, including Christmas Day. Displays of Christmas decorations – holly, ivy and other evergreens – were banned. Other traditions, such as feasting and the celebratory consumption of alcohol, consumed in large quantities then as now, were likewise restricted.

Christmas Day, however, didn't pass quietly. People across England, Scotland and Ireland flouted the rules. In Norwich, the mayor had already been presented with a petition calling for a celebration of a traditional Christmas. He could not allow this publicly, but ignored illegal celebrations across the city.

In Canterbury, the usual Christmas football game was played and festive holly bushes were stood outside house doors. Over the 12 days of Christmas, the partying spread across all of Kent and armed force had to be used to break up the fun.

Christmas Day was celebrated in the very heart of Westminster and the churchwardens of St Margaret's church (which is part of Westminster Abbey) were arrested for failing to stop the party. The London streets were decked with holly and ivy and the shops were closed. The mayor of London was verbally assaulted as he tried to rip down the Christmas decorations with the help of the city's own battle-hardened veteran regiments.

Taking up arms and breaking the rules weren't just about experiencing the fun of the season. Fighting against the prohibition of Christmas was a political act. Things had changed and the Christmas rebellion was as much a protest against the "new normal" as it was against the banning of fun. People were fed up with a range of restrictions and financial difficulties that came with the Presbyterian system and the fallout of the civil war.

The aftermath of the Norwich Christmas riots was the most dramatic. The mayor was summoned to London in April 1648 to explain his failure to prohibit the Christmas parties, but a crowd closed the city gates to prevent him from being taken away. Armed forces were again deployed, and in the ensuing riots, the city ammunition magazine exploded, killing at least 40 people.

Norwich was not alone. In Kent, the grand jury decided that the Christmas party-going rioters had no choice but to answer to the law and the county went into exuberant rebellion against parliament. Royalists capitalised on the popular discontent and began organising the rioters.

Successively in 1647 and 1648, parties led to riots, these riots led to rebellions, which, in turn, caused the Second Civil War that summer. King Charles was put on trial after his defeat in the war and was executed. This resulted in a revolution and Britain and Ireland became a republic – all because of Christmas.

This Christmas, police across the country are ready to enforce COVID regulations and break up gatherings. While the pandemic does make things different, with rule breaking a matter of safety as much as anything else, politicians could learn from the fallout of the last time Christmas was cancelled.

Like in 1647, many people today are fed up with the government's restrictions. Many have also suffered financial difficulties as a result of the COVID regulations. Some may rail against the idea of ending a miserable year under what they may regard as contradictory restrictions on family fun.

Such a situation will have to be handled gingerly. There has already been civil disorder over lockdowns. Vaccines are apparently coming in the new year but the last thing the country needs is further unrest. Once again, government will need to balance the health risk against other societal challenges this pandemic has presented.