Janice Longone, a historian of American cuisine, passes away at age 89

Janice Longone, a historian of American cuisine, passes away at age 89

Janice Bluestein Longone died at the age of 89. She is known for collecting thousands of items about the food history of the United States, such as cookbooks, menus, ads, and diaries.

Nie Family Funeral Home in Ann Arbor says that Longone died on Wednesday. No one said what happened or where the person died.

Longone said that she thought the collection showed how farming and cooking in the United States helped shape regional customs and traditions. Her collection had "charity cookbooks" from the 1800s and early 1900s that were sold to raise money for good causes, as well as immigrant cookbooks.

In a 2010 University of Michigan article, she said, "We hope that the materials we have collected will give historians a new way to look at American history." "That could be a rethinking of the role of women, who published charity cookbooks more than 150 years ago that often addressed the most important issues of the time, or it could just be the effect of refrigeration on American tastes and lifestyles." 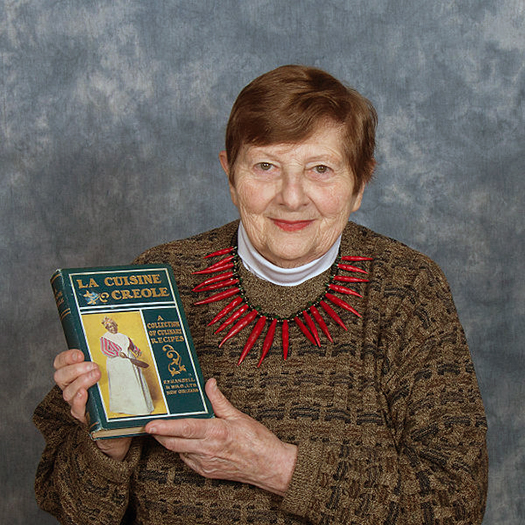 As a culinary historian, Longone helped start the American Institute of Wine and Food, wrote entries for "The Oxford Companion to Food," and hosted "Adventures in Gastronomy" on National Public Radio in the 1970s.

More from: USAGAG
1
After losing, the women's basketball team from Mali gets ...
2
Hilaree Nelson, a well-known American ski climber went missing ...
3
Rodgers gives credit to the Jumbotron for showing something ...
4
The White House wants people to talk about the ...
Filed under Janice Longone ,  US culinary history ,  chronicler

Most Popular This Week
1
Elon Musk's Tesla sued over features like Autopilot and ...
2
A strange shark in the deep sea shocks fishermen
3
Facebook read the private messages of people in the ...
4
An expert from Harvard says that Mark Zuckerberg is ...
5
New York City prosecutors returned a stolen $1 million ...
6
The bloody history of the Kohinoor diamond, the royal ...
7
A rare butterfly that was thought to be extinct ...
8
NASA is planning to crash a spacecraft on purpose ...
9
‘Doomsday glacier’ hanging on ‘by its fingernails’
10
Jeff Bezos criticizes a professor for wishing Queen Elizabeth ...