Woman reveals how her ‘huge mouth’ made her TikTok famous

This is quite the lip shtick.

This is quite the lip shtick.

A Connecticut woman has become a TikTok sensation for her huge mouth, which could potentially be the world’s largest.

“Any video involving my mouth and the faces I can make always went crazy viral,” said Stamford resident Samantha Ramsdell, 30, who boasts more than 767,000 followers thanks to her self-described “BFAM” (“big f- - king a - - mouth”). The medical sales representative said she started posting various performance videos to TikTok this past spring to entertain people during the pandemic, Jam Press reported.

However, the big-mouthed vocalist really shot to stardom after a fan asked if she felt insecure about her capacious kisser. Ramsdell responded with a humorous clip, which boasts 7.4 million views and counting, depicting the TikTok star with her mouth hilariously agape while claiming that she used to be insecure but now lets her “big mouth shine in the sun!”

“That one boosted me to, like, 100,000 followers in August,” Ramsdell remarked about her self-effacing showcase. Others show her, by popular request, consuming various foods from sandwiches to marshmallows using her jumbo jaws.

In Ramsdell’s most viral vid to date with almost 60 million views, the entertainer is seen performing TikTok’s “Make It Red” challenge, in which users don makeup and sing along to “Make It Red” by Ashnikko – Daisy. “I wanna see your cheeks glow red,” cackles a lipstick-sporting Ramsdell before opening her mouth wide like the cartoonish Joker from “Batman” comics.

Despite her meteoric rise, the influencer admits the fascination with her mammoth mandibles was initially frustrating.

“I was more offended when people called me a ‘one-trick pony’ about my mouth,” lamented Ramsdell, who wanted to be known for her singing and comedy videos. However, she said has since embraced it, proclaiming, “My mouth just gets five times more views!” 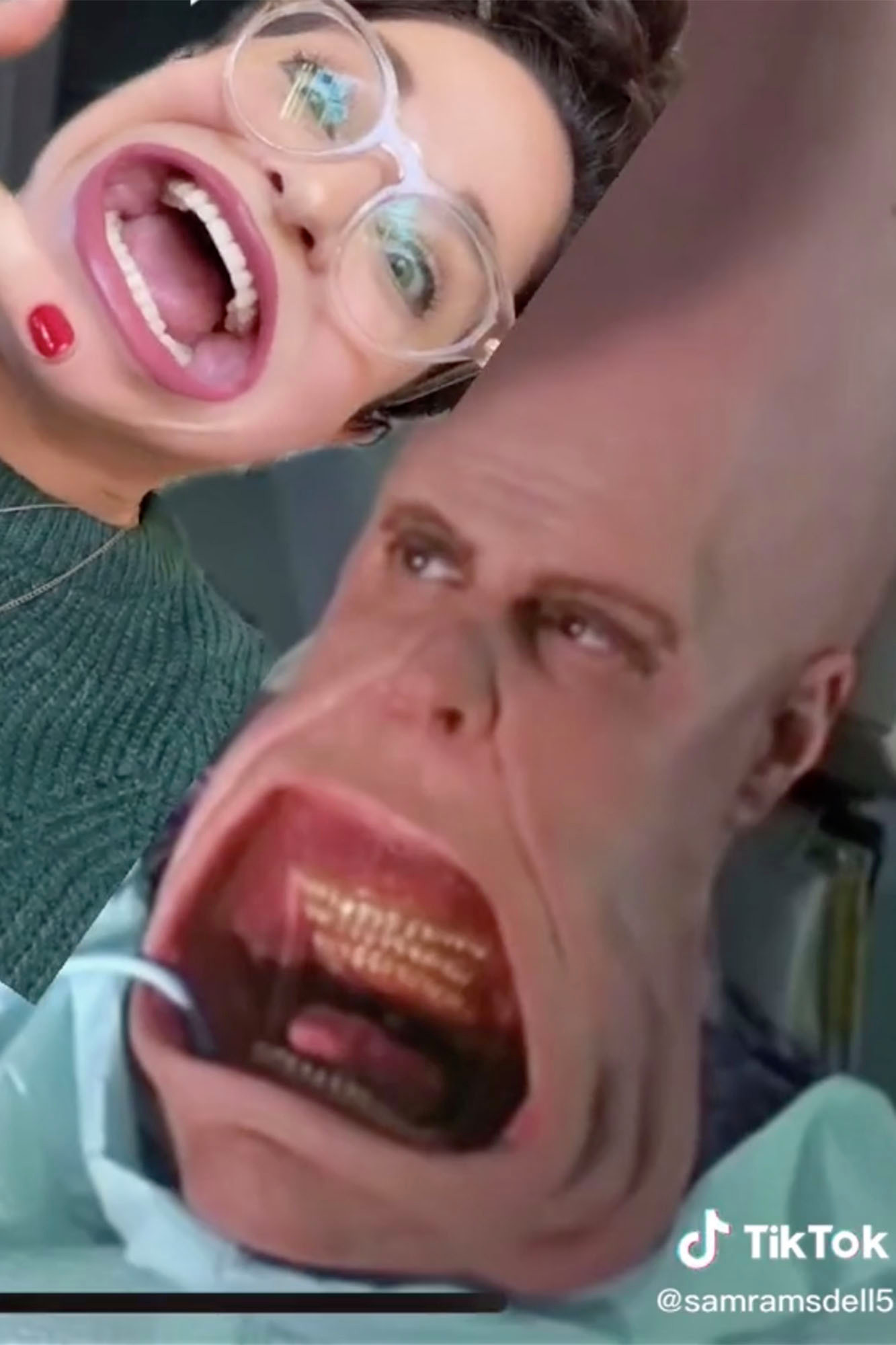 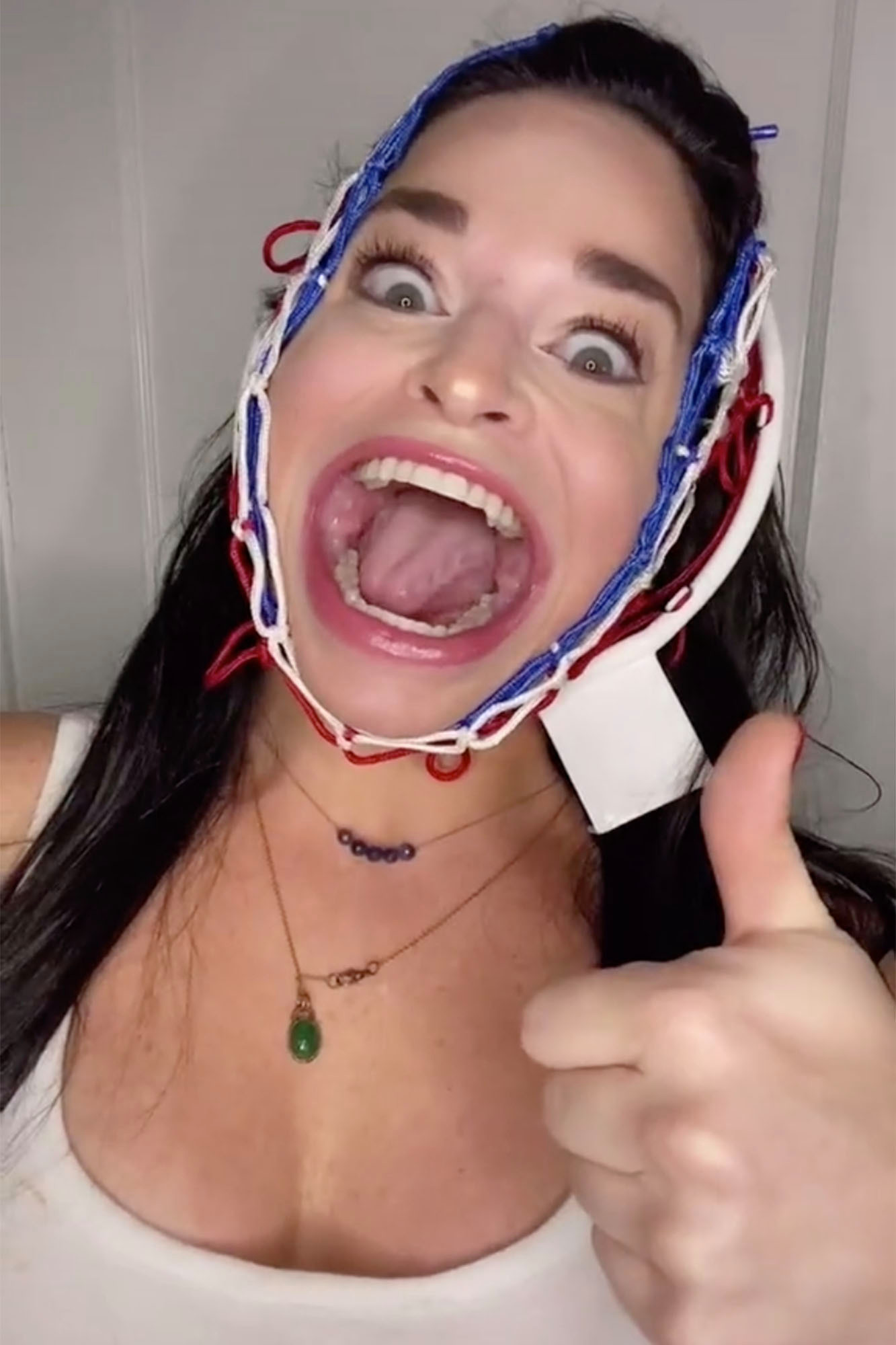 Ramsdell’s popularity has allowed the singer to put her money where her mouth is. “TikTok actually pays their top creators now based on how many views, and it’s about 0.3 cents per 1,000,” she said. “It doesn’t sound like a lot but some of my top videos have over 50 million views, so if you do the math, it ain’t too shabby for eating Subway sandwiches on camera!”

The content creator also believes that her titanic trap makes her a “better singer,” as some music icons — looking at you, Mick Jagger and Carly Simon — have oversized oral orifices.

“I think it does make me a better singer — lots of amazing singers have huge mouths,” she said.

Ramsdell also told Jam Press that she is applying to have her super-sized smackers entered into Guinness World Records. It’s unknown if they’ll make the cut, but they were a whopping 3.5 inches wide and almost 4 inches tall, according to her last self-measurement. The current record for longest mouth gape — the gulf between the upper and lower incisors — clocks in at a jaw-dropping 3 ¾ inches.

“Snapchat also posted a big story how I have ‘The World’s Biggest Mouth.’ So if Snapchat says so, it’s gotta be true, right?” joked Ramsdell.