Now this is the stuff of dreams.

Now this is the stuff of dreams.

And from the moment it starts with that signature guitar riff — famously sampled by Destiny’s Child on “Bootylicious” — all the white-winged doves descend upon you, taking you to the edge of heaven.

It’s almost worth it simply for the single cover art, which shows a young Nicks rubbing up against Cyrus, back to back in black. Thank you, Photoshop. 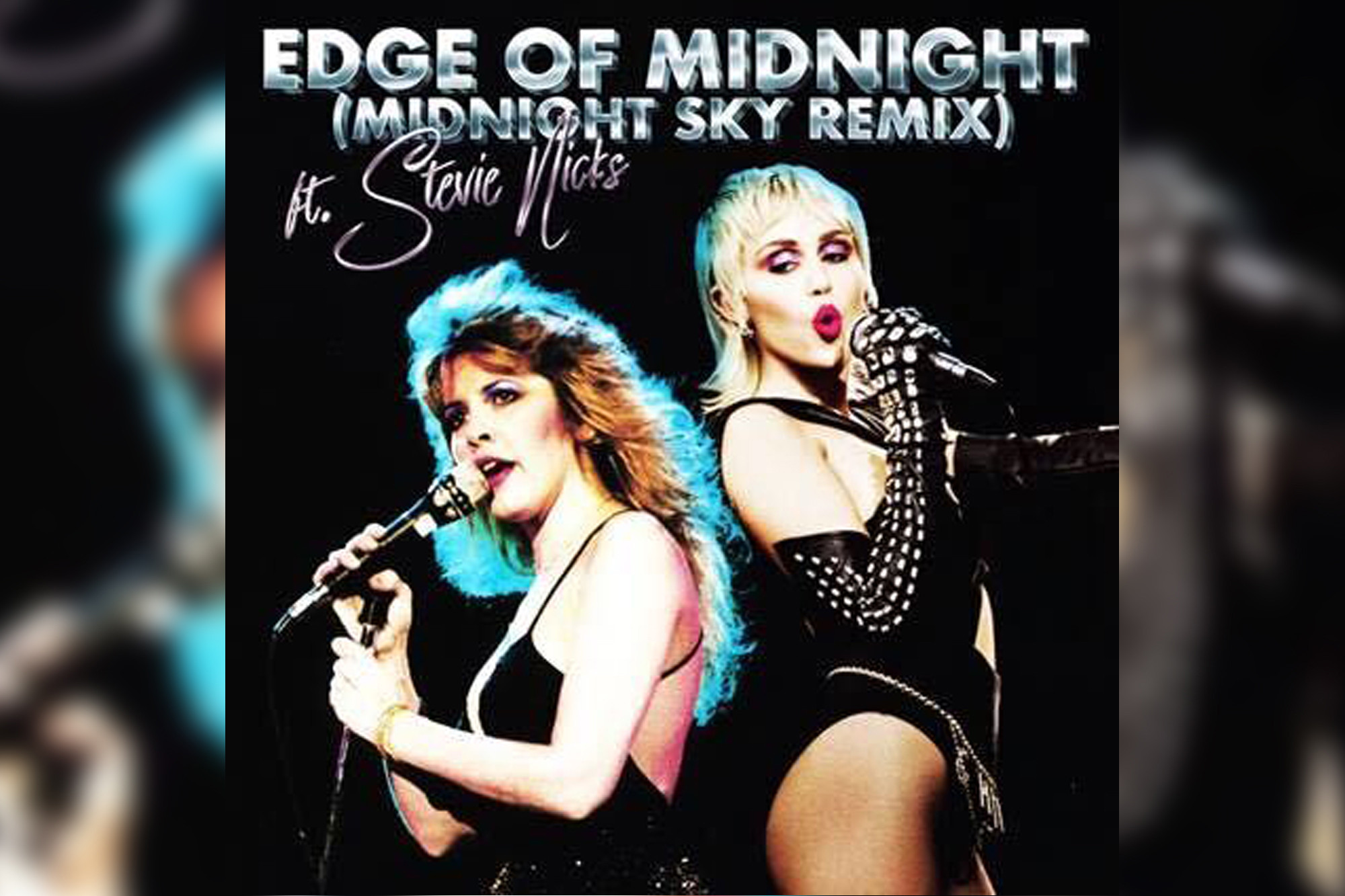 “Midnight Sky” — the first single from Cyrus’ upcoming album “Plastic Hearts,” due Nov. 27 — instantly sparked comparisons to Nicks when it was originally released in August.

The “Edge of Midnight” remix continues the retro kick that Cyrus has been on lately. The “Wrecking Ball” singer covered Blondie’s “Heart of Glass” at the iHeartRadio Music Festival in September, and her version went over so well with Smilers — as her faithful fans are called — that it was then released to stream and download.

And “Edge of Midnight” continues the cross-generational collaborative spirit that Cyrus has been in: She paired up with her godmother Dolly Parton for a holiday tune, “Christmas Is,” released last month.

One can only dream that Cyrus and Nicks will collaborate on some new material one day — or, here’s an idea, maybe even tour together.

Until then, just let the “Ooh, baby oohs” wash over you.