The presidential race is far from over — and that means extra time to place stock-market bets on the outcome. Joe Biden could usher in a bold environmental infrastructure plan if he unseats

The presidential race is far from over — and that means extra time to place stock-market bets on the outcome.

Joe Biden could usher in a bold environmental infrastructure plan if he unseats President Trump — and traders should plan accordingly by betting on green energy companies, experts tell The Post.

Trump, on the other hand, would likely keep taxes low and continue reopening the economy amid the coronavirus pandemic, allowing tech stocks and consumer giants to continue their recent tear, investment mavens say.

Investors looking to hedge their bets could snap up shares of businesses that stand to perform strongly regardless of who’s president, from homebuilders to Hershey’s chocolates, according to experts.

Here are some stocks that are worth a look depending on who comes out on top — and some others to consider in either case.

Biden wants to make the US economy more sustainable and achieve “net zero” emissions across the country by 2050. Doing that will require big investments in environmentally friendly infrastructure such as solar power, hydrogen fuel and electric vehicles.

There are plenty of stocks that could benefit from those investments, experts say, including solar-panel manufacturer First Solar; hydrogen fuel-cell maker Plug Power; drinking-water supplier American Water Works; and NextEra Energy, a big producer of renewable energy from wind and sun.

“It just accelerates what is already a larger trend,” said David Trainer, CEO of investment-research firm New Constructs. “Everybody’s looking to kind of jump onto sentiment trains, and he had this big huge green plan and that obviously would be wind at the back of those stocks.”

“This effect would be especially beneficial if low oil prices under a Biden administration do not coincide with a weak economy, as oil price declines often do,” Scarola wrote in a research note last month.

While the Trump administration has put Google and Facebook in its antitrust crosshairs, experts say Big Tech stocks’ gangbusters performance would likely continue into his second term.

Trump is expected to keep corporate taxes low and his re-election would also neutralize the threat of a higher capital gains tax under Biden.

That means investors could hold onto expensive shares of tech giants such as Amazon, Tesla and Zoom — whose stock prices have exploded this year — without having to worry about Uncle Sam taking a bigger chunk of their profits whenever they sell, according to Trainer.

Tech firms are also unlikely to face “meaningful change” on the antitrust front under a divided Congress, Wedbush Securities analyst Daniel Ives said in a note this week. Regulations are also likely to remain light for the telecom industry, which could bode well for big players such as T-Mobile and AT&T.

“Trump would basically just be more of the same” for the telecom sector, said CFRA’s Keith Snyder. “it would be a land of deregulation and a land of weaker consumer protection and just less oversight overall.”

A second Trump term could also benefit consumer giants such as Nike, which have been helped by the president’s enthusiasm for reopening businesses after the spring’s coronavirus-fueled lockdowns, according to David Keller, chief market strategist at StockCharts.com.

“Look at the stocks that have worked given how he has tried to handle the last year or two, and I think that’s what you would most expect to continue to do well,” Keller said.

Stocks to buy no matter who wins 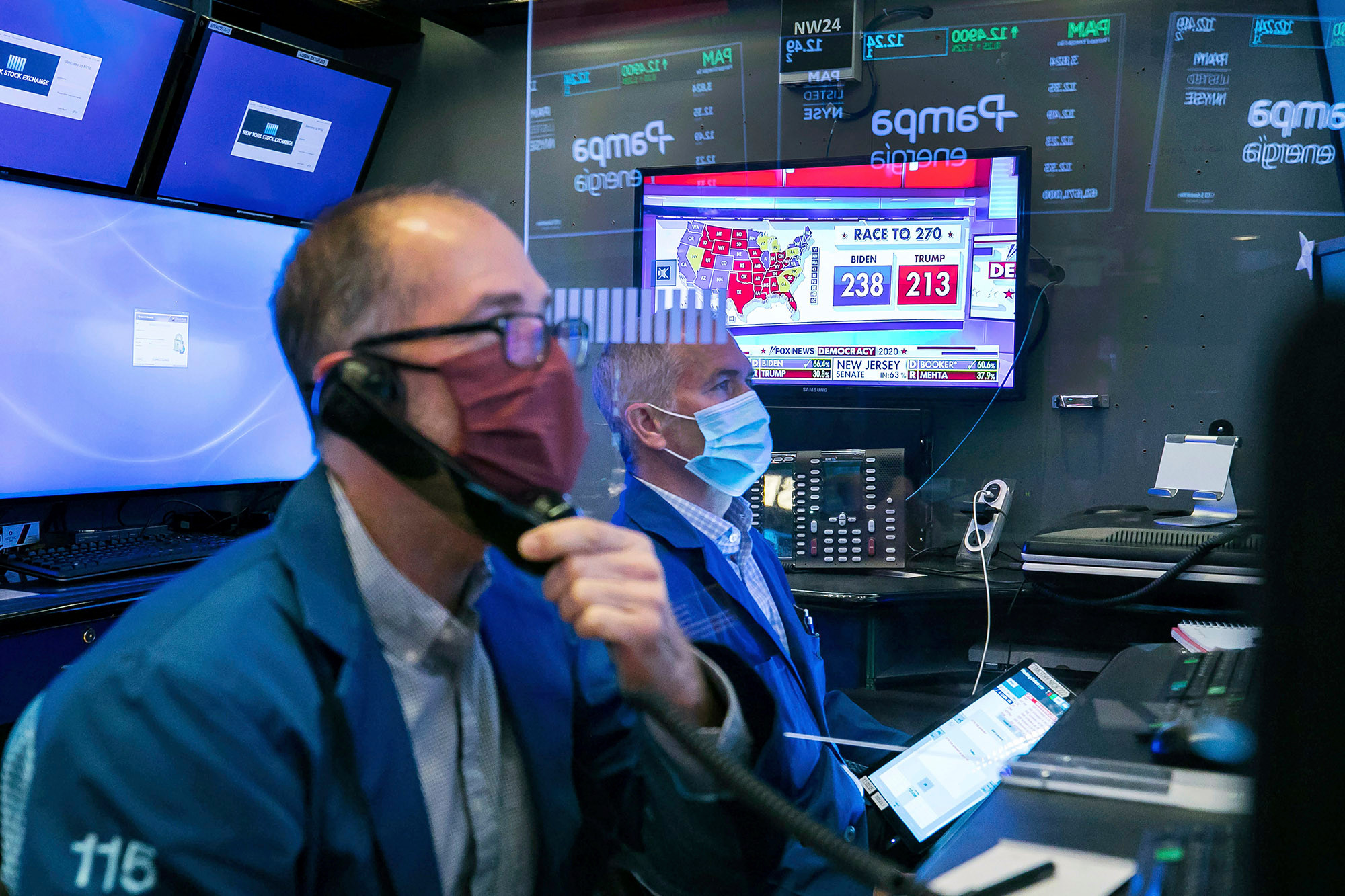 Despite their sharp ideological differences, Trump and Biden share some priorities — namely rebuilding America’s infrastructure and passing another stimulus bill to help the pandemic-battered economy.

That means some industrial stocks will be safe bets regardless of who wins the White House, including machinery maker Caterpillar and railroad giant Union Pacific, Keller said.

“Nothing that either administration is going to do should affect them,” said Trainer, who personally owns shares of JPMorgan, DR Horton and Simon Property. (New Constructs doesn’t have a stake in any of them, he said.)

Why European have suspended AstraZeneca vaccine