Stores across country board up fearing election-related chaos

Businesses nationwide are fortifying themselves for Election Day riots.

In recent days, many businesses in New York City boarded up to gird against potential civil unrest.

Businesses across the country were not taking any chances following the nationwide protests and widespread looting that occurred following the May 25 police-custody death of George Floyd in Minneapolis.

In Washington, DC, not far from the White House, eateries, shops, pharmacies and clothing stores have already put up plywood over their glass storefronts.

Several prominent DC businesses are even planning to close for Election Day or the entire week, over potential mayhem and violence stemming from the election face-off between President Trump and his Democratic challenger, former Vice President Joe Biden, the Washingtonian reported.

The downtown DC office for mortgage giant Fannie Mae told the magazine that it will close for all of this week “out of an abundance of caution” to be prepared for “any potential disruptions associated with the [election].”

In Denver, downtown businesses have been warned by the city to prepare for possible social unrest around the election, prompting stores to board up, local reports said.

Businesses in cities across the country took the same precautions.

Scores of stores in the Big Apple like Bloomingdale’s, Nordstrom, Saks Fifth Avenue, Louis Vuitton, Bergdorf Goodman, Dolce & Gabbana and Tourneau have also placed boards over their storefronts in anticipation of election-related protests. 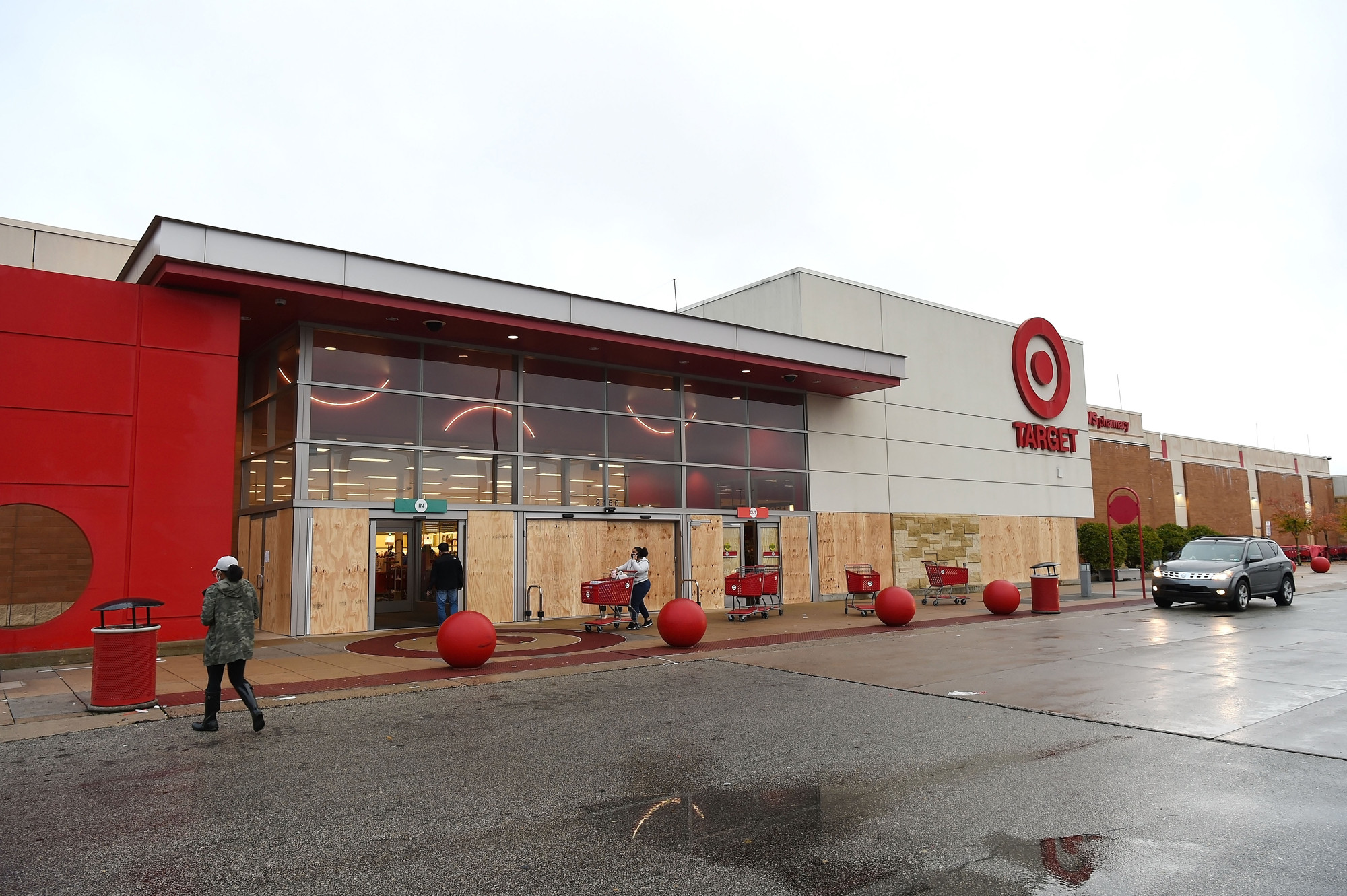 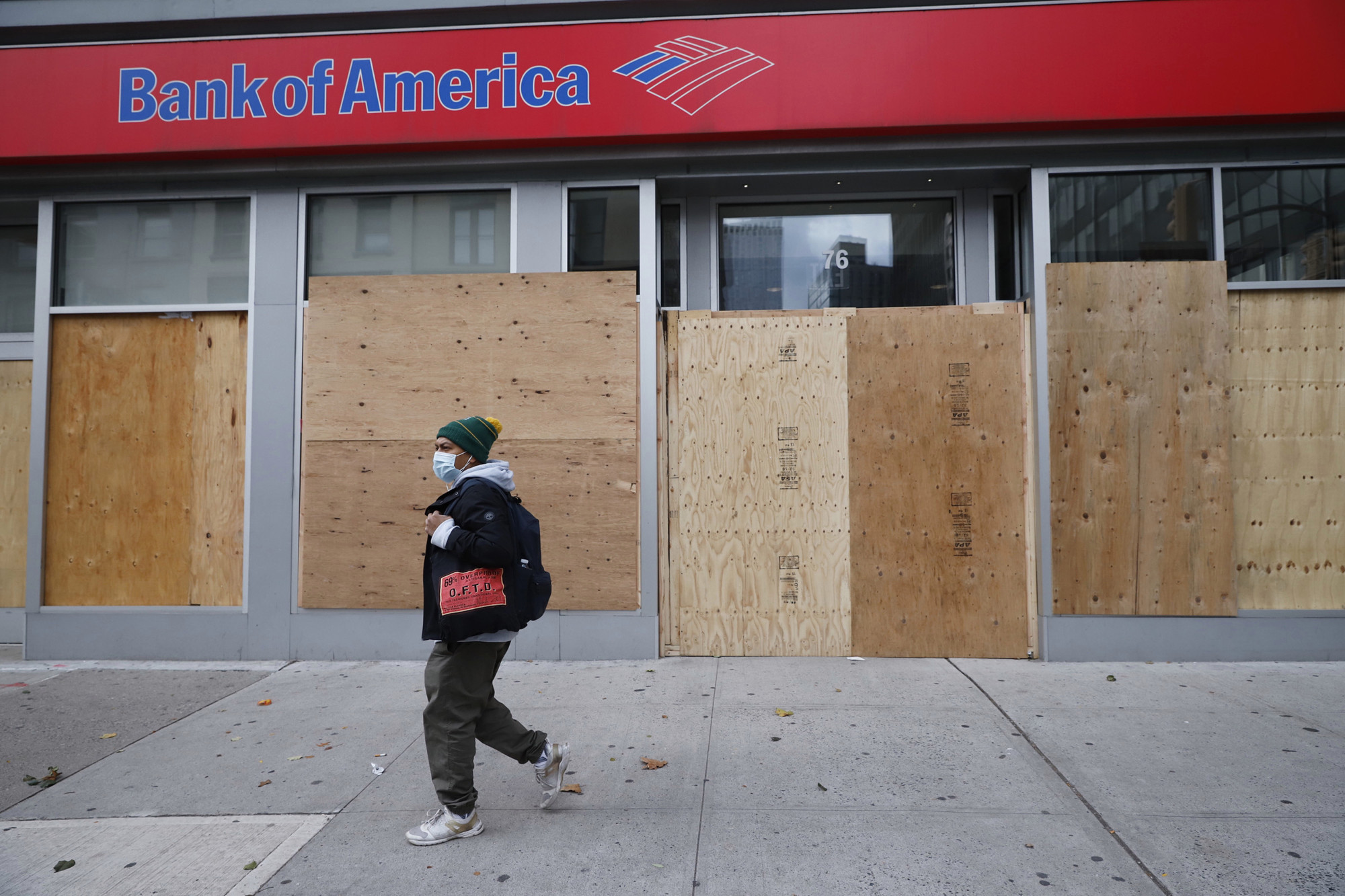 The Bank of America branch on Court Street in downtown Brooklyn 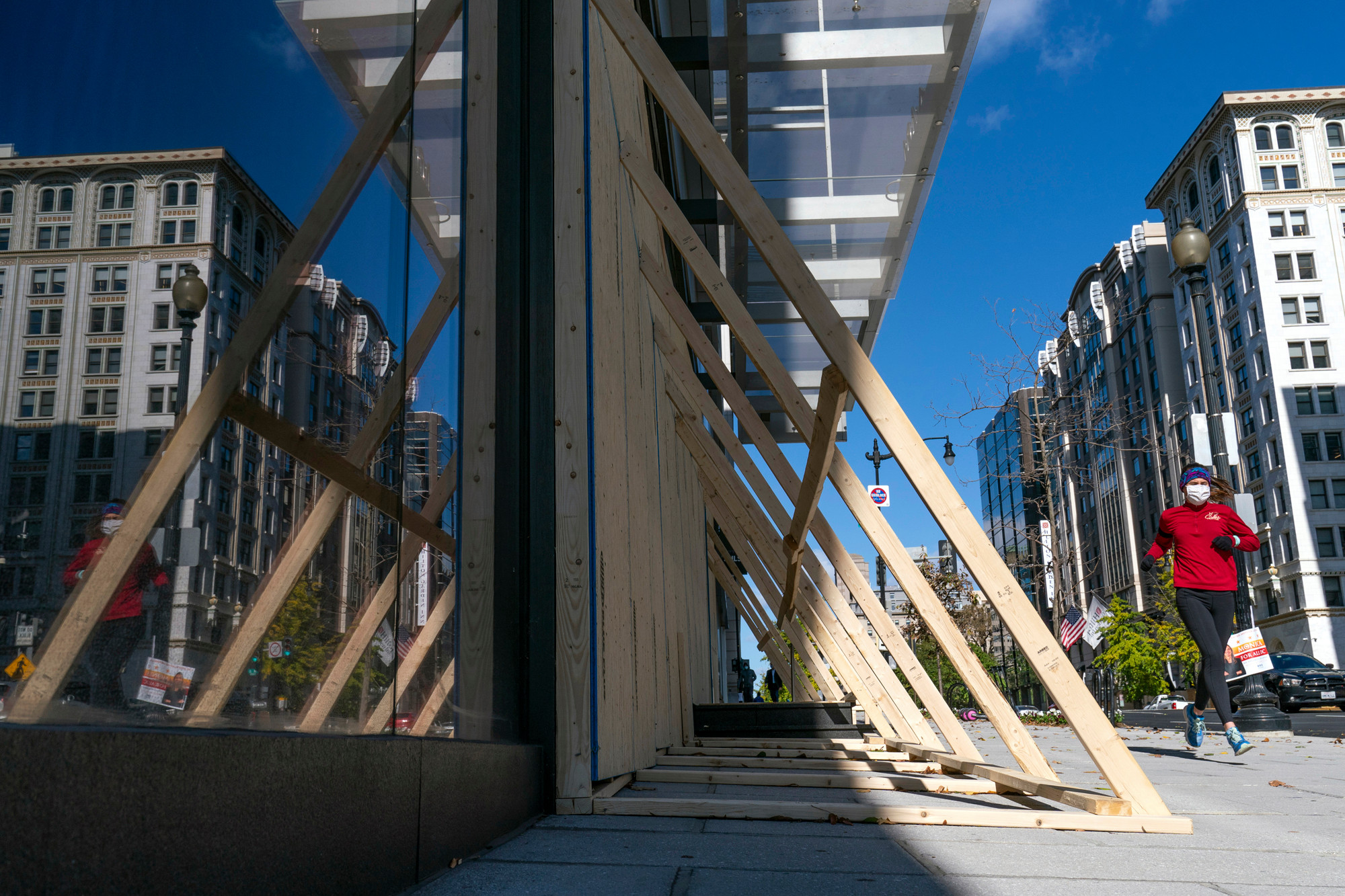 A runner jogs past a boarded-up business not far from the White House. 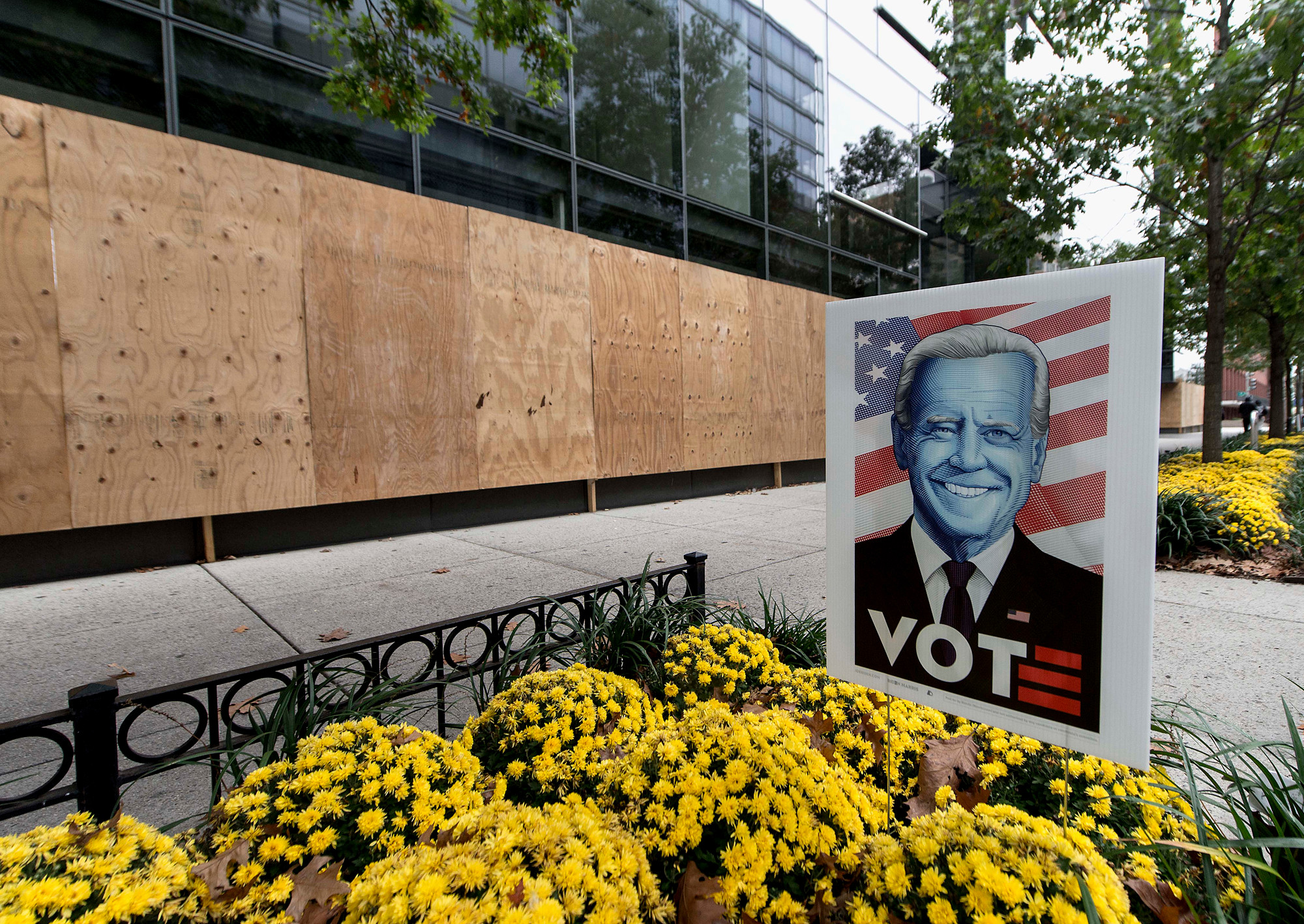 Businesses are boarded up near the White House in anticipation of violence in the streets over Tuesday's general election. 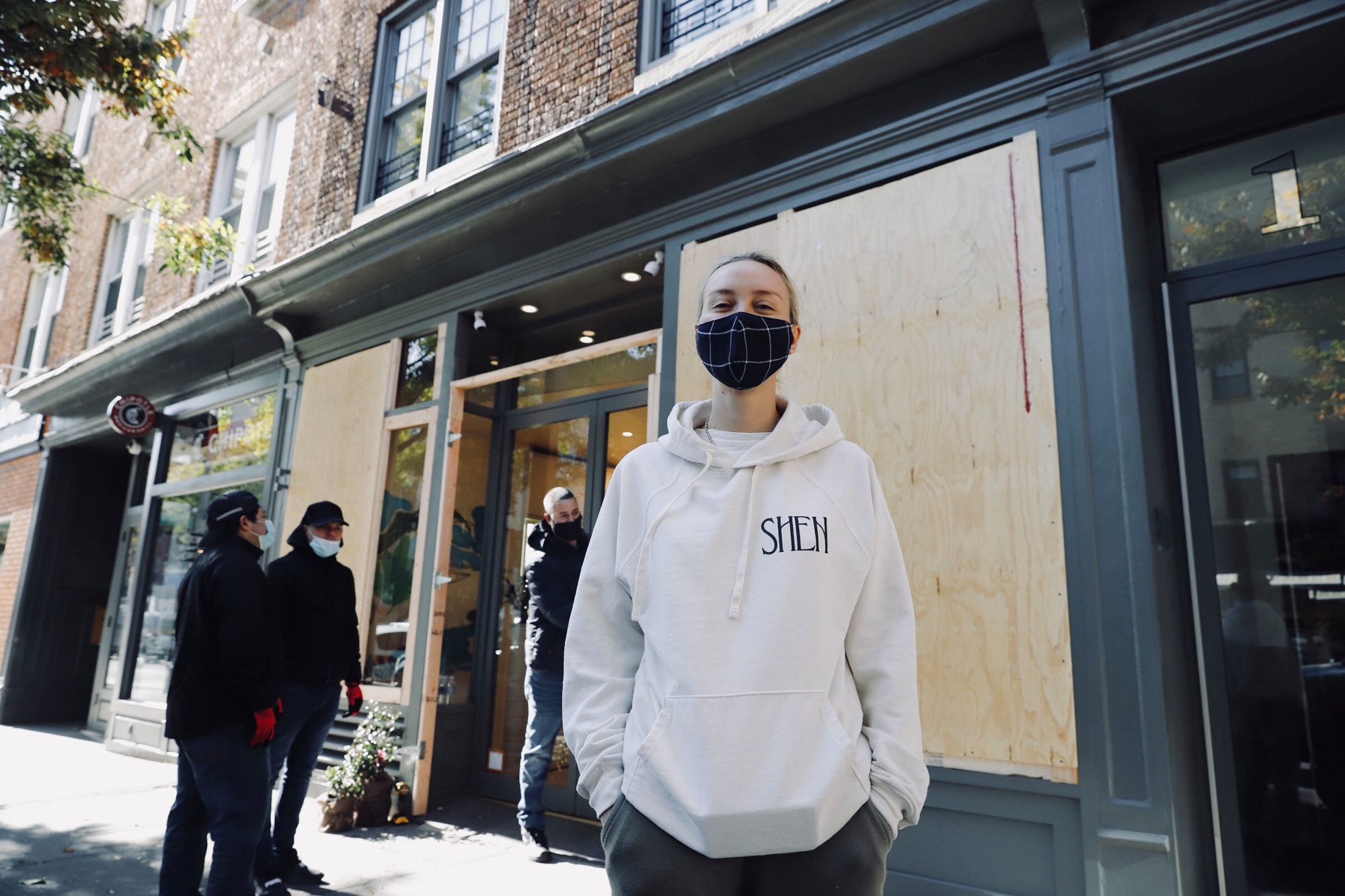 Jessica Richards, 36, outside her store Shen on Court Street in downtown Brooklyn

Why European have suspended AstraZeneca vaccine