A couple of years ago, former Hollywood madam Heidi Fleiss told her friend Steve Bing about a common acquaintance of theirs who was worth $50 million. Fleiss recalled to The Post that Bing, half-joking, replied: “If I was worth only $50 million, I would kill myself.”

On June 22, the movie producer, 55, committed suicide by jumping from his 27th-floor apartment at Los Angeles’ posh Ten Thousand building, where units start at $10,000 per month and robot butlers tend to tenants. The next day, Page Six reported that Bing had been battling depression and financial woes after blowing the $600 million fortune he inherited at 18 years old.

Earlier this month, it was revealed that, at the time of death, Bing had $300,000 in liquid assets. His good pal Alana Hamilton Stewart, the ex-wife of both Rod Stewart and George Hamilton, told The Post: “If it’s true that he spent the money, I find it remarkable.”

According to friends, Bing went through his fortune with kamikaze abandon, investing in playboy pursuits including gambling, drugs and women. He dated A-list celebrities but sources, including Fleiss, say he loved prostitutes. He also put bundles of money into philanthropy and fighting paternity suits.

“He spent a lot on political stuff and films,” a Hollywood insider said. “Putting money into movies is never good. Even if you get lucky a few times, you will get your ass handed to you.”

It’s been reported that he donated as much as $25 million to the Clinton Foundation in 2008 alone, and Fleiss said that he coaxed friends to follow suit. “He’d raise $100 million in less than an hour, calling people and telling them that he just put in 10 million and they should do the same,” she said. ABC News reported that Bing loaded $50 million into a failed campaign for Proposition 87, a 2006 California ballot initiative which sought to tax oil production.

As a present to Bill Clinton, Bing is said to have purchased a sculpture by Bob Dylan, made from tractor parts; another piece in the series went for nearly $85,000. That pales next to the $200,000 tab Bing footed to fly Clinton to North Korea on his Boeing 737 in 2009, to facilitate the liberation of American journalists being held there.

In 2008, Bing launched a “green” construction firm, Shangri-La. But multiple sources told The Post that an employee embezzled from him. It “cost [Bing] 10s of millions of dollars,” said one close source.
Bing tried to resolve the matter privately. “He did not get back everything,” said the close source.

Bing also dabbled as a producer on such bombs as “Rock the Kasbah,” starring Bill Murray, and the Warren Beatty-directed “Rules Don’t Apply.” Said the Hollywood insider: “When you [inherit] your money, you need validation. And what is more validating than seeing your name on a big screen?”

Born in New York City, Bing grew up in LA with his nurse mom, doctor dad and a younger sister. His grandfather, Leo Bing, was one of the early 20th century’s foremost real-estate developers — the man behind the Drake and Gramercy Park Hotels and dozens of luxury apartment buildings across Manhattan.

After Leo’s death, and Bing’s sudden wealth, the teen dropped out of Stanford University to pursue a career in Hollywood. He took to playboy life immediately.

“He loved to gamble,” writer-producer Scott Rosenberg told the Hollywood Reporter, adding that Bing would get “the sickest high-roller suite … and put these chips in front of you and you felt terrible when you lost his money. But you always had a good time.”

While some of the movies he financed finished in the black — notably 2004’s “Polar Express,” for which he is said to have put in $85 million — Bing reportedly lost eight figures as a film financier. Among the failures was 2002’s’ “Night at the Golden Eagle,” which was budgeted at $1 million and bankrolled entirely by Bing, but generated $18,000 at the box office.

Improbably, the flick starred Colombo family boss Donnie “Donnie Shacks” Montemarano, not long out of jail. “Donnie knew Steve through James Caan,” said a source associated with the movie. “Casting him seemed unique and likely to get attention. After the movie got shot, though, Donnie went back inside for a parole violation. He missed the release and his [‘Tonight Show with Jay Leno’] appearance was cancelled. Steve was much more upset for Donnie than he was about the lost PR.”

A fan of Jerry Lee Lewis, Bing brought in doctors and accountants to straighten out the musician’s health and finances in 2000. He underwrote a 2007 album and was in the process of backing a Lewis documentary. Bing even “coordinated” a hip replacement for the rocker, according to Lewis’ spokesman Zach Farnum. “Steve was given a lot and he spent it all on other people.”

Fleiss said Bing gave her his American Express card info to use if she was ever in a jam: “I knew that whenever I was with Steve, anything could be fixed.”
He helped Hamilton Stewart buy her home. “Steve was very generous and helpful in getting a mortgage,” she said, clarifying that “he did not buy the house.”

Fleiss told The Post that Bing spent a minimum of $10,000 per prostitute session, and would hand out $250,000 to women with business ideas. He put money toward drag queens’ sex-change operations and spent millions on a home for his spiritual advisor, Fleiss said.

She recalled staying in Bing’s Four Seasons penthouse when a professor hit him up for $10 million to fund a math contest. Although Bing turned him down, “That was every day for Steve — people coming by to ask for money. Everyone liked him because from no one else would you get the kind of money he handed out.”

When Hurley became pregnant in 2001, he balked. “Ms. Hurley and I were not in an exclusive relationship when she became pregnant. It is her choice to be a single mother,” he said in a statement.

In 2002, a DNA test revealed him to be the father of her son, Damian, and Bing announced plans to create a $2.9 million trust fund for the boy, which Hurley described as “not wanted or welcome.”

Meanwhile, casino billionaire Kirk Kerkorian had grown suspicious that Bing was the true father of his child, Kira, born in 1998 to former tennis pro Lisa Bonder (who would go on to marry Kerkorian for a month in 1999).

Dental floss filched from Bing’s trash proved he was Kira’s father. Bing sued Kerkorian for a billion dollars over the privacy breach and requested to meet Kira. Bonder turned him, and his offer of child support down, and the suit was amicably resolved.

Although he had written Damian out of his will when Hurley was pregnant, he later successfully fought to have both kids added to his family’s nine-figure trust.

Hamilton Stewart said Bing had plans to see Damian and was excited about it. Meanwhile, his daughter Kira had become close to her father before his death, she told The Post.

“We developed a very real, and what I would consider a very loving relationship,” Kira said.
“I really loved him. I am heartbroken over his decision to take his life.”

Bing reportedly left a suicide note for his kids. After his death, Kira was able to have a DNA sample retrieved from his body and prove, again, that she was his daughter — and establish herself as the administrator of his will.

In recent years, Bing’s life was increasingly fraught. June 22 fell close to the one-year anniversary of the death of his 28-year-old girlfriend, Allexanne Mitchum (the great-granddaughter of actor Robert Mitchum), who overdosed after Bing exiled her from his hotel room for the night. Earlier this year, he moved out of the Bel-Air Hotel and into a rented one-bedroom at Ten Thousand in Century City.

Depression seemed to be seeping in, perhaps exacerbated by prolonged meth use.

BING’S BEAUTIES: The late movie producer was linked to a string of famous women 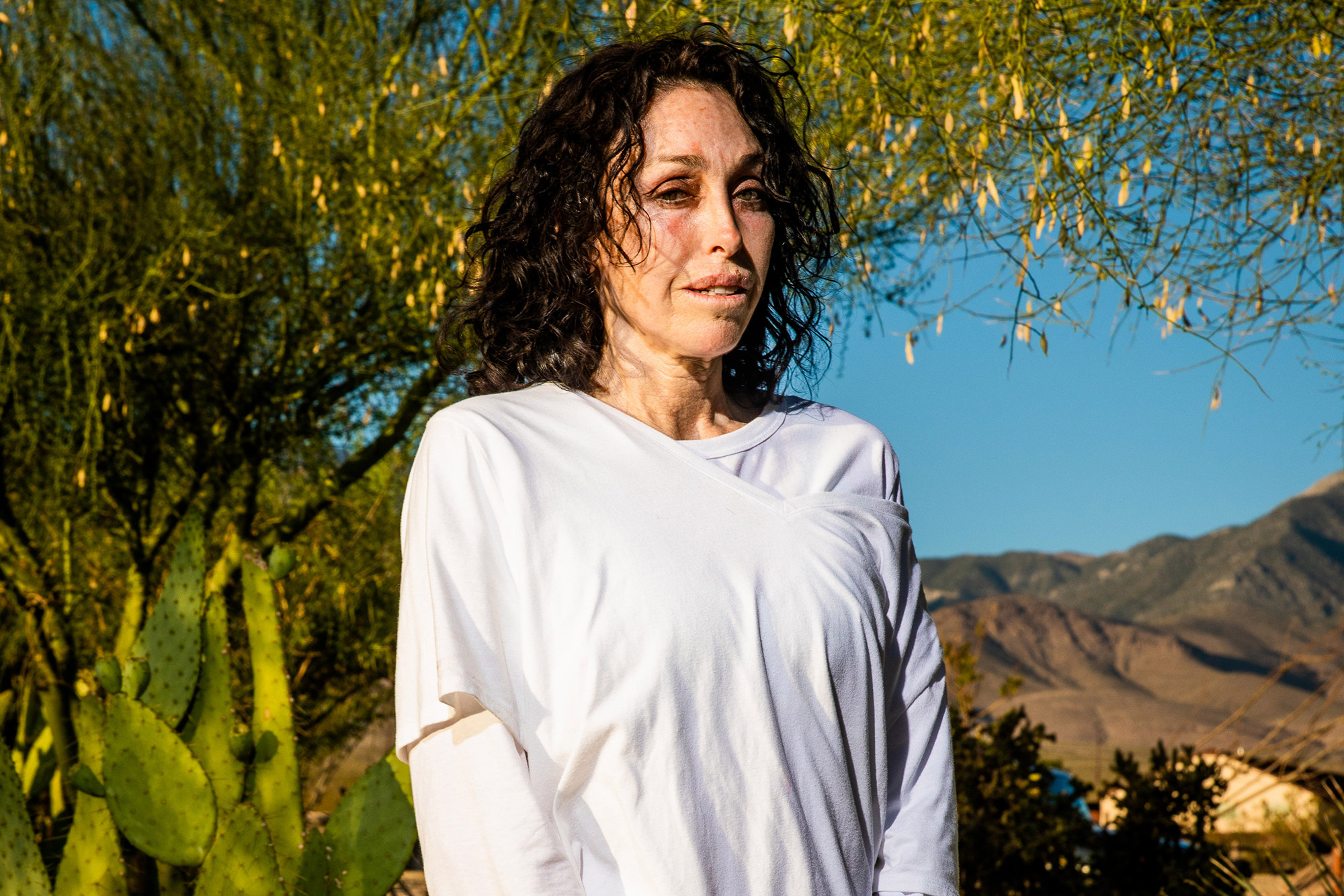 Heidi Fleiss:  The former Hollywood madam told The Post that the two had been lovers many years ago, and remained close friends up until his death. 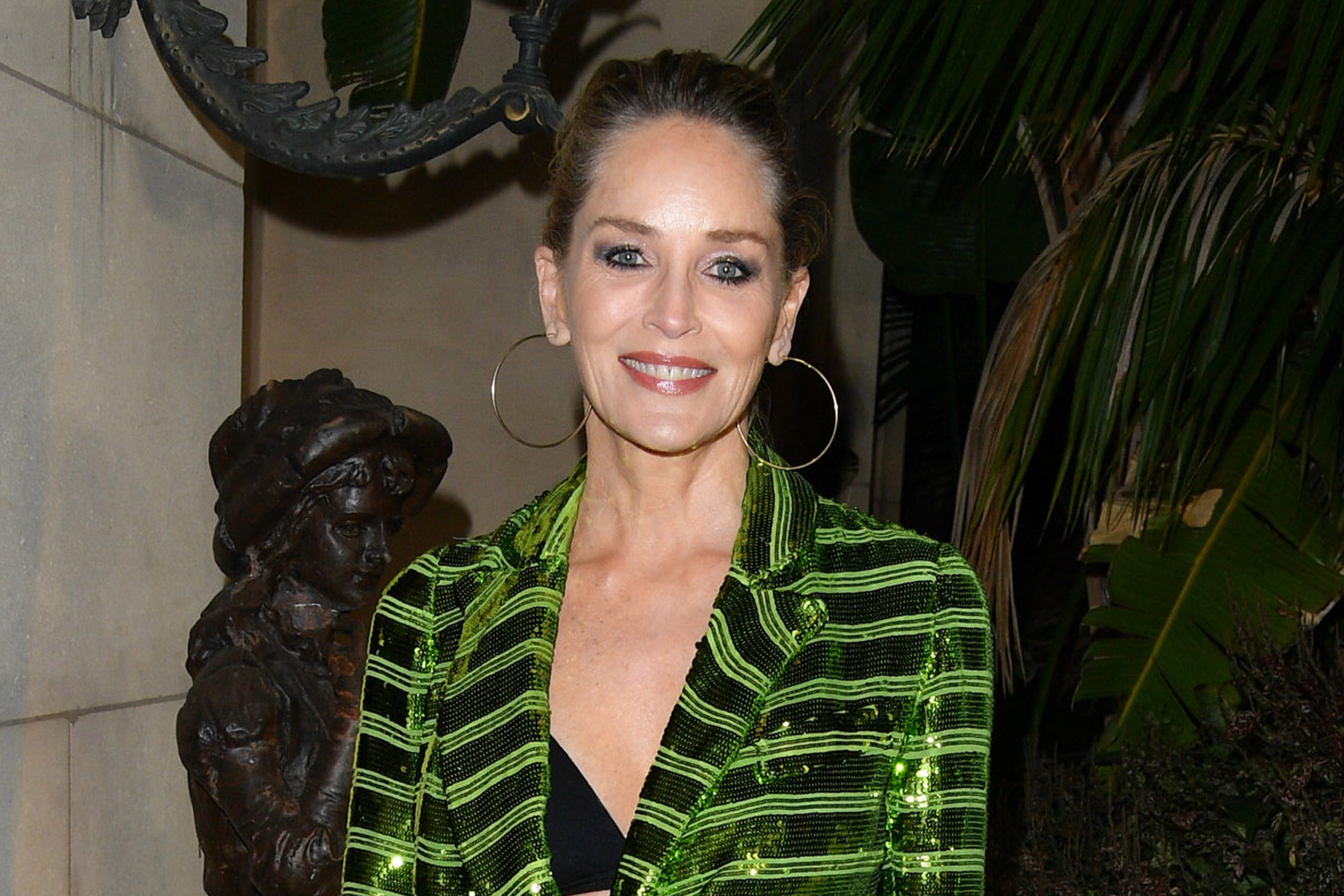 SHARON STONE: The two were on and off from the 1990s to 2004. After his death, Stone said: "He's a complicated person who I didn't think always made good decisions." 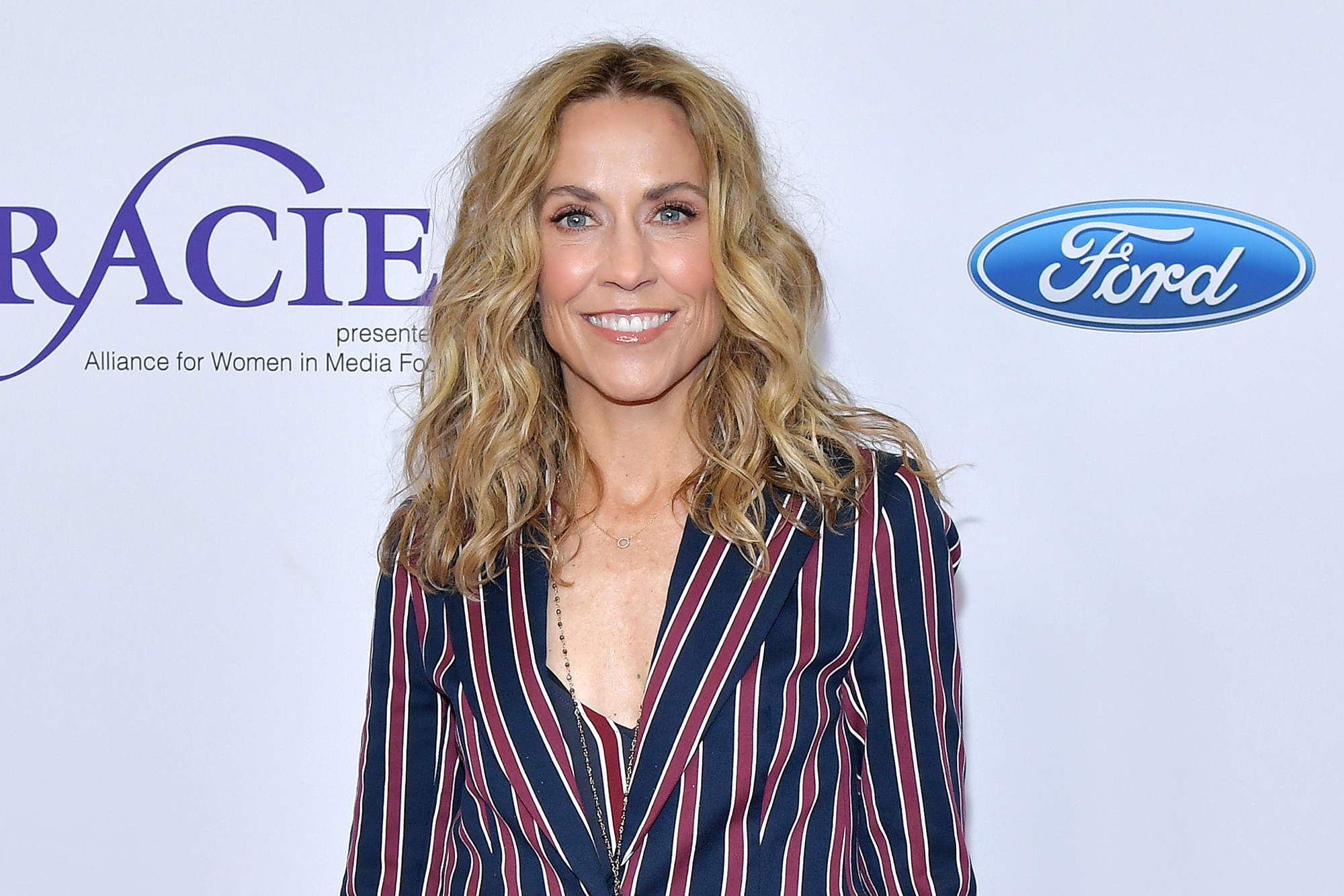 SHERYL CROW:  From 2007 to 2008, Bing dated the "Leaving Las Vegas" singer. The two were reportedly introduced by their mutual friend Jennifer Aniston. 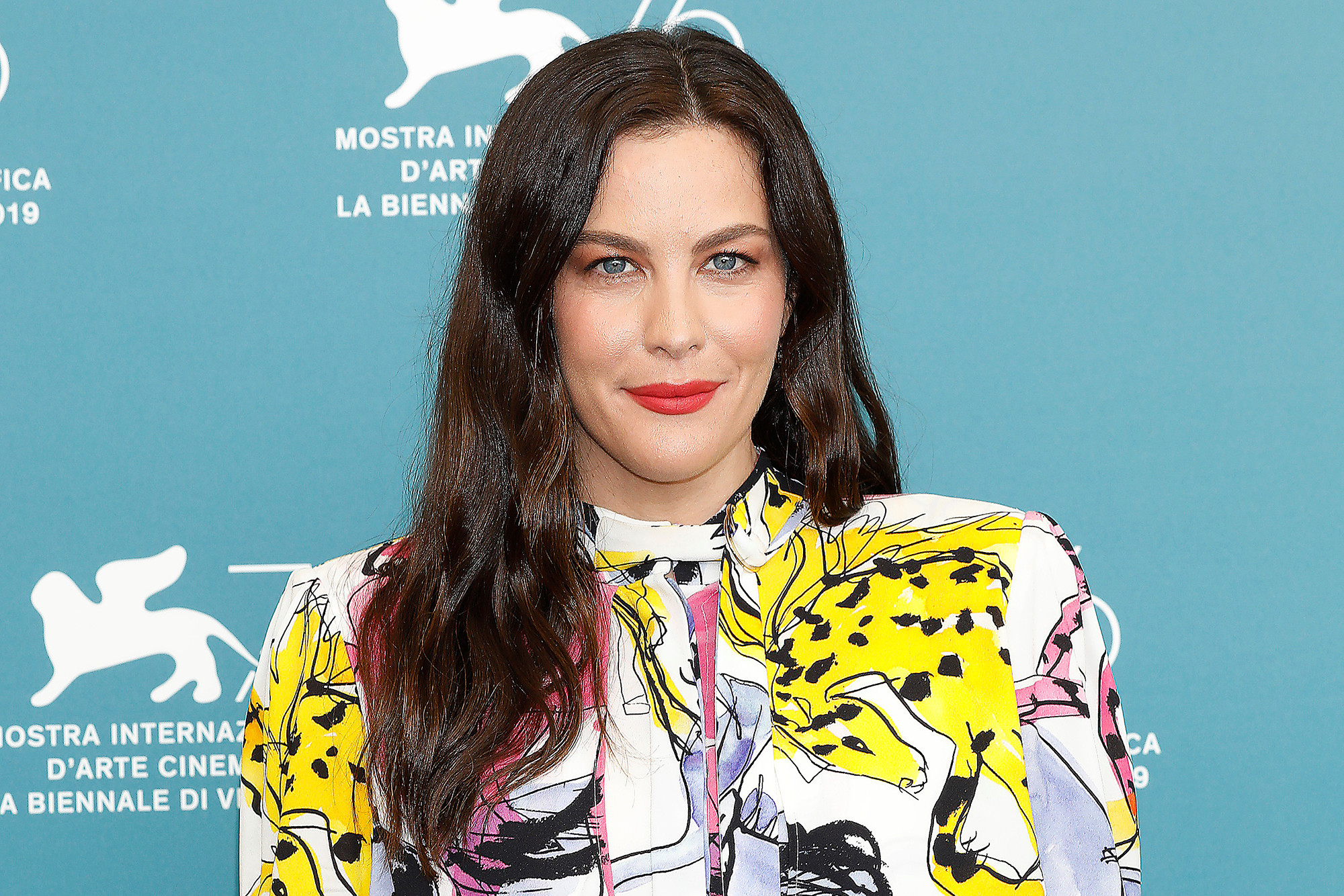 LIV TYLER:  The "Lord of the Rings" actress reportedly hooked up with Bing in 2008. He was also romantically linked to actresses Uma Thurman and Nicole Kidman. 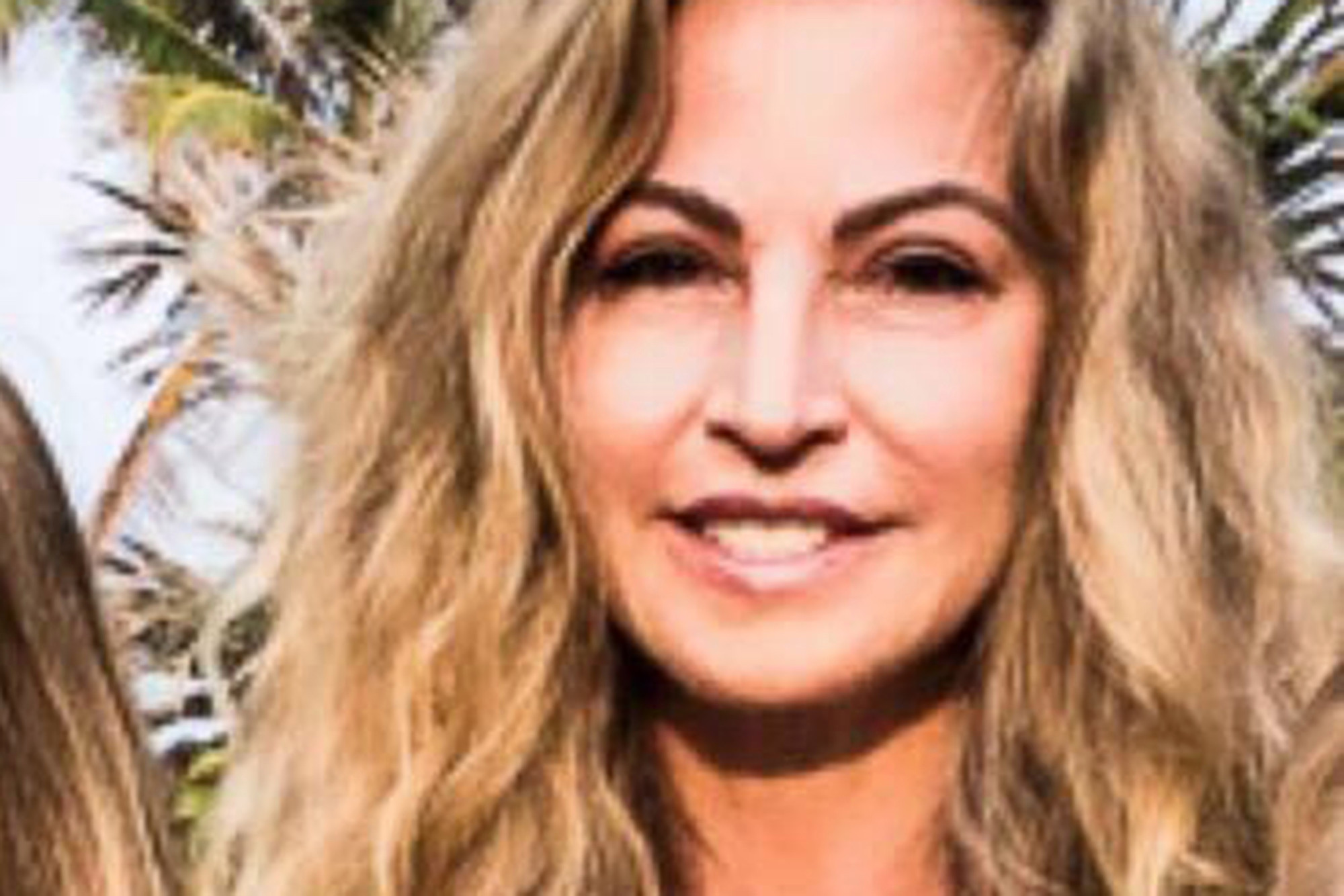 LISA BONDER:  The former tennis pro was wed to billionaire Kirk Kerkorian for 28 days in 1999. She claimed he fathered her daughter but DNA filched from Bing's trash proved he was.

“Steve went through emotional ups and downs; most people knew there were intermittent drugs,” said Hamilton Stewart, adding that Bing had become disillusioned by the Democratic party — to which he had previously donated as much as $8.2 million in a single year — and turned Independent. “He was lonely, and upset about the severity of [pandemic] shut-downs in California. He thought COVID was overblown and in my opinion it contributed to what happened that day in June.”

Things got so bad that one morning he hopped in his 10-year-old Lincoln Town Car — “Steve liked the way it drove and he liked the way he fit in it,” said Hamilton Stewart — and motored to Arizona, where loose distancing-regulations allowed him to sit down in a diner and eat a hamburger.

And all his largesse may have hurt him as much as it helped others. “Few in [Hollywood] were really kind to him,” said longtime friend Josh Chrisant. “They just wanted. Steve called his [production and construction] companies Shangri-La for a reason. He was an egalitarian and thought that if he was kind, everybody would be kind in return. But they just worked him.”

While it has been reported that Bing died with only $300,000 to his name, Fleiss believes otherwise. “He had $20 million before the New Year,” she insisted.

In the end, those who were close to the wild, freewheeling Bing were no longer surprised by his drug use, his exploits with women, his eye-popping generosity — or even his lost fortune.