Baby Yoda is probably a toddler by now.

The second season of “The Mandalorian” will be released at 3 a.m. EST Friday, and it continues the adventures of the motley intergalactic crew, including Season 1’s breakout character, the cuddly, doe-eyed Baby Yoda. It also adds several high-profile new faces.

Secrecy around the “Star Wars” spinoff remains tight, so few details about the eight new episodes have been revealed.

What we do know is that it picks up shortly after Season 1, which premiered last year on Disney+.

Armored bounty hunter Din Djarin (Pedro Pascal) was hired to secure a “child” for a crime boss, but had a change of heart when it came to turning over the adorable — and highly marketable — creature. Now Djarin’s on the run from the bad guys, trying to return the child (known to fans as Baby Yoda) to his people.

Gideon wields the Darksaber, a legendary weapon important to Djarin’s Mandalorian people. It’s unclear how Gideon got the laser sword, and Esposito has said that the Darksaber’s backstory will be a “key” to Season 2. 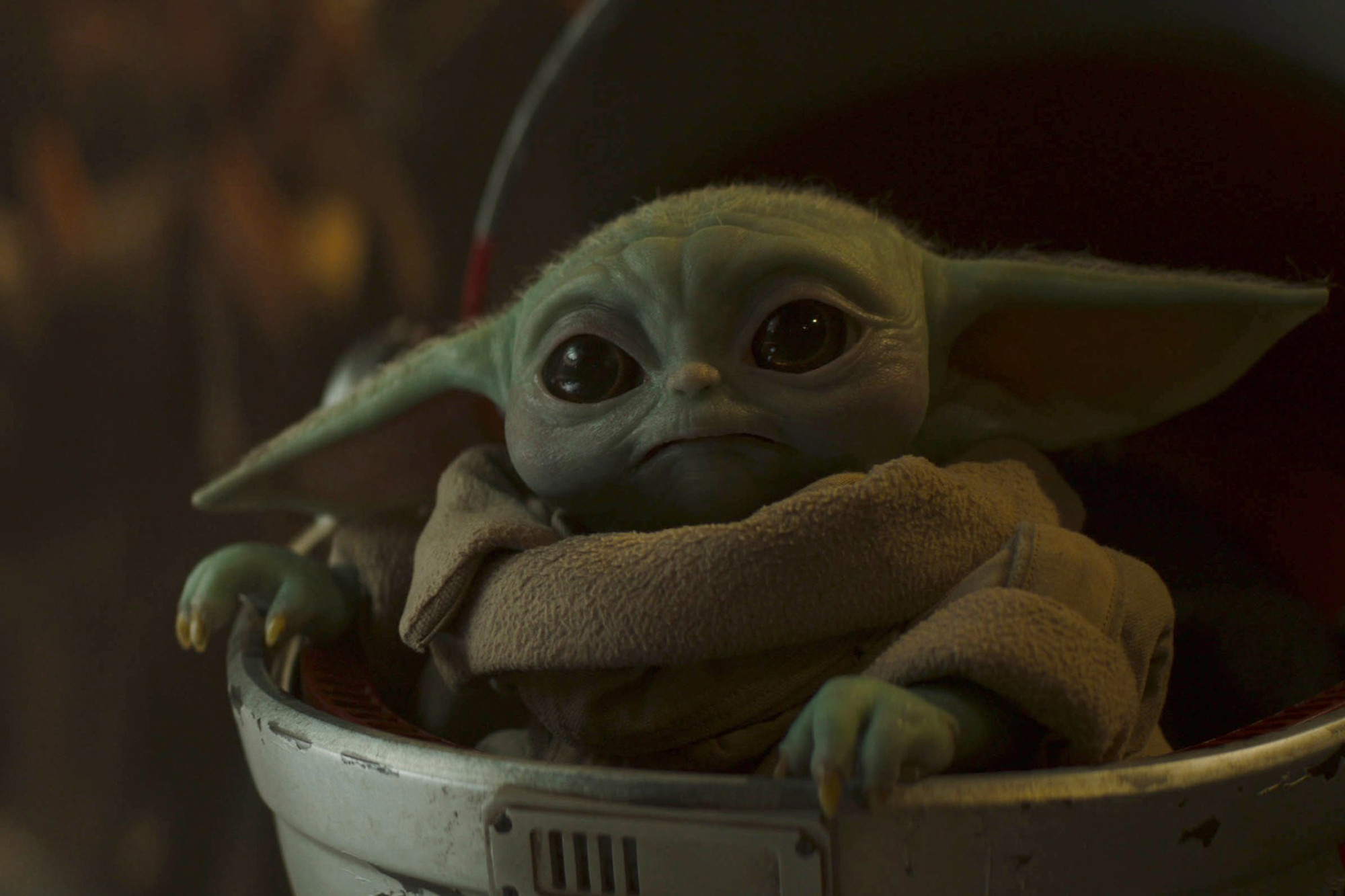 Baby Yoda has been a "Mandalorian" fan favorite since Season 1. 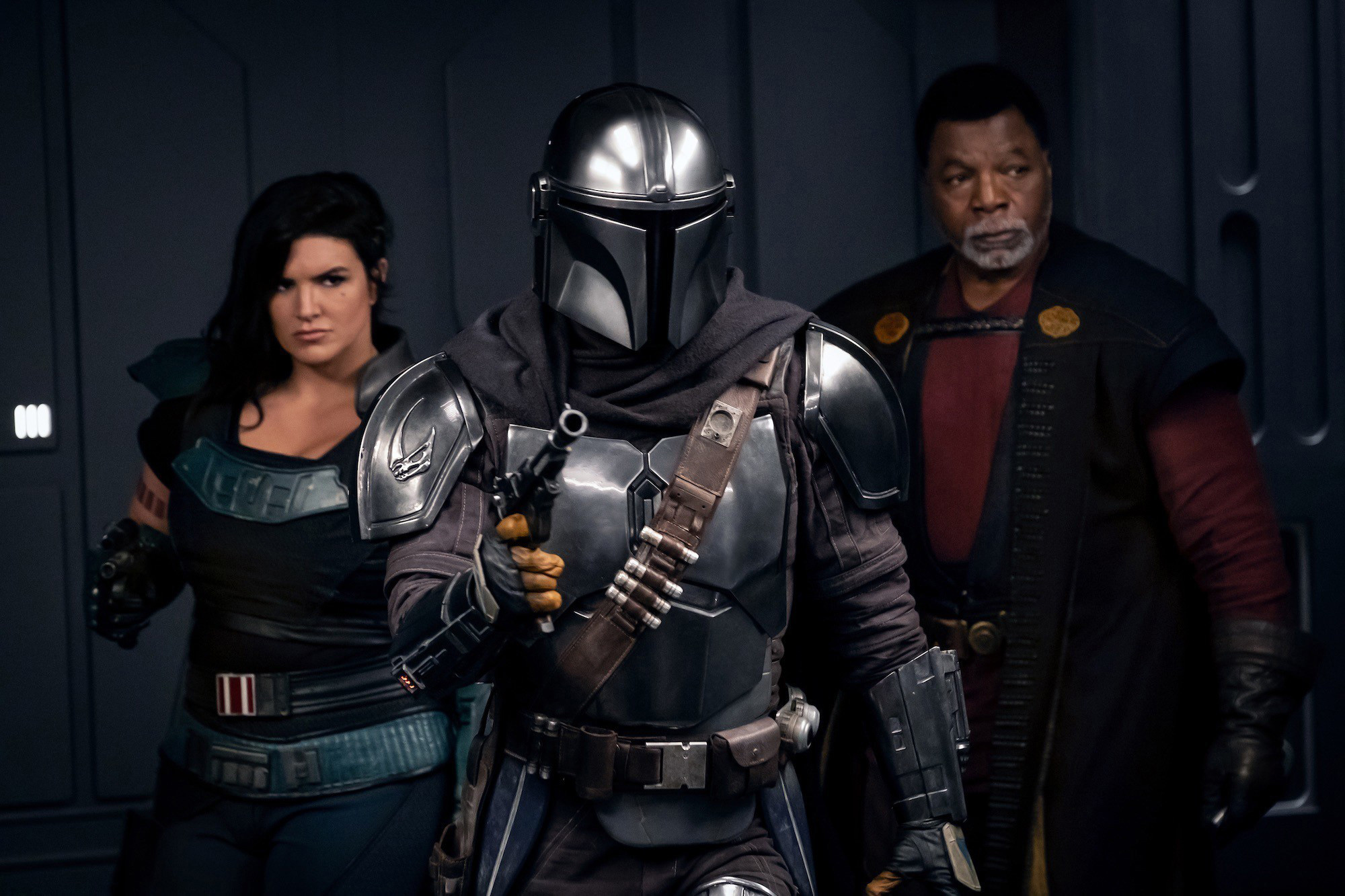 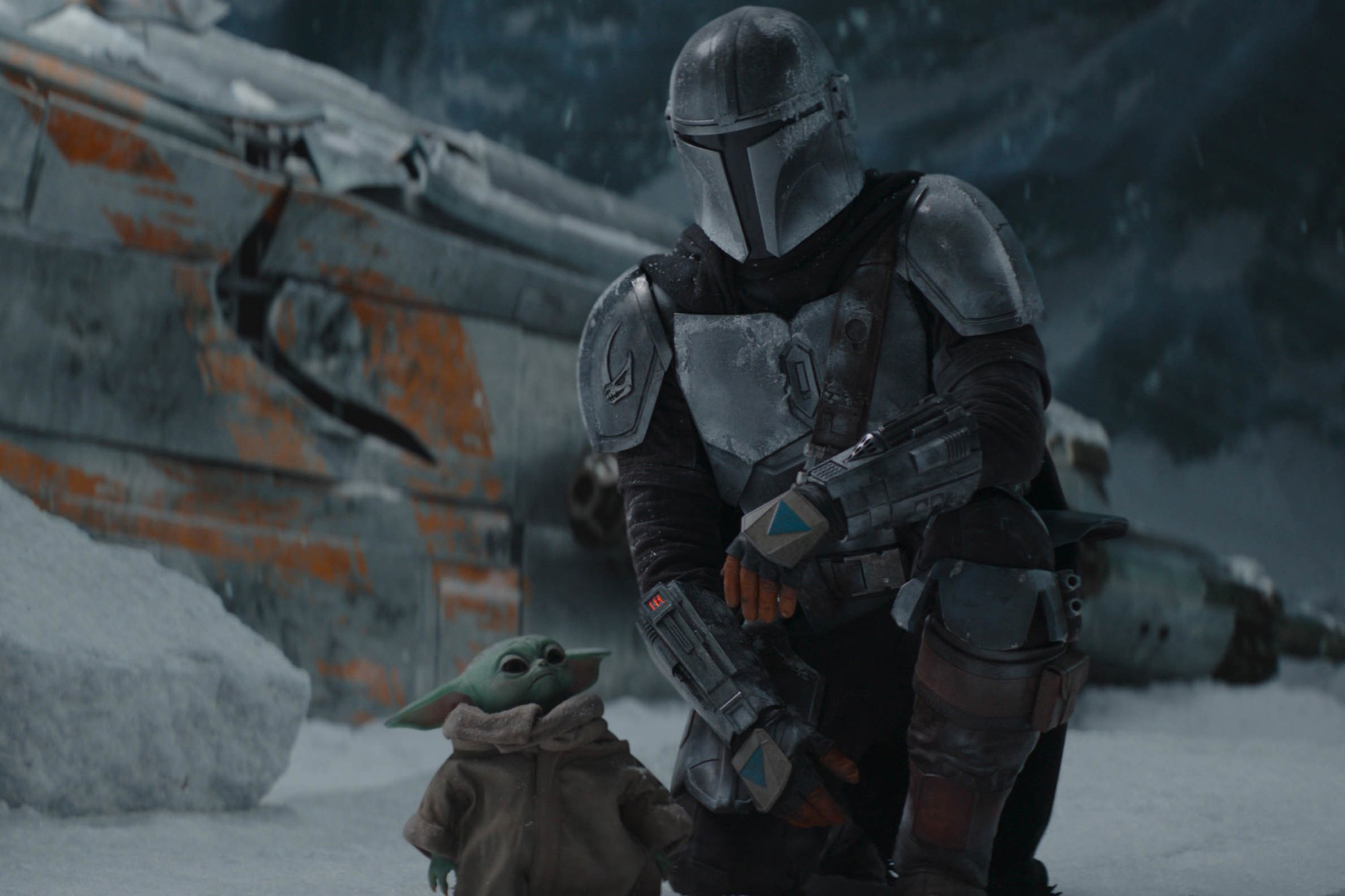 Din Djarin (Pedro Pascal) and Baby Yoda return to the world of "Star Wars" in Season 2 of "The Mandalorian." 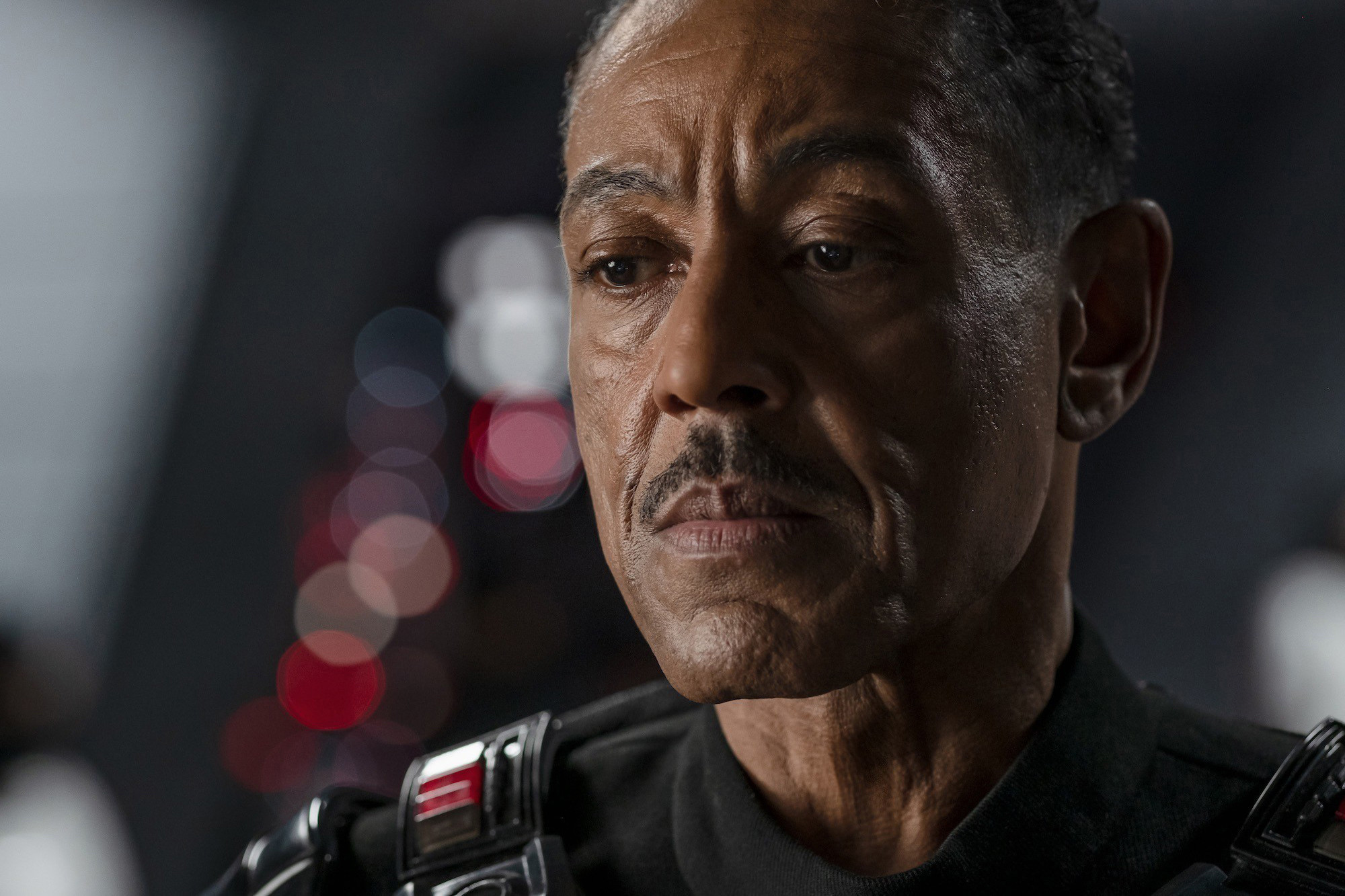 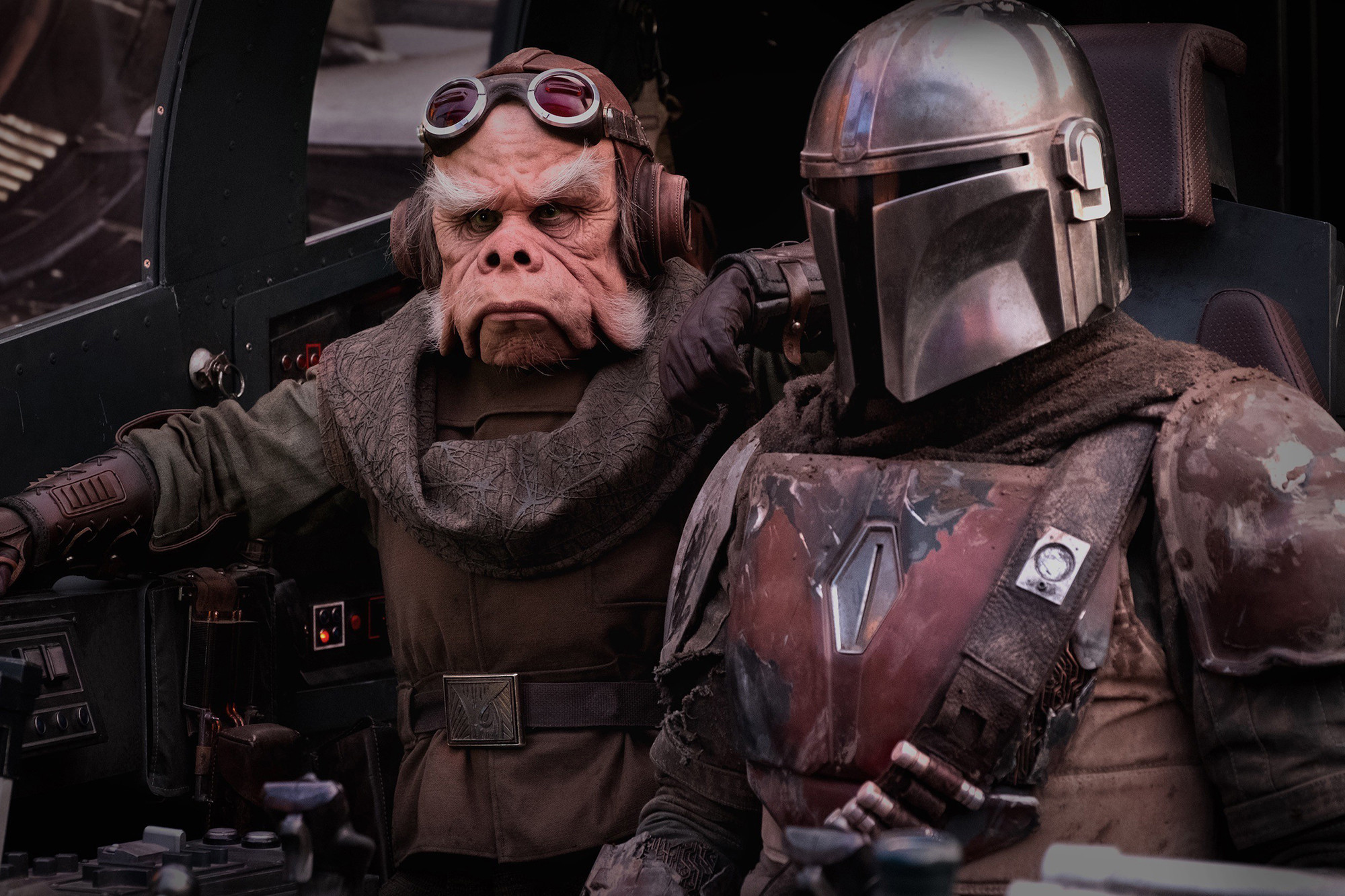 Kulil (voiced by Nick Nolte) and Din Djarin (Pedro Pascal) in Season 2 of "The Mandalorian."

Another key will be the expanding cast. Series creator Jon Favreau has said that he hopes Season 2 — which includes an episode directed by Bryce Dallas Howard — will take a cue from another popular fantasy series and its sprawling narrative.

“The world was really captivated by ‘Game of Thrones’ and how that evolved as the characters followed different storylines,” Favreau told Entertainment Weekly. “That’s very appealing to me as an audience member.”

The news is welcome, as one of the criticisms leveled at the first season was that it felt thin, like a simple Clint Eastwood Western stretched over eight hours.

Arguably the most hotly anticipated new character is Ahsoka Tano, the plucky (and sometimes bratty) young apprentice to Anakin Skywalker in the 2008 animated series “Star Wars: The Clone Wars.” In 2015, Gizmodo called her “the best thing to happen to ‘Star Wars’ in 20 years.”

Tano was a teenager during “The Clone Wars,” but because “The Mandalorian” takes place after the events depicted in “Return of the Jedi,” when we see her now, she’ll be middle-aged. (She is rumored to be played by 41-year-old Rosario Dawson.)

Another fan-favorite who could make a return is Boba Fett. The popular bounty hunter seemingly died in “Return of the Jedi,” but his reappearance was teased in Season 1 when a mysterious character’s feet, accompanied by the sound of Fett’s spurs, were briefly shown.

Temuera Morrison, who played Jango Fett in the “Star Wars” prequels, is set to appear in “The Mandalorian,” and some speculate that the 59-year-old actor will be strapping on Fett’s iconic armor.

Also joining is Katee Sackhoff (“Battlestar Galactica”), playing Mandalorian warrior Bo-Katan Kryze, a character she voiced in “Star Wars: The Clone Wars.” Bo-Katan was the last owner of the Darksaber, and her inclusion suggests that we’ll probably learn how Gideon got the weapon.

Then, there’s Timothy Olyphant, no stranger to Westerns. The “Justified” and “Santa Clarita Diet” alum, 52, was tapped to play Cobb Vanth, a sheriff on Tatooine, Luke Skywalker’s home planet.

The filmmakers behind the series have promised the second season will be even better than the first, in the same way many found “The Empire Strikes Back” to be superior to the original film.

Fingers crossed. With the recent theatrical “Star Wars” releases disappointing many, fans could use a new hope. 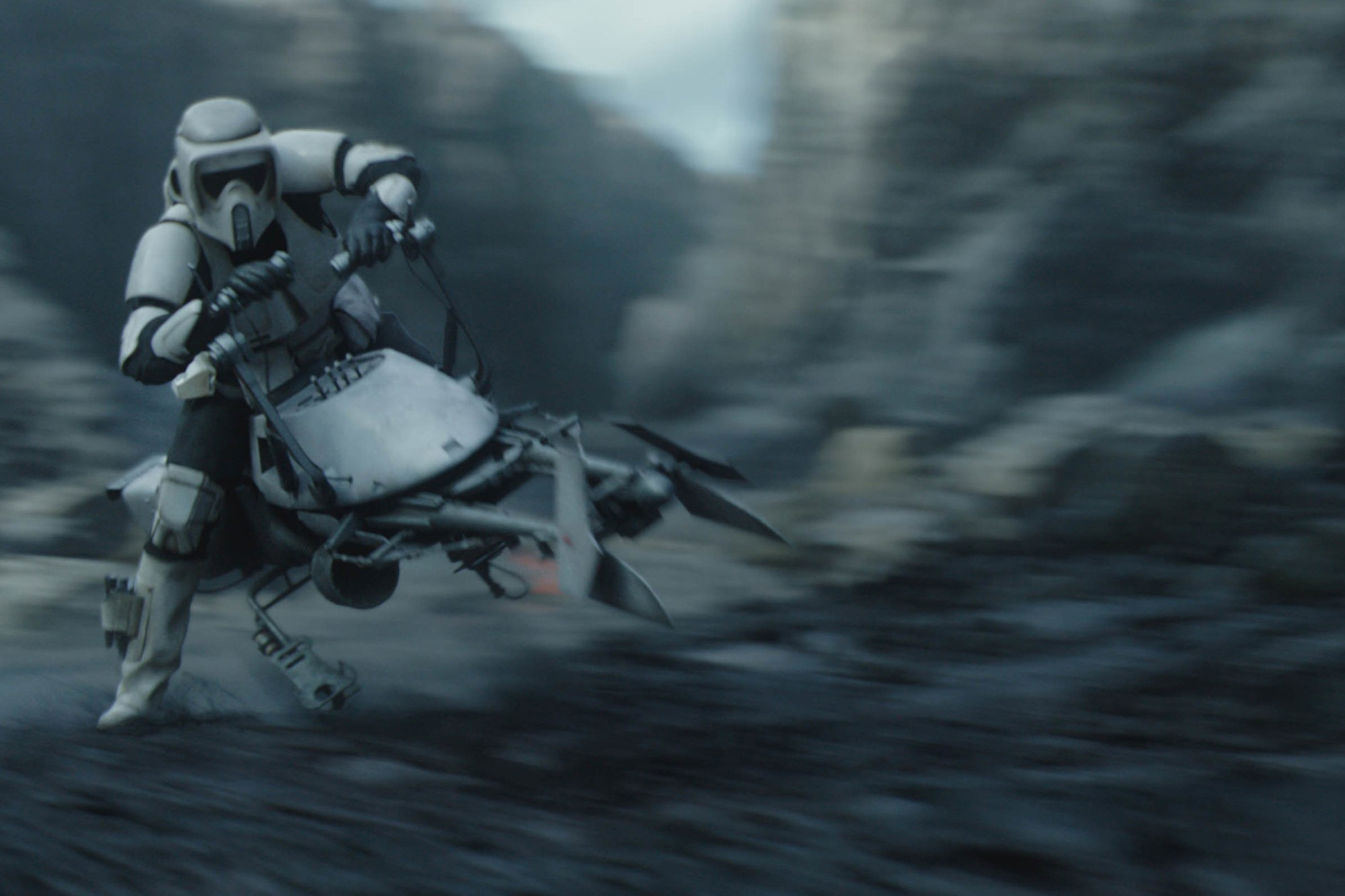 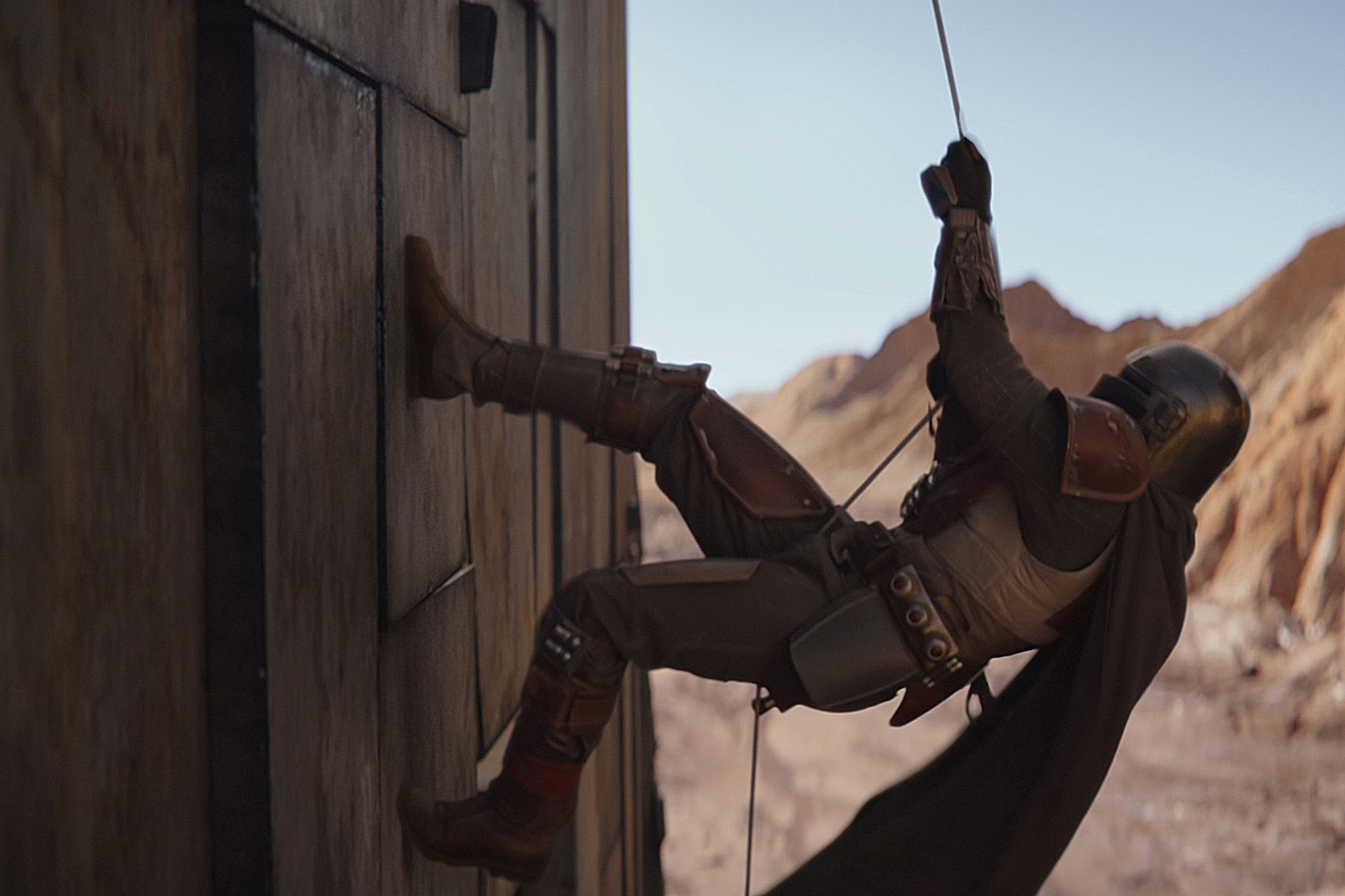 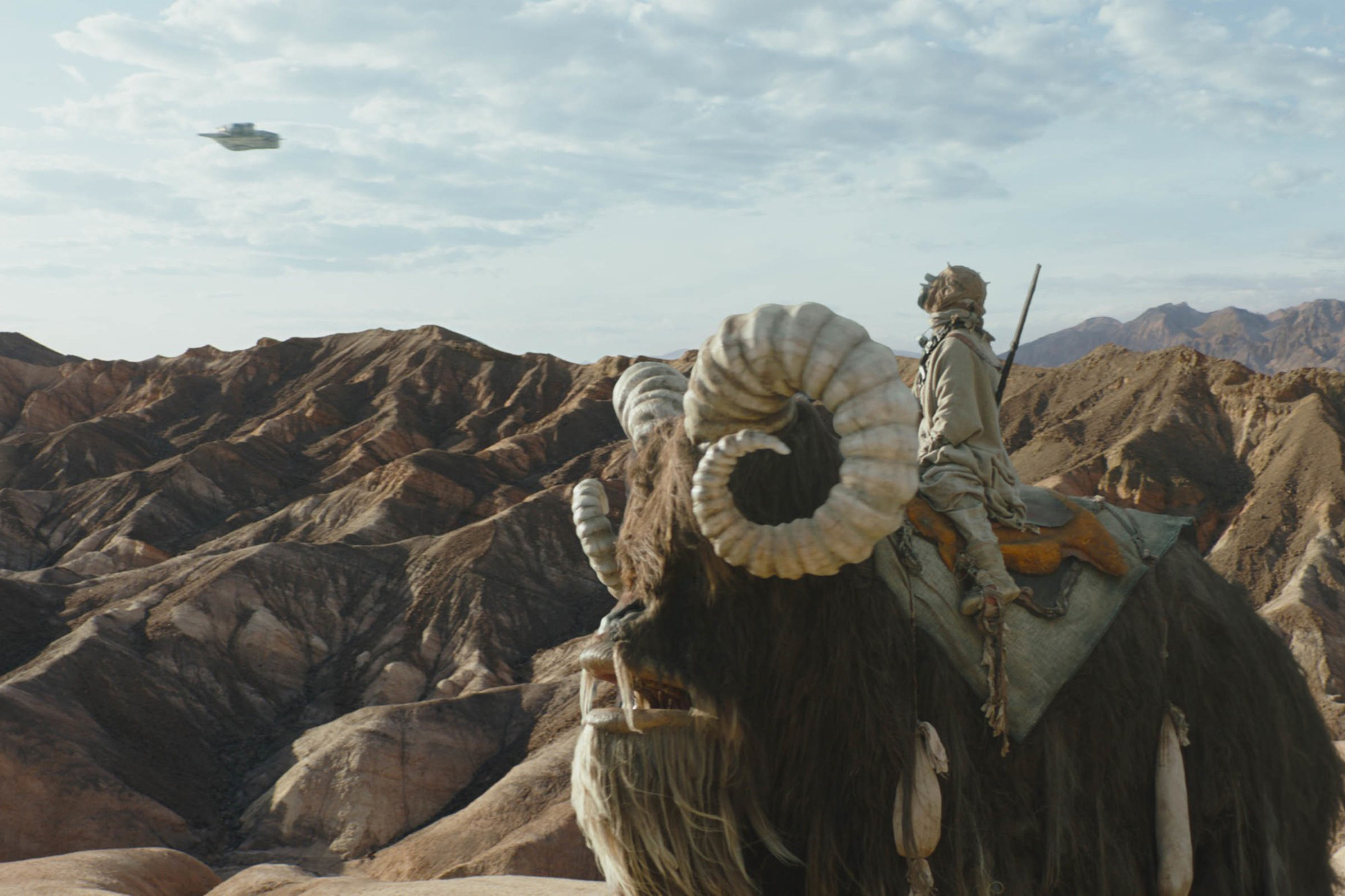 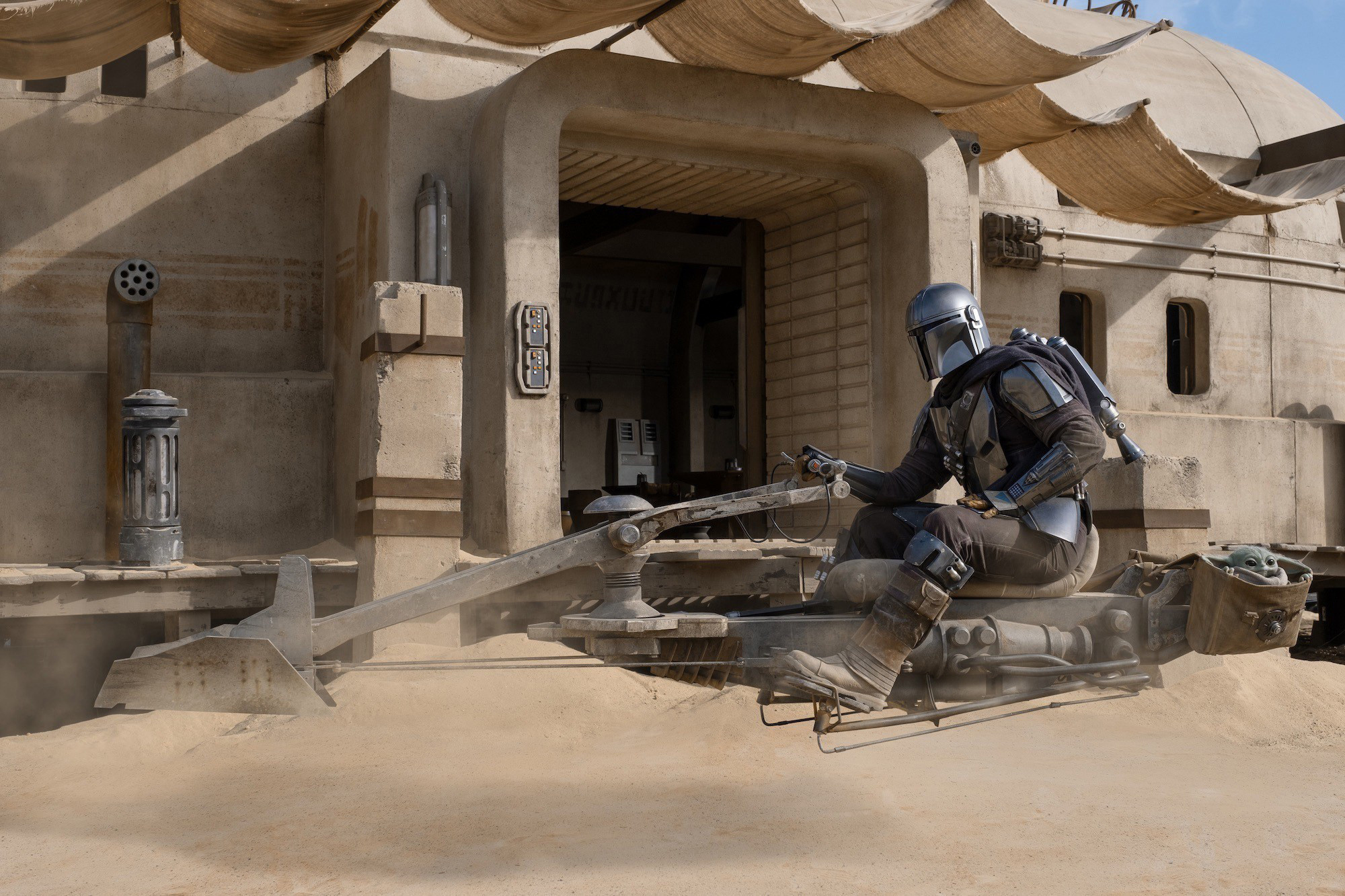 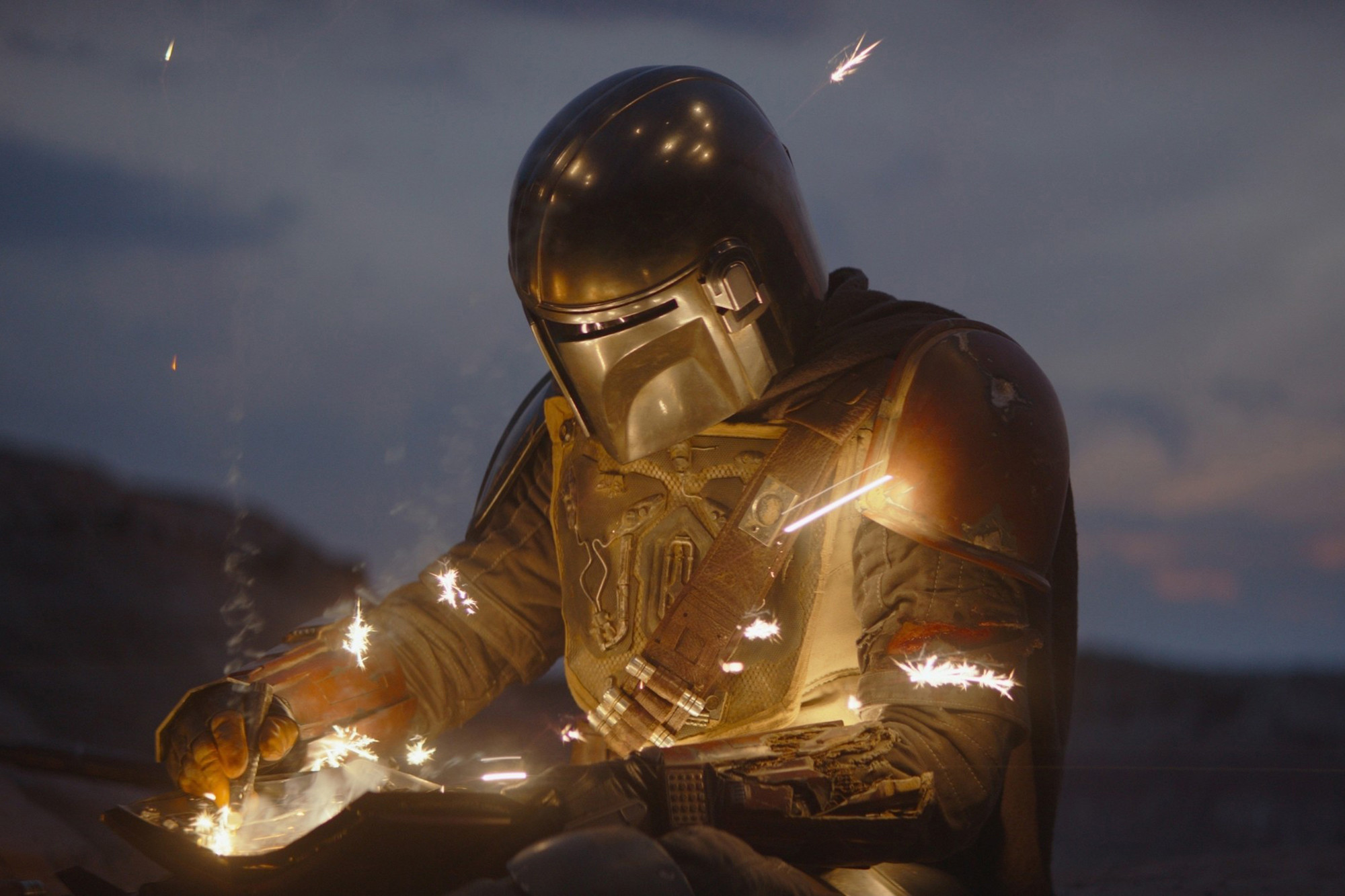 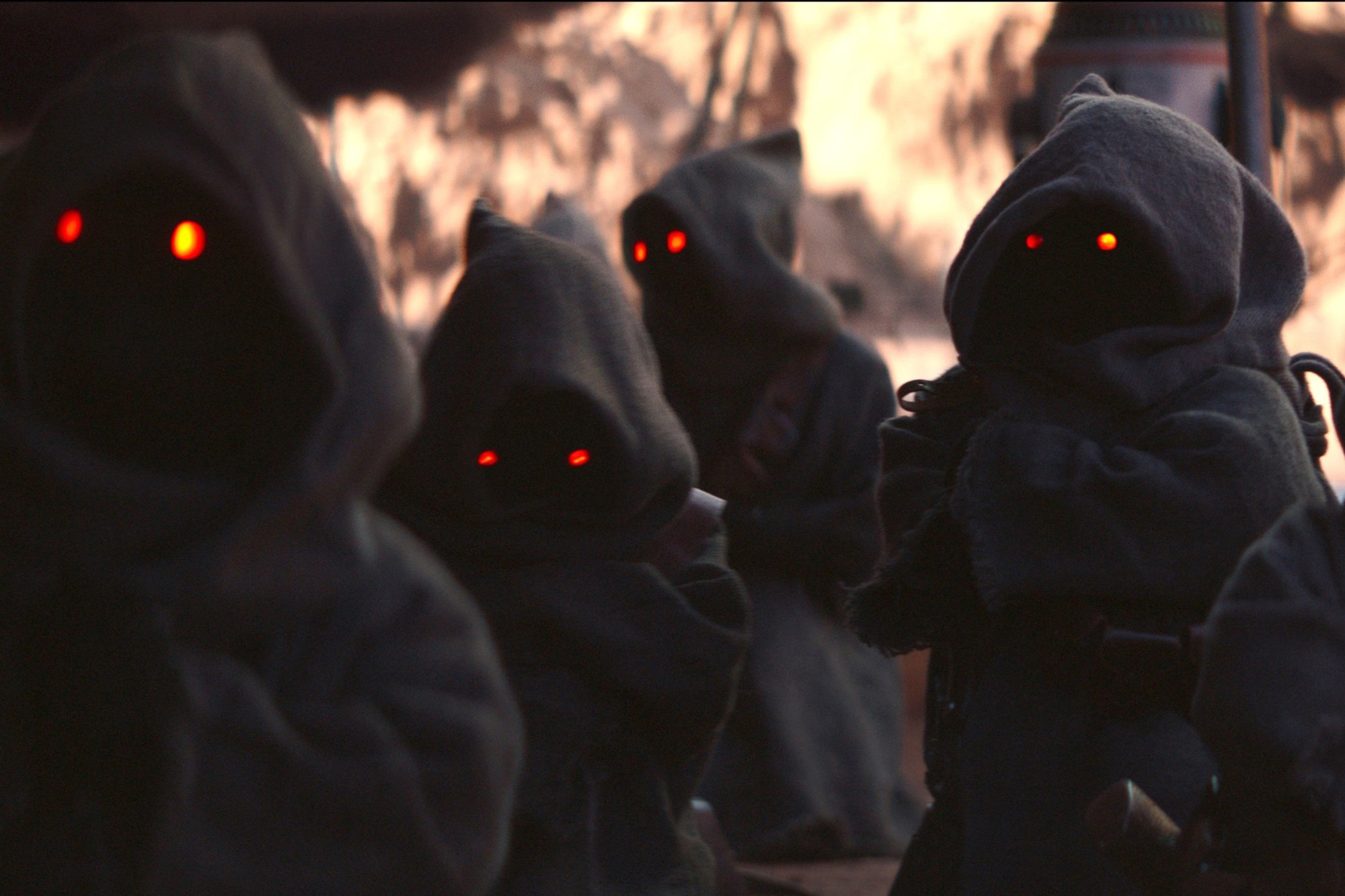 Most Popular This Week
1
Kyle Richards Reacts After Lisa Vanderpump Sends Her the ...
2
90 Day Fiance’s Vanessa: Fiance Colt’s High Sex Drive ...
3
21 Most Flattering Jean Shorts for Nearly Every Body ...
4
Jade Roper: Carly and Evan Are Exploring ‘All Avenues’ ...
5
Josh Duhamel: J. Lo Would've Intimidated Me If I ...
6
Jax Taylor, Brittany Cartwright Share Son's 'Not Romantic' Conception ...
7
17 Push-Up Bras That Are Actually Comfortable Enough to ...
8
John Mulaney Is Dating Olivia Munn After Anna Marie ...
9
These Ultra-Cushioned Running Sneakers Have Over 3,000 Reviews and ...
10
Jersey Shore’s Ronnie in Treatment for ‘Psychological Issues’ After ...