‘Bad Hair’ review: In this horror film, a ‘do will do you in

‘Bad Hair’ review: In this horror film, a ‘do will do you in

Fun had been on life support in the horror genre for a few years as films became more socially conscious after “Get Out” exploded, and others grew paralyzingly scary. But there are still writers and directors out there who like to lather in the genre’s natural insanity.

Writer-director Justin Simien is one. His demented film “Bad Hair” is about, of all things, a killer weave. Before you search “weave” to see if there is an alternate definition you were heretofore not aware of, know that I indeed mean hair sewn onto a woman’s existing mop. The style is often associated with black women, who can achieve longer locks with it.

Weaves do not frequently play a role in homicides. Until today.

Simien’s strange story is set in the late ‘80s, when a hungry young LA professional named Anna (Elle Lorraine) takes a job at a music TV station meant for black audiences called Culture. After a successful interview, boss Zora (Vanessa Williams) gives her a quizzical look. “Anna, who does your hair?,” she says. “If you went to an interview at any other building in town, you wouldn’t get past reception.” 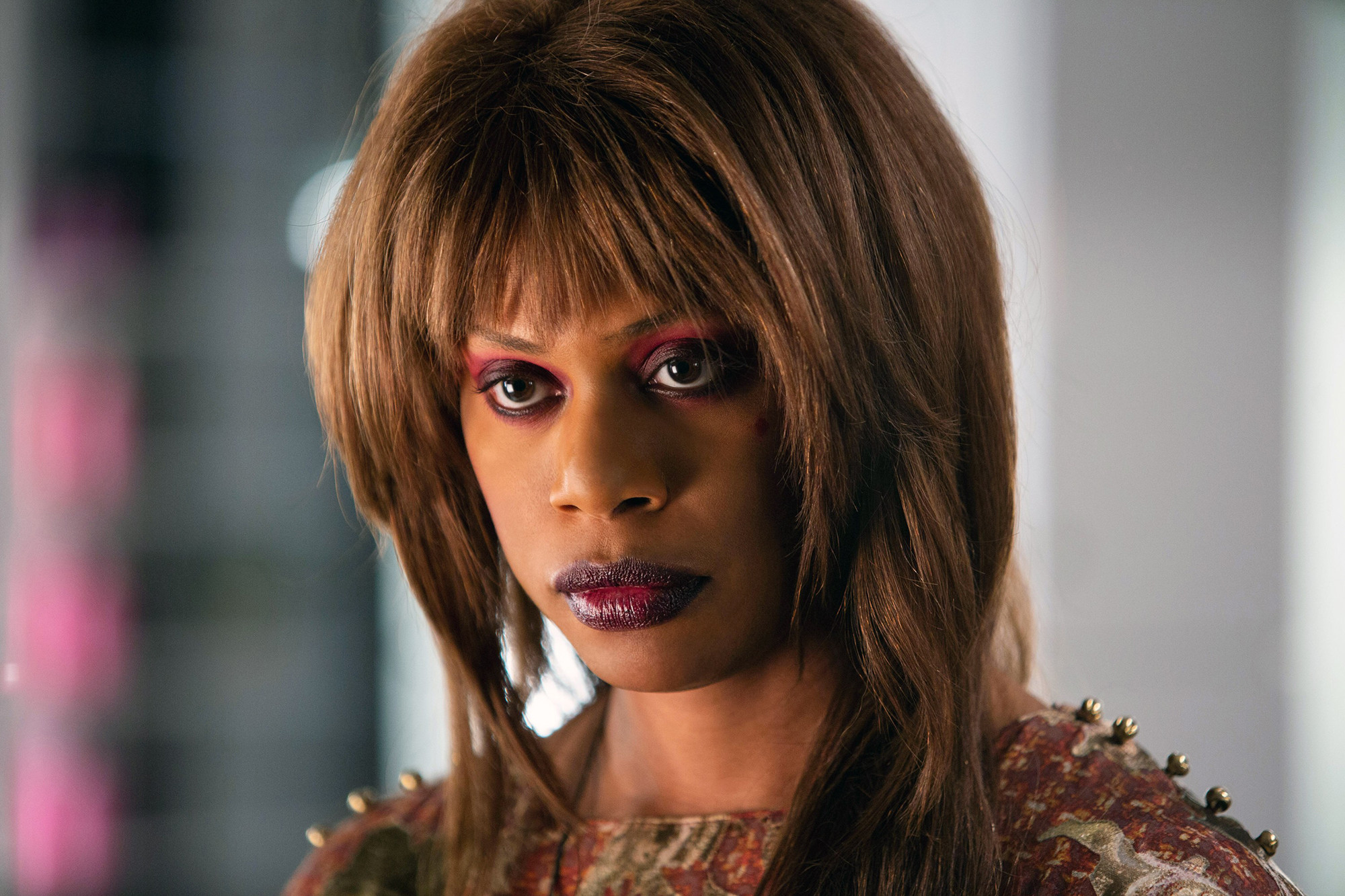 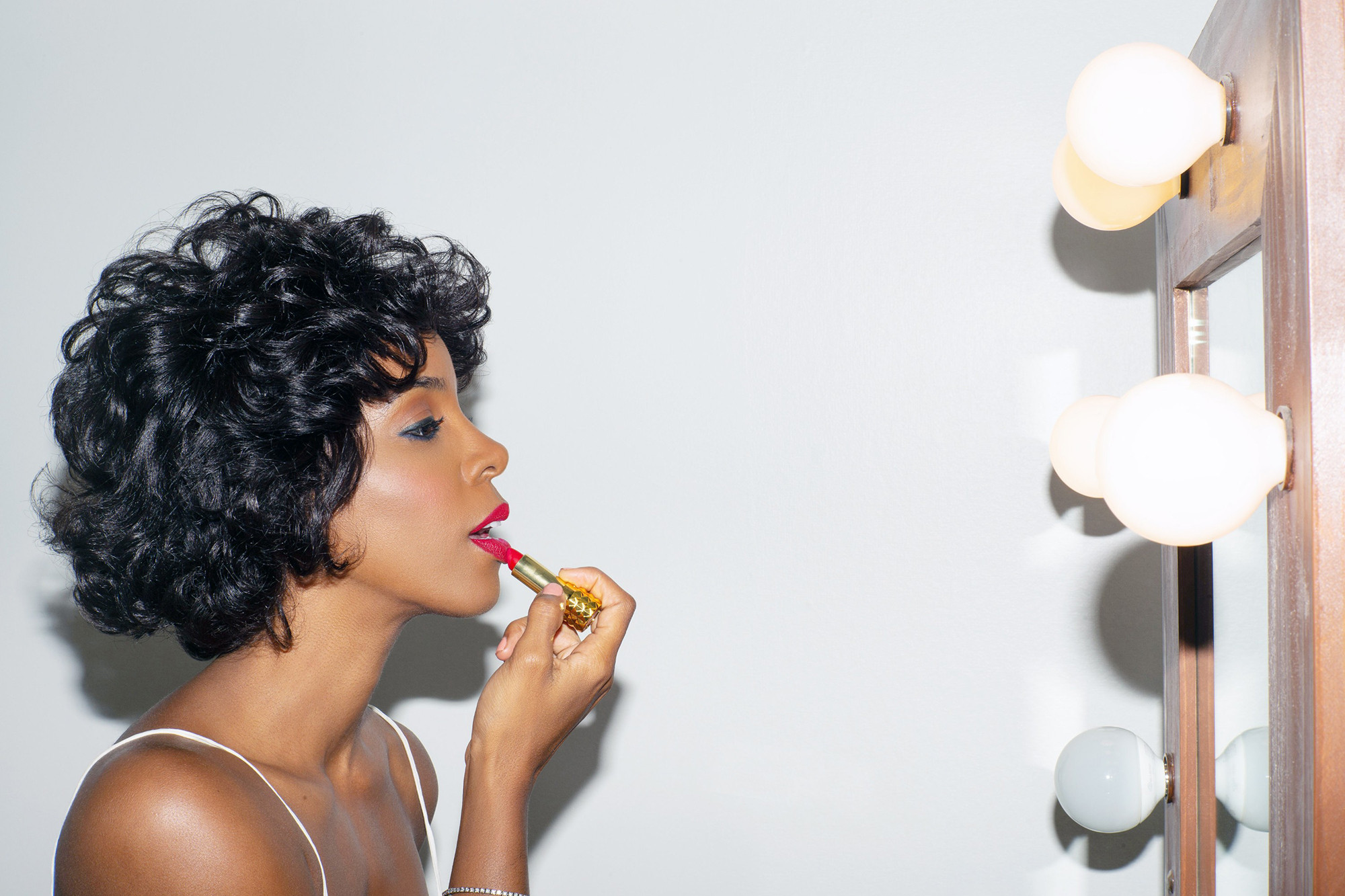 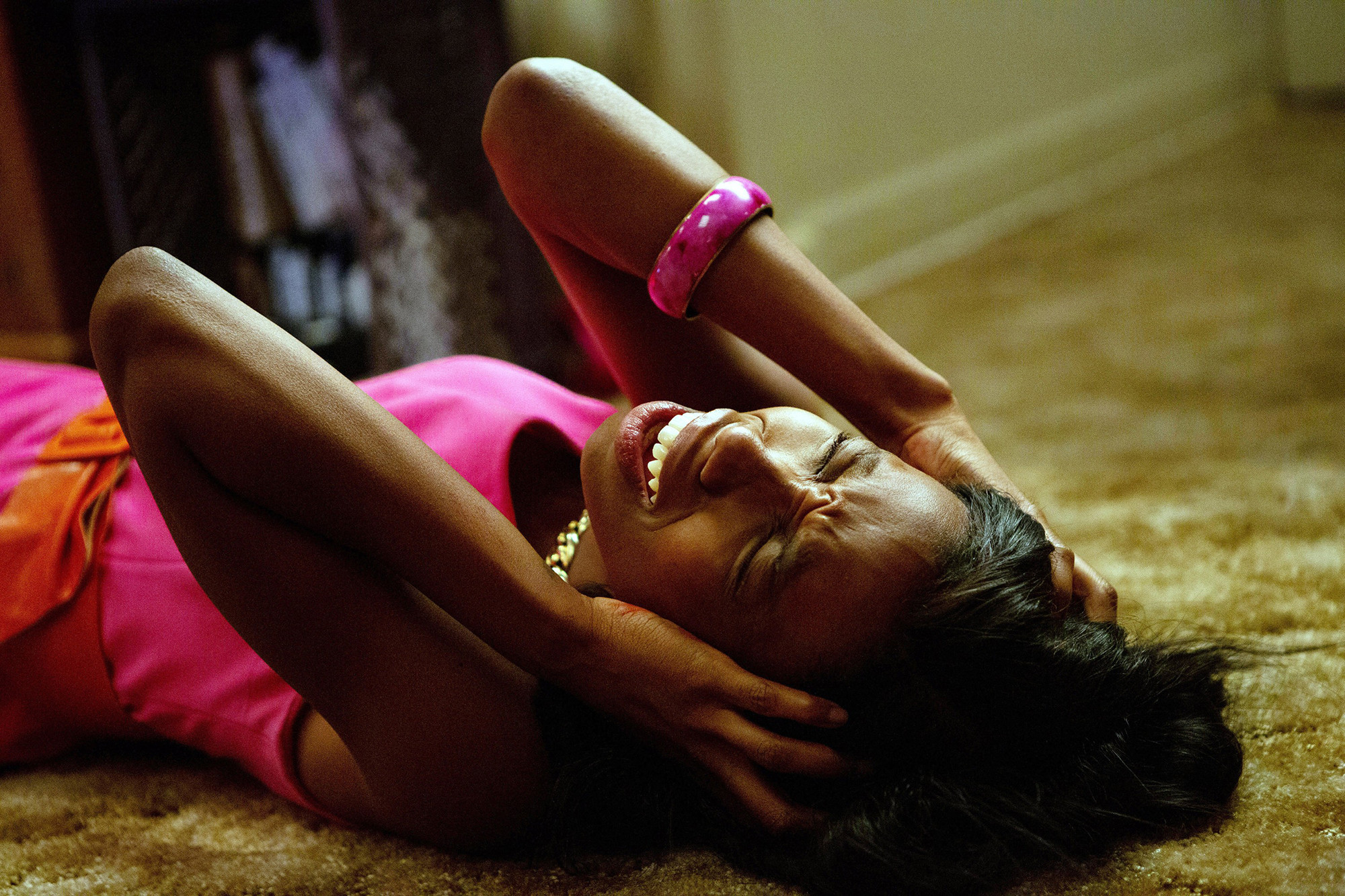 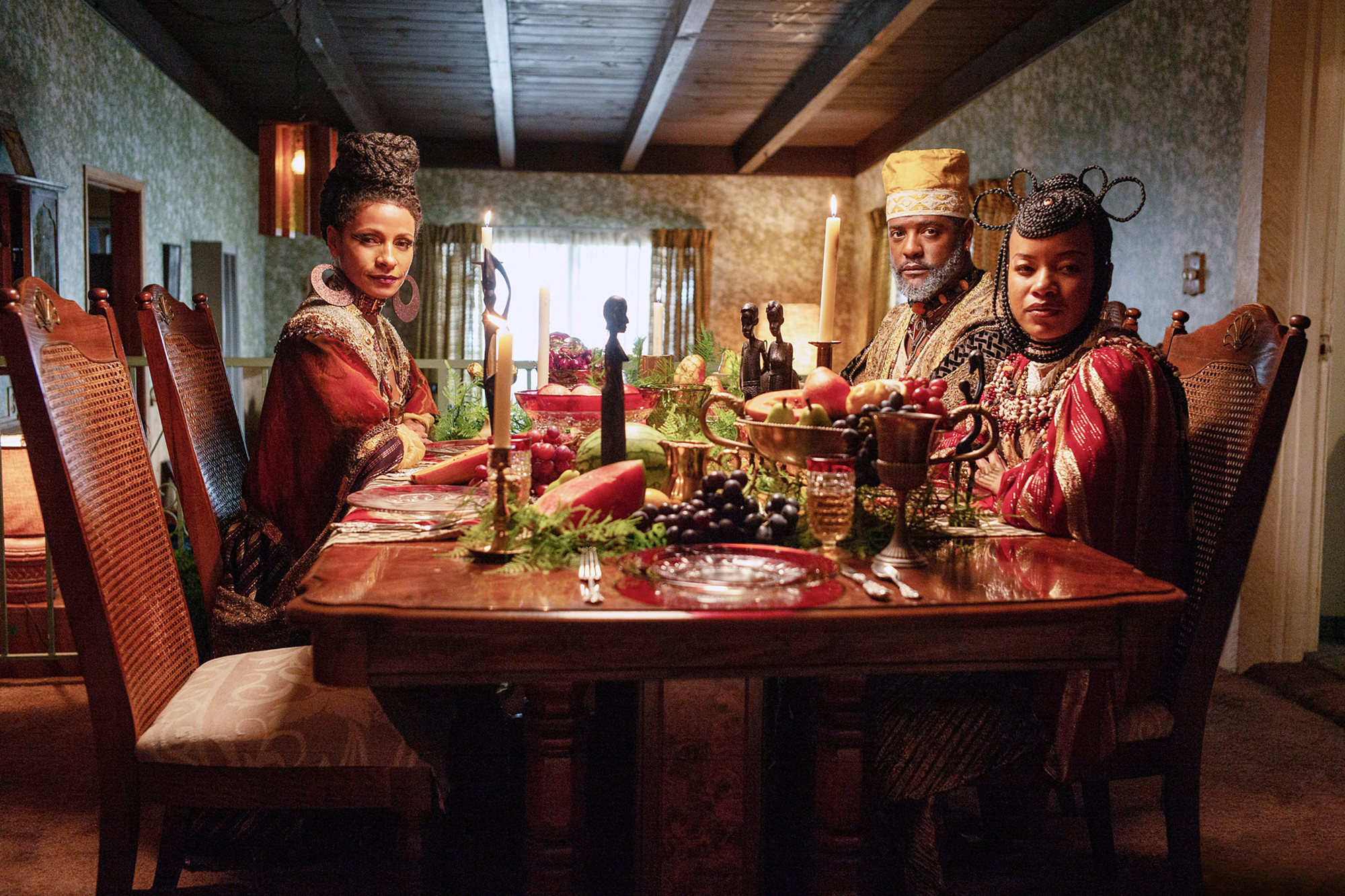 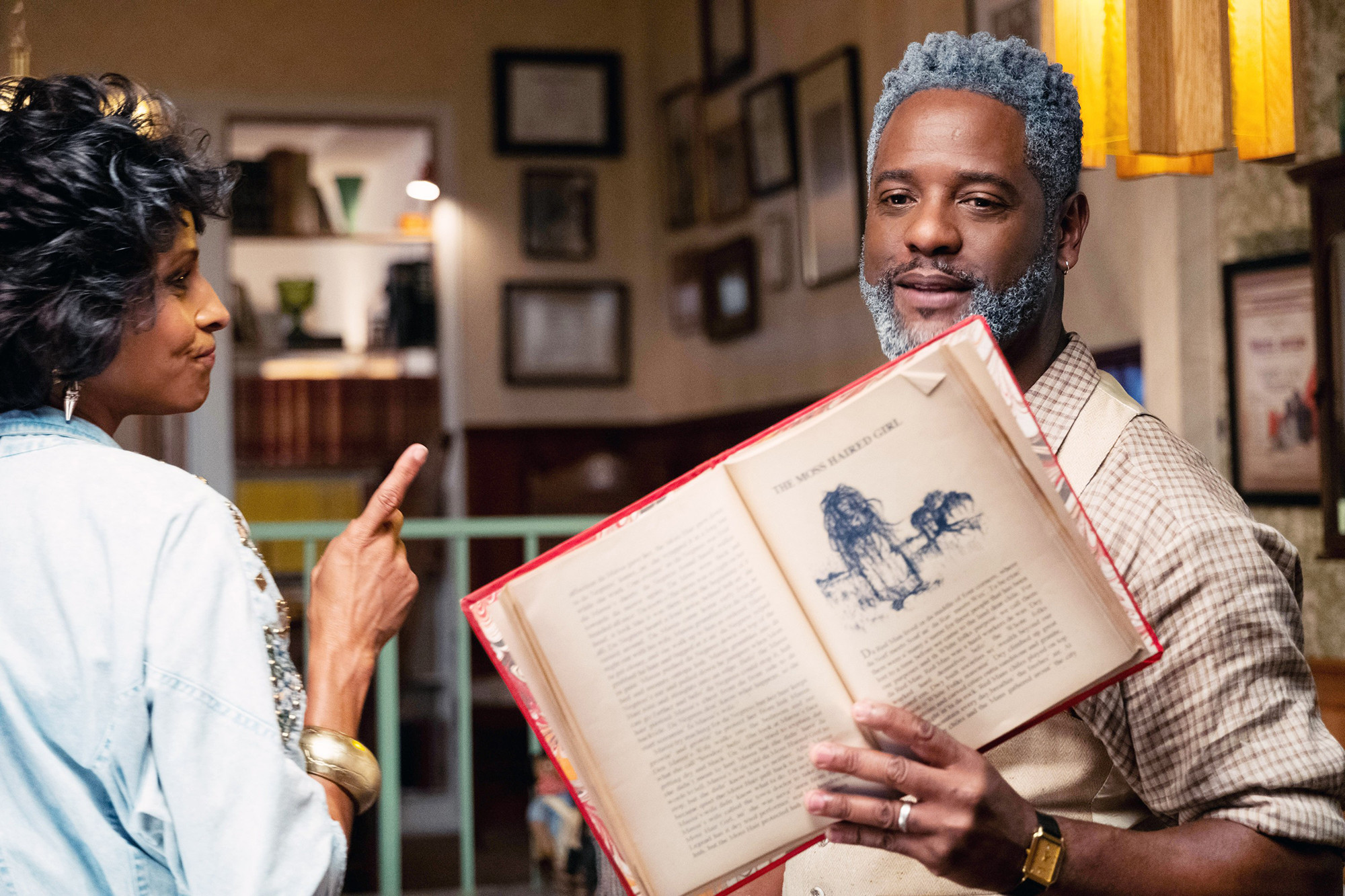 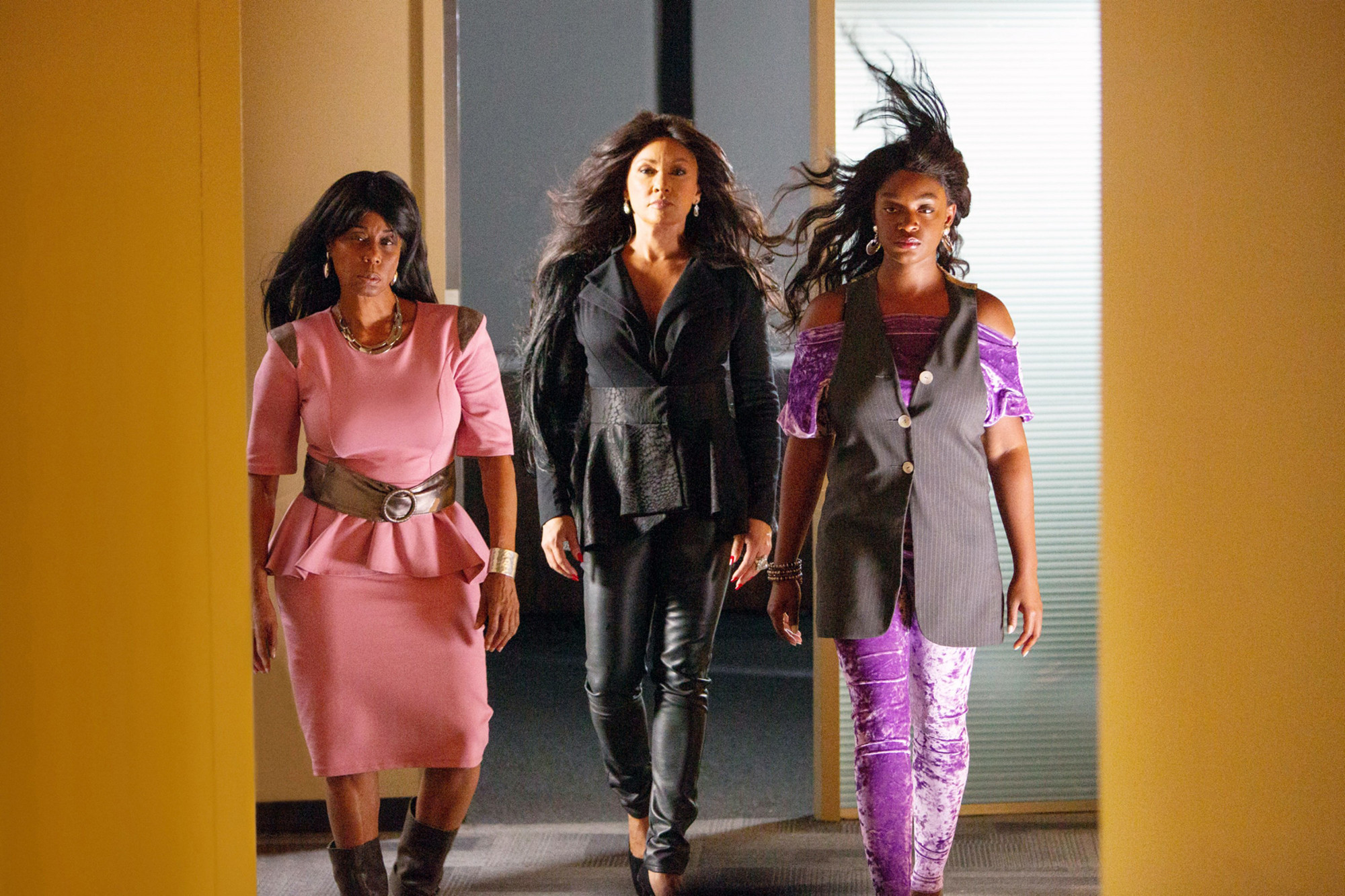 Zora, played by Williams at her Williamsest, sends Anna to Virgie’s Salon, where a seemingly possessed stylist played by Laverne Cox excruciatingly installs her new ‘do. Channeling the barbaric barber of “Sweeney Todd,” Simien gives us his scariest scene. Anna’s hair is harshly tugged and braided, and she bleeds as though she’s on an operating table. It’ll make you cancel your salon appointment.

Back at Culture, suddenly everybody is tripping over themselves to be nearer to her. However, Anna’s improved reputation is a result of a deal with the devil: Her shiny new hair starts to snake out like Medusa’s and kill helpless victims.

The film isn’t all fun and bangs. The message in Simien’s madness is that black women sometimes adopt the qualities of white women to climb the corporate ladder, and does that come at a cost? Simien never lets the seriousness vanquish the wacko developments, though. And as Lorraine deftly evolves Anna from a demure job-seeker to a lethal vixen, the film — which also stars Lena Waithe, Usher, Jay Pharoah and (where’ve you been?) James Van Der Beek — becomes a blood-soaked “Stepford Wives.”

“Bad Hair” is about 10 minutes too long. You don’t salivate over Anna’s home life as much as you do her office from hell, and a few of those scenes could have been trimmed. Nonetheless, it’s nice to see horror let its hair down again.

Most Popular This Week
1
Check Now: Powerball jackpot climbs to $378M
2
'We delete the order' : Starbucks barista in response ...
3
Melinda Gates says that her divorce was 'unbelievably painful'
4
CNN’s Jim Sciutto on leave after ‘serious fall’, internal ...
5
Kim Kardashian settles with the SEC over her promotion ...
6
Kanye West wears 'White Lives Matter' sweater at YZY ...
7
Meghan Markle was 'obsessed' with the palace saying there ...
8
Kim Kardashian could be just the beginning of a ...
9
Chris Cuomo's first show brings him back to primetime ...
10
A neighbor wrote a harsh letter about a birthday ...