Vodega in DUMBO tries to replicate “classic” Big Apple bodega dishes using all-vegan ingredients — but the spurious sandwiches and sides wouldn’t fool a dead bodega cat. In the name of “bringing the natural world to your neighborhood,” it substitutes palate thrillers such as jackfruit (often compared with chewing gum) and seitan (don’t ask) for …

In the name of “bringing the natural world to your neighborhood,” it substitutes palate thrillers such as jackfruit (often compared with chewing gum) and seitan (don’t ask) for meat and cheese.

Say this for owner/chef Jeremy Dean’s heretical heroes, which are priced from $8 to $14: the fresh bread from Brooklyn bakery Caputo’s whips the dry, dreary corner-deli article.

But “plant-based comfort food” ranged from barely tolerable to intolerable. The various elements left so much clinging goop in my mouth that I couldn’t wait to wash it down with Yoo-Hoo, which at least claims “it will always stay fresh.”

The SEC, or “sausage, egg and cheese,” was as nasty on the tongue as its scary orange-yellow hues were on the eyes.

The chopped cheese number, “our best seller” Dean said, was made with “impossible ‘ground beef.’ ” I had no idea what it was, but it mingled well with equally mysterious “cheese” sauce, egg-free “veganaise” and lettuce and tomato. Its mushy-here, crunchy-there mouthfeel evoked genuine 1 a.m. bodega desperation. 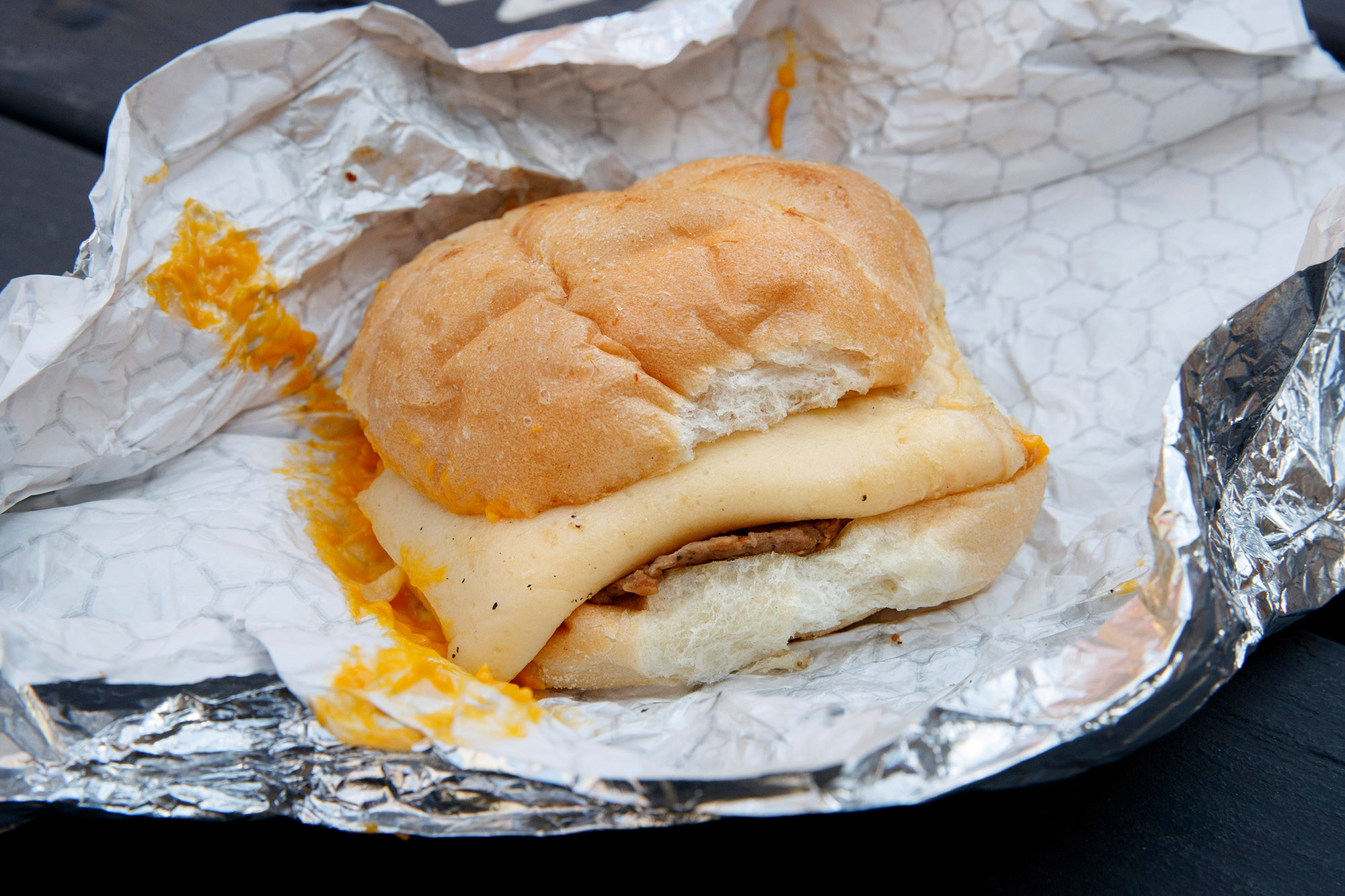 Vodega’s egg, cheese and sausage on a roll 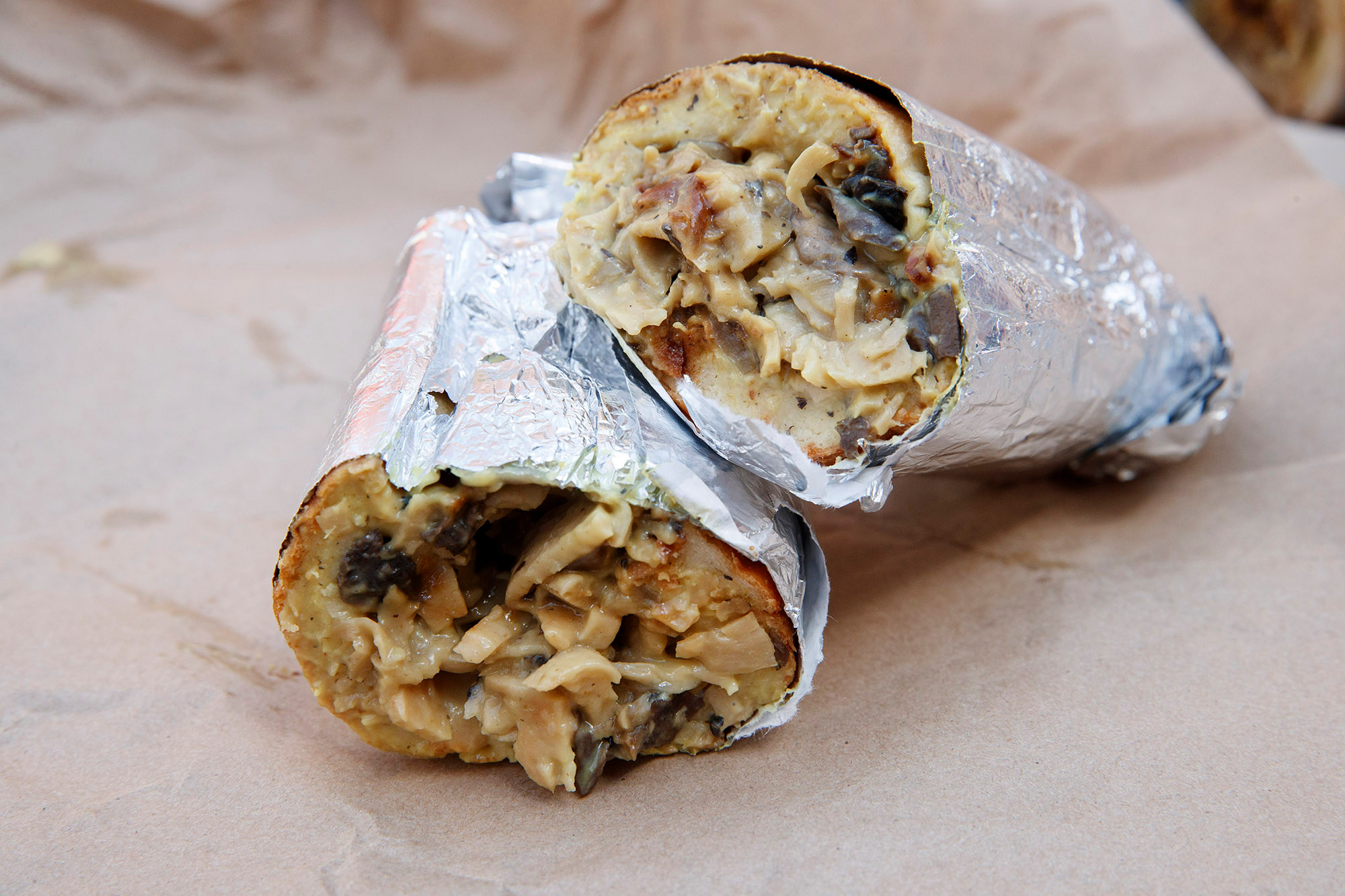 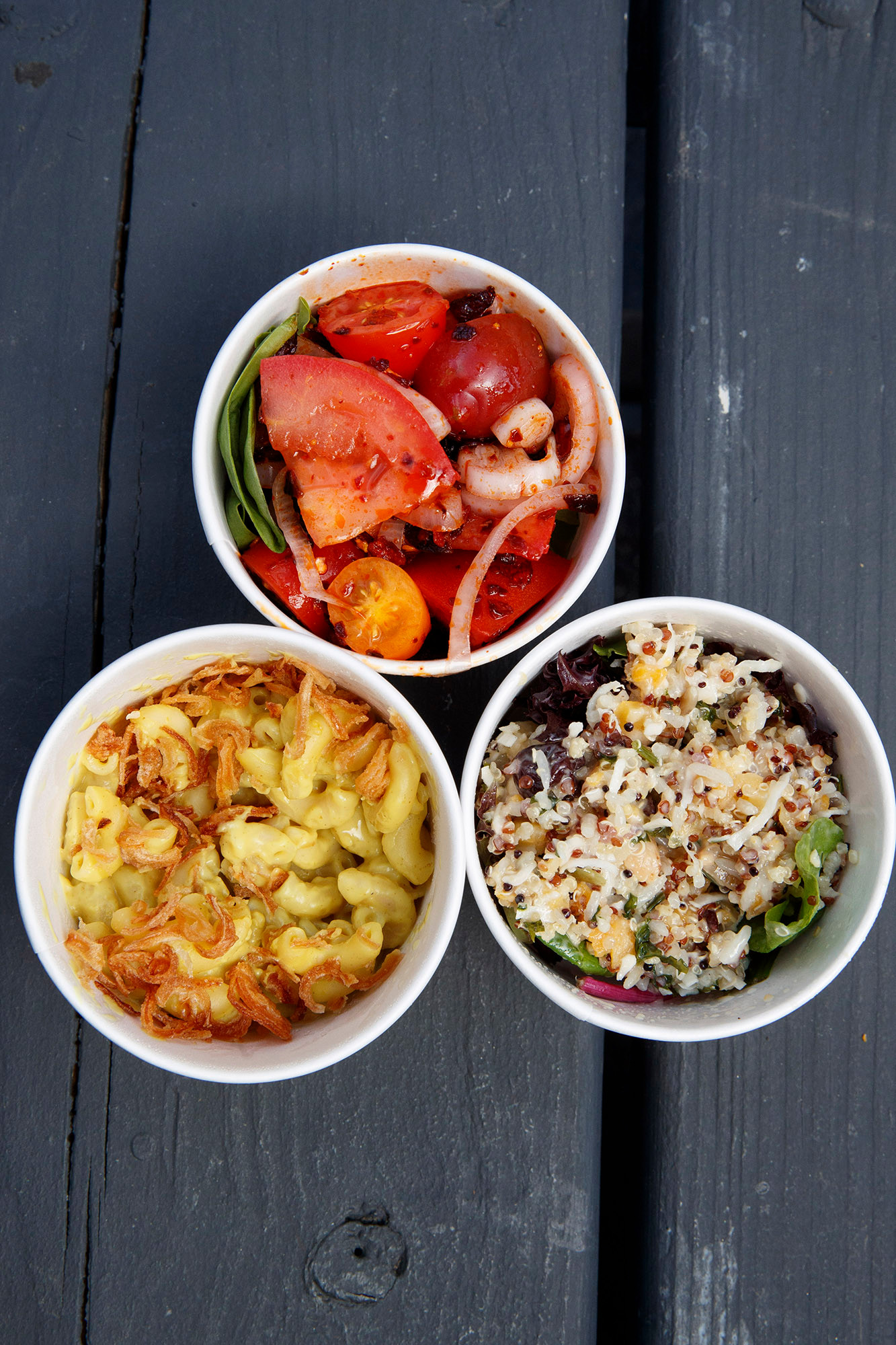 The griddle-pressed mock-Cuban posed no threat to the luscious proletarian staple served at Margon on West 46th Street. Forget flavor separation. Crunchy pickles and pungent mustard fooled me at first, but then the mustard totally took over and blurred braised jackfruit and non-dairy “provolone cheese.”

Vodega’s take on Philly cheesesteak brought up the rear. The real kind sold at my neighborhood Market Deli on First Avenue at East 74th Street boasts flavorful beef and a pleasing crackle from shredded iceberg lettuce. Vodega’s gruesome amalgam of wheat-gluten seitan, icky counterfeit cheese sauce and onion, mushrooms and peppers oddly tasted and smelled like soy sauce and had not a hint of textural contrast.

Smoked mac & cheese reeked of imitation-smoke liquid. A side of jeweled grains including brown and black rice, quinoa and nuts and dried fruit was moderately refreshing but heirloom tomatoes in a salad were as hard as stones.

If you’re still game, be advised: there’s no room to sit and eat outside on the narrow street. But there’s a tiny park with picnic tables down the block under the Manhattan Bridge. Trains rumbling overhead might take your mind off the panic in your mouth.