Steve Cohen is cherry on top of rare Mets utopia

Enlarge Image
Look, I get so many of these things wrong, I like to relish and cherish the things I get right. My predictions and my prescience has been questioned and ridiculed for years, and legitimately. I once predicted a Rich Kotite Jets team would win 10 games (missed by seven). I once called for Tom Coughlin …

Look, I get so many of these things wrong, I like to relish and cherish the things I get right. My predictions and my prescience has been questioned and ridiculed for years, and legitimately. I once predicted a Rich Kotite Jets team would win 10 games (missed by seven). I once called for Tom Coughlin to get fired (it wasn’t exactly a lonely chorus, but we all sort of got that one wrong).

But I will cheerily retweet myself here, something I scratched out as I watched the skies open up in Queens the other night:

@MikeVacc: I haven’t seen it rain with this kind of ferocity at Citi Field since July 30, 2015, a fairly significant line of demarcation for that year’s #Metsteam.

It didn’t take long for serious Metsologists to remember the moment: a 7-1 Mets lead over the Padres that became a tooth-puller of an 8-7 loss thanks to a bunch of bullpen blowups sprinkled with a couple of Biblical and highly comedic rainstorms. That was the night after Wilmer Flores’ tears. It was a surreal blur that immediately preceded the Yoenis Cespedes trade, a sweep of the Nationals, and the greatest 2 ½ months Mets fans have enjoyed in years.

Tuesday, when I typed that, the Mets were about to get double-blanked in a doubleheader for the first time in 45 years, which was the day before Yogi Berra was fired. They were two days away from the Thursday night follies at Citi Field in which a serious, poignant moment was obscured by the GM chatting in front of a live mic, throwing the commissioner of baseball under a bus, throwing one of his owners under a train, then being himself thrown under a Sherman tank by those owners (both of whom misspelled his name even as they spat it out).

It was damn near Shakespearean.

And the next day — I mean, the very next day — the Mets came from behind twice to beat the Yankees who, though depleted, are still the Yankees and have never much minded crushing depleted Mets teams in the past. Then, of course, there was the third part of a very good day: Steve Cohen was entering into exclusive negotiations to buy the Mets.

And that was damn near Utopian.

Mets fans know to keep their touchdown dances to themselves until Cohen signs, Glengarry-style, “on the line which is dotted.” They have been to this dance before. But it is also OK for them to dream a little bit. For one thing, Cohen has been more than a clear-cut favorite among Mets fans to win this bidding with his deep pockets and deeper affinity for the team. He was Secretariat times a thousand in those hearts and minds.

Yes, there are reasonable-thinking (and still passionate) fans who worry about his past SEC issues, who are wary of the man upon whom Axe on “Billions” was based, who worry the Wilpons are just playing another game of “Psyche!” with them, who fret that baseball’s owners might treat him unkindly upon seeking approval. All fair questions.

But most of those fans, if we are speaking honestly, didn’t want any part of Alex Rodriguez and all of the baggage and all of the drama and all of the diva-ness he would’ve brought to the table. And it was hard to even keep a Mets fan awake if you talked about Josh Harris and David Blitzer.

No, Cohen has been the landslide lock of the people from Day 1, and so it was that when I posed a playful question on Twitter Friday night — asking of this might qualify as a top-five Mets day ever — a shocking number of affirmatives came back.

But Cohen offers what fans seek more than anything: hope, possibility, a limitless future. Mets fans relish having their own Steinbrenner and seem perfectly willing to adjust to whatever foibles and quirks come along with that. Quite a week for the National League team in town, that much is sure.

Give credit to the rain.

I’m not sure what was more impressive out of Pete Alonso the other night: the 400-foot shot to dead center that he hit off Chad Green’s dead red, or the way he later snapped his bat over his knee, Bo Jackson-style, like it was a used toothpick.

Another one for the podcast pile: “Literally” with Rob Lowe. Start off with the one he did with Conan O’Brien and thank me tomorrow.

I don’t want to say it’s time to worry about the Jets, but the updates the lads on the beat were providing in real time the other day were harsher than any of the reviews from “Ishtar” and “Gigli” combined.

I must admit I am a tad worried about this kid, Carter Hart, who performs regular thievery in the crease on behalf of Philadelphia’s dastardly Flyers.

Whack Back at Vac

Kevin Bryant: Why does every Aaron Judge injury make me shudder with memories of Mark Fidrych and Tony Conigliaro? Are we seeing another supernova turned way too soon into a black hole?

Vac: Every ounce of my being wants to rebut this perspective because I so enjoy watching Judge play … but that’s the problem. He too often DOESN’T play.

John Corbett: Jeff Wilpon was born on third base, and then got picked off.

Vac: Oh, I don’t think that’s the last message of this particular theme we’ll be seeing the next few weeks and months, do you? 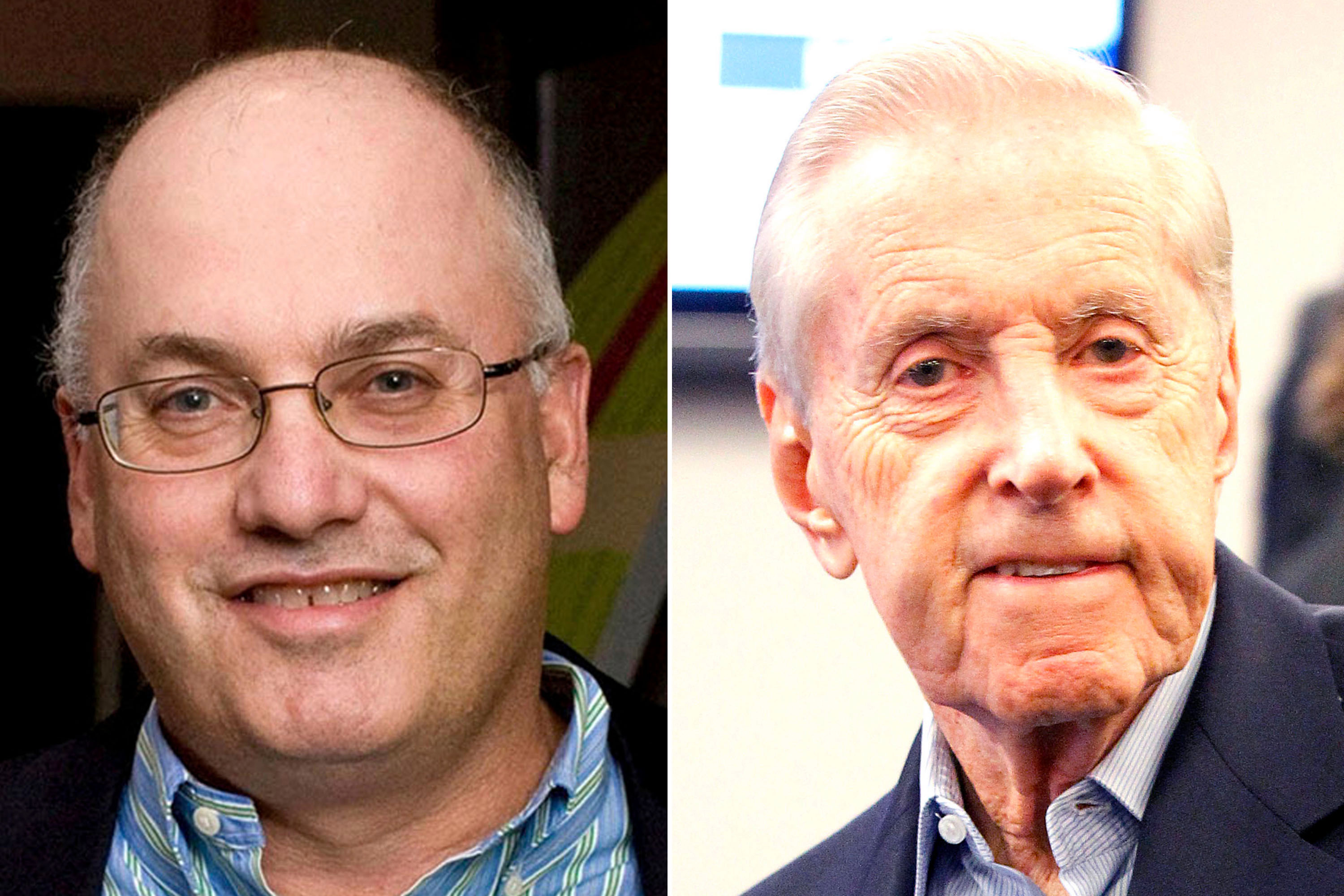 There was a lot of drama in billionaire's pursuit of Mets

FrazierCleon: Get out the violins for the poor Yankees, the only team in MLB history dealing with injuries and missing players!

@MikeVacc: It warms the cockles of my heart to see Mets fans and Yankees fans sniping and griping at each other. Normalcy!

Peter Drago: If Jeff Wilpon was Michael Corleone, “Brody” would already be sitting in the back of a car headed for the Jersey swamps.

Vac: The only question would be if he’d use Al Neri and the fishing boat as with Fredo, or Clemenza in the back seat with a garrote like Carlo.