Listen to Episode 19 of ‘Amazin’ But True’: Wilson Ramos’ Blunder, Meet The Mess

Have the Mets hit rock bottom during the 2020 season or could it get worse? After the Mets were swept by the Phillies in Philadelphia, there was some more ranting to be done on the newest episode of the “Amazin’ But True” podcast with me and Nelson Figueroa. I opened up the show going on … 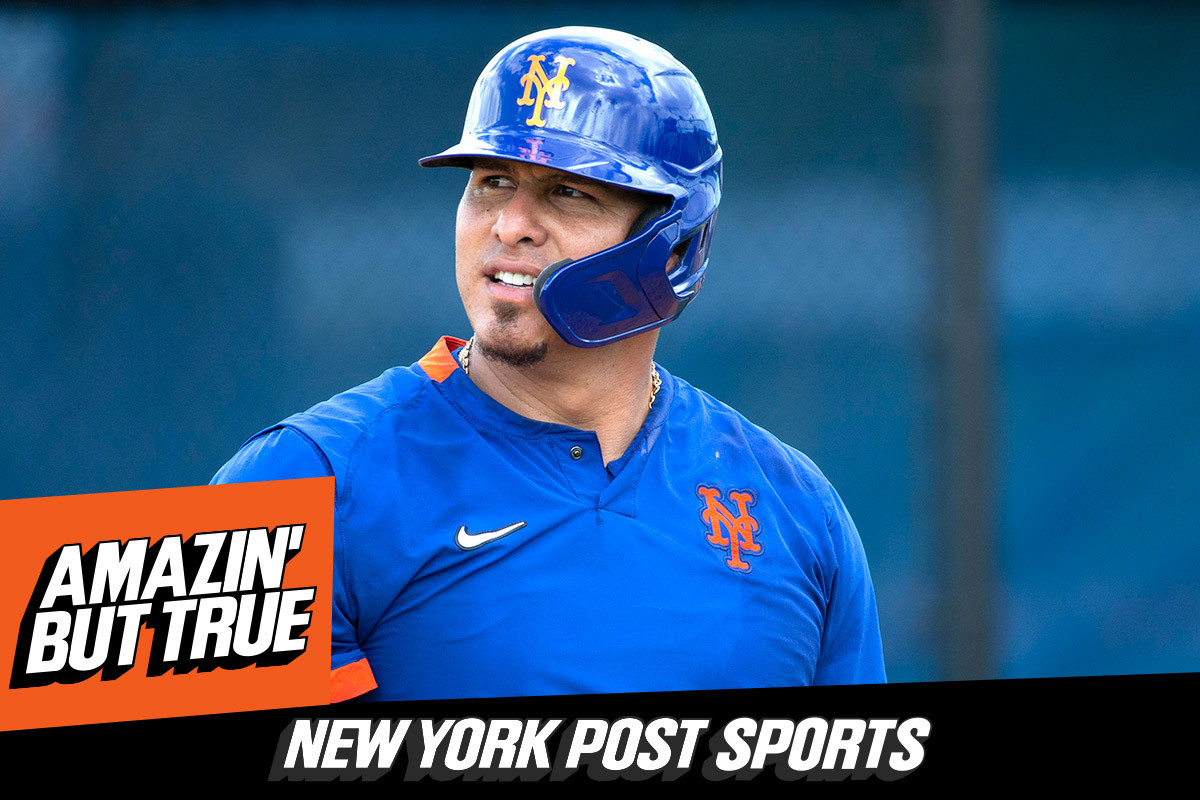 Have the Mets hit rock bottom during the 2020 season or could it get worse? After the Mets were swept by the Phillies in Philadelphia, there was some more ranting to be done on the newest episode of the “Amazin’ But True” podcast with me and Nelson Figueroa.

I opened up the show going on a rant on Friday’s loss and the vomiting I witnessed that would be foreshadowing for the weekend. I went off on Wilson Ramos’ pitiful attempt of a tag on Roman Quinn at home plate after the throw beat the runner by a mile. How bad has Ramos been? I go through the pitiful catchers the Mets have had the last dozen years and how they need to be all-in on signing J.T. Realmuto in free agency this winter.

Figgie responds with what he saw in the mess this weekend, the team doing nothing right and just how bad Ramos has been. He tells it like it is on Ramos’ struggles at the plate and behind the dish and how lifeless he has looked for this team. He talks about him not being a leader the Mets hoped for and this team lacking a true voice in the clubhouse right now. We also get into how poorly Steven Matz has pitched and his future in the rotation being a question mark this season and beyond. We also get into the poor managerial decisions from Luis Rojas, not pulling Matz or Rick Porcello and watching the starters implode. We discuss Zack Wheeler’s strong outing, the Mets choosing not to bring him back and pay him, the J-Rod ownership bid and the big series this week against the Marlins before the Subway Series.

New York Post Mets beat writer and friend of the program Mike Puma then joins us from the side of a road on his way back to New York from Philadelphia. We open up hearing that he had no cheesesteaks all weekend, but had Wawa sandwiches and why he likes them. We then get into the nitty gritty of what the heck happened to the Mets over the weekend and what needs to change for the team to turn it around. Puma talks about Rojas’ dubious decisions and not blaming himself or anyone after the game. He gives us updates on Jacob deGrom and Michael Wacha’s health, when we could expect them to be back in the rotation and if the Mets would trade for a starting pitcher before the trade deadline.

Catch up on all episodes of “Amazin’ But True,” a New York Mets podcast, by subscribing to the podcast on Apple Podcasts, Spotify or wherever you get your podcasts. Follow Jake on Twitter @JakeBrownRadio and Nelson @FiggieNY. The next episode of the show drops Thursday.