Live theater seems an eternity away in New York, where Broadway shows are on hiatus until at least Jan. 3. But in London, an in-person performance at a major theater was held this past week. Andrew Lloyd Webber, the composer of “The Phantom of the Opera” and “Cats,” hosted a trial run Thursday of a …

Live theater seems an eternity away in New York, where Broadway shows are on hiatus until at least Jan. 3. But in London, an in-person performance at a major theater was held this past week.

Andrew Lloyd Webber, the composer of “The Phantom of the Opera” and “Cats,” hosted a trial run Thursday of a concert for guests and media at his London Palladium. Theaters there have been locked up since March.

Singer Beverly Knight and her band’s gig was meant to demonstrate the venue’s new safety measures, while giving an eerie glimpse at a potential coronavirus future.

“I must say this is a rather sad sight,” Lloyd Webber, 72, said looking out at the 600-strong audience with some 1,900 unoccupied seats covered in paper Xs.

“I’m so grateful to you all for coming and being a sort of guinea pig like this, but the Palladium is meant to be full. It’s a theater that wants to love you.”

Some have said that if theaters were cathedrals, his Palladium — with ornate, sprawling lobbies and 2,500 seats — would be the Vatican. And, like at the Vatican, mass as we know it is now on hold.

Playing the part of the Pope, a hopeful but staunch Lloyd Webber insisted the night would “prove why social distancing in the theater really doesn’t work. It’s a misery for the performers.”

Even so, his bold experiment offers some optimism for New Yorkers 3,500 miles away, who will likely get nothing of the sort ‘til next spring. It’s a thrill just to know that someone, somewhere is performing on a stage.

And there will be more to come. The UK government will start allowing theaters to operate with reduced capacity houses and social distancing in place beginning Aug. 1. But even Lloyd Webber has said that having room to spread out isn’t financially viable.

“The average play needs a 65 percent capacity and a musical needs more,” he told the BBC last week. “All we want is clarity and consistency.”

On Thursday, audience members described an experience similar to what Broadway theatergoers are already accustomed to — a winding line on the street outside the venue taking roughly 15 minutes to get inside.

Novel, however, were the mandatory face masks, temperature checks, updated HVAC system and “Star Trek”-like air seals that are all now a part of the package. Alcoholic drinks weren’t banned — or forcibly served with a sandwich — but delivered by helpful ushers directly to seats. 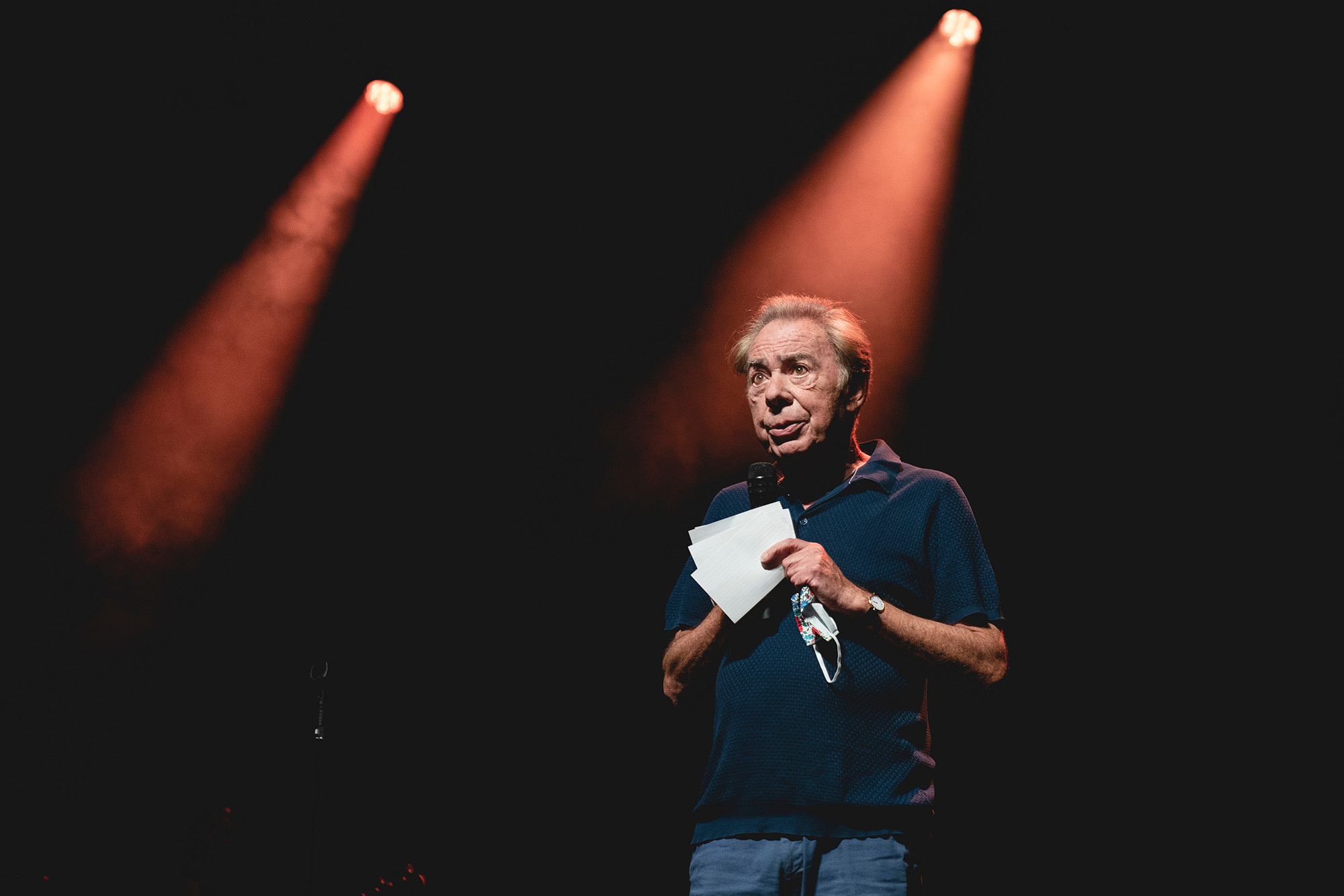 Andrew Lloyd Webber at the Palladium: “”I must say this is a rather sad sight.” 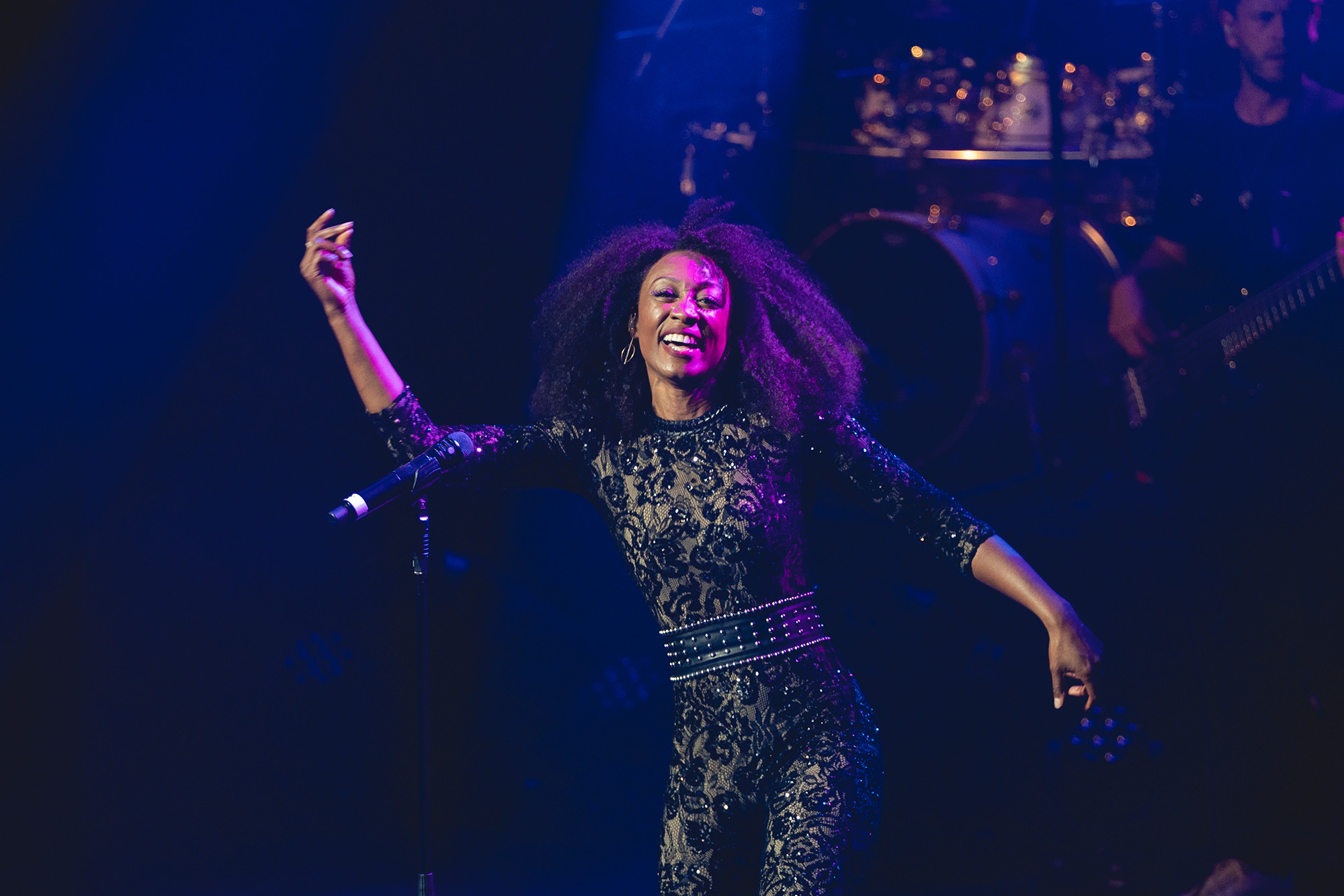 Under happier circumstances, actor Jac Yarrow would have been wearing a rainbow robe on the Palladium stage that night as the title role in Lloyd Webber’s “Joseph and the Amazing Technicolor Dreamcoat.” Instead he was an inspired viewer.

“Being back in a theater after so long was so surreal,” Yarrow told The Post. “Everyone was doing it because we love theater, and we want it to come back as it was before. It was a piece of history.”

“They’ve done it brilliantly,” a source in the audience added. “Seamless. They’ve outdone any other industry I’ve seen. As Andrew said, you’re safer here than on Oxford Street.”

But like Lloyd Webber, the source also cautioned that being masked and far away from others can feel like “an anesthetic” for an audience that cannot laugh easily or fill a room with pre-show buzzing. Everybody is in a clamor for the return to 100-percent capacity.

“Joseph” will be back at the Palladium next summer with, Yarrow believes, a full — and full-throated — house.

“‘Joseph’ is such a well-loved musical,” he said. “Everyone knows it. Sometimes I sing ‘Any Dream Will Do,’ and the audience will sing along!”

For live theater, that’s the only dream that will do.