The uncle of Syrian President Assad has been stripped of his vast European property empire today after being found guilty of misappropriating public funds in Syria and laundering the spoils, by a French court.      The Paris court imposed a four-year prison sentence on 82-year-old Rifaat al-Assad,  which he is unlikely to serve given his advanced …

The uncle of Syrian President Assad has been stripped of his vast European property empire today after being found guilty of misappropriating public funds in Syria and laundering the spoils, by a French court.

The Paris court imposed a four-year prison sentence on 82-year-old Rifaat al-Assad,  which he is unlikely to serve given his advanced age.

For now, Assad remains a free man pending an appeal but judges have also ordered the confiscation of his French real estate assets, worth an estimated 90 million euros ($100 million).

Assad, who was treated in a French hospital in December for internal bleeding, was not present for Wednesday’s ruling.

Dubbed the ‘Butcher of Hama’ for allegedly commanding troops who put down an uprising in central Syria in 1982, Assad has been under investigation in France since 2014.

The younger brother of the late Syrian president Hafez al-Assad – father of the incumbent president – was tried for crimes allegedly committed between 1984 and 2016, including aggravated tax fraud and misappropriation of Syrian funds.

The court dismissed charges against Assad for the period 1984 to 1996, but found him guilty of organised laundering of funds embezzled from the Syrian public purse between 1996 and 2016.

He was also convicted of tax fraud.

Assad, who divides his time between France and Britain, denies the charges, and his lawyers said he would appeal.

But even if he loses, Assad is unlikely to see the inside of a prison, as elderly people convicted of a crime in France often successfully ask for jail terms to be commuted.

Formerly Syria’s vice president, Assad left his home country in 1984 after mounting a failed coup against his brother Hafez, who led Syria from 1971 to 2000.

Today, he describes himself as an opponent of the regime of his nephew.

His French fortune includes two townhouses in chic Parisian neighbourhoods, a stud farm, about 40 apartments, and a chateau. One of his Parisian mansions sprawls over 3,000 square metres (32,000 square feet).

Assad and his family also built up a huge portfolio of 507 properties in Spain, valued at around 695 million euros, Spanish legal documents show. All his properties in that country were seized by the authorities in 2017.

An Assad property has also been seized in London.

Assad, awarded France’s Legion of Honour in 1986 for ‘services rendered’, insists his lifestyle was made possible by gifts from the Saudi royal family amounting to more than a million dollars per month. 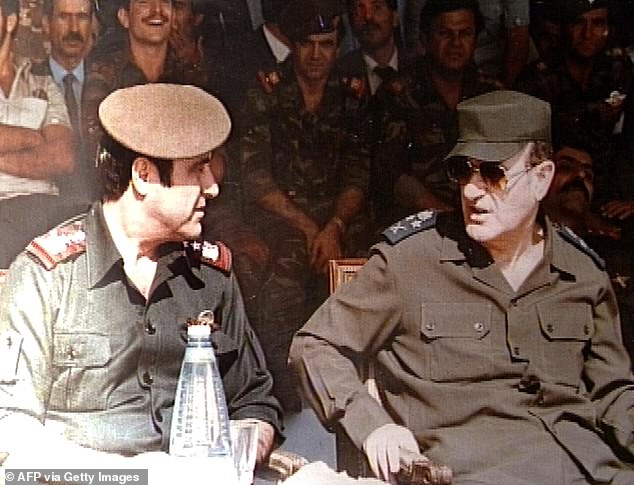 The late Syrian president Hafez al-Assad (right) with his youngest brother Rifaat (left) at a military ceremony in Damascus. Jan 1, 1984 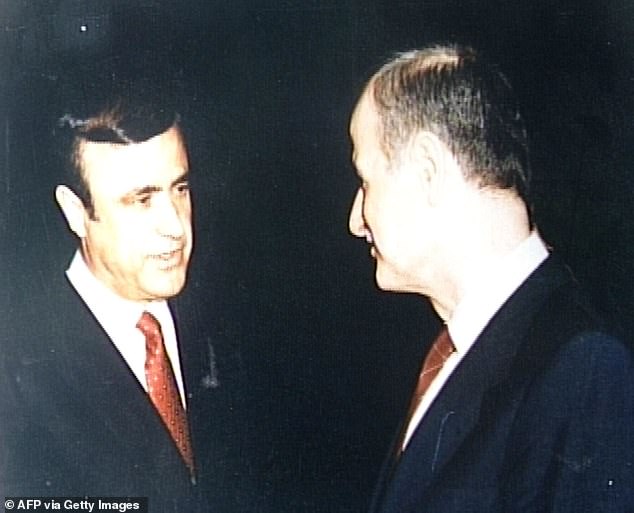 But while his lawyers claimed to document gifts of almost $25 million between 1984 and 2010, French investigators registered transfers from Saudi Arabia totalling a mere $10 million.

The court ruling said the crimes were of ‘exceptional severity’, and pointed to ‘consistent evidence of the misappropriation of public funds at the expense of the Syrian state and for the exclusive benefit of Rifaat al-Assad’.

But Assad’s lawyers in a statement insisted their client had taken ‘not a penny’ from Syria, saying all his money had a lawful origin.

The French case against Assad began with a suit filed in 2013 by anti-corruption campaign group Sherpa, which welcomed the outcome.

‘This decision is of particular importance in the current Syrian context and underscores the urgency of establishing a French legal framework for the restitution of looted assets,’ it said in a statement.

Assad’s was only the second trial of a foreign dignitary in France on charges of ‘ill-gotten gains’.

In the first, Equatorial Guinea vice president Teodorin Obiang received a three-year suspended jail term in October 2017 after being convicted of using public money to fund a jet-set lifestyle in Paris.