How Hollywood transformed a Nazi into a hero

Matthew McConaughey: Why I'm Not Vaccinating My 3 Kids 'Right Now'

More than a hundred celebrities, including Richard Gere, Claire Foy, Susan Sarandon, Mark Ruffalo, and Peter Gabriel, have signed an Artists for Palestine declaration in support of Palestinian organizations labeled as terrorist by the Israeli government.

Israel is accused of undertaking "an unprecedented and comprehensive offensive against Palestinian human rights advocates," according to the statement.

The Popular Front for the Liberation of Palestine connects all of these organizations (PFLP), a Marxist–Leninist terrorist organization responsible for dozens of kidnappings, suicide bombings, and other attacks, including the infamous Entebbe Hostage Crisis.

Even according to Fatah, the Palestinian Prime Minister Mahmoud Abbas' political party, Addameer and UAWC are PFLP affiliates. Addameer helps Palestinian "political prisoners" who have been convicted of security violations. The United States Agency for International Development (USAID) claims that, UAWC is the PFLP’s agricultural extension.

UPWC is an official affiliate of Fatah and has a counterpart organization designated as a PFLP Women’s Union by the U.S. Agency for International Development. The group’s website claims normalization of ties with Israel is “treason,” and members support the “boycott of occupation in all forms.” 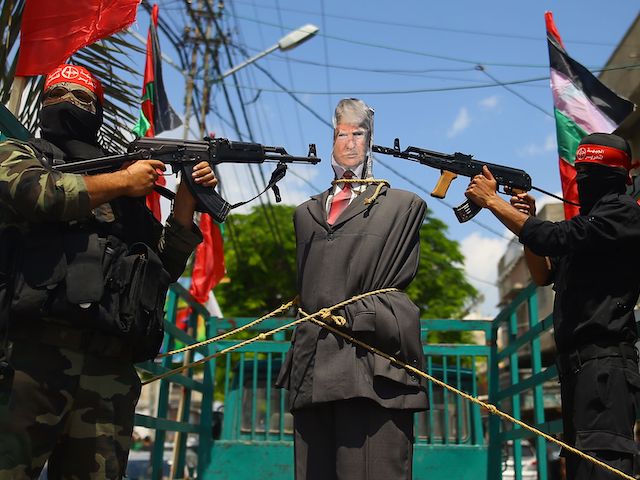 The Israeli Minister of Defense reports that Al-Haq operates in support of the PFLP. Al-Haq’s website states that they seek to protect the rights of all Palestinians, “irrespective of the identity of the perpetrator.”

Claiming to protect children, DCI-P receives funds from the United Nations International Children’s Relief Fund. Many board members have close ties to the PFLP. For example, when DCI-P community leader Hashem Khader Abu Maria died during a violent protest in the West Bank, the PFLP released a statement claiming, “this true revolutionary comrade went to join the demonstration and joined the martyrs of Palestine, his blood shed at the hands of the occupier’s forces.”

"The vital work of these six organizations to protect and empower Palestinians and hold Israel accountable for its gross human rights violations and apartheid regime of institutionalized racial discrimination is precisely the work that Israel is trying to end," according to the letter from Artists for Palestine. The letter ignores the "human rights" organizations' documented ties to terrorist organizations.

Ruffalo reiterated his support on Twitter, saying he is “proud” to be standing “against Israeli government repression.”

Proud to be one of 100+ artists, actors, and more calling on the international community to defend Palestinian human rights orgs against Israeli government repression. #StandWithThe6

In the US? Demand action from Congress now: https://t.co/yuSdvv5J3shttps://t.co/NGYTlWdEGh

Some organizations hit back against the statement online, such as pro-Israel student group CAMERA on Campus, which wrote, “Perhaps you missed the part where the six groups have ties to an internationally recognized terrorist organization, proven by [NGO Monitor].”

Perhaps you missed the part where the six groups have ties to an internationally recognized terrorist organization, proven by @NGOmonitor.

Human rights groups and terrorist groups must not be intermixed.

Many of the celebrities who signed the statement have made false statements about Israel before. For example, Sarandon incorrectly referred to Israel as an “apartheid” state in May. Gere visited Hebron, Israel, in 2017 and said it was “exactly what the old South was in America.” While other signatories have not admitted fault for spreading misconceptions about Israel, Ruffalo did apologize earlier this year after accusing Israel of committing a “genocide.”

More from: USAGAG
1
After Hunter's laptop, Joe Biden's daughter reportedly keeps a ...
2
Why the billions in fraud were caused by the ...
3
Roe always looked like a house of cards
4
After ‘life-altering surgery’ Ozzy Osbourne releases a creepy new ...
Filed under Hollywood ,  Palestinian ,  terrorists ,  Israel

Most Popular This Week
1
After Hunter's laptop, Joe Biden's daughter reportedly keeps a ...
2
Why the billions in fraud were caused by the ...
3
Roe always looked like a house of cards
4
Now that Roe v. Wade has been overturned, what ...
5
Eric Adams says that he and his teenage girlfriend ...
6
Army officer chokes to death on his own vomit ...
7
In the wake of the Roe v. Wade decision, ...
8
Why global leaders such as Putin are anxious about ...
9
Biden has a very detailed cheat sheet that tells ...
10
White powder and hate signs were sent to the ...