Bitcoin may be at a crossroads, but is it "big enough to be unstoppable?"

Michael Saylor, CEO of MicroStrategy, slams everything but Bitcoin

According to Michael Saylor, investing in MicroStrategy is the closest thing to a bitcoin spot ETF

MicroStrategy, the company founded by Michael Saylor, has acquired $190 million in bitcoin, Can the Rally Heat up?

Bitcoin may be at a crossroads, but is it "big enough to be unstoppable?"

Michael Saylor, the founder of MicroStrategy, is widely regarded as one of the most outspoken and enthusiastic supporters of cryptocurrency.

His encouraging words have been translated into action over the past year, with his company acquiring 114,042 BTC in a series of purchases that began in August of last year.

Given that his holdings have nearly doubled in value during this time, it makes sense for the CEO to continue publicly promoting the digital asset. In a recent interview, Saylor lamented that few investors understand his fondness for the coin, which may not be entirely a bad thing for him. He explained,

“In fact, I like the fact that people don’t understand it, don’t agree with it, or are afraid of it because I couldn’t afford to buy it if they all agreed with me.”

“I believe we’re at that inflection point for Bitcoin where it’s big enough to be unstoppable. But it’s still new enough that there are 10,000 billionaires and maybe five of them out of ten thousand get it and so the catalysts are all to the upside and most of these risks they’ve been worked out over the last decade.”

The asset's price volatility is one of these perceived risks, which has harmed Bitcoin's image and credibility over the last decade. While Saylor agreed that Bitcoin's first decade was marked by "a lot of volatility," he argued that it has fallen lower in the last 90 days than what has been recorded for traditionally "safer" investments such as the Nasdaq, Russell 1000, 10 or 30-year Treasuries, swaps, big tech companies, silver, and gold. This dedication is, in fact, true in some ways, as the show's host and Hedgeye CEO Keith McCullough pointed out. Saylor's "observations are an empirical fact," according to McCullough. 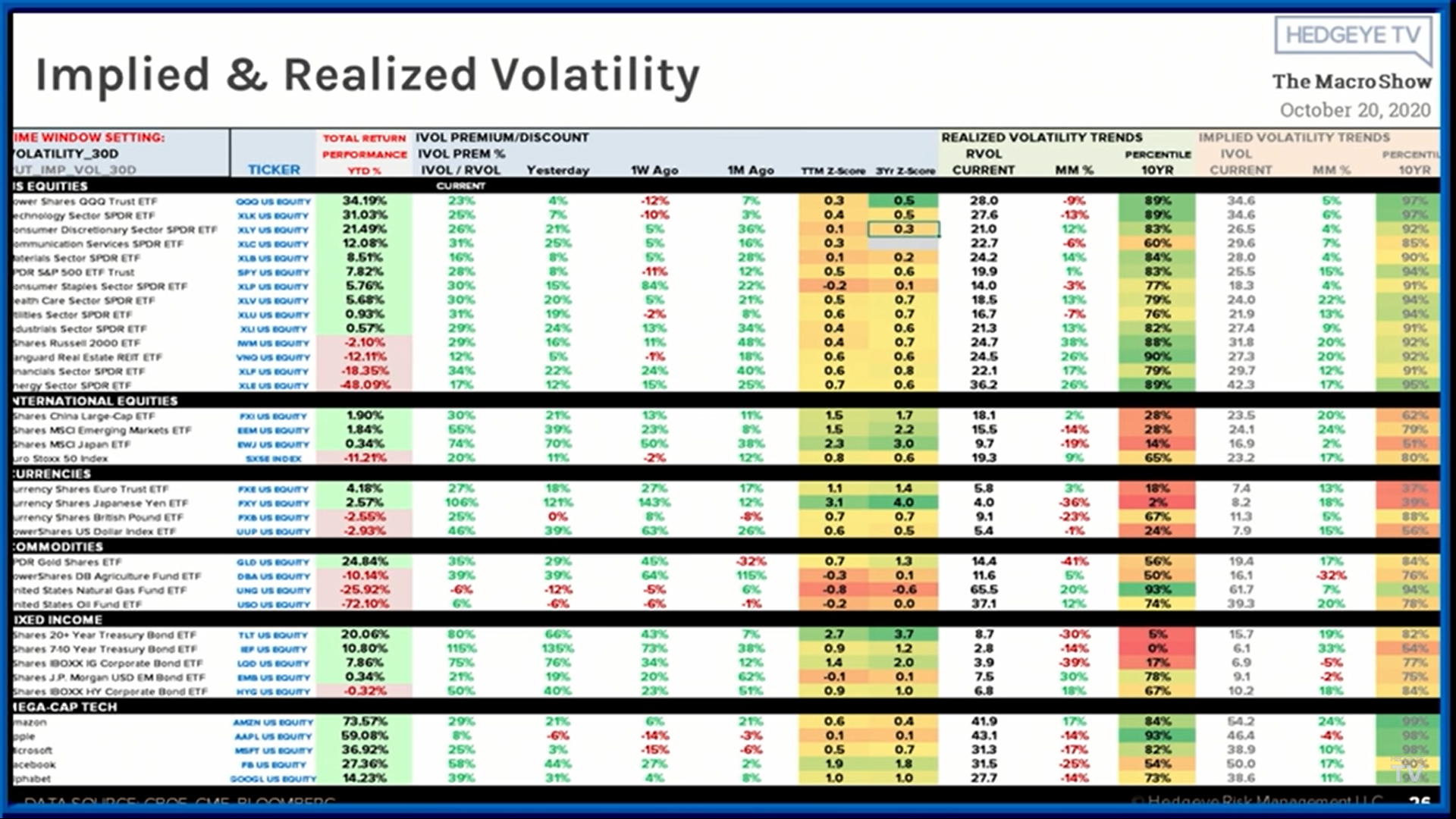 As shown in the chart above, Apple's implied volatility has been approaching 50, indicating that "when something goes down, it starts to realize volatility."

Indeed, as government bond yields have recently risen, shares of major technology companies such as Apple, Amazon, and Netflix have fallen in value, resulting in increased volatility. 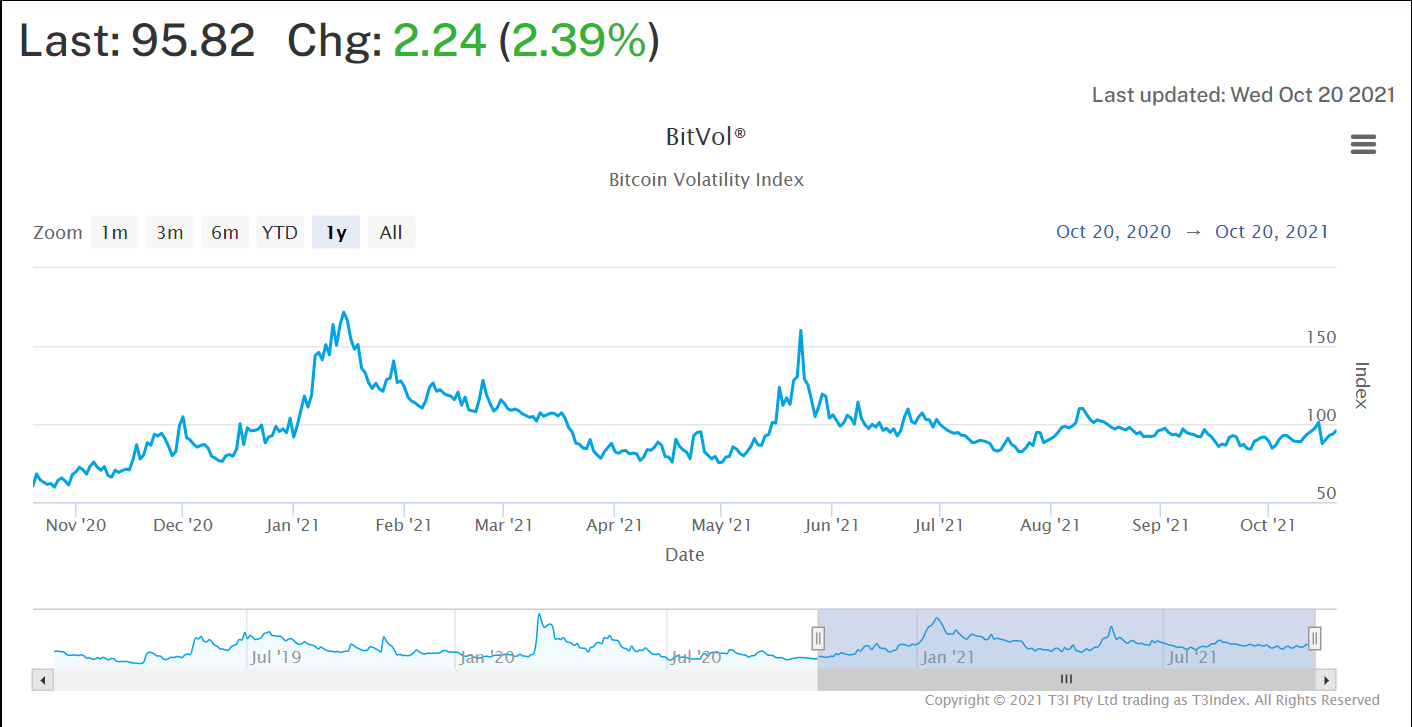 On the contrary, Bitcoin's price has risen in recent weeks as a result of rising inflation fears and the long-awaited ETF approval. Bitcoin's volatility has seen a significant correction since the market crash in May, with its expected 30-day implied volatility falling from nearly 160 to 95 during this time.

The billionaire went on to say that as the US government expands its monetary supply, people are looking for a store of value, with many favoring Apple stocks. However, in his opinion, this preference for big tech stems from misinformation and a distorted view of Bitcoin's volatility.

While Saylor's firm remains the largest public holder of Bitcoin, the launch of the ProShares ETF could have significant implications for its investors. Many argue that the ETF provides a better exposure to Bitcoin than MicroStrategy, which is essentially a proxy Bitcoin investment.

In any case, MTSR stocks' valuations have risen in recent days as BTC reached a new high on the back of $BITO's success.

More from: USAGAG
1
‘Disgusted’ Republican Rep. Mayra Flores claims her kid did ...
2
After 50 dead migrants were found in a truck, ...
3
Joe Biden accidentally helped Hunter pay a bill for ...
4
The number of people who died in the Texas ...
Filed under michael saylor ,  bitcoin

Most Popular This Week
1
Ripple is being rejected at $0.38 and risks falling ...
2
China predicts that bitcoin will lose its value
3
France is turning on its coal plants to get ...
4
Blockchain is not required for Web 3.0, according to ...
5
French MEP calls Binance regulatory approval 'surprising and alarming'
6
Salvadoran entrepreneurs can get a $100,000 Bitcoin grant
7
Voyager defaults on $675M loan to 3AC; lawsuit follows
8
Why did Bitcoin fall so quickly? (2022: 54%)
9
Why is Bitcoin valuable?
10
Yuga Labs responds to BAYC racism claims