Kaley Cuoco: My Ex Ryan Sweeting and I ‘Got Married in, Like, 6 Seconds’

Candace Cameron Bure: How My Kids Really Feel About My Sex Comments

10 Biggest Bombshells From Celebrity Memoirs in 2020

Kaley Cuoco was on top of the world in 2014, making $1 million per episode on The Big Bang Theory. But just one year after she and her costars negotiated their top-dollar salaries, Cuoco and her then-husband, Ryan Sweeting, decided to call it quits. They had only been married for 21 months.

“Oh, my God, I don’t remember my life before this show! And I went through a divorce on the show,” the actress, 35, told Variety while reflecting on the CBS sitcom’s 12-season run during an interview published on Wednesday, February 24. 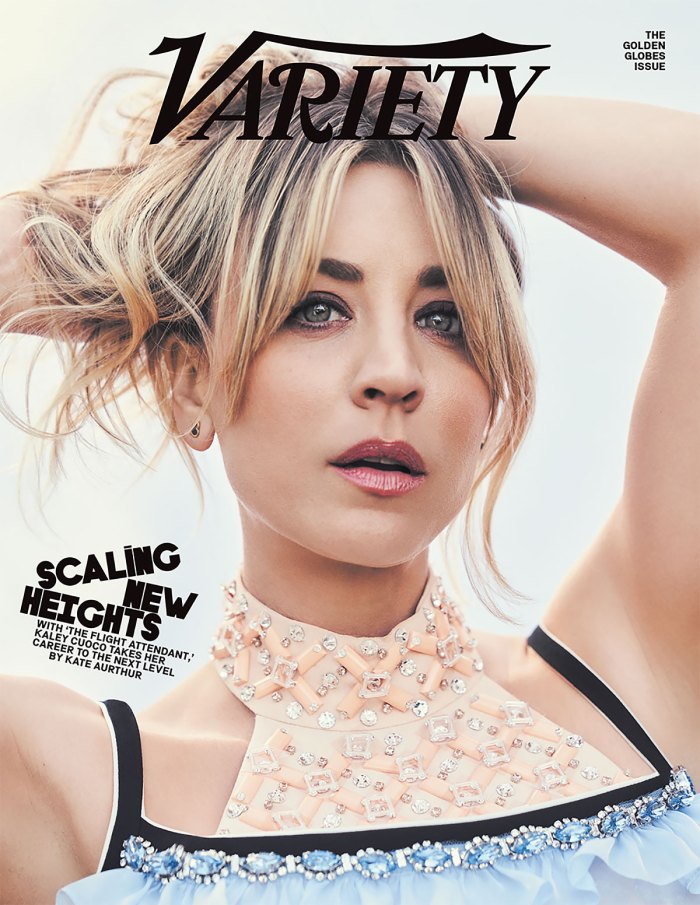 Cuoco then joked that she and the former tennis player, now 33, “got married in, like, six seconds.”

The 8 Simple Rules alum, who previously dated her Big Bang costar Johnny Galecki, got engaged to Sweeting in September 2013 after only three months of dating. They tied the knot that December on New Year’s Eve. After announcing their separation in September 2015, the former couple finalized their divorce in May 2016.

The news of Cuoco and the athlete’s split broke days after the season 9 premiere of Big Bang, in which she played Penny. The show lasted three more years before Jim Parsons, who starred as Sheldon Cooper, pulled the plug.

“Jim said, ‘I don’t think I can continue on,’” she recalled to Variety on Wednesday of a meeting in cocreator Chuck Lorre’s office. “And I was so shocked that I was literally like, ‘Continue on with what?’ Like, I didn’t even know what he was talking about. I looked at Chuck: ‘Wow. I thought we were — I’m so blown away right now.’”

However, the cast ultimately decided to “go out together” just as they came in, according to Cuoco.

The Flight Attendant star remarried before the show ended. She walked down the aisle with Karl Cook in June 2018, seven months after the equestrian, 30, proposed. They did not move in together until March 2020.

“It’s worked great for us,” Cuoco said on Conan in April 2020. “I mean, everyone has a million opinions about what we do, but they were very shocked we didn’t live together. But it’s been great.”

This story originally appeared on: US Magazine - Author:Nicholas Hautman