The Illusion of Cyberspace

Are we living in a baby universe that looks like a black hole to outside observers? New study raises possibility.

A new paper takes a deep dive into primordial black holes that were formed as a part of the early universe when there were still no stars or galaxies. Such black holes could account for strange cosmic possibilities, including baby universes and major features of the current state of the cosmos like dark matter.

To study the exotic primordial black holes (PBHs), physicists employed the Hyper Suprime-Cam (HSC) of the huge 8.2m Subaru Telescope operating near the 4,200 meter summit of Mt. Mauna Kea in Hawaii. This enormous digital camera can produce images of the entire Andromeda galaxy every few minutes, helping scientists observe one hundred million stars in one go.

In their study, the scientists considered a number of scenarios, especially linked to the period of inflation. That is the time of quick expansion following the Big Bang, when the universe we know today came into existence with all its structures.

The researchers calculated that in the process of inflation, the climate was ripe for creating primordial black holes of various masses. And some of them reflect the characteristics predicted for dark matter.

Another way PBHs could have been created during inflation is from "baby universes" – small universes that branched off from the main one. 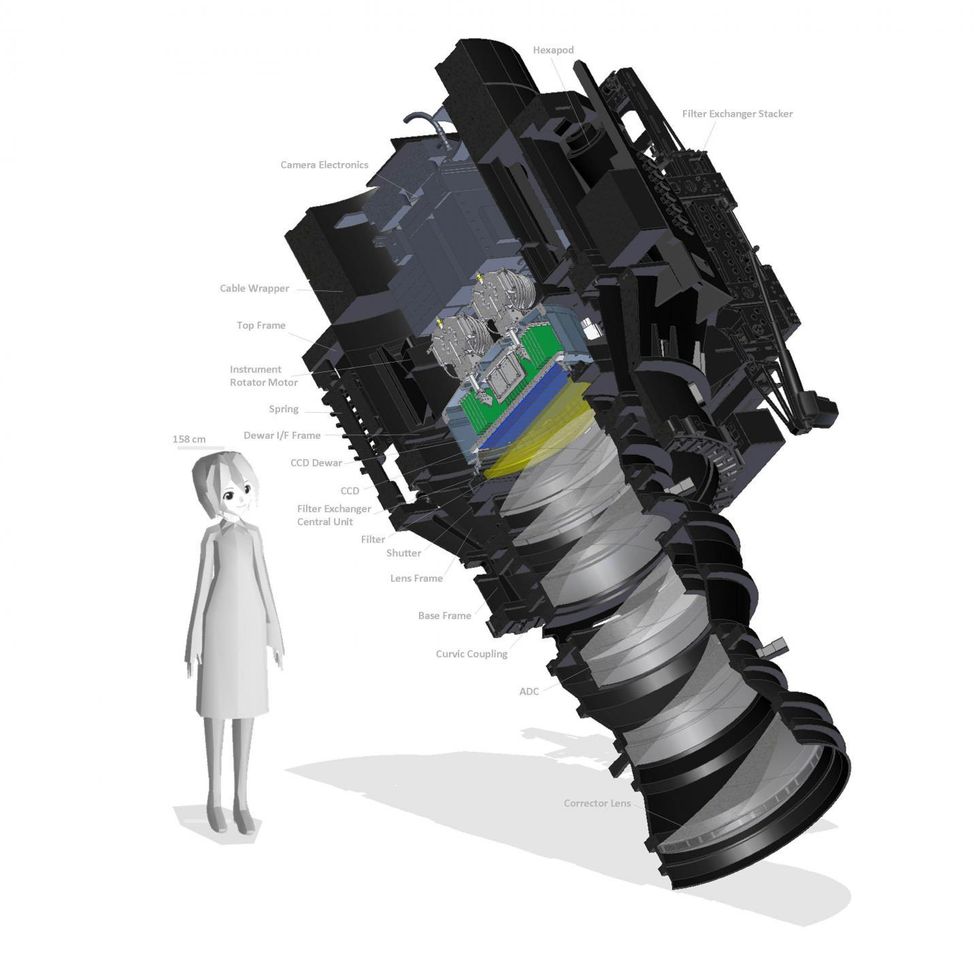 A baby or "daughter" universe would ultimately collapse but the tremendous release of energy would lead to the formation of a black hole, explains the press release from the Kavli Institute for the Physics and Mathematics of the Universe (Kavli IPMU) in Japan, one of the institutions participating in this study.

What's also fascinating, some of the bigger baby universes might not have gone so quietly. Above a certain critical size, the theory of gravity developed by Albert Einstein permits that such a universe may be perceived differently by observers. If you were inside it, you'd see an expanding universe, while if you were outside, this baby universe would look like a black hole. A conjecture that leads to wondering – are we potentially on the inside or outside of such a universe ourselves?

If you follow this multiverse logic, it also may be possible that while primordial black holes would appear to us as black holes, their true structural natures could be concealed by their "event horizons" – the boundaries surrounding black holes from which not even light can escape.

To solidify their theories and to find a primordial black hole, the researchers will continue using the Subaru Telescope, with some promising PBH candidates already emerging.

The international team of particle physicists working on the research came from the University of California, Los Angeles and the Kavli Institute. The group included cosmologists and astronomers Alexander Kusenko, Misao Sasaki, Sunao Sugiyama, Masahiro Takada and Volodymyr Takhistov.

Check out their new paper "Exploring Primordial Black Holes from the Multiverse with Optical Telescopes" in Physical Review Letters.