Zebrafish give new insight to sound sensitivity in autism

Zebrafish give new insight to sound sensitivity in autism

Why we have breakup sex, according to psychology

Ten things you may not know about anxiety

These tiny fish are helping scientists understand how the human brain processes sound.

Associate professor Ethan Scott and Dr. Lena Constantin recently carried out a study using zebrafish that carry the same genetic mutations as humans with "Fragile X" syndrome and autism. During their research, they discovered the neural networks and pathways that produce hypersensitivities to sound in both zebrafish and humans.

What is Fragile X syndrome?

Fragile X syndrome (commonly referred to as FXS) is a genetic disorder caused by changes in a gene that scientists call the "fragile X mental retardation 1 (FMR1)" gene. This gene typically makes a protein called fragile X mental retardation protein (FMRP) that's needed for typical brain development. The brains of people with FXS do not make this protein, and if it is there, it's abnormal.

Autism spectrum disorder (ASD) is a developmental disability that can cause significant social, communication, and behavioral challenges. People with ASD may communicate, interact, behave, and learn in different ways than most other people. A current diagnosis of ASD now includes several conditions that were previously diagnosed separately such as autistic disorder, pervasive developmental disorder, and Asperger syndrome. 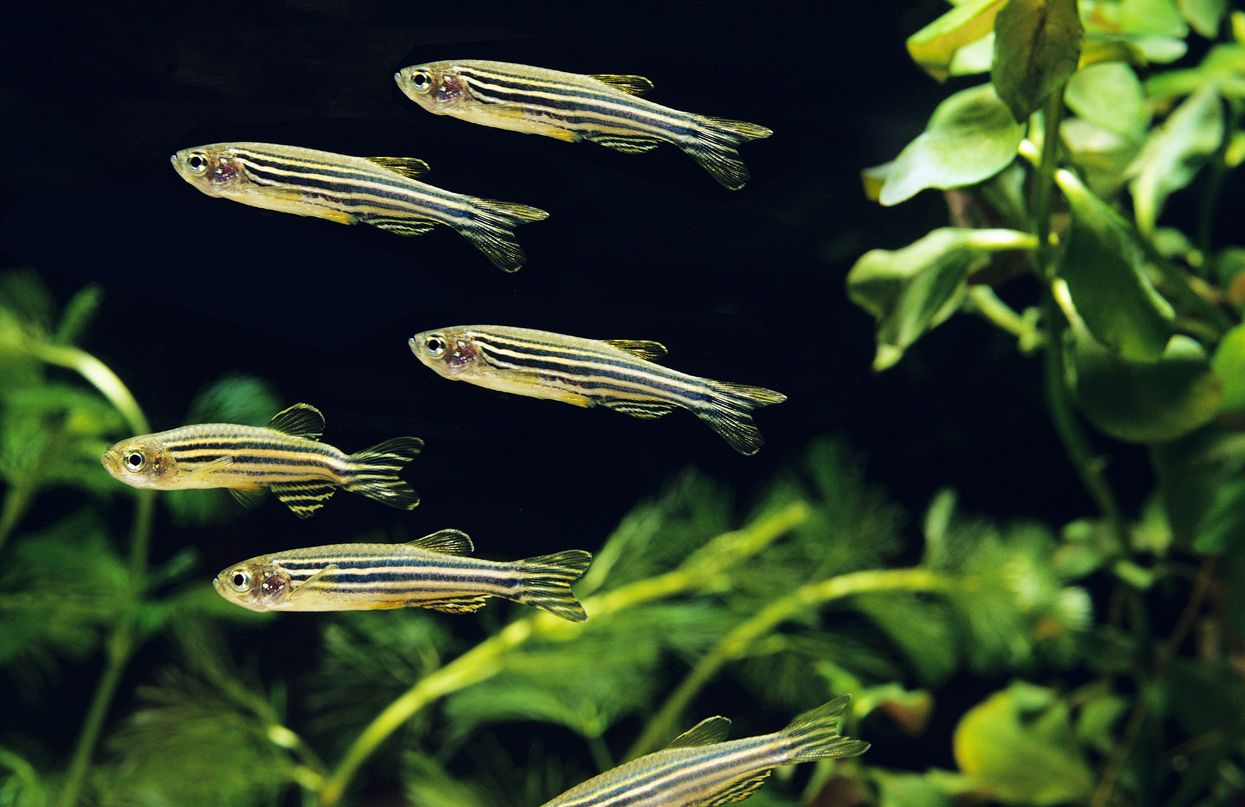 By disrupting a specific gene in Zebrafish, we're able to better understand the same disruption of that gene in humans with FXS or autism.

"Loud noises often cause sensory overload and anxiety in people with autism and Fragile X syndrome -- sensitivity to sound is common to both conditions," Dr. Constantin explained to Science Daily.

How do zebrafish relate to humans with autism?

According to the research team, FXS is caused by the disruption of a gene. By disrupting that same gene in zebrafish larvae, they can examine the effects and begin to understand more about this disrupted gene in the human brain.

The thalamus, according to Dr. Constantin, works as a control center, relaying sensory information from around the body to different parts of the brain. The hindbrain then coordinates different behavioral responses. Using the different sound tests, the team was able to study the whole brain of the zebrafish larvae under microscopes and see the activity of each brain cell individually.

According to Dr. Constantin, the research team recorded the brain activity of zebrafish larvae while showing them movies or exposing them to bursts of sound. The movies stimulated movement, a reaction to the visual stimuli that was the same for fish with the Fragile X mutation and those without. However, when the fish were given a burst of white noise, there was a dramatic difference in the brain activity of the fish with the Fragile X mutation.

After seeing how the noise radically affected the fish brain, the team designed a range of 12 different volumes of sound and found the Fragile X model fish could hear much quieter volumes than the control fish.

"The fish with Fragile X mutations had more connections between different regions of their brain and their responses to the sounds were more plentiful in the hindbrain and thalamus," said Dr. Constantin.

Essentially, the fish with Fragile X mutation had more connections between the regions of their brain and so their responses to the sounds were more notable.

Understanding how this gene disruption works in zebrafish will give us a better understanding of sound hypersensitivity in humans with FXS or autism.

"How our neural pathways develop and respond to the stimulation of our senses gives us insights into which parts of the brain are used and how sensory information is processed," Dr. Constantin said.

Using the zebrafish, Dr. Constantin and the team were able to gather insights into which parts of the brain are used to process sensory information.

"We hope that by discovering fundamental information about how the brain processes sound, we will gain further insights into the sensory challenges faced by people with Fragile X syndrome and autism."