That menu must not be much of a secret after all. Colorado fans of the iconic California chain In-N-Out Burger waited on epic lines Friday as the state’s first two outlets opened. In Aurora,

That menu must not be much of a secret after all.

In Aurora, cops were called to control the crowds as cars and customers snaked around the new fast food restaurant and an adjacent mall. Customers told the local ABC affiliate said they waited nearly 14 hours to get their hamburgers, fries and shakes.

“It’s official, traffic is double double animal style right now all around the mall,” Aurora Police tweeted, using some of the cult-like chain’s lingo. “We are on hand helping manage the massive traffic response.” A later post warned of a 12-hour wait, and another said the line “wrapped around the mall twice.” They estimated the line was 1.5 to 2 miles long.

In-N-Out expected to sell about 60,000 burgers over the weekend at the Aurora store, The Denver Post reported.

The second location in Colorado Springs saw a similar deluge of eager eaters, according to The Gazette, including one Southern California native who parked his Toyota, which was decked out to resemble the “Ghostbusters” car, in the joint’s drive-through lane on Tuesday night.

I had time off so I decided to just come down Tuesday and make sure I was the first one,” Colorado transplant Ken Vizzini told the Gazette. “It’s just been a fun and exciting experience, I don’t regret doing it.” 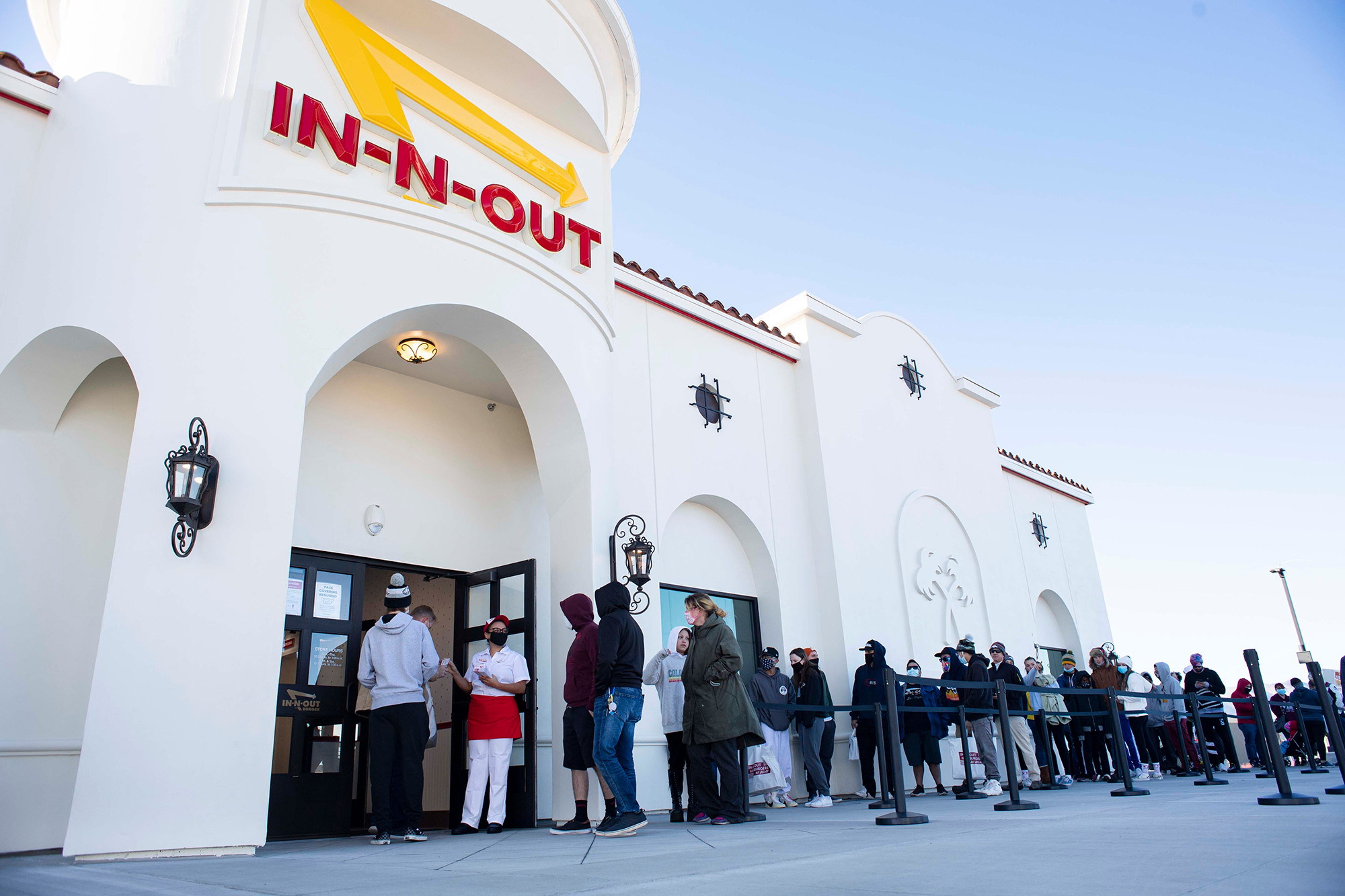 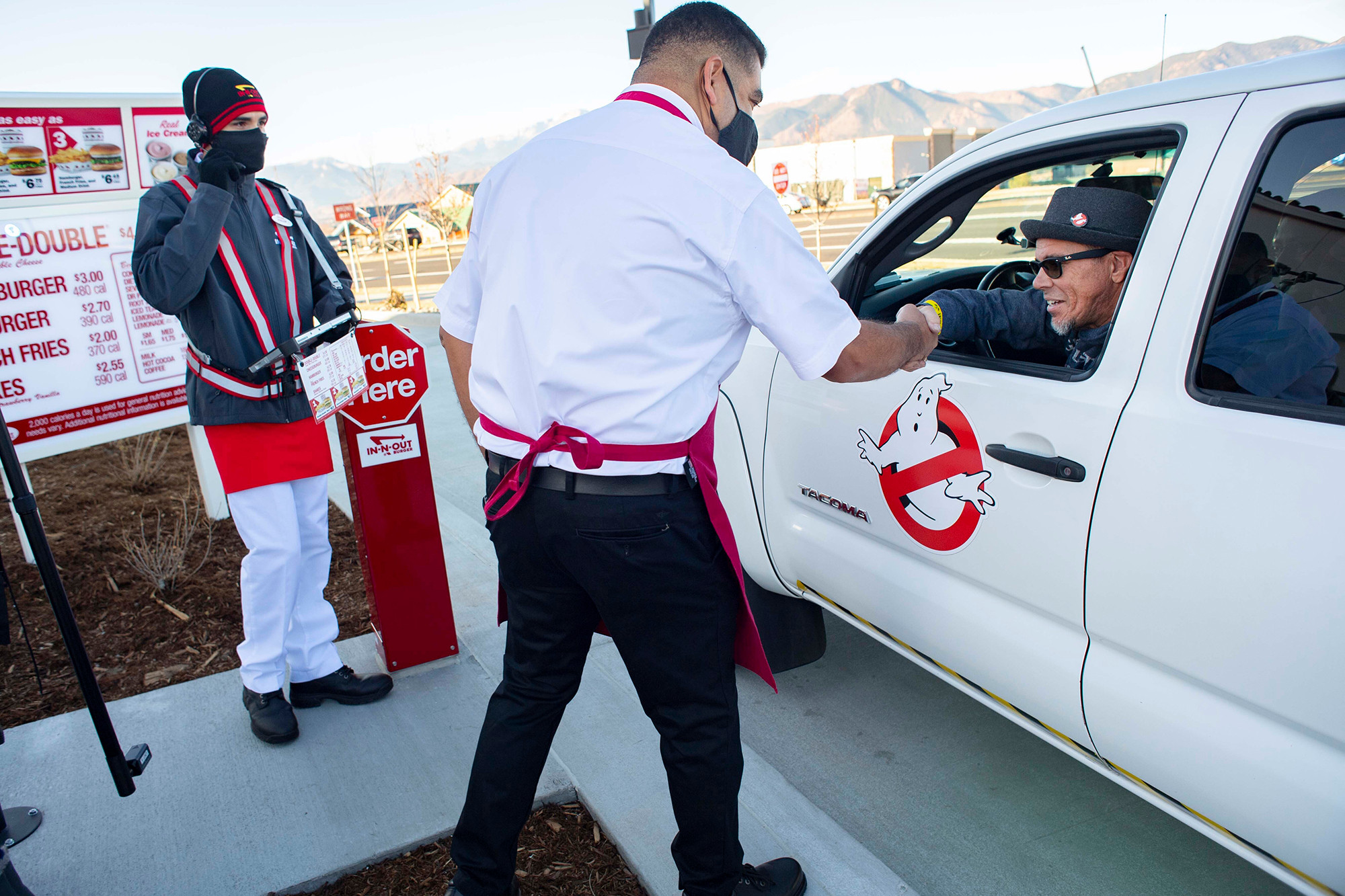 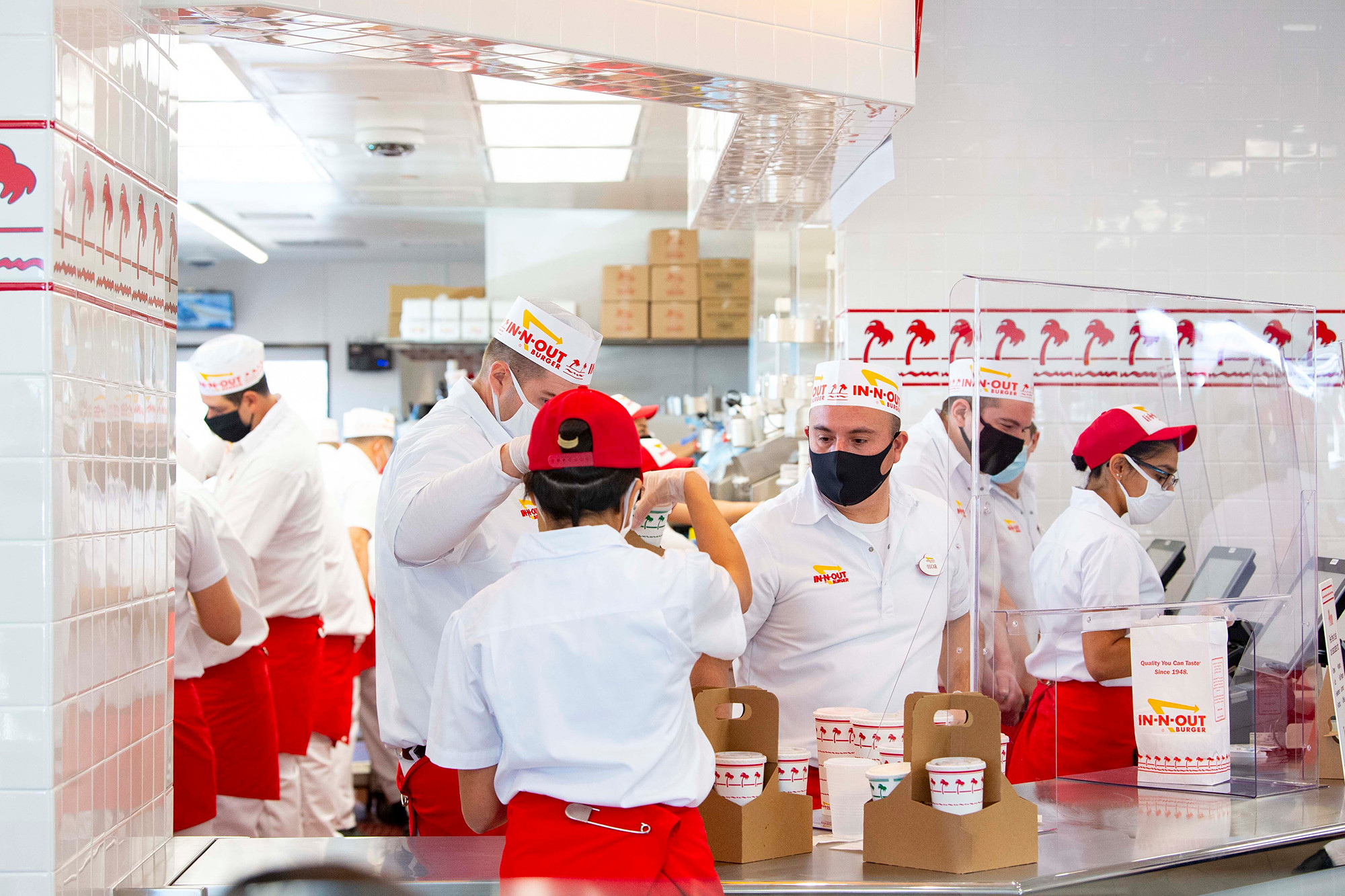 Employees hustle to keep up with the orders at the Colorado Springs In-N-Out restaurant yesterday.

Denny Warnick, In-N-Out’s vice president of operations, said the company was thrilled with the reception. “I don’t know if we’ve ever felt more welcome, between all the anticipation and the requests for In-N-Out to come to Colorado and now to see the customers out here this morning just feels great,” he said.