Santa struggles to spread cheer — not COVID-19 — under safety restrictions

Santas insist they are not the ghosts of Christmas past. But this year will be different.

It’s beginning to look a lot like Christmas … is as weird as everything else in 2020.

Starting Sunday at Hudson Yards, children can “visit” Santa — even though the jolly old elf won’t be there himself. Instead, parents can download an augmented-reality phone app that makes it seem like elves are frolicking around the kids, who can also step into a sanitized phone booth for a video call with a pre-recorded St. Nick asking what they want for Christmas.

“I want them to feel just as special as they would if I were actually there,” said Roark Littlefield, 53, who strapped on his padding and red suit to film the video at a Manhattan studio.

Normally at this time of year, the celebrity Santa would be getting ready to jolly it up at Mariah Carey’s holiday concerts and making private home visits on Christmas Eve. But with COVID-19 rates rising in New York City and around the nation, professional Clauses are forced to figure out new ways to ho-ho-ho.

Some are taking to Zoom, including 72-year-old Tim Connaghan, a Long Islander who’s been playing Kris Kringle at private parties and places like the Marines’ Toys for Tots events for half a century. Last year, he had 32 in-person gigs; for 2020, he’ll still make a few socially-distanced appearances, but most will be remote.

For one virtual corporate party, he’s working with an event producer to deck out a 15-by-20-foot warehouse space with a scarlet throne, Christmas trees, wrapped gifts and large nutcrackers. Connaghan will read a story to employees’ kids, who can also ask him questions via Zoom’s chat function.

“This is the best possible alternative to a live visit with Santa, which cannot be set up in … every instance,” he said. “The kids are very smart. They understand what’s going on.” 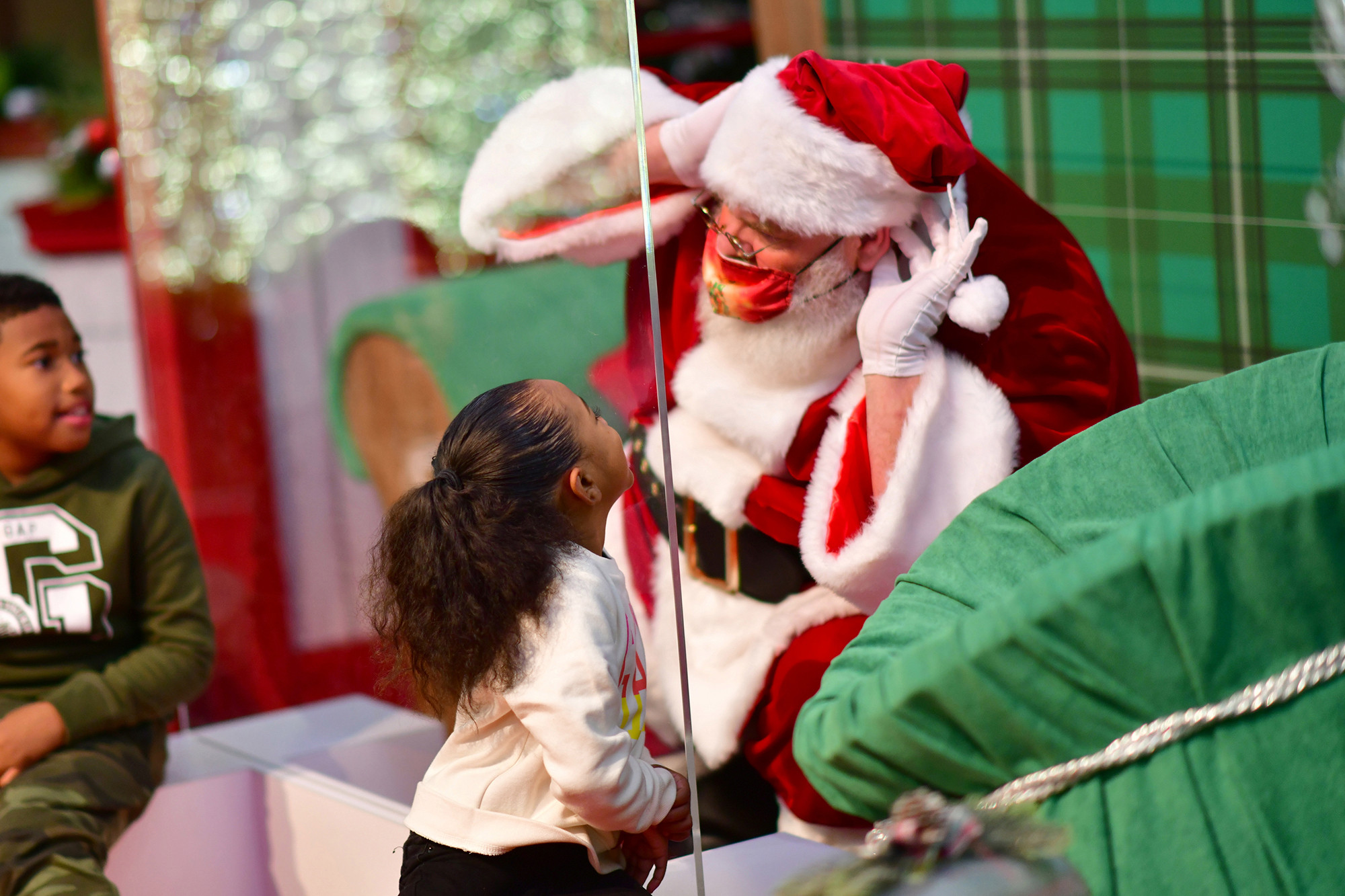 Brother and sister DeShaye, 8, and Shaye'Lah Powell, 4, speak to Santa behind a plexiglass divider at the Willow Grove Park Mall in Willow Grove, Pennsylvania. 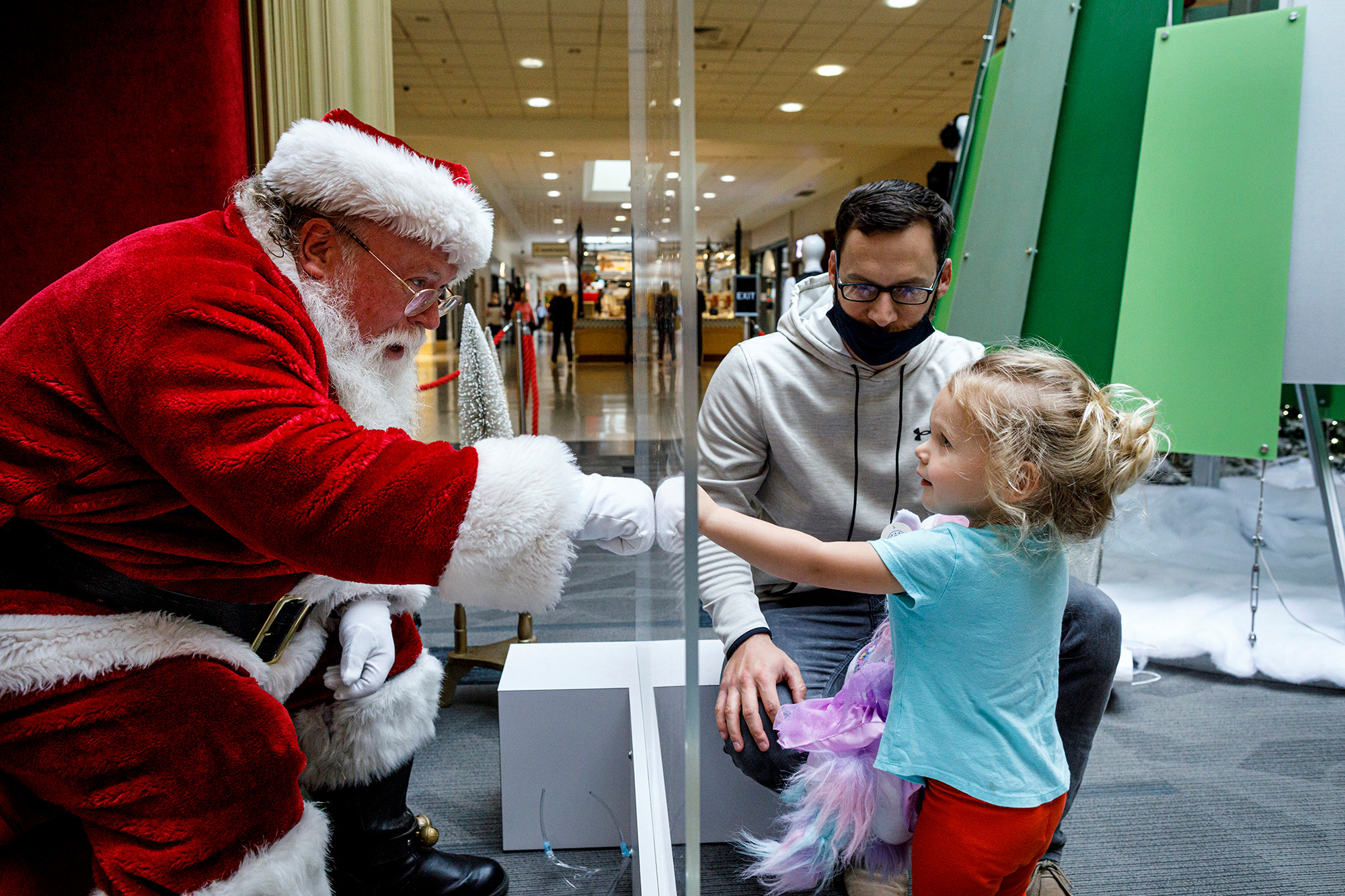 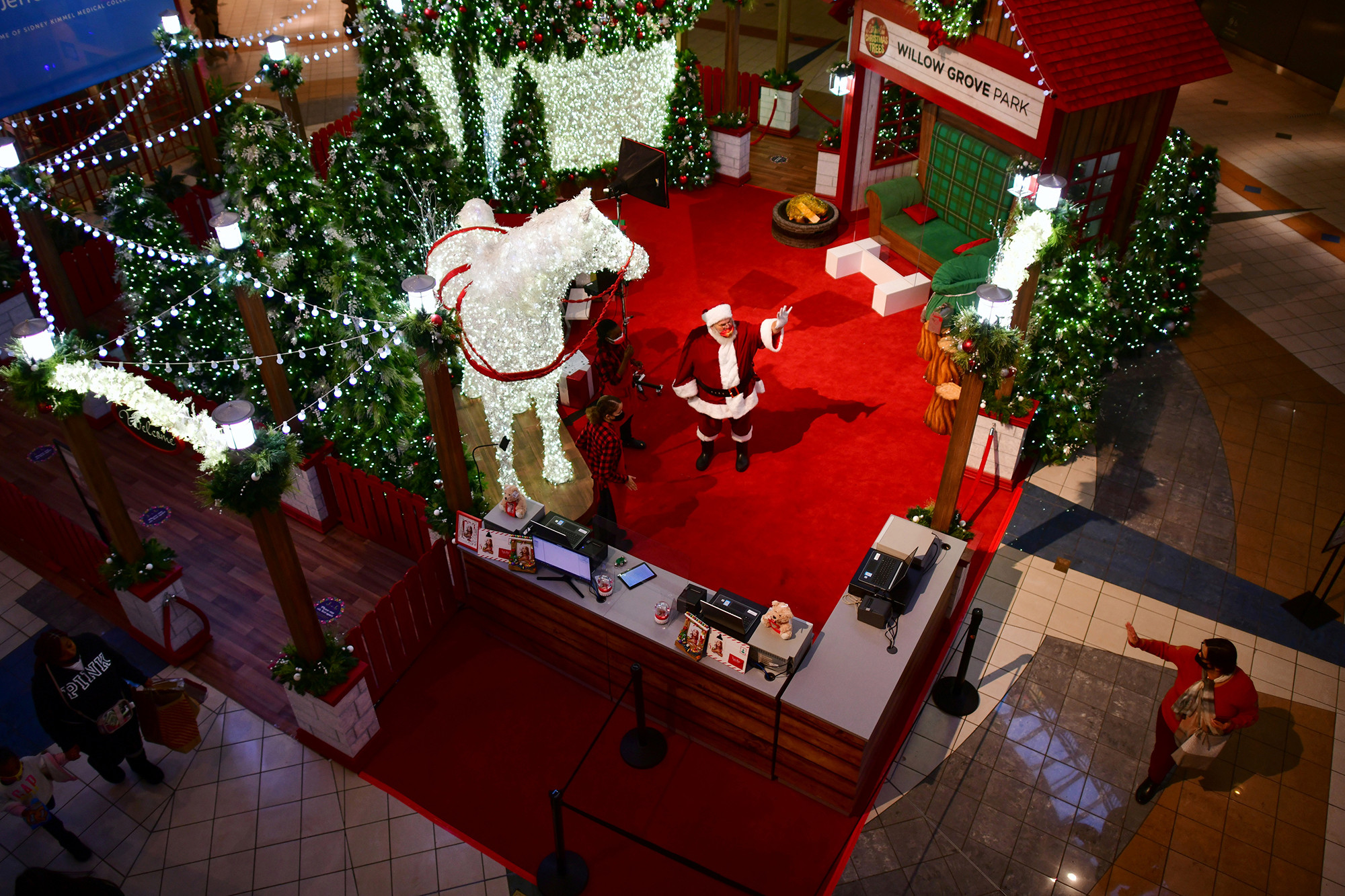 Santa's wearing a face mask this year along with his jolly red suit. 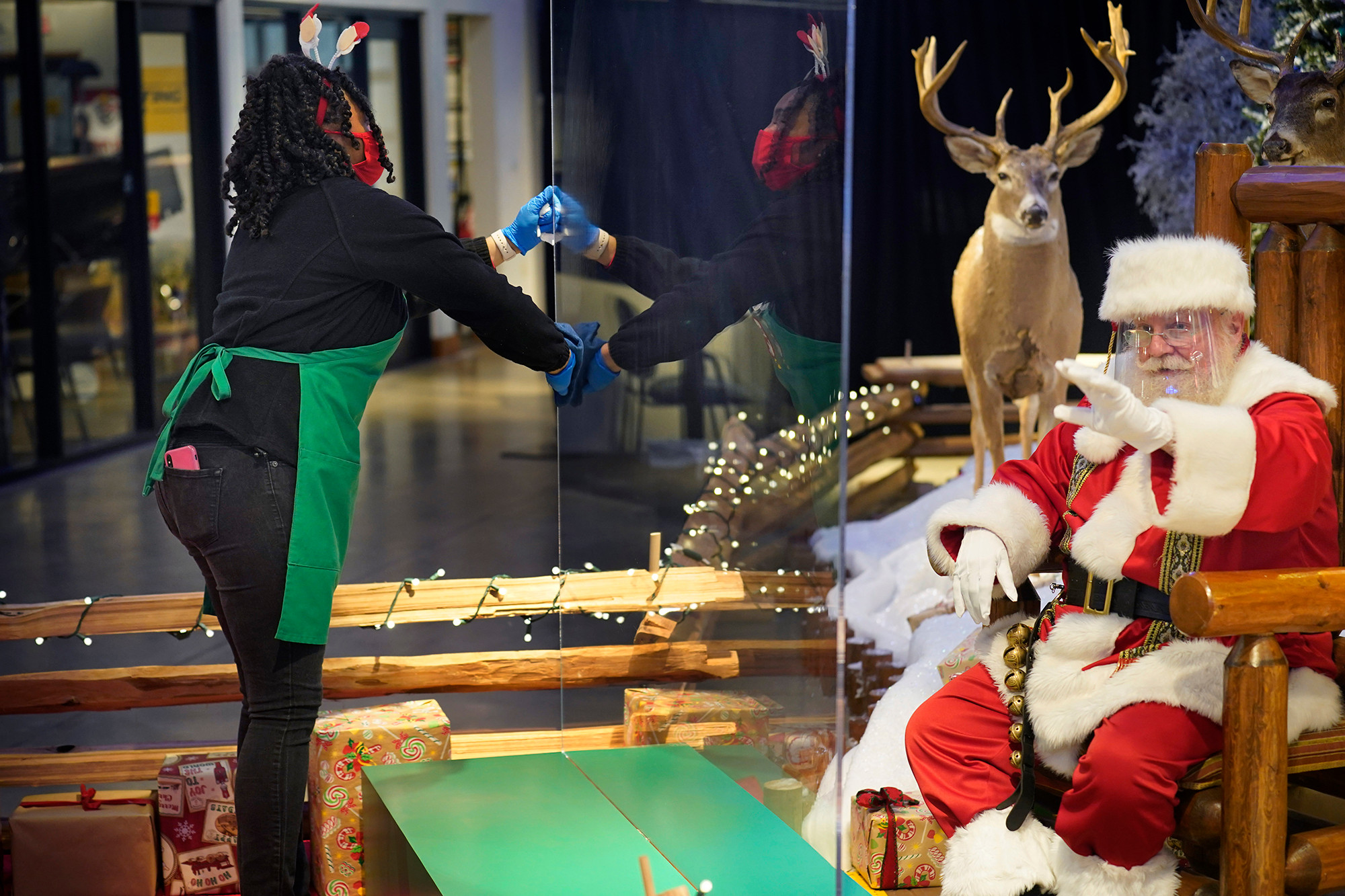 LaToya Booker cleans a transparent barrier between visitors for Santa at a Bass Pro Shop in Bridgeport, Conn.

Connaghan, who also heads up the nationwide booking agency RealSantas.com, put out a survey to his St. Nick brethren, asking about their 2020 plans. Out of 361 respondents, 13.6 percent said they’re taking the year off, 18.5 percent will host video visits and nearly 48 percent will appear masked and in-person. More than half of those will work at a mall or other photo-friendly location — like the Bass Pro Shop in Bridgeport, Conn. — and sit behind a barrier.

That’s the plan for Kris R. Johnson, 76, who’s been a Santa for 28 years. The Floridian — who has just six events planned this year, down from 36 in 2019 — is the star of a breakfast event at a Neiman Marcus in Miami, where he and guests will pose for photos separated by a Plexiglas wall.

“It’s going to be 100 percent different than it would be,” Johnson said, noting that he would usually table hop and hold children in his arms. “But I still think the kids will get excited as soon as they see me. You can’t take that away from them.”

And with the hope of a vaccine promising to be the best holiday gift of all, the merry-dimpled men insist they are not the ghosts of Christmas past.

“Santa’s been around doing this for 17 centuries,” said Connaghan. “It’s not going to stop.”