Paris Hilton demonstrated Friday to demand the closure of the private school where she was placed when she was still a teenager.

Paris Hilton demonstrated Friday to demand the closure of the private school where she was placed when she was still a teenager.

Paris Hilton does not want another child to go through what she went through. The American protested outside Provo Canyon School on Friday, where she was educated as a teenager. The young woman claims to have suffered terrible physical and psychological violence there and is now calling for its closure. The heiress marched through the streets on Friday, surrounded by dozens of other people who wore black T-shirts with the words "survivors" and "break the code of silence" written on them. Paris Hilton denounces what she describes as a corrupt system that she says takes advantage of the plight of troubled teens and manipulates parents, says. 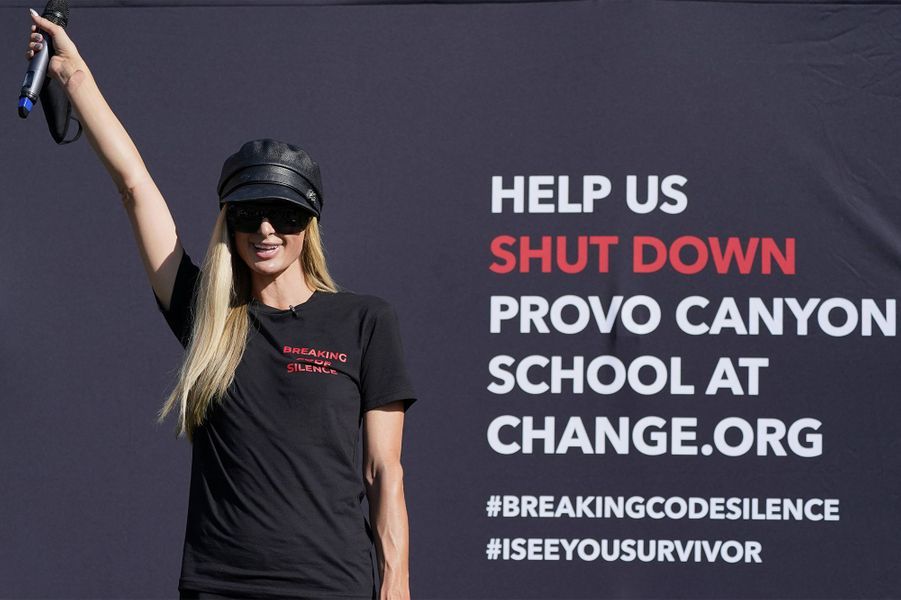 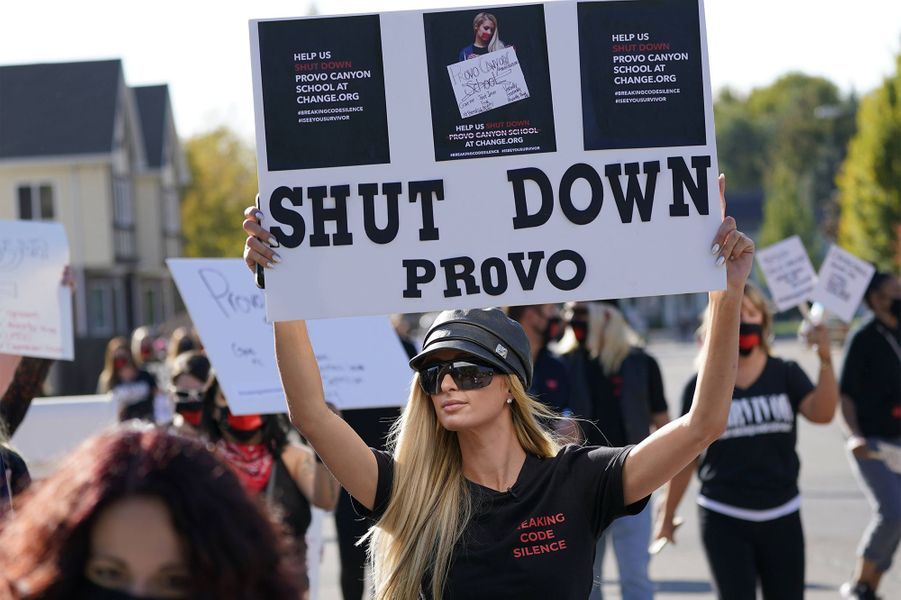 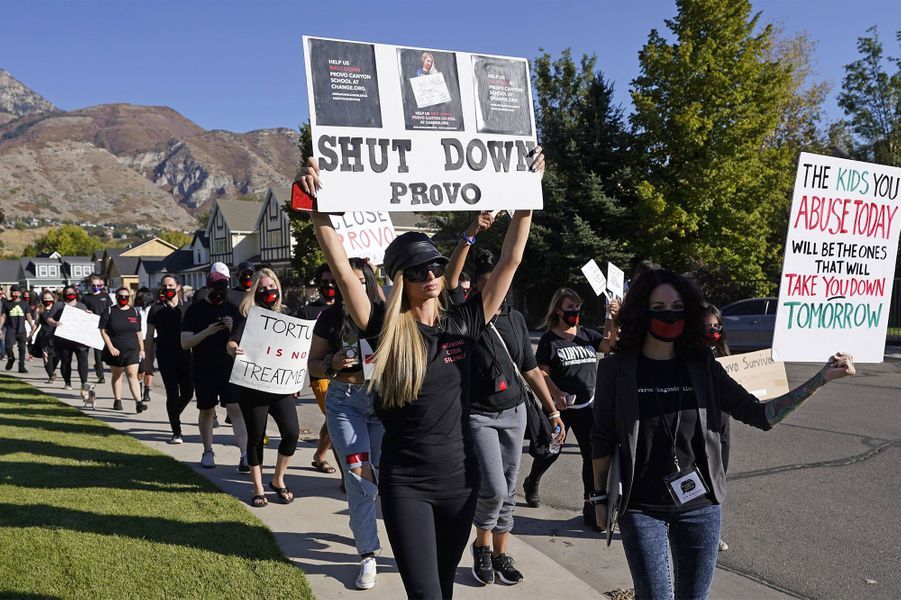 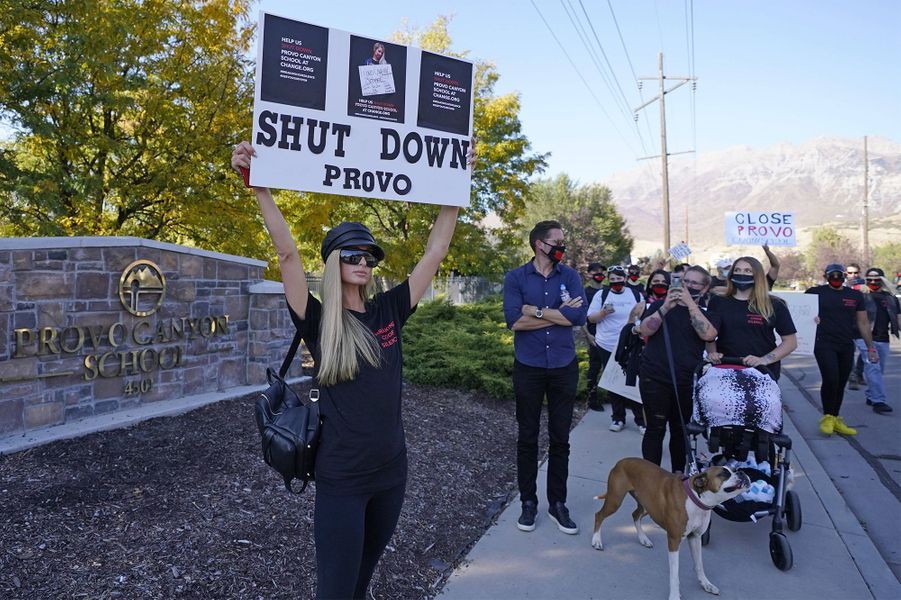 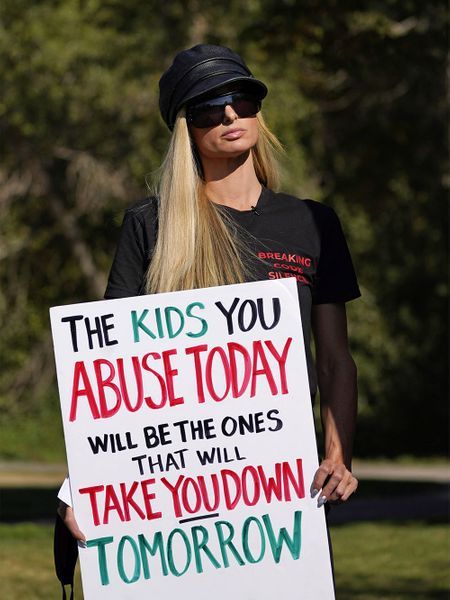 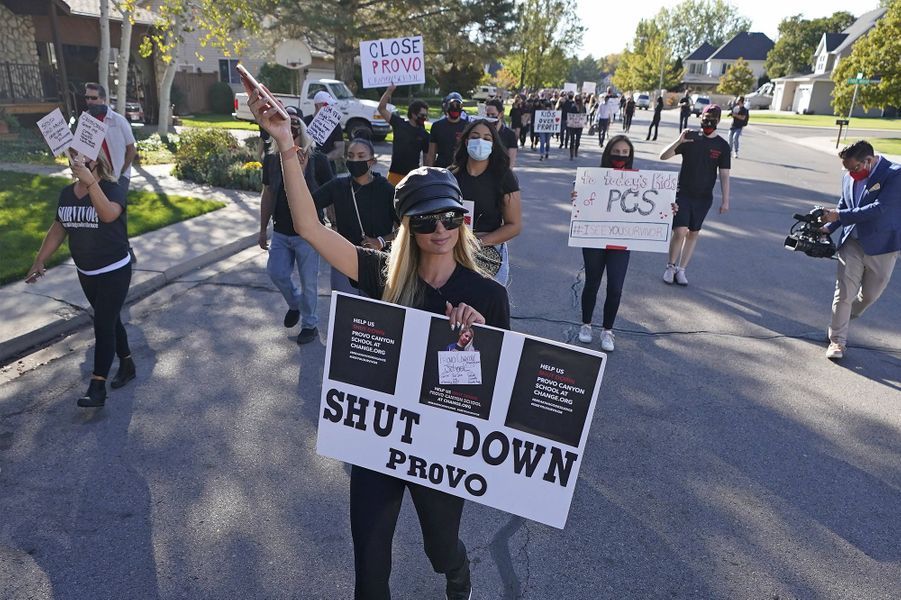 It was in a documentary broadcast on YouTube that the young woman recounted the ordeal of her years at the boarding school. A turbulent teenager, she was sent by her parents in the late 1990s to this private establishment in Utah where she stayed for 11 months. A period in which she was brutalized and physically abused by staff, she says. “From waking up to going to bed, the days were punctuated by screams in the face, continual torture. The team members were saying horrible things. They would do anything to make me feel bad about myself and intimidate me. I think their goal was to break us. And they were physically violent, hitting and strangling us. They wanted to instill fear in the children so that we were too afraid to disobey them, ”she said.

Paris Hilton also revealed that there may be times when students are sent to isolation "20 hours a day" if they rebel or plan to escape from boarding school. “I had anxiety attacks and cried every day. I was so miserable. I felt like a prisoner and I hated life, ”she added. When she tried to bring up the situation with her parents, it was her word against that of the administration. So many memories that the 39-year-old former jet-setter describes as "torture."

But despite the American’s commitment today, the school, which has changed hands, says it cannot do anything about what it has experienced in the past. "We are committed to providing high quality care to young people with special and often complex emotional, behavioral and psychiatric needs," it was simply said. However, the Paris Hilton campaign goes beyond this simple establishment. She calls for action against all schools of this type. “Because Provo Canyon is just the first to go. From there, it will be a domino effect, ”she said on Friday.

More from: USAGAG
1
Best Tips for Free Fire Beginners How to play ...
2
Among Us: Best Tips to succeed as a Crewmate ...
3
The birth of the modern American libertarian movement can ...
4
The Shabaka Stone: Ancient Relic tells of God Ptah ...
Filed under Paris Hilton ,  Provo Canyon School