WASHINGTON — Top officials from the nation’s hobbled airlines visited the White House on Thursday to plead for financial relief as Congress continues to delay on passing another round of urgently-needed coronavirus stimulus. CEOs from American, United, Hawaiian, Delta and Southwest Airlines met with Chief of Staff Mark Meadows to push for more aid before …

WASHINGTON — Top officials from the nation’s hobbled airlines visited the White House on Thursday to plead for financial relief as Congress continues to delay on passing another round of urgently-needed coronavirus stimulus.

CEOs from American, United, Hawaiian, Delta and Southwest Airlines met with Chief of Staff Mark Meadows to push for more aid before the $25 billion bailout approved in the March CARES Act expires on Sept. 30 — risking up to 30,000 jobs in the industry.

“We airline CEOs are here on behalf of the people that work for us, keeping our country moving when our country is largely paralyzed,” American Airlines chief Doug Parker said after the meeting.

“Without action they’re going to be furloughed on October 1 and it’s not fair,” he added.

Meadows told reporters that the industry would need another $25 billion through March 2021 with the travel industry decimated by the virus and demand for hotels and flights still at record lows.

“Compared to $1.5 trillion, it’s a rather small amount of additional assistance that could potentially keep 30 to 50,000 workers on the payroll,” Meadows said.

“The recovery is going to take a little bit longer because COVID has not abated in a way that allows them to return to a normal operating schedule,” he went on. “There still is real assistance that needs to be granted.”

Meadows said President Trump would be willing to support more financial assistance for the airlines and revealed recent conversations with certain House Democrats had been productive. 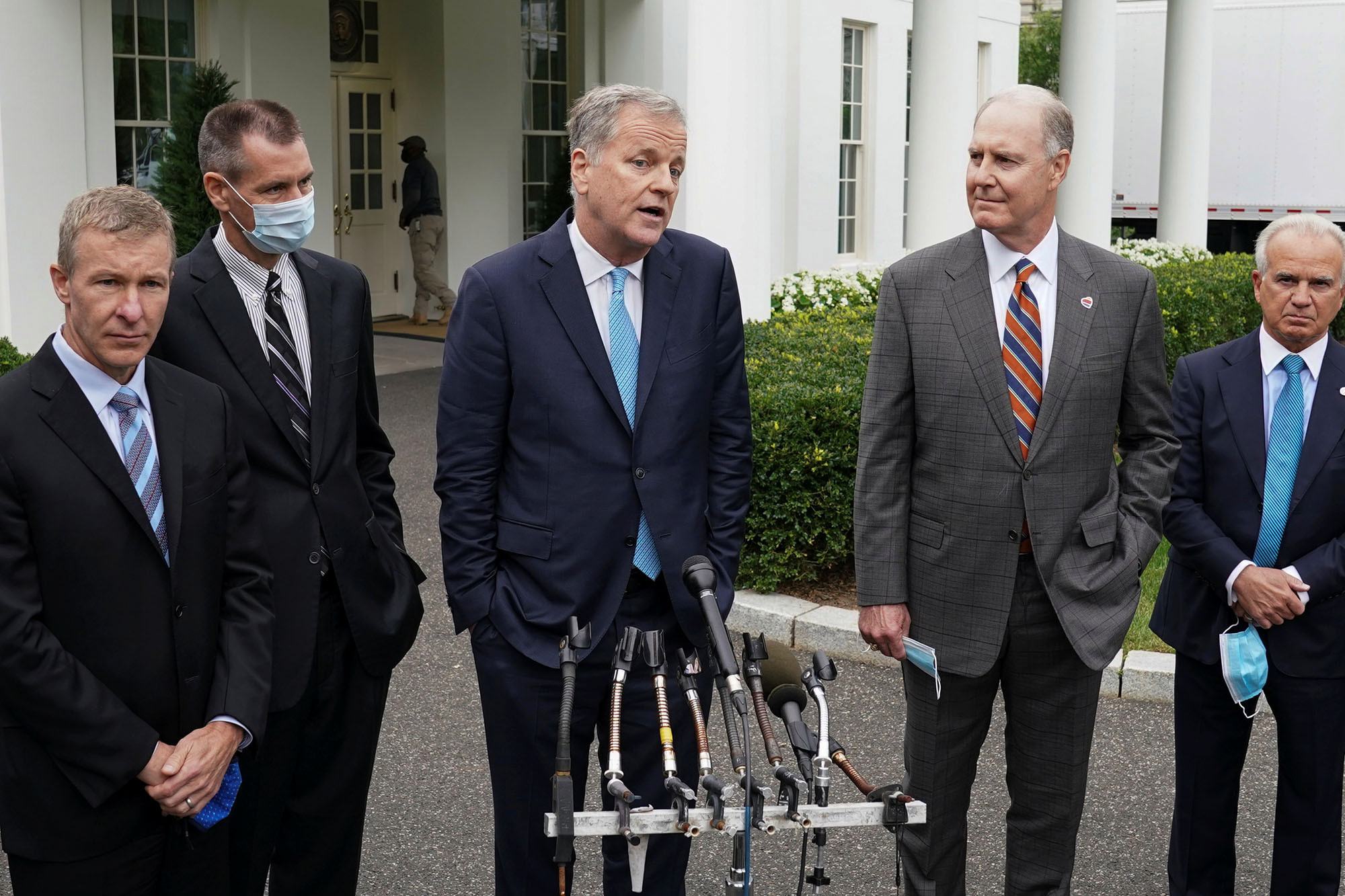 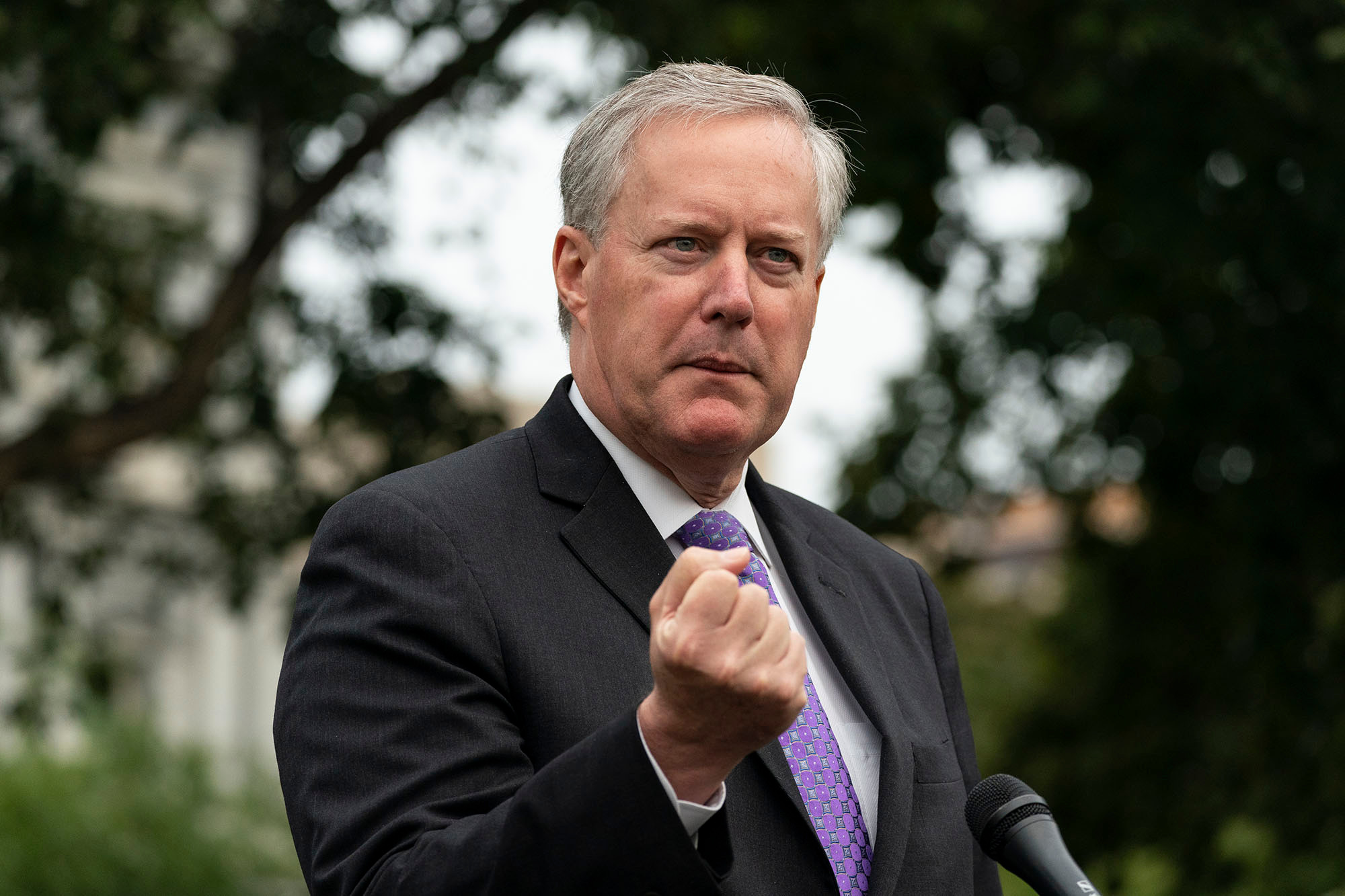 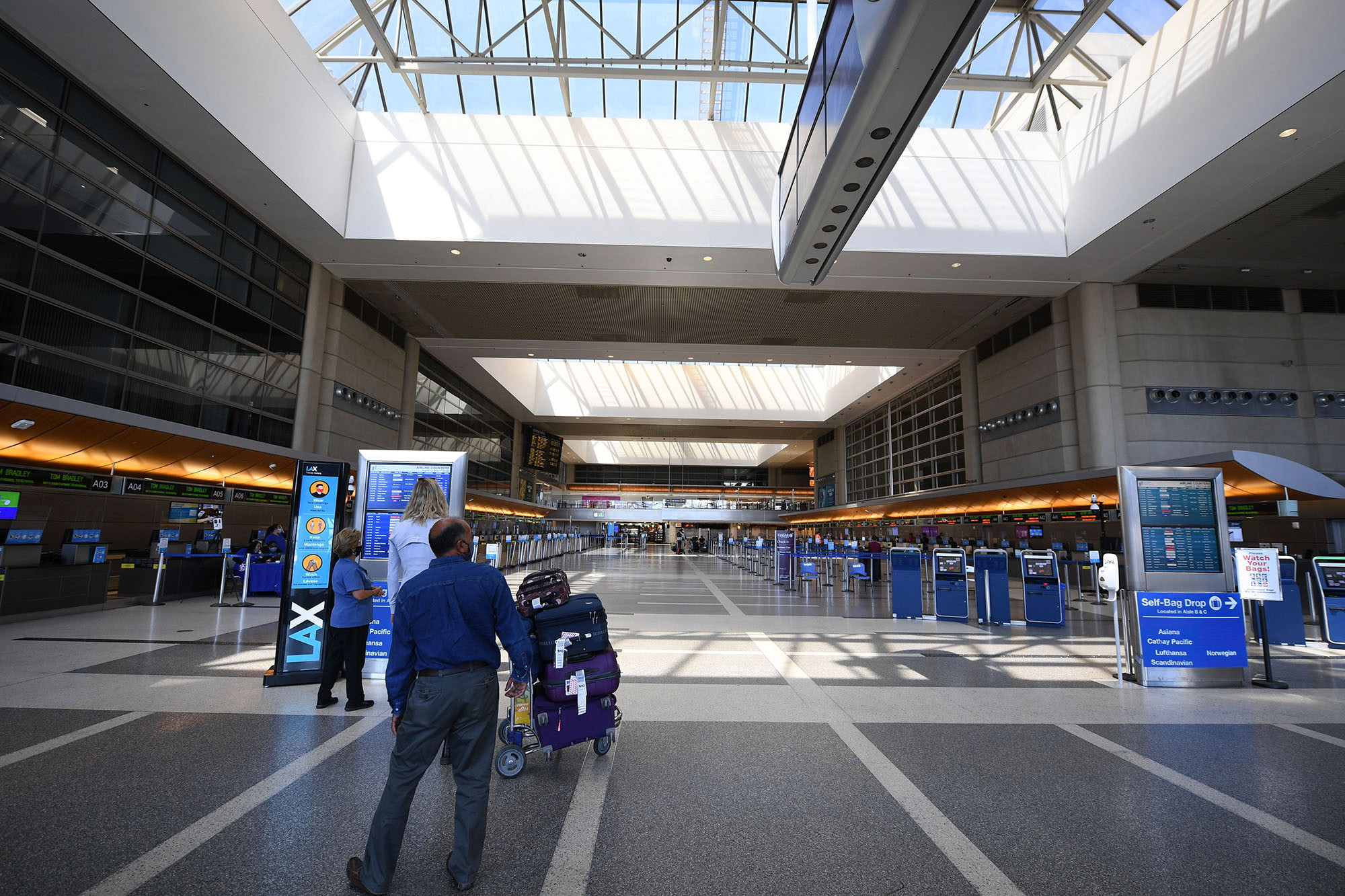 A man arrives at a largely empty Tom Bradley International Terminal at Los Angeles International airport amid the coronavirus pandemic.

But the former North Carolina congressman singled-out Speaker Nancy Pelosi amid a months-long stand-off on another round of relief.

“I’m not optimistic Speaker Pelosi is going to see this as an opportunity to actually have meaningful conversations,” he said.

Democrats have been unwilling to budge on certain issues included in the $3.4 trillion HEROES package they passed in May — including funding for federal and state governments.

“Our friends across the aisle have tried to change the subject to election security or immigration from Venezuela or anything besides the hundreds of billions of dollars in relief they’ve been filibustering,” McConnell (R. Ky) said on the Senate floor.

So far, the virus has claimed the lives of 197,000 people in the US and infected 6.65 million. Another 60 million people have filed jobless claims during the COVID-19 pandemic.

“What kind of person looks at the number of dead citizens in the country he is supposed to lead and in an attempt to glamorize himself, dismisses every American who has died in a state that didn’t support the president politically?” Schumer asked.

“What a disgrace. It’s monstrous. Not a shred of empathy. Not an ounce of sorrow. What kind of president do we have?” he continued.

Pelosi told Democrats on Tuesday that she would keep the House in session over the October break in the hopes of reaching a deal.

But aides on both sides of the aisle told The Post they weren’t optimistic that would happen before the November election — blaming political point-scoring.