‘sMothered’ recap: Mom gets plastic surgery with daughter to bond

TLC’s hit reality show “sMothered” co-produced by The Post, follows several mothers and daughters with outrageously close bonds. There are Brittani and Mary, who shower together; Kathy and Cristina, who spend every minute together; Sunhe and Angelica, who often sleep in the same bed; and Dawn and Cher, who talk constantly, among other duos. Season …

There are Brittani and Mary, who shower together; Kathy and Cristina, who spend every minute together; Sunhe and Angelica, who often sleep in the same bed; and Dawn and Cher, who talk constantly, among other duos.

Season 2 has thrown several conflicts their way, including partners who don’t understand their relationships. Here’s what went down in Season 2’s eighth episode, called “She’s My World.” Spoilers ahead!

Season 2’s main conflict between Las Vegas duo Sunhe, 52, and Angelica, 32, has been Sunhe’s disapproval of Angelica’s fiancé, Jason (who wasn’t fully divorced from his ex yet). But this week, things take a more serious turn, as the duo goes to the doctor to make sure Sunhe doesn’t have cancer because she found a lump in her breast.

Angelica stays as stoic as she can while Sunhe cries, because as she says, if she cries, it will only make Sunhe cry more. They don’t get the results back by the end of the episode, but Sunhe frets about her diagnosis mostly because, “Angelica is my whole life, she is every love song that I hear…I just don’t want to leave her behind.”

Continuing the theme of health scares, Florida pair Laurie, 59, and Sarah, 25, have their own scare this week. Laurie has kidney issues and diabetes, and Sarah is constantly checking on her. When Laurie doesn’t answer her calls or texts, she decides to get in her car in the middle of the night and drive an hour to get to her mom’s house to check on her.

Sarah’s boyfriend, Miguel, is not pleased with this. He comments on her tendency to stress about her mom and think about her more than she thinks about him and explains that this is a regular occurrence. “I would say at least once a month, Sarah tries to see her mom if she doesn’t pick up the phone. I don’t think it’s healthy,” he says.

Luckily, Laurie turns out to be fine, but she feels guilty for worrying Sarah.

New Yorker Cher, 29, just had her baby girl, Belle, with her husband, Jared. Dawn, 59, lives in Florida but stayed with them for several weeks in order to be a supportive grandmother, or “Mimi.” The past few episodes, this has been getting on Jared’s nerves, and at last, he convinces Cher to tell her mom to get lost so that the new parents can bond with their baby, sans a hovering grandmother.

Cher reassures Dawn that they want her in the baby’s life, just not in these first few weeks right after her birth. Naturally, Dawn does not take it well. “It’s really hurtful,” she says after Cher asks her to go back to Florida for the time being. “I do think it’s coming more from Jared than Cher.”

Kathy, 61, who lives in Chicago, and Cristina, 35 decide to go get bikini waxes together — as in, in the same room. Cristina asks if they can do it “like a couple’s massage.” The technician is surprised.

“In the whole time I’ve been here, nobody has ever asked if they could get a couples’ wax,” she tells the camera. “It is a little strange to have your mom watch you while you’re getting waxed.”

During the appointment, Kathy and Cristina scheme against Cristina’s 25-year-old sister, Carly, because they think she’s hiding something. They’re correct — in a recent episode, Carly admitted to the camera that she has a secret boyfriend they don’t know about, and she’s afraid their tendency to meddle will ruin it. It looks like the secret might not stay buried for long. 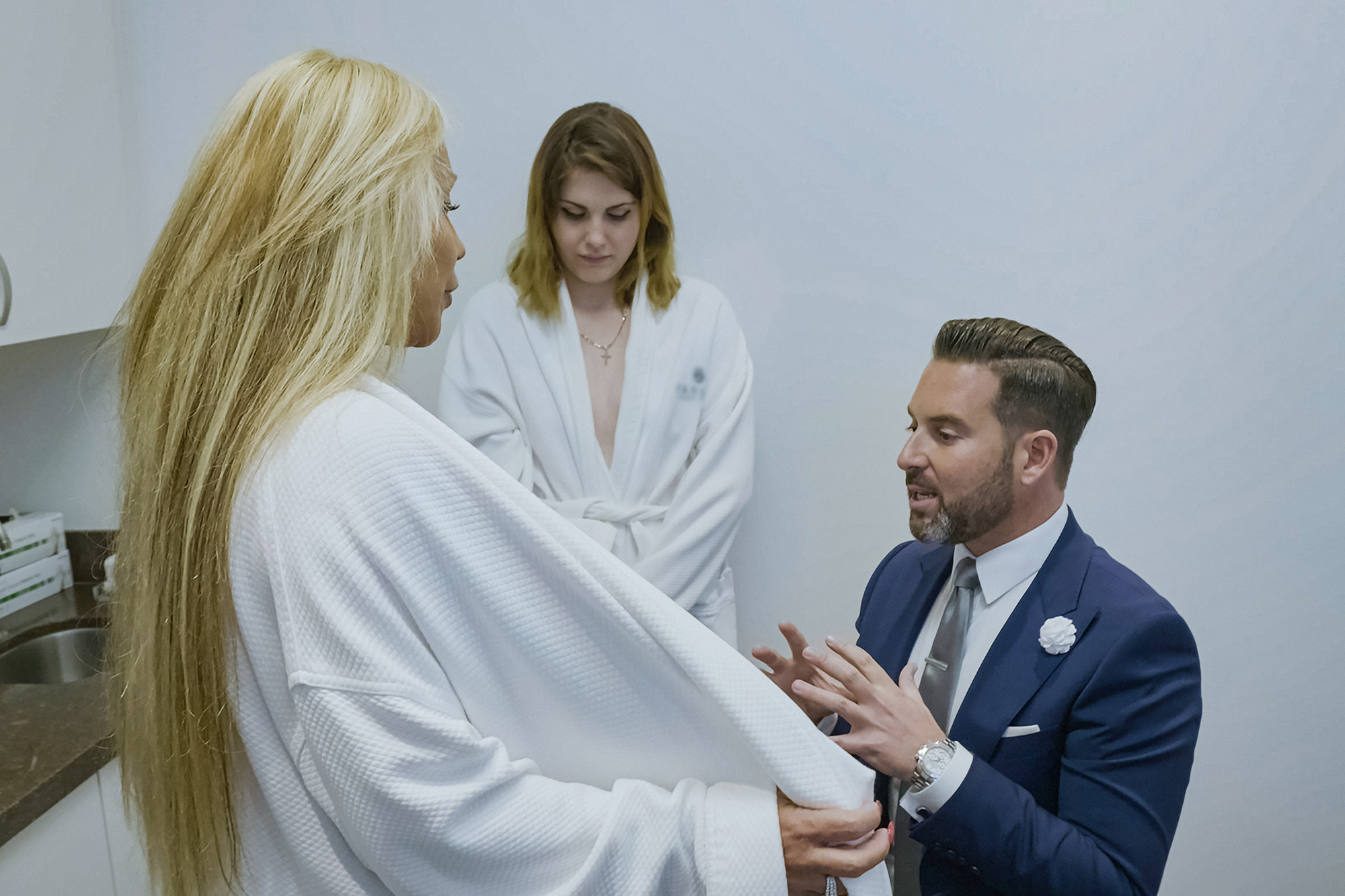 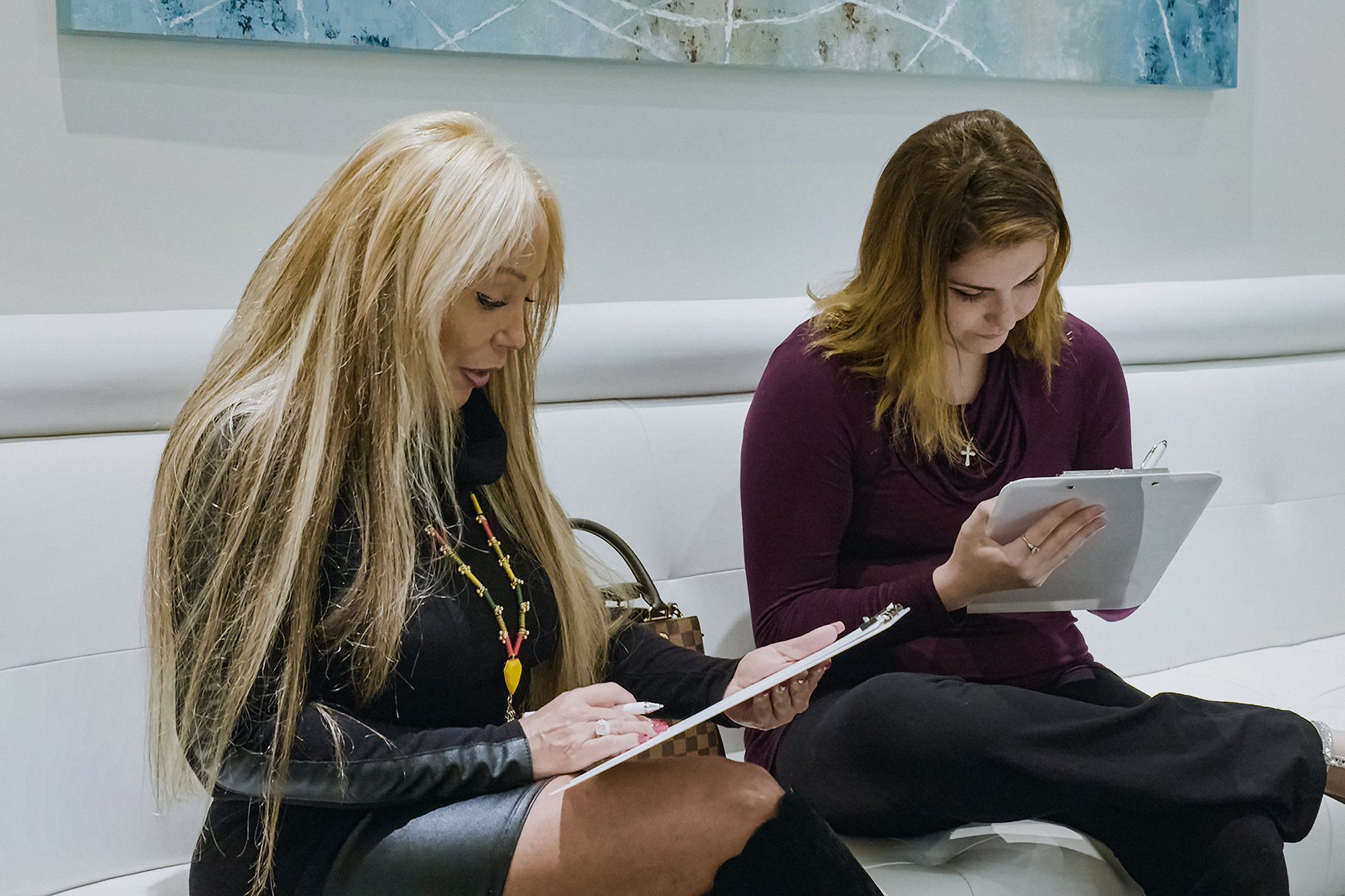 In last week’s episode, Brittani, 19, came out as bisexual to her mom Mary, 55. Mary’s reaction was mixed, but in order to bond and feel close, she wants them to now get mother-daughter plastic surgery.

“Having plastic surgery together can build a whole world of ways of spending time together,” she says. Brittani adds that it is “making memories.”

Brittani’s procedure is a tummy tuck, as Mary announced at her graduation party in front of all her friends, while Mary is getting larger breast implants.

Mary’s partner, Frank, worries that Brittani is too young for plastic surgery, but he says he’s stepping back and leaving that up to them. Brittani wants it in order to feel more confident.

“I’m hoping when I get the body of my dreams, I can date more,” she says on-screen. “I’m hoping I find a beautiful woman like my mom — and this [surgery] is the first step.”