Lousy ‘One World Together At Home’ concert made us feel worse

One world together, pulling our hair out. Saturday’s two-hour primetime concert, “One World Together At Home,” achieved the impossible: it made us feel even worse about our already miserable circumstances. The insufferable show — simulcast on CBS, NBC, ABC and the internet — pieced together saintly speeches from A-list celebrities and somber United Nations officials …

One world together, pulling our hair out.

Saturday’s two-hour primetime concert, “One World Together At Home,” achieved the impossible: it made us feel even worse about our already miserable circumstances.

The insufferable show — simulcast on CBS, NBC, ABC and the internet — pieced together saintly speeches from A-list celebrities and somber United Nations officials between womp-womp acoustic ballads. Didn’t we tune in for some uplift?

Yes, but we got none of that when couple Shawn Mendes and Camila Cabello dueted on “What A Wonderful World,” Louis Armstrong’s signature number, surrounded by candles like a Bonnie Tyler music video.

Or when Taylor Swift softly crooned “Soon You’ll Get Better” as though she was a hospital resident scrawling out a prescription.

Nearly every musician opted for the saddest, most obvious tune they could muster, while — lucky us! — giving a shaky tour of their fabulous homes that would make Robin Leach scowl.

If you didn’t know John Legend was an EGOT before, you sure do after gawking tonight at his awards shelf, conveniently located next to his piano.

The luxurious Trulia listings would have been forgiven were it not for the dull sanctimony paired with them. 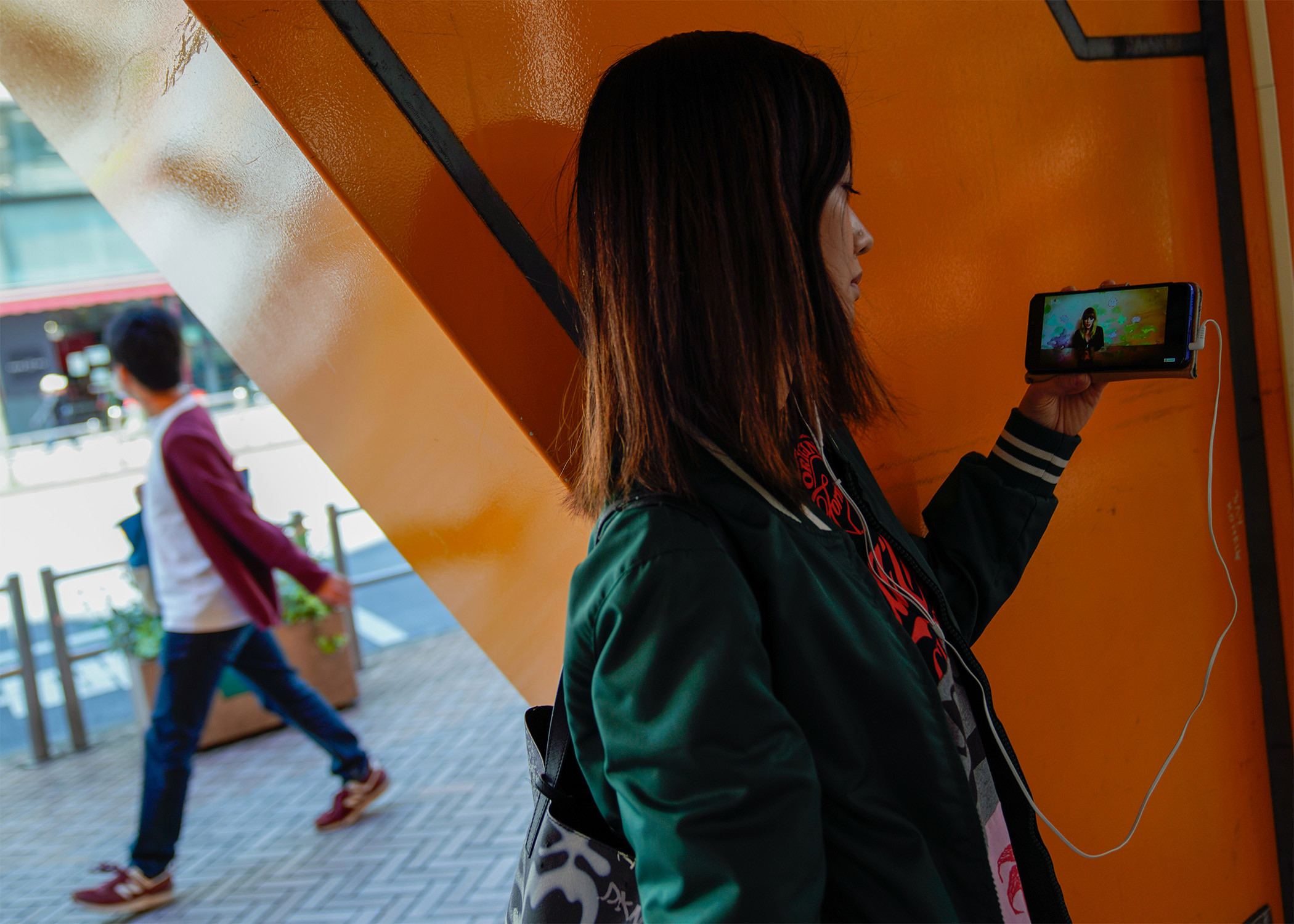 Japanese woman Noemi watches Taylor Swift perform during the “One World: Together At Home” presented by Global Citizen today.

Noemi watches the performance of Billie Eilish and Finneas O’Connell 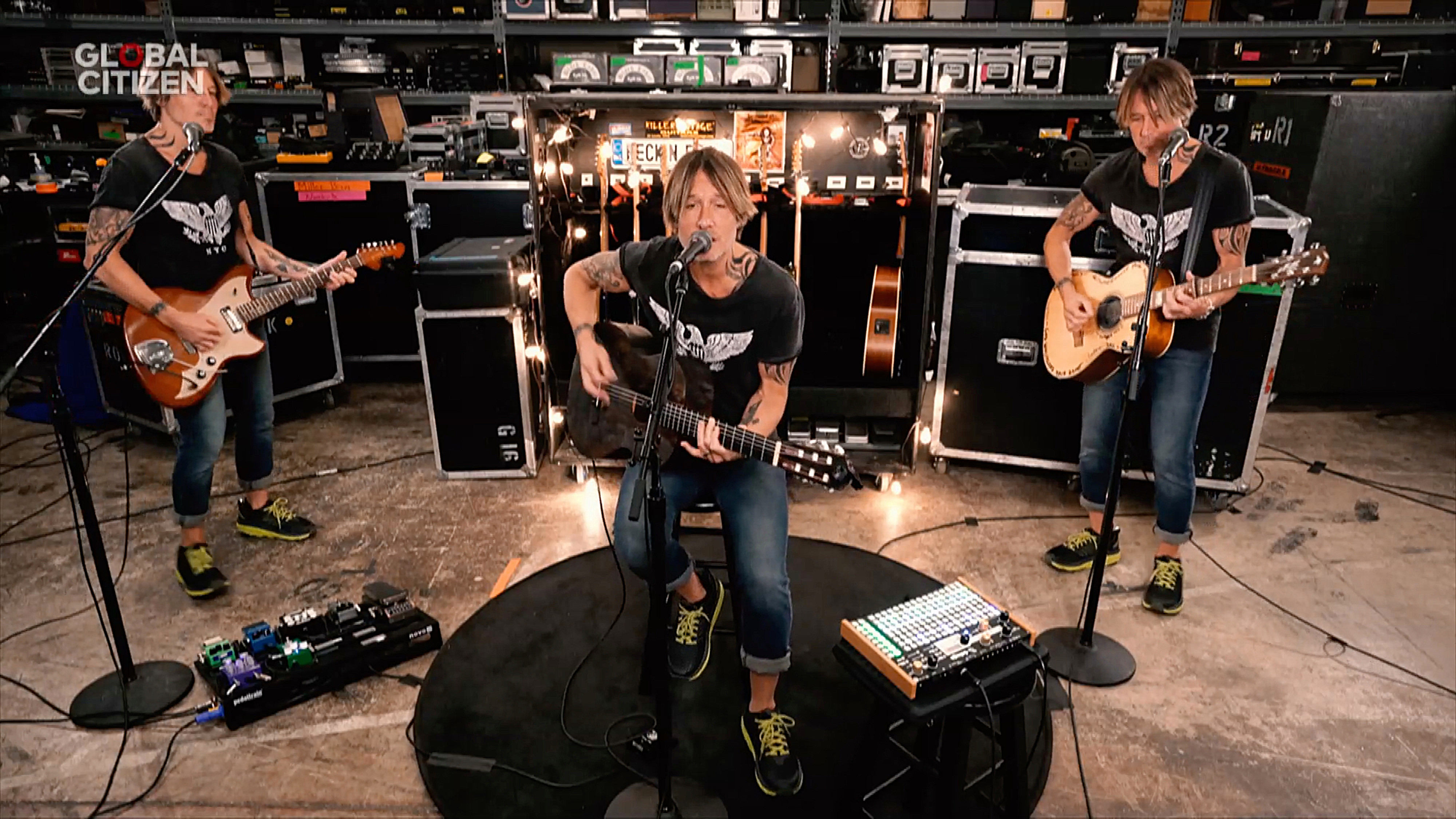 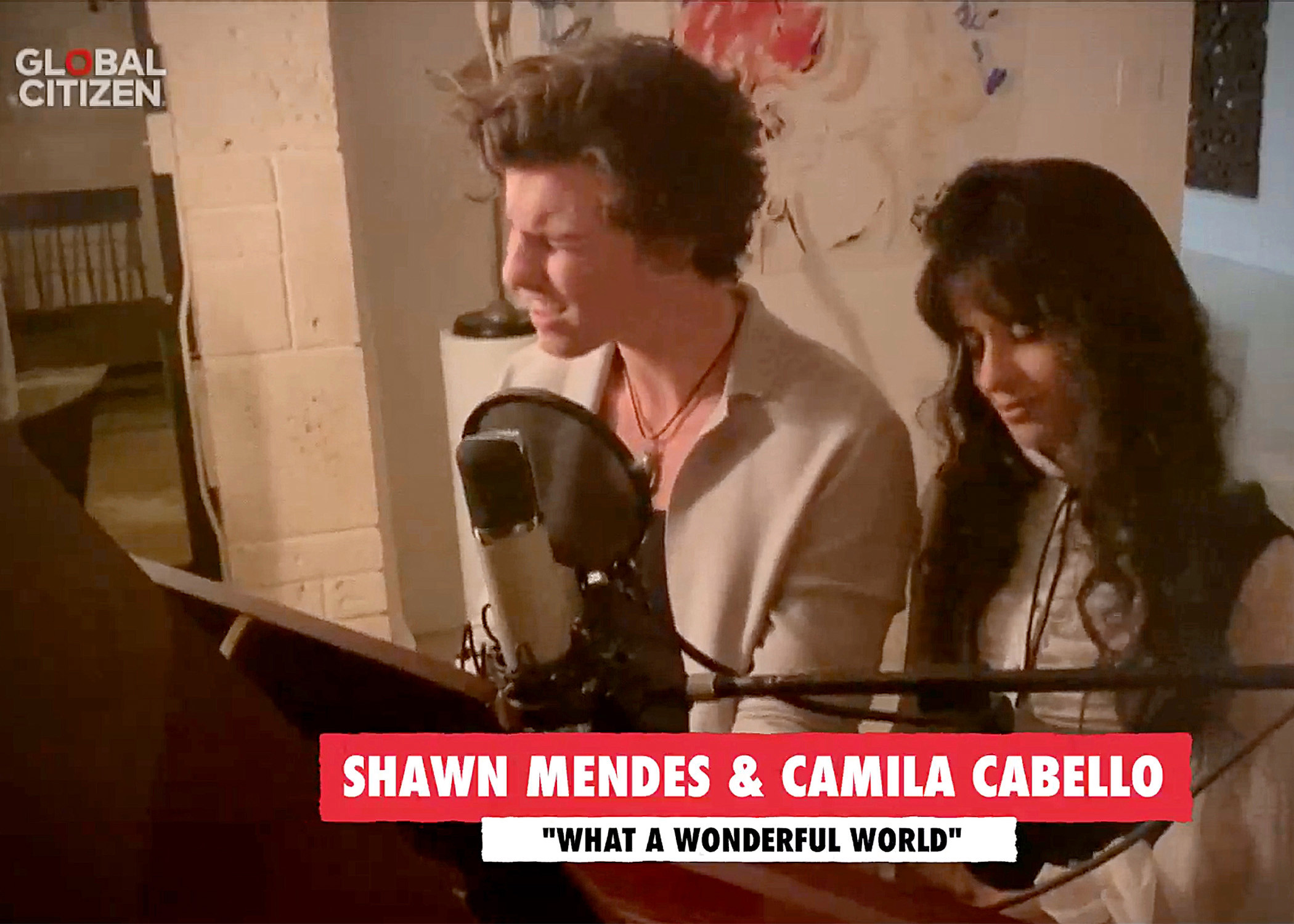 Remember 1985’s Live Aid, held to raise money for the famine in Ethiopia? That international telethon provided one of Queen and Freddie Mercury’s most legendary performances. This downer, however, didn’t have half its energy.

Saturday night wasn’t even a telethon! Surely taking into consideration the skyrocketing unemployment figures of the coronavirus pandemic, co-host Stephen Colbert (alongside Jimmy Fallon and Jimmy Kimmel) began by saying, ‘We’d love everyone to take out their wallets and throw them away. We aren’t asking for any money tonight.”

Even if the co-hosts that didn’t land a joke all night, that’s a nice thought. What people want is a fun distraction, a celebration of the human spirit. right? But the next 118 minutes had no humor, no fun, no watchability.

The most memorable moments were, at best, weird.

Jennifer Lopez had, um, a conspicuously clean vocal track, as she sang “People” from “Funny Girl” in front of a campy tree covered in Christmas lights.

“There’s one thing I realized during this whole time,” Lopez said. “And that’s that we all need each other … PEOPLE!” You can’t make it up.

And Keith Urban performed “Higher Love” with two digital copies of himself. At the end of the tune, his wife Nicole Kidman came out and kissed one of the carbon copies. Strange, but at least it was uptempo.

One of the most vital performances was 76-year-old Mick Jagger and the Rolling Stones doing “You Can’t Always Get What You Want.” That says it all, doesn’t it?

In the final song of the show, Lady Gaga, one of the event’s organizers, wedged herself into a famous duet: “The Prayer,” sung by Celine Dion and Andrea Bocelli. The song — sung by those two legends — has been a comfort to the world for 22 years. And still, Gaga had to get in there.

It was the final act of narcissism during a night dominated by it.