US Scientists Will Announce a Breakthrough in Fusion Energy

Its effects go far beyond Earth and could even change how we travel to space in the future.

The U.S. Department of Energy said on Tuesday that a thermonuclear fusion experiment at the National Ignition Facility in Livermore, California, had produced a net gain of energy. The result was called one of the most important scientific discoveries of the 21st century and the first step toward the holy grail of a cheap, plentiful source of clean energy. The news went back and forth between the media. I had a very short time on both NBC and MSNBC to explain what it meant. 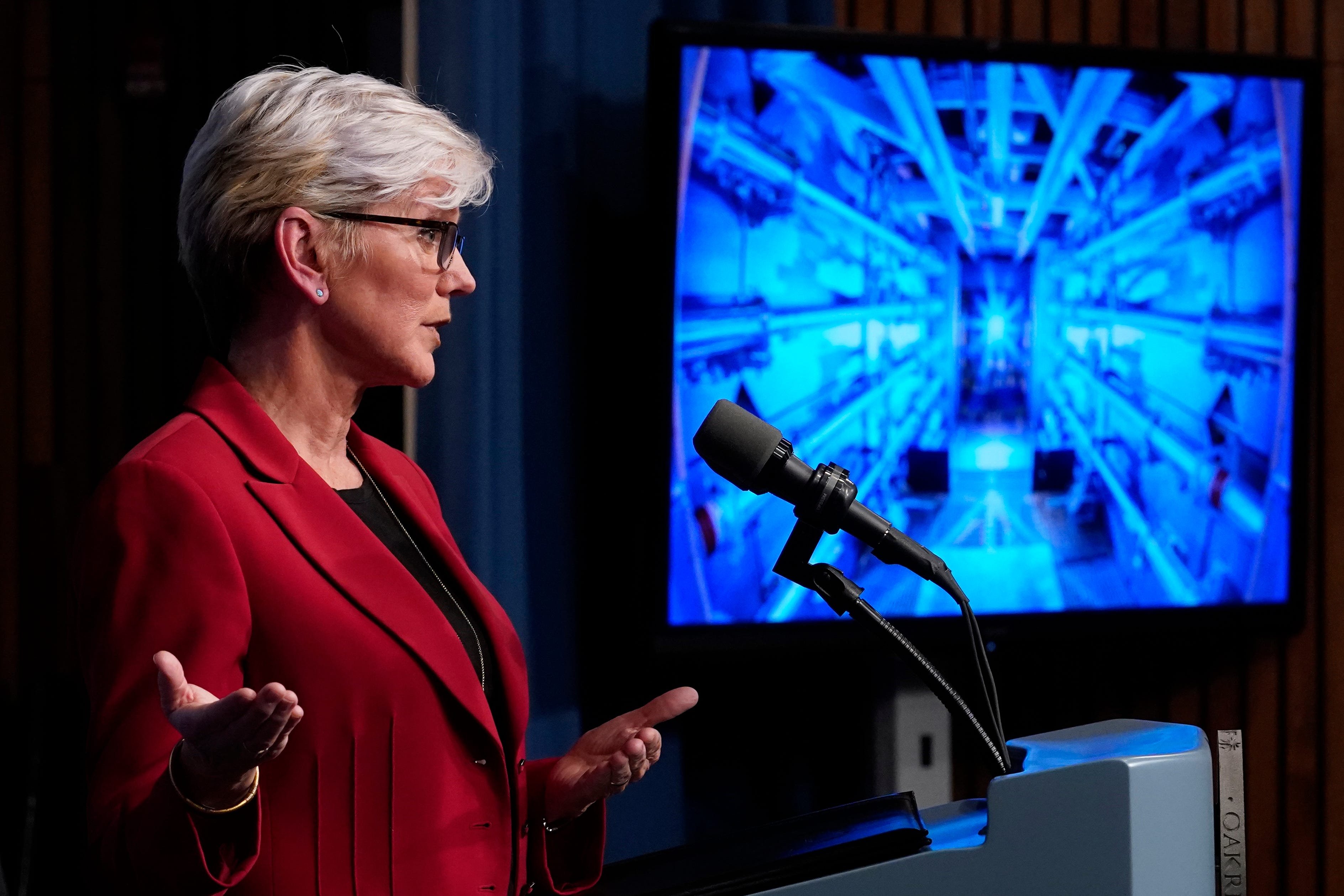 But what's the point? Is it true that the results are as great as the Department of Energy says they are? How long will it be before everyone has a Mr. Fusion in their kitchen?

I am a professor in the Physics and Astronomy Department at the University of Rochester. I also work as a scientist at the Laboratory for Laser Energetics, which is just south of campus. The Department of Energy gives the Laboratory $30 million per year to make it the best place to study laser fusion. It's like the little brother or sister of the National Ignition Facility. It's where a lot of ideas are tested before they go to Livermore. The LLE's lasers can fire once an hour, but the NIF's can only fire about once a day.

I have spent more than 20 years watching the push for fusion from this vantage point. I can tell you that Tuesday's announcement is, without a doubt, a very big deal.

The core of the Sun is where thermonuclear fusion reactions happen. When you squeeze together four hydrogen nuclei, each with one proton, you get a helium nucleus with two protons and two neutrons. E = mc2 shows that they give off some energy in the process. The Sun is able to do this by using the force of its heavy mass, which is 330,000 times the mass of the Earth. Because of this, the core of the Sun gets hotter than 10 million degrees Kelvin. This makes pressures that smash the hydrogen nuclei together hard enough for the needed nuclear transformation to happen.

As soon as physicists realized that this was how the Sun made energy, they started to dream of getting the same process to work on Earth. But scientists don't have 330,000 Earths' worth of mass to get things going, and it's been a joke in the fusion science community for a long time that fusion is always 20 years away, no matter when you ask. First, scientists tried to make the pressures they needed by using magnetic fields. Later, they realized that they could make the squeeze by having two laser beams come together. No matter what method is used, what's important is that someone, somewhere, has been working on fusion in a lab since the 1950s. The process has been hard, and moving forward has been slow. 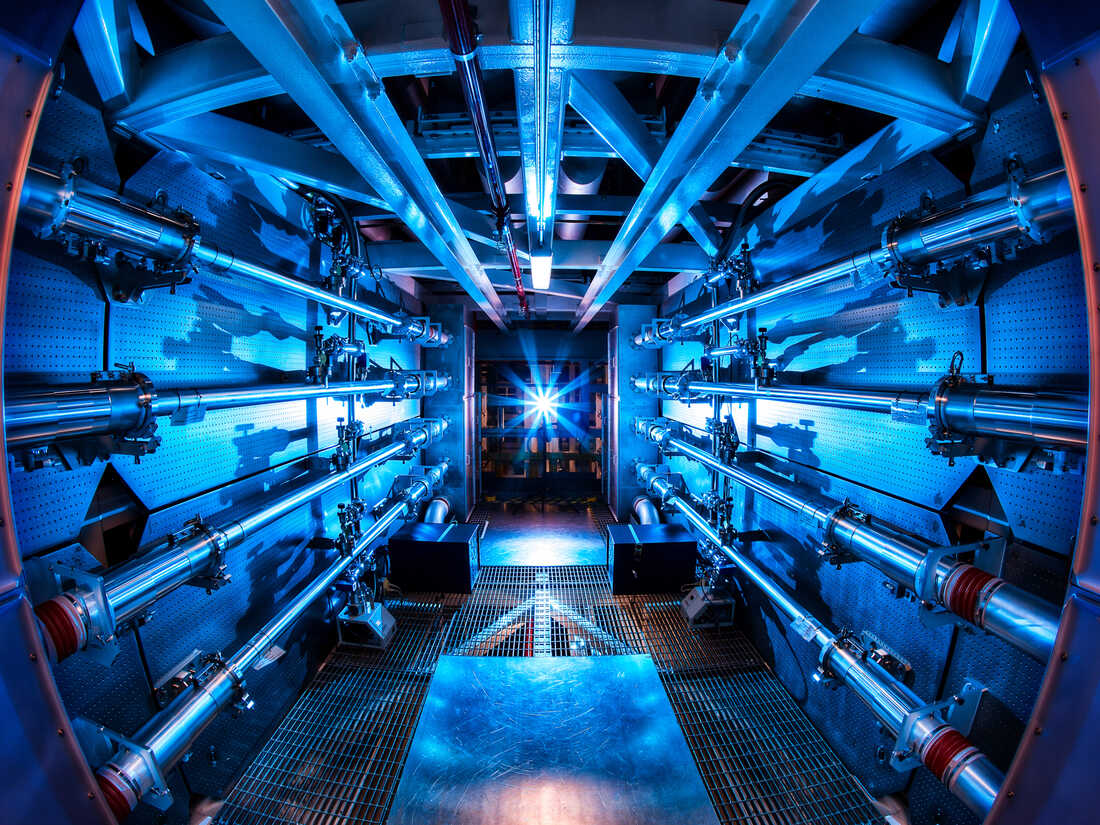 It took decades, but we finally gained energy

Even though magnetic fusion and laser fusion (also called inertial confinement) have been fighting for the top spot, neither method has reached a point where the energy gained from fusion reactions is more than the energy used to start them. In other words, there was no net gain in energy.

When the Department of Energy decided to build the National Ignition Facility at the start of this century, it became the oldest laser fusion machine in the world. Everyone thought that net energy gain would happen within a few years because it was so big. But at first, the Facility didn't live up to these promises. Laser energy meant for the target, a tiny capsule of deuterium and tritium, was being deflected away by the plasma made when the capsule exploded. Some people thought that getting fusion to happen in the lab was just impossible after these early failures. Maybe the process was just too hard to figure out and had too many unstable parts that could stop fusion from happening.

But, in the end, the scientists at the National Ignition Facility won. They worked and reworked the plans for their experiments — the laser pulse, the fuel capsule, and anything else they could think of — with patience and creativity, and slowly got closer to their goal. Finally, they set off a thermonuclear ignition that went out of control. Once the deuterium-tritium fuel started to burn, it was like lighting a match: it gave off more energy than it took to start the thermonuclear reactions. With this result, the first part of the old "20-year" joke is finally over. Scientists who study fusion have been waiting 50 years for this big step, and now it's in the past.

So, when will fusion power stations start making all the energy the world needs in a way that is clean and cheap? Well, about 20 years from now. But we can now reach the goal. Before, we didn't even know if it was possible to make fusion in the lab. We now know that it is. To move forward, there are a lot of technical and engineering problems that need to be solved. That will take longer than 10 years, but 20 or 30 years is now a realistic time frame for making a commercial reactor that works. Now that we know it's possible, nothing can stop us from doing it.

It's hard to imagine what would happen if something like this happened. Imagine what the world could do if it had a nearly unlimited supply of cheap, clean energy. What might we be able to do? How could we move forward? The effects are out of this world. With nuclear fusion rockets, it would be possible to speed up and slow down all the way to Mars and the rest of the solar system. Instead of taking six to nine months to get to Mars, you could keep your motor on and speed up and slow down at 1G. This would get you there in just a few weeks. So, yes, getting fusion to start is a game changer in many ways.

More from: USAGAG
1
Thermodynamics, Natural Gas, and Electricity
2
Brain research indicates that quantum entanglement is essential for ...
3
The government will make you even poorer
4
Just say no to the new war that won't ...
Filed under Fusion ,  Fusion power ,  National Ignition Facility in Livermore ,  Department of Energy