Federal authorities said Friday that a rioter who was seen breaking a window of the US Capitol while wearing a jacket with his name and company phone number on it pleaded guilty to damaging federal property.

On January 6, 2021, Troy Faulkner was caught on camera breaking a Capitol window with his boot. He was wearing a jacket that said "Faulkner Painting" and had the phone number of his Columbus, Ohio, business on it.

Faulkner agreed to pay $10,560 to fix the damage. If he doesn't, his lawyer told NBC News, he could spend up to eight months in jail. 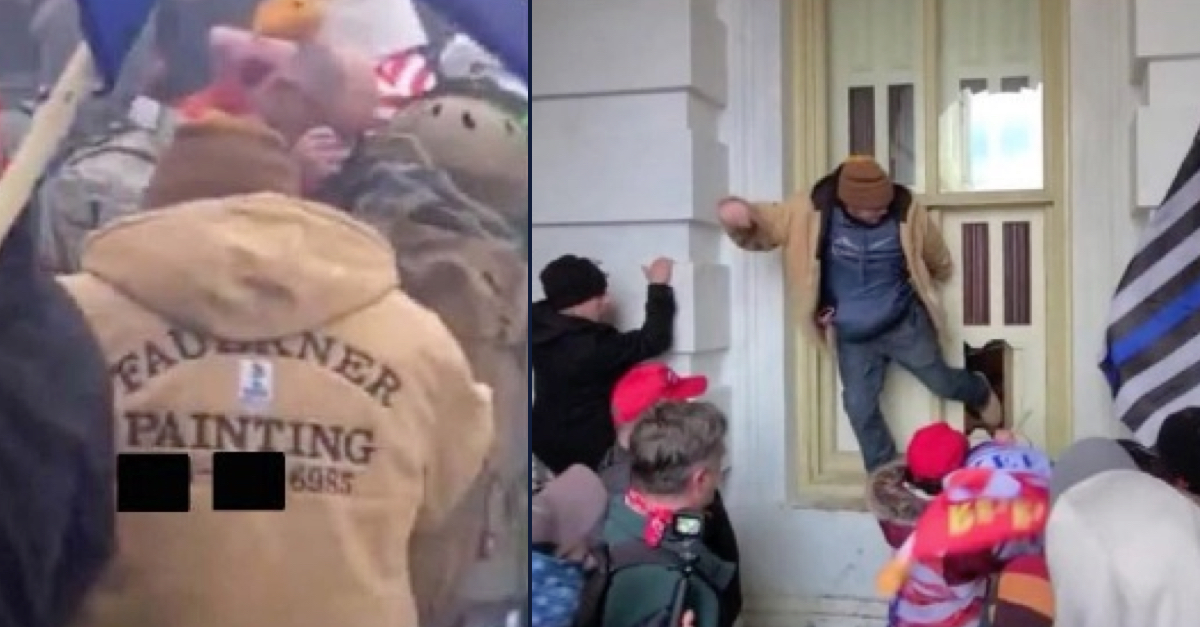 Faulkner, who is 41 years old, turned himself in to the police just days after violent Trump supporters stormed the Capitol to stop Congress from certifying that Trump lost the election.

At the time, he told the Columbus Patch website that he was in the moment and angry when police shot him in the chest with something he didn't know what it was.

“It seemed the cops were antagonizing us and letting them straight into the building in the front so I believe it was all set up for the Trump people,” he reportedly said. “I knew I shouldn’t have kicked in the window. I was upset and wasn’t thinking rationally.”

More than 340 of the more than 840 people who were arrested for storming the Capitol have already said they are guilty.

Guy Reffitt, an armed Texas militia member, was given a prison sentence of more than seven years on Monday. This is the harshest punishment given so far for the rampage.

More from: USAGAG
1
The laws that Congress passed about semiconductors won't hurt ...
2
Wealth Cannot Be Created by Economies Without Patience and ...
3
The Starlink Terminal Hacking Has Started
4
Who Will Watch Over the Fact-Checkers?
Filed under Troy Faulkner ,  Capitol rioter ,  January 6 ,