U.S. Creating Insect 'Bio-Weapons' to Cause Famines, According to Chinese Regime Conspiracy Theory

A hacker alleges that important Chinese residents' data has been stolen.

In the Crosshairs of Two Governments: Chinese Americans

China predicts that bitcoin will lose its value

China's state-owned media On Tuesday, the Global Times attempted to blame the impending global food crisis on super-insects weaponized by the US military and dispatched to cause deliberate famines in "rival countries," rather than on China's ally Russia's invasion of Ukraine or the worldwide shipping disruptions caused by China's brutal coronavirus lockdowns.

The Global Times acknowledged that the "conflict between Russia and Ukraine has resulted in a global food crisis," but claimed that the real threat is a US military program called "Insect Allies," which uses bugs to deliver a "genetically engineered virus" that "could affect crop growth by altering which genes the plants express."

US' #InsectAllies has been controversial since being announced. The US has conducted biological experiments in its overseas bio-labs using insects as vectors, which disregarded natural ethics. https://t.co/TXNAbXHNcf

The Global Times breathlessly claimed “experts” are worried the U.S. is about to unleash all-out bug-based bio-warfare:

The intentions of the Pentagon are also in question – is it really to save humanity from starvation, or will it, on the contrary, deliberately cause a humanitarian crisis in order to serve some “military aims.”

Experts reached by the Global Times said the Insect Allies is turning this concern into a real potential danger. “Why do they use insects as carriers? Why does the US build bio-labs near other countries like Russia? When the Pandora’s Box is opened, a series of disasters will follow,” said an expert.

However, this is just a tip of the iceberg as a project with a potential biological weapons threat. In addition to the Insect Allies program, the US has conducted biological experiments around the world in said notorious “bio-labs” disregarding human safety and natural ethics while blatantly violating the “Biological Weapons Convention.” 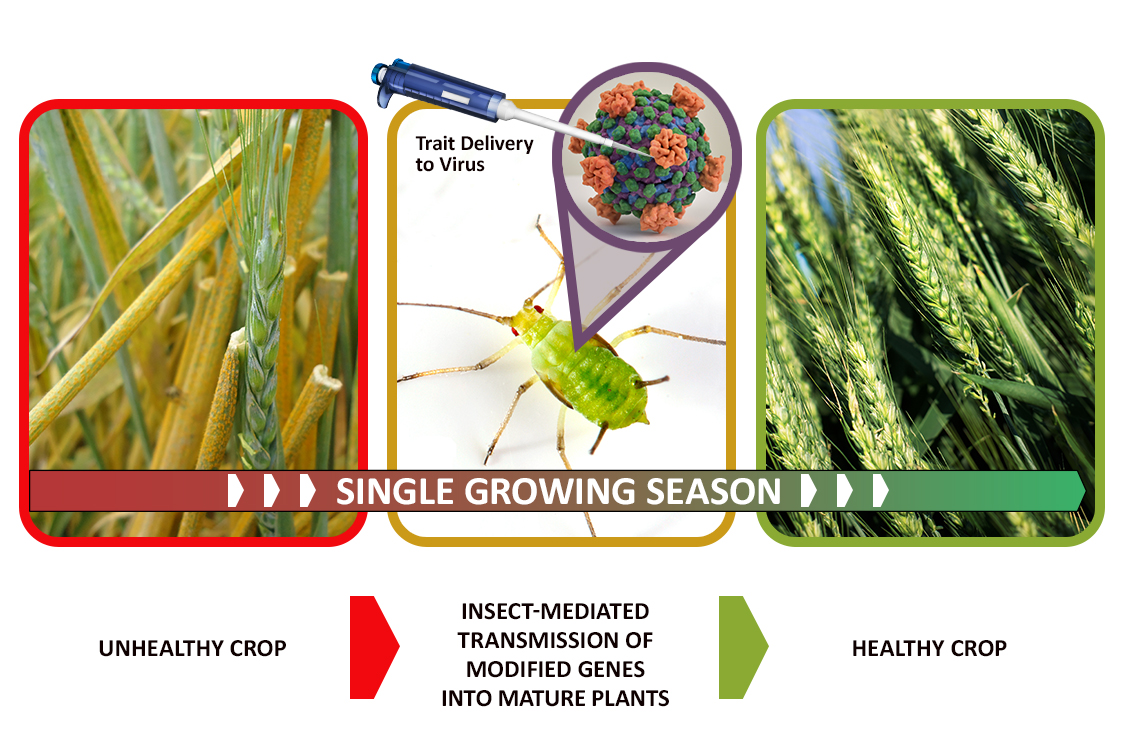 As the Chinese Communist paper admitted later in its fulminations, the Insect Allies program is a project described by the Defense Advanced Research Projects Agency (DARPA) in 2016. The idea was to find a way to deliver gene therapy to crops using insects, which are also the transmission system for the most destructive plant viruses.

Researchers anticipated that by making live plants more resistant to famine-causing viruses, rather than letting crops die and replacing them with genetically engineered virus-resistant new plants, such a strategy may save harvests.

Insects, according to DARPA, might provide a faster, more cost-effective, and safer way to disseminate virus protection than industrial sprayers. Insect Allies was thought to be successful enough to safeguard crops from drought, floods, and frost, according to the government.

The notion of Insect Allies was received with skepticism about its effectiveness — as well as conspiracy theories about how it may be weaponized to transport dangerous substances.

In 2016, a major critic of the program speculated that DARPA was working on Insect Allies because US intelligence suspected a hostile nation was already producing insect-borne genetic weapons. DARPA made no mention of impending concerns, but did remark that Insect Allies may be useful in combating "threats posed by state or non-state actors."

DARPA refuted the conspiracy allegations, claiming that while it recognized worries about the "possible dual use of technology" for malicious ends, Insect Allies would be a "transparent and university-led research effort" carried out under strict biosecurity rules.

The Global Times editorial was essentially a grab bag of everything negative about Insect Allies that its authors could find on the internet, hastily stitched together into a propaganda hit that builds off Chinese and Russian conspiracy theories about US bioweapons labs in Ukraine – and, of course, Beijing's enduring desire to thwart investigations into the true origins of the Wuhan coronavirus.

More from: USAGAG
1
In the middle of the Assange case, the Mexican ...
2
Climate protesters in the UK stick themselves to paintings ...
3
FDA temporarily lifts Juul e-cigarette prohibition order
4
Bradford Freeman, the last survivor of 'Band of Brothers,' ...
Filed under China ,  Bio-Weapons ,  Conspiracy Theory ,  Global Times

Most Popular This Week
1
In the middle of the Assange case, the Mexican ...
2
Bradford Freeman, the last survivor of 'Band of Brothers,' ...
3
Hunter Biden and his son join the president on ...
4
Who is Robert 'Bobby' Crimo III ? Shooter at ...
5
Kamala Harris was expected to be in Chicago a ...
6
Hunter Biden celebrates July 4 with his father while ...
7
Top Democrats criticize Pete Buttigieg for not being able ...
8
Mayorkas said this about how well the Biden administration ...
9
A World War II veteran who is 100 years ...
10
US energy companies made fun of Biden's tweet about ...