How psychedelics help you "die before you die"

The dangers of vaccine by press release

Does scent motivate your workouts? The answer could be yes

Darwin was right again—sort of.

All animals adapt to their environment. Even humans, self-isolating animals that we are, are shaped by our surroundings. Every one of us is interdependent with the environment that we inhabit—it shapes us as much as we shape it.

While the Buddhist notion of interdependence dates back roughly 2,500 years, we didn't understand how profoundly the environment affects biology until Charles Darwin. Now one of his theories, long known as the "wind hypothesis," has been shown to be true. It only took 165 years to verify his observations.

To be fair, the wind isn't the only reason increasing numbers of insects no longer grow wings. But as a new study, published in Proceedings of the Royal Society B, shows, the wind is a major factor in this evolutionary decision.

Not that the world is about to be overrun with unwinged critters. Roughly 95 percent of the world's insect population can fly. After boating around coastal Morocco, Darwin noticed something odd on the island of Madeira: many local beetles (his personal passion) were wingless. He suggested flying beetles would have been blown off the island given the strong winds. He then speculated that apterous (un-winged) beetles were better suited for the environment.

The theory commenced with a bit of a bet between Darwin and his friend, geographical botanist Joseph Dalton Hooker, as explained by lead researcher, Rachel Leihy, a Ph.D. candidate at Monash University's School of Biological Sciences:

"He and the famous botanist Joseph Hooker had a substantial argument about why this happens. Darwin's position was deceptively simple. If you fly, you get blown out to sea. Those left on land to produce the next generation are those most reluctant to fly, and eventually evolution does the rest. Voilà." 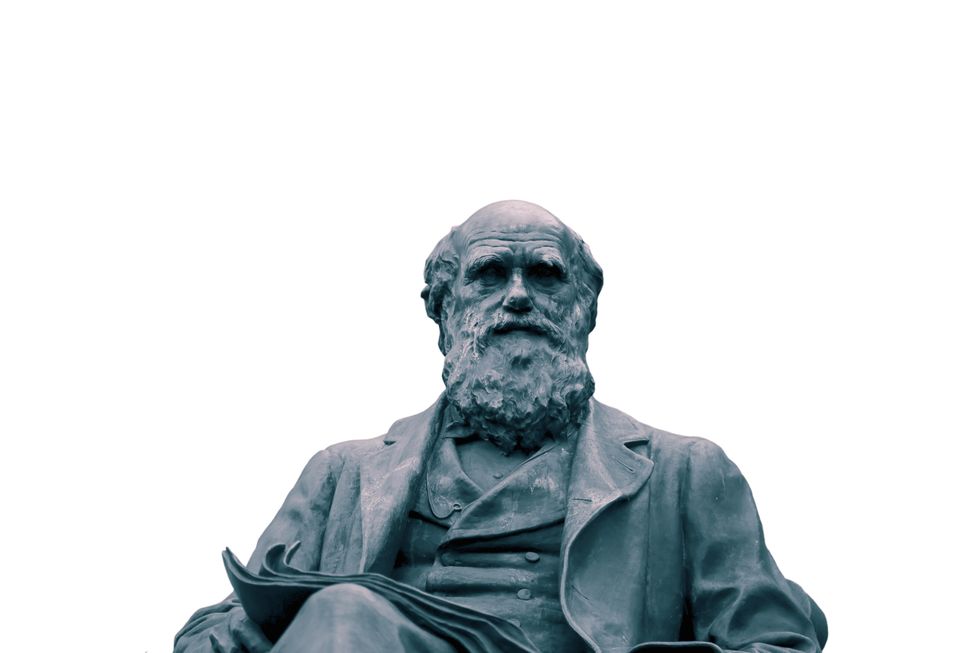 Monash researchers looked at three decades of data on various insect species living in Antarctica and 28 Southern Ocean islands—including Svalbard, Jan Mayen, Ellef Ringnes, Bathurst, and St. Matthew—and discovered a trend: wind (as well as low air pressure and freezing temperatures) made flight nearly impossible to resident insects. They simply didn't have the energetic resources needed to take to the sky. Better to crawl around and scavenge.

Darwin wasn't completely right. He thought the evolutionary adaptations were due purely to wind throwing insects off the island. But nutrition matters too. Flight consumes a ton of energy. The windier it is, the harder insects have to work. Battling a gale requires an inordinate amount of calories. As the team writes,

Still, you have to hand it to the man. During a time when most humans assumed animals were all the result of metaphysical tinkering, Darwin gazed out into nature and connected the dots. His mind has inspired over a century-and-a-half of scientific progress as we continue to build on—and, as this study shows, prove—his theories.

Darwin knew that every animal is the product of its environment, and therefore must respect both its boons and its boundaries. Talk about a lesson we need today. Environments are known to become very hostile to foreign invaders when pushed too hard. Right now, we're courting disaster. Hopefully, we won't wait for evolution to ground our ambitions.