Photography: The week in pictures (October 9-16)

In Bangladesh, after numerous protests calling for justice for victims of sexual violence, the government decided to make rape a capital offense.

In Kenya, the government has just announced the gradual reopening of schools. In Europe, the new outbreak of Covid-19 cases has, on the contrary, prompted several countries to take new restrictive health measures: Northern Ireland has just decided to bring forward and extend the All Saints holiday. 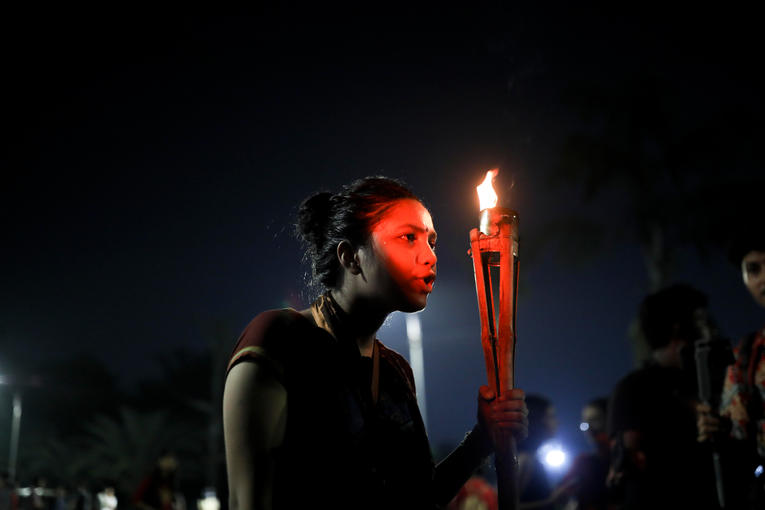 In Nigeria, young people have been rising for ten days against police violence. The anger, which began to resonate on social media on October 3 following the death of a young man after his arrest by a controversial police squad, has grown to a level not seen in a decade in the country.

World tour of the highlights of the week, selected by USA GAG.

More from: USAGAG
1
Only Tim Tebow remains after the NFL removes all ...
2
In this explosive film, Robert Pattinson battles an unrecognizable ...
3
There will be a 60% increase in crypto-ATMs by ...
4
Following its listing on the South Korean exchange, the ...
Filed under Photography ,  Bangladesh

Most Popular This Week
1
The tycoons of Big Tech must be dethroned
2
Facebook is in the crosshairs of the Trustbusters, despite ...
3
Mark Zuckerberg spent $419M on nonprofits ahead of 2020 ...
4
Biden Plan Would Sabotage US Economic Competitiveness in One ...
5
'If we’re not careful, we’re going to spend this ...
6
Why is Dollar Tree Raising Prices after 35 Years?
7
Following its listing on the South Korean exchange, the ...
8
Bitcoin price today: Bitcoin Exceeds $60,000 Due to US ...
9
Russian warship chases $1billion American destroyer the USS Chafee
10
Congress should use the current tax revenue gusher to ...