The world in 2030 will have 'no privacy and no property'

The world in 2030 will have 'no privacy and no property'

The World Economic Forum and its related institutions in combination with a handful of governments and a few high-tech companies want to lead the world into a new era without property or privacy.

Fifty years ago, the World Economic Forum (WEF) began. It has become one of the most important places to think about and plan for the future as it has grown in popularity over the years. As a place for the world's most powerful people to get together, the WEF brings together business and political leaders as well as a few chosen intellectuals. The main goal of the forum is to control the world. State interventionism and collectivism are more important than free markets and individual choice. According to projections and scenarios from the World Economic Forum, individual freedom and private property will no longer exist on this planet by 2030. 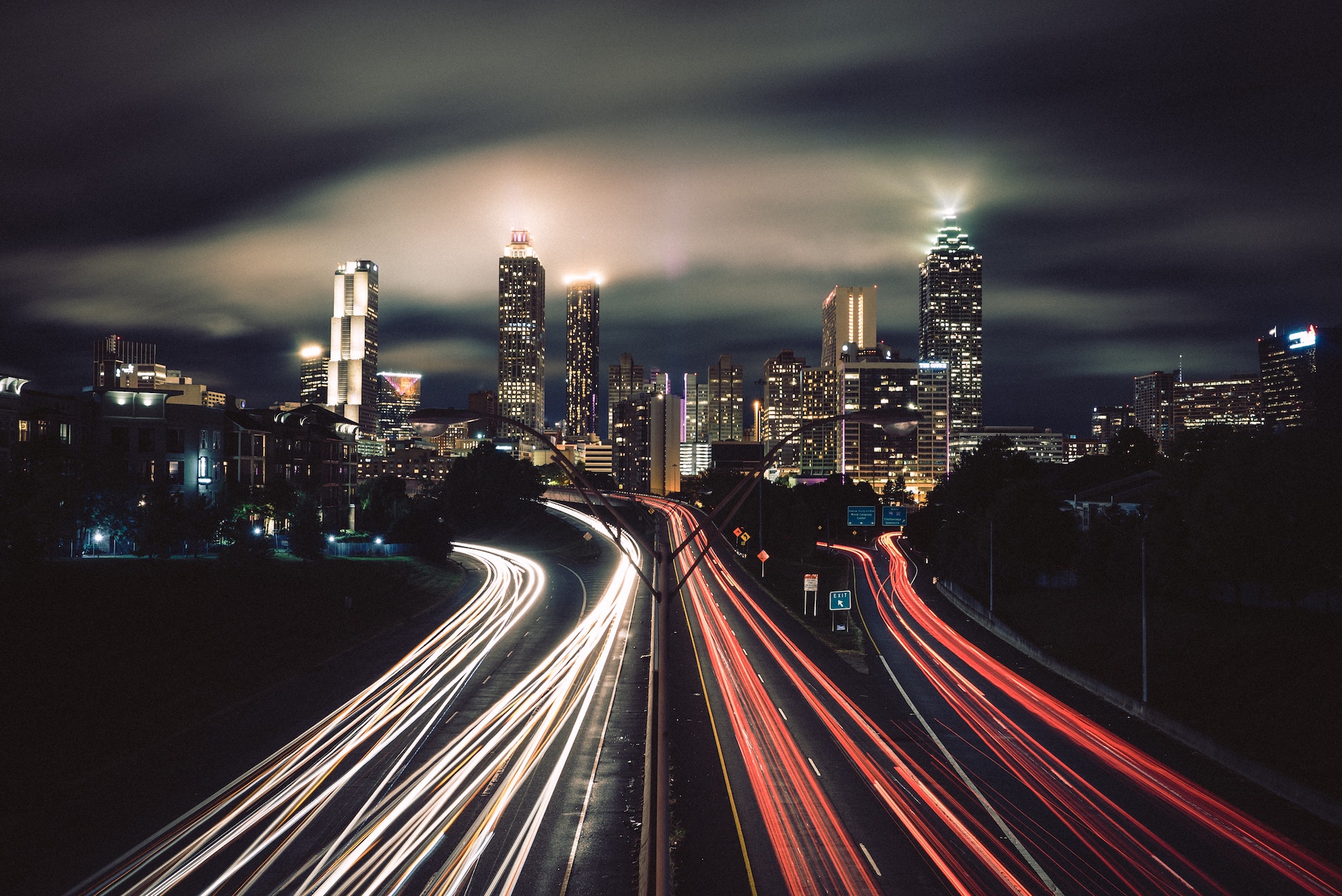 Again, the freedom of each person is in danger. In November 2016, the WEF published "8 Predictions for the World in 2030," which looked at what might happen in the future. According to the WEF's plan, the way people work and live will change in a big way in the future. This will make the world a very different place. The world in 2030 scenario is more than just a prediction. Since the news of a pandemic and the lockdowns that followed, the plan has been put into action much more quickly.

The "Global Future Councils" of the WEF think that private property and privacy will no longer exist in the next ten years. Even though communists want to get rid of private ownership of production goods, the coming expropriation would go even further than that. The WEF says that consumer goods would also no longer be owned privately.

If the WEF's prediction comes true, people would have to rent and borrow everything they need from the government, which would own everything. A system of social credit points would be used to limit the amount of goods that could be bought. Shopping as we know it and buying things privately would no longer be possible. Everyone's movements would be tracked electronically, and all production would have to meet standards for clean energy and a healthy environment.

In order to have "sustainable agriculture," most of the food will be plant-based. In the new totalitarian service economy, the government will take care of basic housing, food, and transportation, and the rest will have to be borrowed from the state. There will be as little use of natural resources as possible. With the help of a few key countries, a global agency would set a very high price for CO2 emissions to discourage its use.

In a promotional video, the World Economic Forum says the following about each of the eight predictions:

Danish eco-activist Ida Auken, who was her country's minister of the environment from 2011 to 2014 and is still a member of the Danish Parliament (the Folketing), wrote a piece for the World Economic Forum about a world without privacy or property. In "Welcome to 2030," she imagines a world where "I own nothing, I have no privacy, and life has never been better." Her scenario says that by 2030, shopping and owning won't be necessary because everything that used to be a product is now a service.

In her new, perfect world, people have free access to transportation, housing, food, and "everything we need to live a normal life."

Since these things will soon be free, "it didn't make sense for us to own much," she said.

” No one would own a house, and no one would pay rent, "because someone else is using our free space when we don't need it." When a person isn't home, their living room might be used for a business meeting. Concerns like "lifestyle diseases, climate change, the refugee crisis, environmental degradation, completely crowded cities, water pollution, air pollution, social unrest, and unemployment" are things of the past. The author thinks that people will be glad to have a life that is so much better "than the path we were on, where it was clear that we couldn't keep growing in the same way." 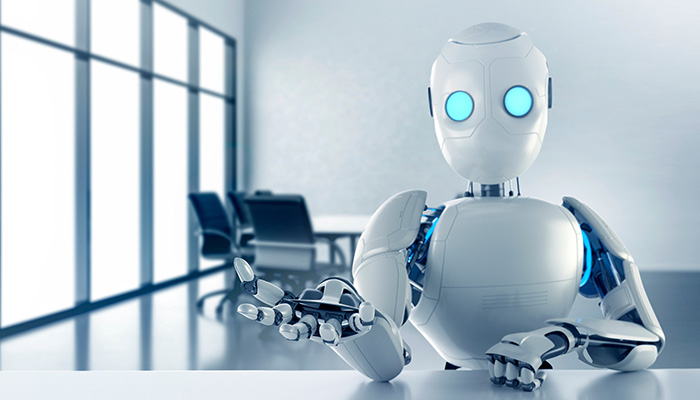 Ida Auken predicts how the world might look in the future "if we win the war on climate change" in her 2019 contribution to the Annual Meeting of the Global Future Councils of the World Economic Forum. By 2030, when CO2 emissions will have been greatly cut, meat on dinner plates "will be a rare sight" and the air and water will be much cleaner than they are now. People will no longer need to have money because they will spend less and less on goods as they use more and more services. Work hours will get shorter, and free time will get longer.

Auken imagines a city in the future where electric cars have replaced cars that run on gasoline. Most of the roads and parking spots will have turned into green parks and places where people can walk. By 2030, most of the food that comes from agriculture will come from plants instead of meat and dairy products. The amount of land used to grow food for animals will go down a lot, and nature will grow back all over the world.

How can people be made to agree to something like this? The promises of full healthcare and a guaranteed basic income are used to get people to join. The people who back the Great Reset say that it will make the world free of diseases. People say that biotechnology-made organs and personalized medical treatments based on genetics could lead to a much longer life span or even immortality. Death, disease, and death will all be eliminated by artificial intelligence. Biotech companies are in a race to find the secret to living forever.

The promise of a "universal basic income" is very appealing, especially to those who won't be able to find a job in the new digital economy. To get the poor's support, they are told that they can get a basic income without having to go through the hassle and shame of applying for social aid.

For a guaranteed basic income to be financially possible, wage differences would have to be evened out. The technical steps of how the government sends money will be used to push for a cashless society. When all money transactions are done electronically, each purchase will be recorded. Because of this, the government would be able to keep an eye on how each person spends their money in every detail. In a society without cash, a universal basic income would make it possible to implement a social credit system, which would make it possible to punish bad behavior and find people who aren't needed or wanted.

Who Will Be the Rulers?

Who will rule in this new world is not talked about at the World Economic Forum.

There's no reason to think that the new people in charge will be kind. But even if the people at the top of the new world government weren't mean and were just technocrats, what reason would an administrative technocracy have to keep the people it doesn't want around? Why would a technocratic elite want to make the average person into a superman? Why should everyone get to enjoy the benefits of artificial intelligence? Why not keep the wealth for a select few?

Even if you ignore the utopian promises, a realistic look at the plans must lead you to the conclusion that the average person would have no place in this new world and would be locked up with the "unemployed," "weak-minded," and "ill-bred."

Behind the proponents of the Great Reset and the creation of a new world order, who talk about social justice as a progressive gospel, is the sinister project of eugenics, which is now called "genetic engineering" as a technique and "transhumanism" as a movement. Julian Huxley, the first director of UNESCO, came up with the term "transhumanism."

The people who are behind the project won't say who will run this new world. Because free capitalism is not accepted, these plans and projections are dystopian and based on group work. Setting up a dictatorship to make the world better doesn't make sense. The answer to the problems we have now is not less economic growth but more. So, we need more free markets and less planning by the government. The world is getting greener, and the rate of population growth is already slowing down. These changes are a natural result of how wealth is made in free markets.

Together with a few governments and a few high-tech companies, the World Economic Forum and its related institutions want to lead the world into a new era without property or privacy. Values like individualism, freedom, and the pursuit of happiness are at risk of being rejected in favor of collectivism and the imposition of a "common good" that is defined by the self-proclaimed elite of technocrats. What the public is told will bring equality and protect the environment is actually a brutal attack on human dignity and freedom. The Great Reset doesn't want to use new technologies to make things better. Instead, it wants to use them to make people slaves. In this new world order, everything belongs to the government. Who will write the code for the algorithms that handle the distribution of goods and services is up to our imaginations.

More from: USAGAG
1
Thermodynamics, Natural Gas, and Electricity
2
Brain research indicates that quantum entanglement is essential for ...
3
The government will make you even poorer
4
Just say no to the new war that won't ...
Filed under world in 2030 ,  World Economic Forum ,  WEP