What happens when simulation theory is more than just a fun way to think about things?

More On: A Glitch in the Matrix

What happens when simulation theory is more than just a fun way to think about things?

Are you living in a computer simulation?

Probably, if you've spent enough time online, you've seen this question. It could have been in one of the many articles written about simulation theory. People on Twitter liked to say things like "we're living in the worst simulation" and "what a strange timeline we're living in" during the chaos of 2020. Or maybe you saw that video of Elon Musk saying at a tech conference that the chance that we are not living in a simulation is "one in billions."

It might make no sense. But the simulation theory isn't just supported by Twitter memes and lines from "The Matrix." It also has some clear arguments to back it up. Nick Bostrom, a philosopher at Oxford University, wrote a paper in 2003 that said at least one of the following is true:

The basic idea: Considering that computers are growing exponentially powerful, it’s reasonable to think that future civilizations might someday be able to use supercomputers to create simulated worlds. These worlds would probably be populated by simulated beings. And those beings might be us.

In his new documentary "A Glitch in the Matrix," director Rodney Ascher takes viewers down the rabbit hole of simulation theory. He looks at the philosophical ideas behind it and tells the stories of a few people for whom it has become a way of life.

In the movie, for example, a man named Brother Laeo Mystwood talks about how a series of strange events and coincidences, which he calls "glitches in the matrix," led him to think that the world is a computer simulation. Paul Gude, another person who was interviewed, said that his turning point was when he was a child and was watching people sing at a church service. He said that the "absurdity of the situation" made him realize that "none of this is real."

But some people have darker feelings when they find out the world is a simulation. For example, if you think you're in a simulation, you might also think that some other people in the simulation are less real than you. Some of the people in the film talk about the idea that other people are "chemical robots" or "non-player characters," which is a term from video games for characters who follow rules.

The story of Joshua Cooke is one of the most disturbing parts of the documentary. In 2003, "The Matrix" became Cooke's obsession. At the time, he was 19 years old and had not been diagnosed with a mental illness. He thought he was living in a computer game. On a night in February, he used a shotgun to kill his adoptive parents. The murder trial gave rise to what is now known as the "Matrix defense." This is a version of the insanity defense in which a defendant says they couldn't tell the difference between reality and a simulation at the time they did something wrong.

A key question in simulation theory, like in religion, is who made the simulation and why.

“If this is a simulation, there’s sort of a half dozen different explanations for what this is for,” Ascher told Big Think. “And some of them are completely opposite from one another.”

To learn more about simulation theory and those who believe in it, we spoke to Ascher about “A Glitch in the Matrix”, which premiered at the 2021 Sundance Film Festival and is now available to stream online. (This interview has been lightly edited for concision and clarity.)

Throughout 2020, many people seemed to talk about the world being a simulation, especially on Twitter. What do you make of that?

I just see that as a sign of how far the idea of simulation theory has spread in our society. I'm addicted to Twitter. Every day, something strange happens in the news, and people make jokes like, "This simulation isn't working" or "What am I doing in the dumbest possible timeline?"

I like having those talks. Two things about them, though: On the one hand, simulation theory is a way for them to blow off steam, right? "Well, this world is so crazy, maybe that's why," or "Maybe it doesn't matter that much in the end because this isn't the real world." 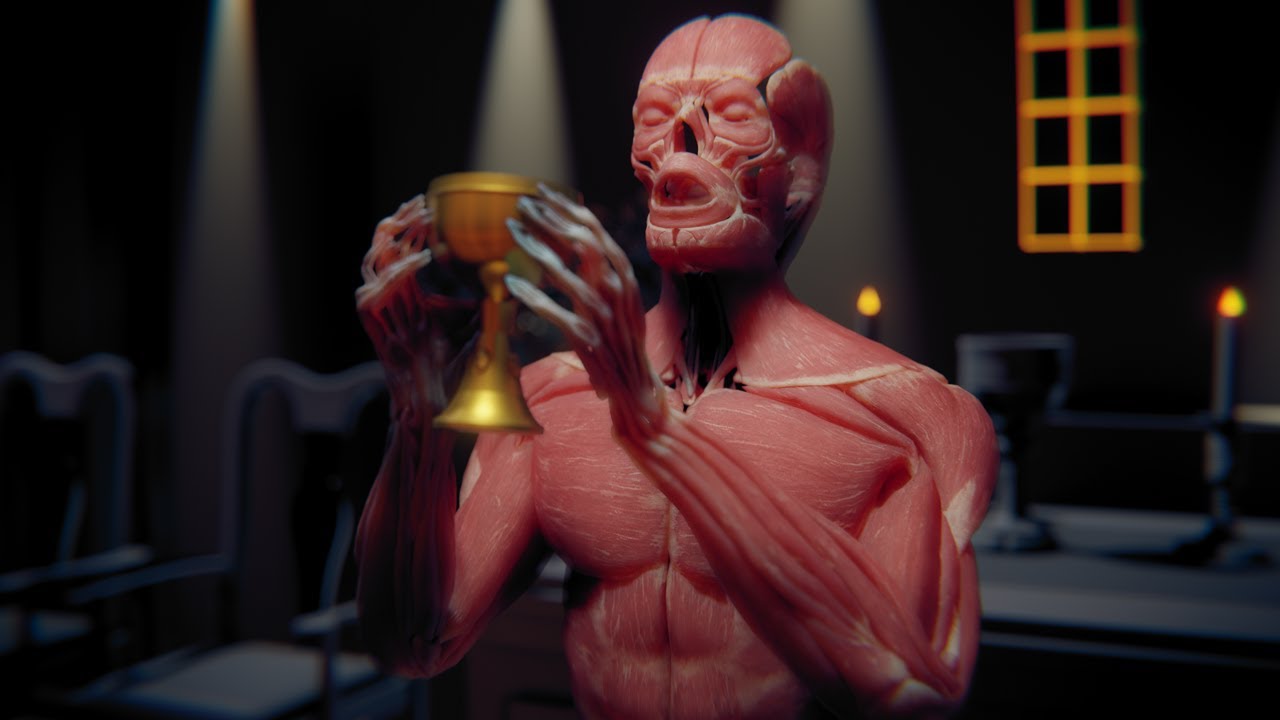 How do you view the connections between religious ideas and simulation theory?

I kind of went into making the movie thinking that a big part of it would be talking about the science. And people went to, you know, religious and moral places very quickly.

When I talked to Erik Davis, who wrote a book called "Techgnosis" about how religion and technology are coming together, I think that's when I understood that link the best. He wanted to make it clear that, from his point of view, simulation theory was like a 21st-century take on some very old ideas.

It's a bit of a stretch to say that religion and simulation theory are the same thing. […] You could say that if simulation theory is right and we really are in a digitally created world, people in the past wouldn't have had the words for that.

So, they would have talked about magic. But at the same time, if those are two different, but similar, ways to explain how the world works, I think one of the interesting things is that each one suggests something different about the person who made the world.

In one religious tradition, the creator is a supernatural being who can do anything. But according to simulation theory, it could be a fifth-grader who has access to a very powerful computer.

How did your views on simulation theory change since you started working on this documentary?

I think the thing that has changed my mind the most about simulation theory is how powerful it is as a metaphor for understanding the world as it is right now, without having to take it literally.

Emily Pothast talked about Plato's cave as an early thought experiment that is similar to simulation theory. She goes on to talk about how, in America in the 21st century, the shadows we see of the real world are much more clear. We all get our news from the same sources, and they all show us the same things about the real world.

But there's a chance that the ones you're seeing aren't accurate. This could be due to signal loss from honest mistakes made by journalists or intentional distortion by someone with an agenda. Either way, it leads to a really interesting idea about the fake, simulated world that each of us creates and then lives in based on our upbringing, our biases, and what we see in the media. I sometimes have to stop and think about that.

Do you see any connections between mental illness, or an inability to empathize with others, and some peoples’ obsession with simulation theory?

It can certainly lead to strange, obsessive thinking. [Laughs] For some reason, I feel like I have to defend [people who believe in simulation theory], or qualify it. But you can get into the same sort of non-adaptive behavior obsessing on, you know, the Beatles or the Bible, or anything. [Charles] Manson was all obsessed on “The White Album.” He didn’t need simulation theory to send him down some very dark paths.

Why do you think people are attracted to simulation theory?

And despite the cautionary tales that come up in the film, I’ve had a huge amount of fascinating social conversations with people because of my interest in simulation theory, and I imagine it’s true about a lot of people who spend a lot of time thinking about it. I don’t know if they all think about it alone, right? Or if it’s something that they enjoy talking about with other people. 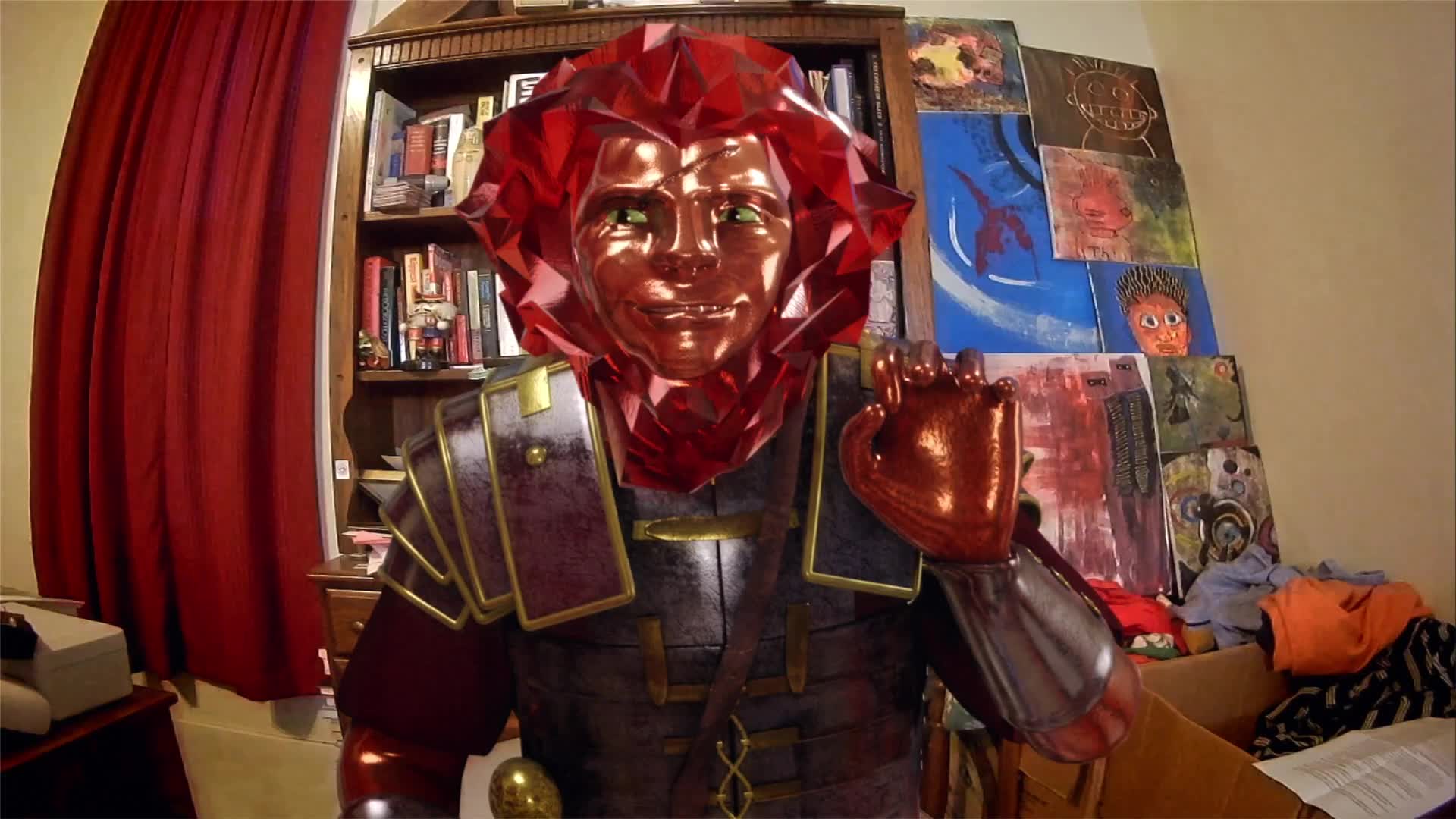 If technology became sufficiently advanced, would you create a simulated world?

It’d be very tempting, especially if I could add the power of flight or something like that [laughs]. I think the biggest reason not to, and I just saw this on a comment on Twitter yesterday, and I don’t know if it had occurred to me, but what might stop me is all the responsibility I’d feel to all the people within it, right? If this were an accurate simulation of planet Earth, the amounts of suffering that occurs there for all the creatures and what they went through, that might be what stops me from doing it.

If you discovered you were living in a simulation, would it change the way you behave in the world?

I think I would need more information about what the nature of the purpose of the simulation is. If I found out that I was the only person in a very elaborate virtual-reality game, and I had forgotten who I really was, well then I would act very differently then I would if I learned this is an accurate simulation of 21st-century America as conceived by aliens or people in the far future, in which case I think things would stay more or less the same — you know, my closest personal relationships, and my responsibility to my family and friends.

Just that we’re in a simulation isn’t enough. If all we know is that it’s a simulation, kind of the weirdness is that that word “simulation” starts to mean less. Because whatever qualities the real world has and ours doesn’t is inconceivable to us. This is still as real as real gets.

More from: USAGAG
1
Thermodynamics, Natural Gas, and Electricity
2
Brain research indicates that quantum entanglement is essential for ...
3
The government will make you even poorer
4
Just say no to the new war that won't ...
Filed under A Glitch in the Matrix ,  Matrix ,  computer simulation