The Lost Years of Nabonidus, the Neo-Babylonian Empire's Last King

From 556 to 539 BC, Nabonidus was the final ruler of the Neo-Babylonian Empire. He ascended to the throne following the killing of Labashi-Marduk, the boy-king, who was killed in a plot barely nine months after his inauguration.

Although it is unknown if Nabonidus was involved in his killing, he was quickly appointed as the next king. Nabonidus was gone from his throne for several years, spending his time in the Arabian oasis of Tayma. His extended absence is still a source of debate, with ideas ranging from sickness to psychosis to a fascination with religious archaeology.

Nabonidus is portrayed as a royal abnormality in most ancient chronicles. Nabonidus' mother was said to be a priestess of the moon deity Sîn, to whom he was extraordinarily and passionately devoted. The priests of the Babylonian principal deity, Marduk, slandered Nabonidus as king. This is thought to have been triggered by Nabonidus' open devotion to Sîn and his neglect of the city's big New Year's event. 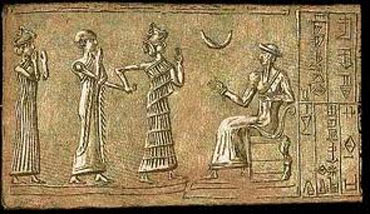 Seal of the high priest of the moon god Sin, dating to 2100 B.C.E. Nabonidus' devotion to Sin was highly unusual, in that Marduk had been the chief god of Babylon for several centuries. Image source: New World Encylopedia .

After victorious operations in Edom and Cilicia (modern Turkey), Nabonidus fled Babylon and settled in the lush desert oasis of Tayma (Temâ) in Arabia, only to return after many years. Meanwhile, Belshazzar, his son, governed from Babylon. Nabonidus returned to the city in time to command his soldiers against Cyrus the Great's advancing forces in Persia. In 539 BC, Nabonidus surrendered to Persian soldiers and was permitted to live out the rest of his life in relative freedom. His reign marked the start of the Persian Empire as well as the end of the Jews' Babylonian exile.

But what happened during Nabonidus' lost years? Why did he flee the city he was in charge of? And what did he do in Tayma throughout his stay? 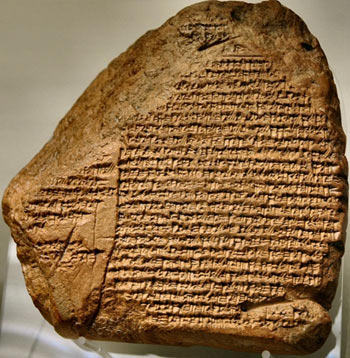 The Nabonidus Chronicle (c 4 th – 1 st century BC) tells the story of the rule of Nabonidus. Credit: British Museum

During his battle against Edom, Nabonidus is said to have developed an interest in Tayma. Tayma was an important oasis from which to dominate rich Arabian trade routes. However, it is unknown why Nabonidus stayed for so long—roughly 10 years, from around 553-543 BC.

One idea is that he didn't feel at ease in Babylon, the hub of Marduk worship, where he was expected to conduct public ceremonies commemorating Marduk's religion during the annual New Year's festival. The monarch was forced to submit himself to Marduk in front of the high priest on the fifth day of the festival, who would temporarily deprive him of his crown and royal insignia, only to return them when the king pleaded for forgiveness and got a harsh smack in the face from the priest. Furthermore, on the eighth day, the king had to entreat all the gods to support and respect Marduk, an act that Nabonidus may have found intolerable if he was committed to Sin as supreme. 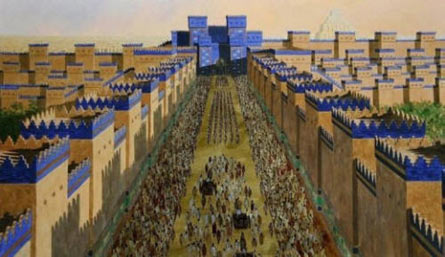 Some speculate that Nabonidus was drawn to Tayma because it was an archaeological site where he may unearth religious writings or predictions relevant to his spiritual search.

Another hypothesis is that the monarch became critically ill and sought treatment at the Tayma oasis. A passage known as the Prayer of Nabonidus in the Dead Sea Scrolls claims that Nabonidus suffered from an ulcer, forcing him to withdraw from civilization and remain in Tayma until he was healed by a Jewish exorcist after praying to the Hebrew God:

I, Nabonidus, was afflicted with an evil ulcer for seven years, and far from men I was driven, until I prayed to the most high God. And an exorcist pardoned my sins. He was a Jew from among the children of the exile of Judah… During my stay at Tayma, I prayed to the gods of silver and gold, bronze and iron, wood, stone and lime, because I thought and considered them gods….

This narrative might explain a perplexing dilemma in Daniel's Book, where the ruler in question is named Nebuchadnezzar. This Nebuchadnezzar's son, on the other hand, is named Belshazzar, which was the name of Nabonidus' son, who reigned in his place while Nabonidus was at Tayma. It's possible that the Book of Daniel mistook Nabonidus for Nebuchadnezzar. Daniel, on the other hand, refers to the king's condition as a form of lunacy rather than an ulcer, saying: "He was exiled from society and forced to eat grass like animals. His body was showered in heaven's dew till his hair grew like eagle feathers and his nails grew like a bird's claws " (Daniel 4:33).

Nabonidus embellished the oasis with a whole royal complex during his time in Tayma, the majority of which has been discovered during recent excavations. The danger posed by Cyrus and escalating differences with Belshazzar, who was stripped of leadership along with a number of bureaucrats shortly after Nabonidus arrived, may have prompted Nabonidus' return to Babylon. According to the Nabonidus Chronicle, the monarch did indeed celebrate the New Year event in Nabonidus' last year. 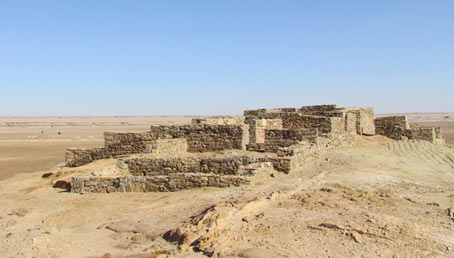 Cyrus, Nabonidus' successor, put an end to the Neo-Babylonian Empire and began Persia's supremacy. Cyrus' policy of returning religious items and priests to their original sanctuaries rapidly spread throughout the empire's western territories, allowing Jews to return to Jerusalem with their holy vessels and begin reconstructing the Temple. As a result, the end of Nabonidus' reign also marks the start of the Persian Empire and the end of the Babylonian exile of the Jews.

The article ‘The Lost Years of Nabonidus, Last King of the Neo-Babylonian Empire’ is adapted from the article: Nabonidus. (2008, October 22). New World Encyclopedia .

More from: USAGAG
1
Facebook's doomed cryptocurrency effort is almost certainly coming to ...
2
Defending Taiwan is an admirable objective. But are we ...
3
Is China intending to poison international competitors during the ...
4
China secretly purchased a stake in an Italian drone ...
Filed under Nabonidus ,  Neo-Babylonian