Amid all the turmoil 2020 has brought us (and it's not over yet), is there suddenly news that human aging has been reversed? Scientists from Israel carried out a study that might prove groundbreaking in the human quest to slow the biological march of time. Researchers used oxygen treatments in hyperbaric chambers to stop blood cells from aging, actually making them grow younger.

The scientists devised a novel program that uses high-pressure oxygen in a pressure chamber to reverse two key processes that stem from aging. They were able to counteract the shortening of telomeres, which are protective regions at the ends of every chromosome, and the body's aggregation of old and poorly-functioning cells.

As we get older, our cells continue to divide, while the telomeres keep getting shorter. If they become too short, the cells stop replicating (becoming "senescent") and eventually die. This results in genetic aging. Analyzing the study participant immune cells, the researchers saw a lengthening in 38% of the telomeres, while the senescent cells decreased by 37%. This is similar to the cellular state of their bodies 25 years earlier, the researchers noted. 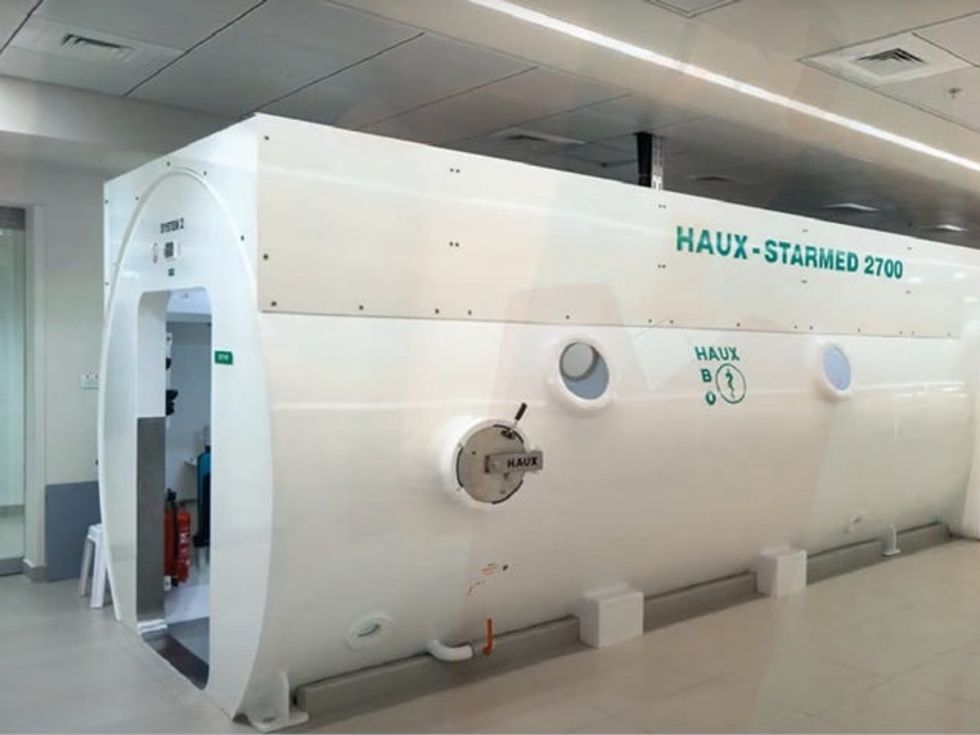 ​The pressurized chamber involved in the study.

The study involved 35 healthy people over 64 years old, who underwent 60 hyperbaric sessions in 3 months. With the air pressure in the chamber twice that of normal, the subjects would breathe pure oxygen, saturating their blood and bodily tissues.

The research team was led by Professor Shai Efrati from Tel Aviv University, who is also the Founder and Director of the Sagol Center of Hyperbaric Medicine at the Shamir Medical Center, as well as Dr. Amir Hadanny, the Sagol Center's Chief Medical Research Officer.

In a press release, Professor Efrati explained that their team has been working on hyperbaric research and therapy for many years, looking to develop treatments based on exposing patients to varying concentrations of high-pressure oxygen. One of their achievements was in improving aging people's brain functions. The current study was focused on seeing if the aging process could be slowed down at the cellular level in healthy adults.

"Today telomere shortening is considered the 'Holy Grail' of the biology of aging," Professor Efrati elaborated. "Researchers around the world are trying to develop pharmacological and environmental interventions that enable telomere elongation. Our HBOT protocol was able to achieve this, proving that the aging process can in fact be reversed at the basic cellular-molecular level."

Dr. Hadanny added that, previously, lifestyle changes and a great deal of exercise was required to achieve some impact on the shortening of telomeres. But in their "pioneering" study, "only three months of HBOT were able to elongate telomeres at rates far beyond any currently available interventions or lifestyle modifications."

While more research is required to expand upon these results, you can check out the promising study published in the journal Aging.