Recent American Presidents have all faced a crisis of legitimacy in a trend that threatens the health of our democracy.

The election of 2020 concluded like Donald Trump's ascent to power began – with claims over legitimacy. In fact, the last five American Presidents have been labeled "illegitimate" by their opponents, demonstrating a growing and dangerous trend that threatens bedrock principles of our democracy.

Bill Clinton's 1992 victory came as a result of a three-way race between him, George H.W. Bush, and the third-party candidate Ross Perot. Garnering 43% of the popular vote, Clinton's support in the country seemed low, especially in light of the fact that Republicans blamed Ross Perot for siphoning off votes that their candidate could have received. As a result, Republican leaders at the time like Bob Dole proclaimed that Clinton did not have a mandate to enact his legislative agenda, hinting at his lack of true legitimacy.

This kind of sentiment led to much opposition to what was perceived as Clinton's liberal agenda, placing gay people in the military, raising taxes and attempting to fix the healthcare system. The Republican opposition coalesced in the Gingrich Revolution of 1994 and culminated in the impeachment hearings of Clinton's second term. 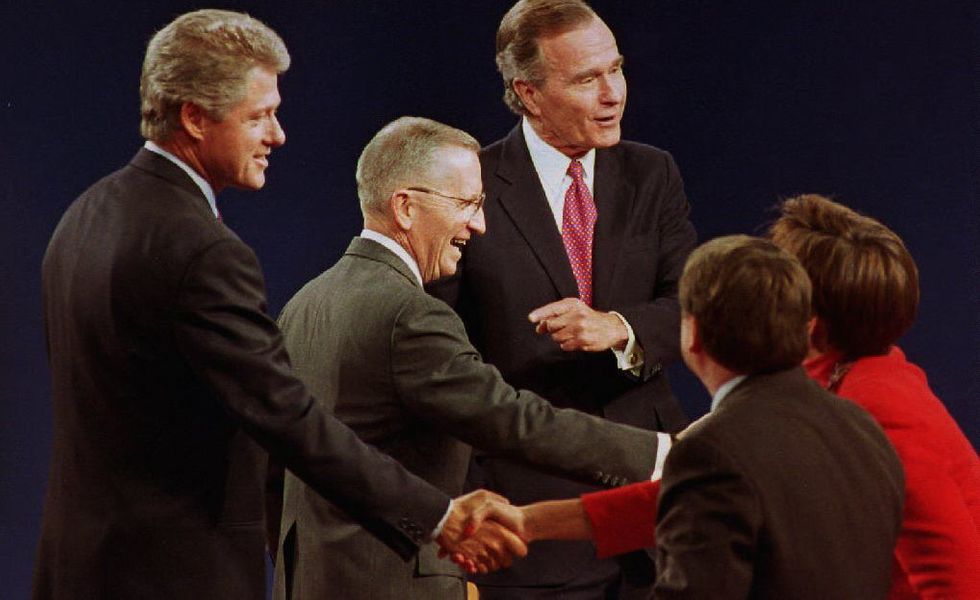 The 2000 election brought issues of legitimacy to the contest between Clinton's successor George W. Bush and Al Gore. Bush received fewer votes in the national count and won as a result of a Supreme Court decision after a wait of several weeks. The infamous Bush v. Gore decision stopped a recount of Florida votes, giving the state to Bush by just a few hundred votes. A later analysis revealed that a full statewide recount could have netted Gore the victory. As such, a perception of illegitimacy followed Bush (at least until 9/11).

Who was calling for Bush's impeachment at the time, for getting the U.S. involved in the Iraq War under false pretenses (lack of WMDs)? None other than Donald Trump, who revealed how he thought Clinton's impeachment was a total overreach compared to the fact that Bush got off scot-free for pulling America into a war it didn't need to fight. 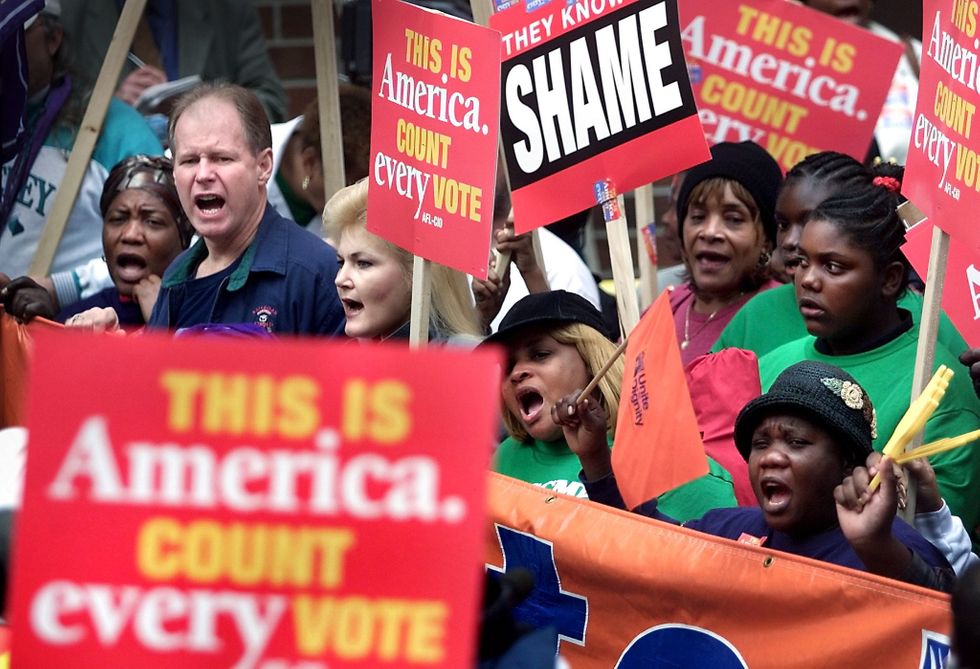 Supporters of Democratic presidential candidate and vice president Al Gore march to the Florida State Capitol to rally against the Florida legislature. 2000.

Trump, of course, is also the one who then turned around and for years questioned the right of the next President, Barack Obama, to have such a position. Trump was the most high-profile "birther", pushing the completely unfounded conspiracy that Obama wasn't a real American and was, in fact, born in Kenya.

Who else spread such theories? It's worth noting that Hillary Clinton supporters were known to circulate chain emails with similar Kenya-oriented claims about Obama's origins. 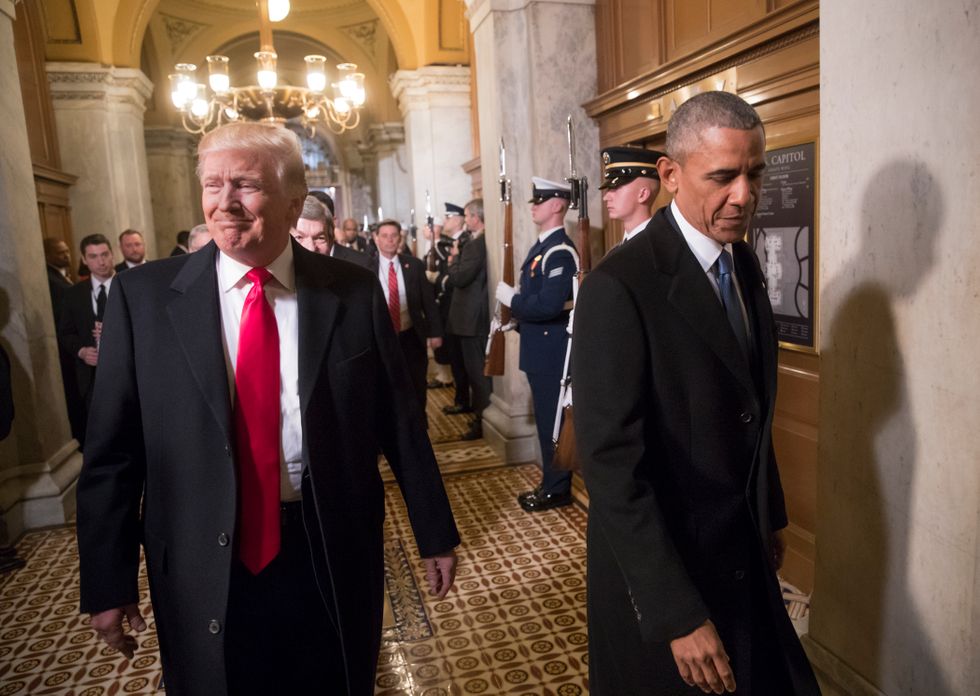 In his turn at the helm, Donald Trump's 2016 victory over Hillary Clinton was plagued strongly by the notion that he received help from foreign powers and didn't win fair and square. The Mueller investigation into his potential collusion with Russia found much that indicated exactly that but didn't go as far as to charge him. Still, harkening to the clear-cut conclusions of various investigative and spy agencies, Democrats generally saw a major asterisk around Trump's election, with Hillary Clinton and Rep. John Lewis, flat-out calling him an "illegitimate" President.

The nearly two decades of political behavior that saw an escalation of legitimacy attacks against the country's most powerful elected leader bring us to 2020, with another crisis in the making courtesy of Trump. With no evidence to back it up, the President has been claiming that the election has been stolen from him in favor of Joe Biden. While his arguments haven't found much support among the courts, Trump continues to make the claim, both to continue the fight and to weaken his opponent even if Biden does claim the Presidency. 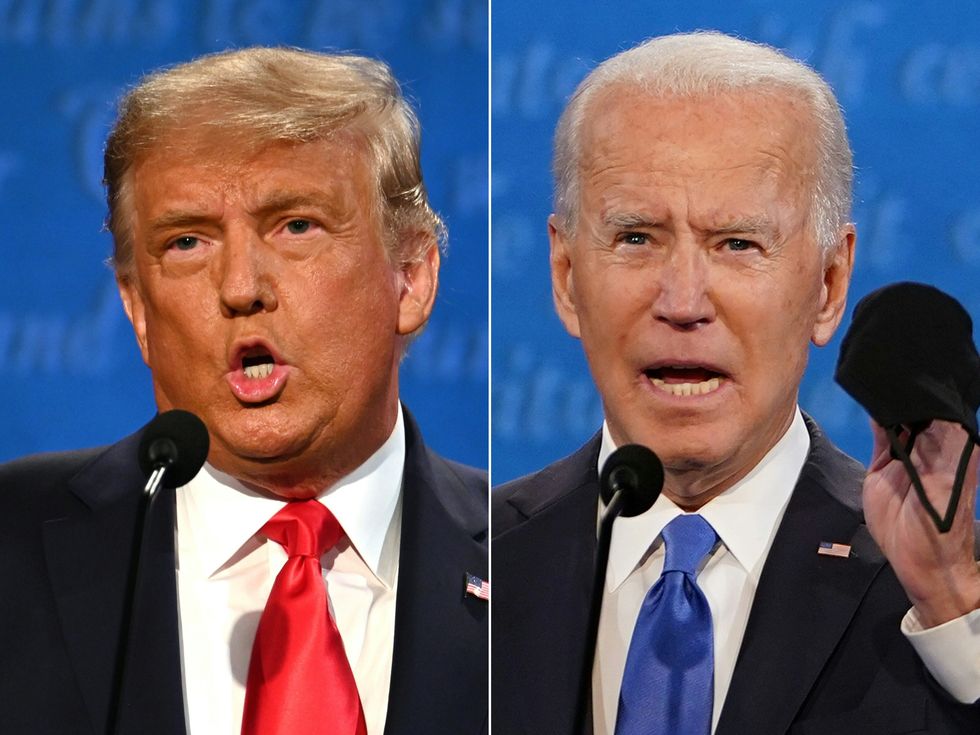 This combination of pictures from October 22, 2020 shows US President Donald Trump and now President-elect Joe Biden during the final presidential debate.

Where does this leave the country, with each subsequent election creating a deep polarization and disappointing half the country to the point where they simply don't believe the other side and feel cheated? Nowhere good. Professor of Journalism Andrés Martinez described the situation aptly in 2017, in a way that resonates even louder today when we face a continuation of this sad trend:

"It's desirable, and quintessentially American, to strenuously oppose policies and ideas we disagree with," wrote Martinez in Washington Post. "But the haste of recent years to delegitimize opponents, and to call them un-American, is itself un-American. It leaves us with a bankrupt, even illegitimate, politics, devoid of shared narratives, aspirations, values and, increasingly, facts."

Martinez's prescience that facts will fall soundly at the expense of political ambitions is exactly where we find ourselves. The once-collegial chambers of government rife with unbreakable gridlock and loud accusations of misdeeds by opponents that your side doesn't even need to prove any more. A country where half the people feel the leader is illegitimate yet again but with much more anxiety and anger than ever before. A country tearing itself apart.