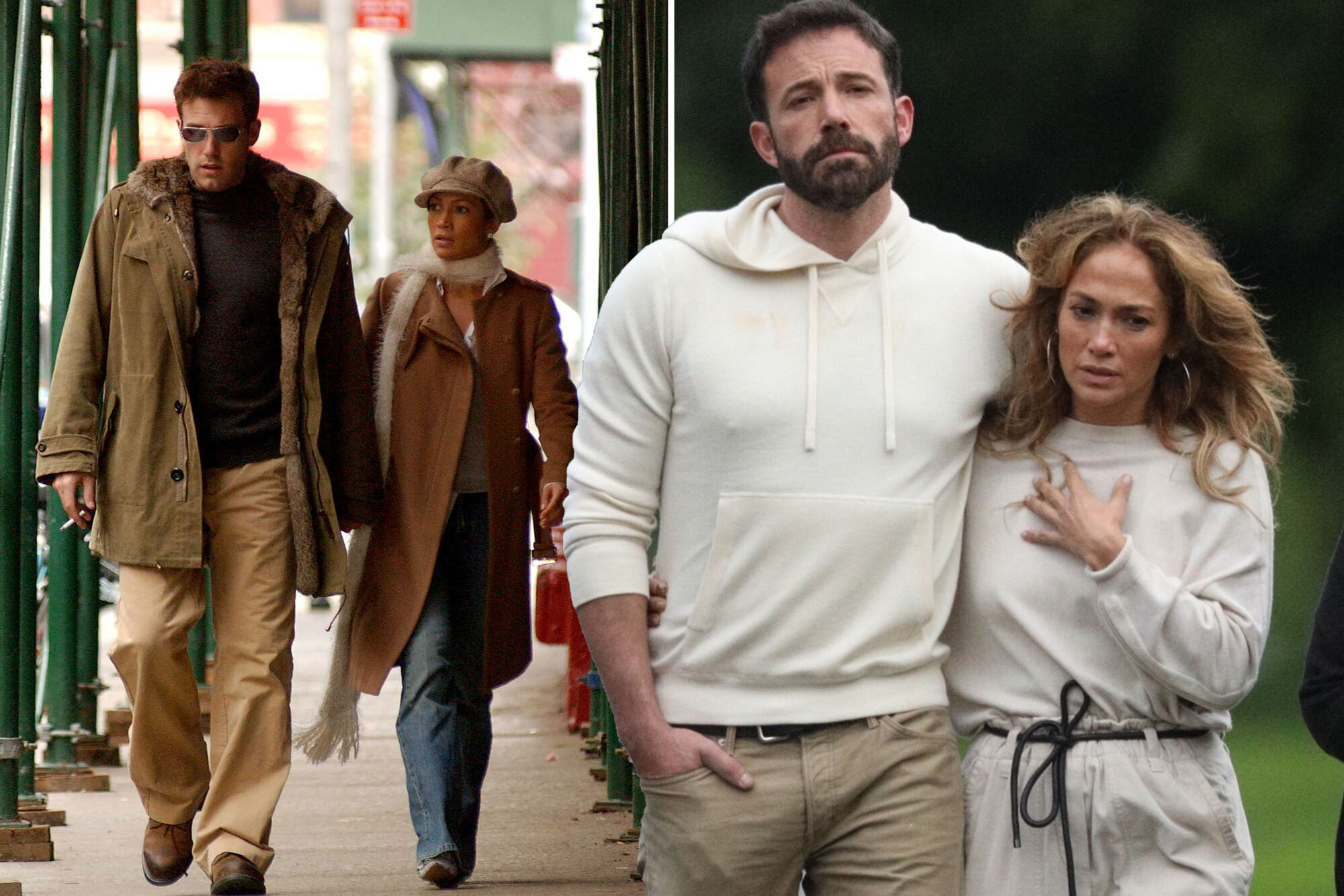 Back in the early 2000s, Ben Affleck and Jennifer Lopez were one of Hollywood's best-dressed power couples, capturing our hearts with their perfectly coordinated street style looks.

And in the weeks since the dawn of Bennifer 2.0, it's clear the two superstars haven't lost their fashion flair. While they have yet to walk a red carpet together -- fingers crossed for awards season! -- they've been snapped sporting likeminded attire in Miami, Manhattan and the Mediterranean this summer.

Here, take a look at their best matching moments through the years.
Getty Images 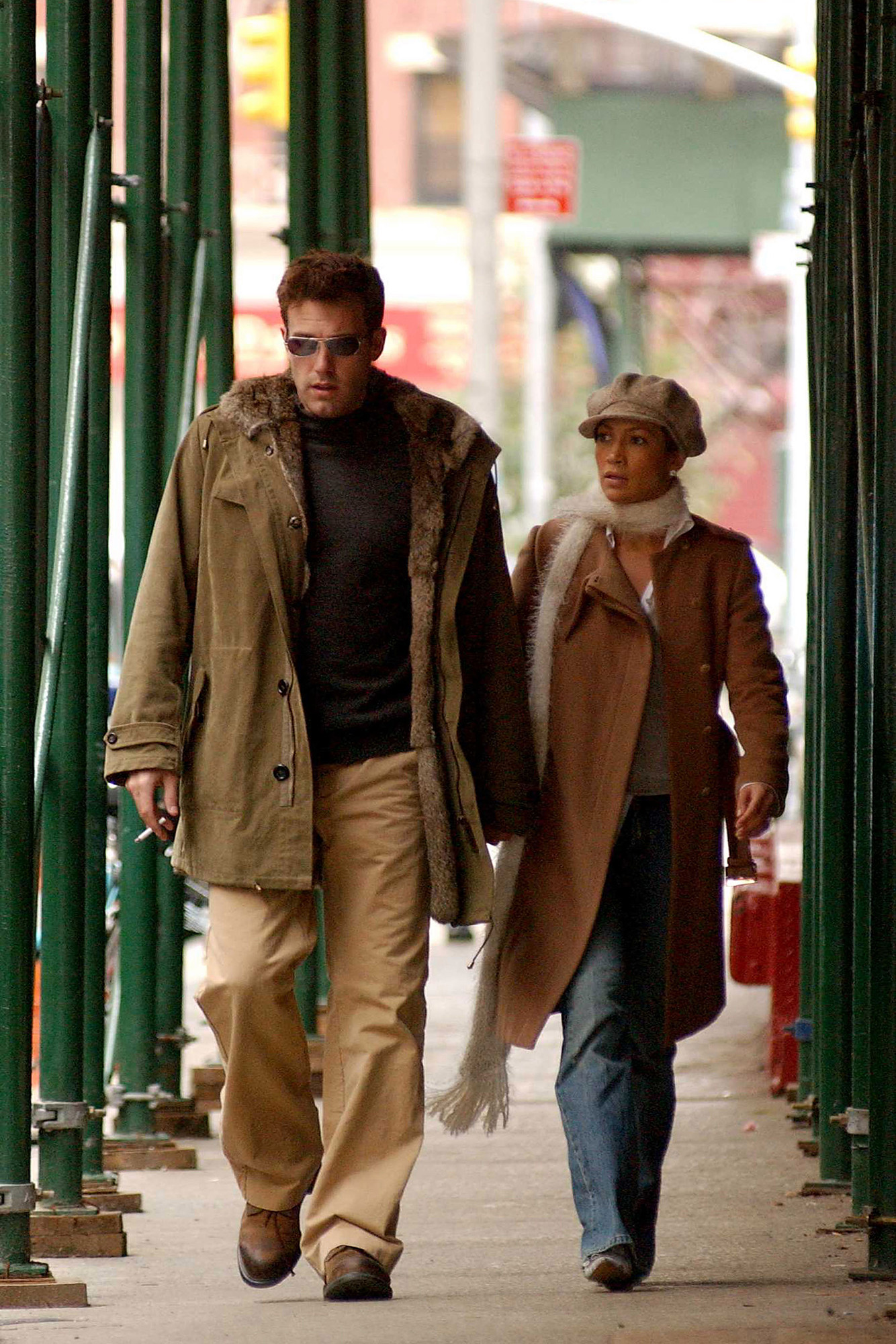 Kitted out in head-to-toe khaki in October 2002, the couple looked totally in sync.
Getty Images 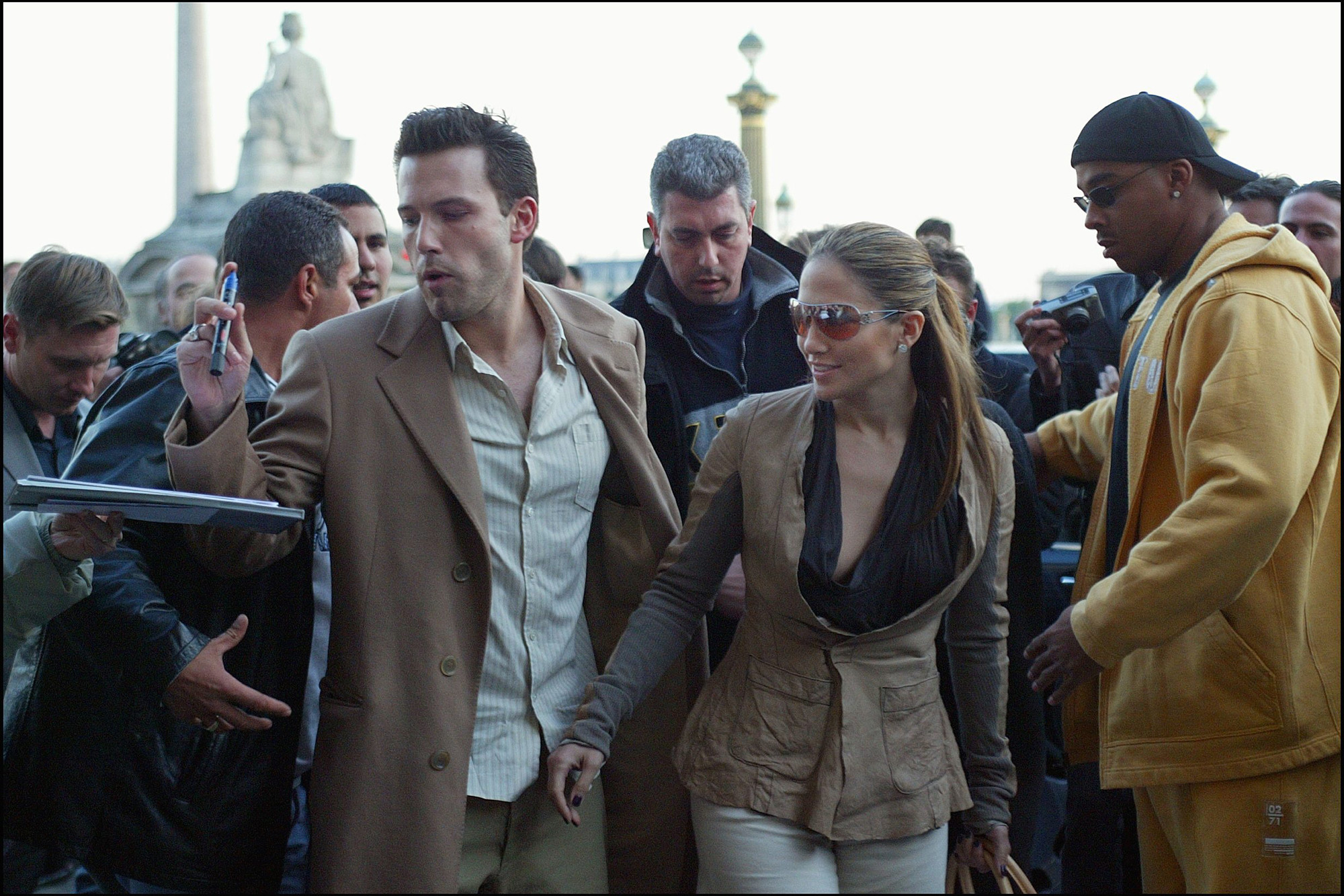 They both reached for brown blazers for a day of shopping in Paris in April 2003, but clearly didn't do a great job of blending into the crowd.
Gamma-Rapho via Getty Images 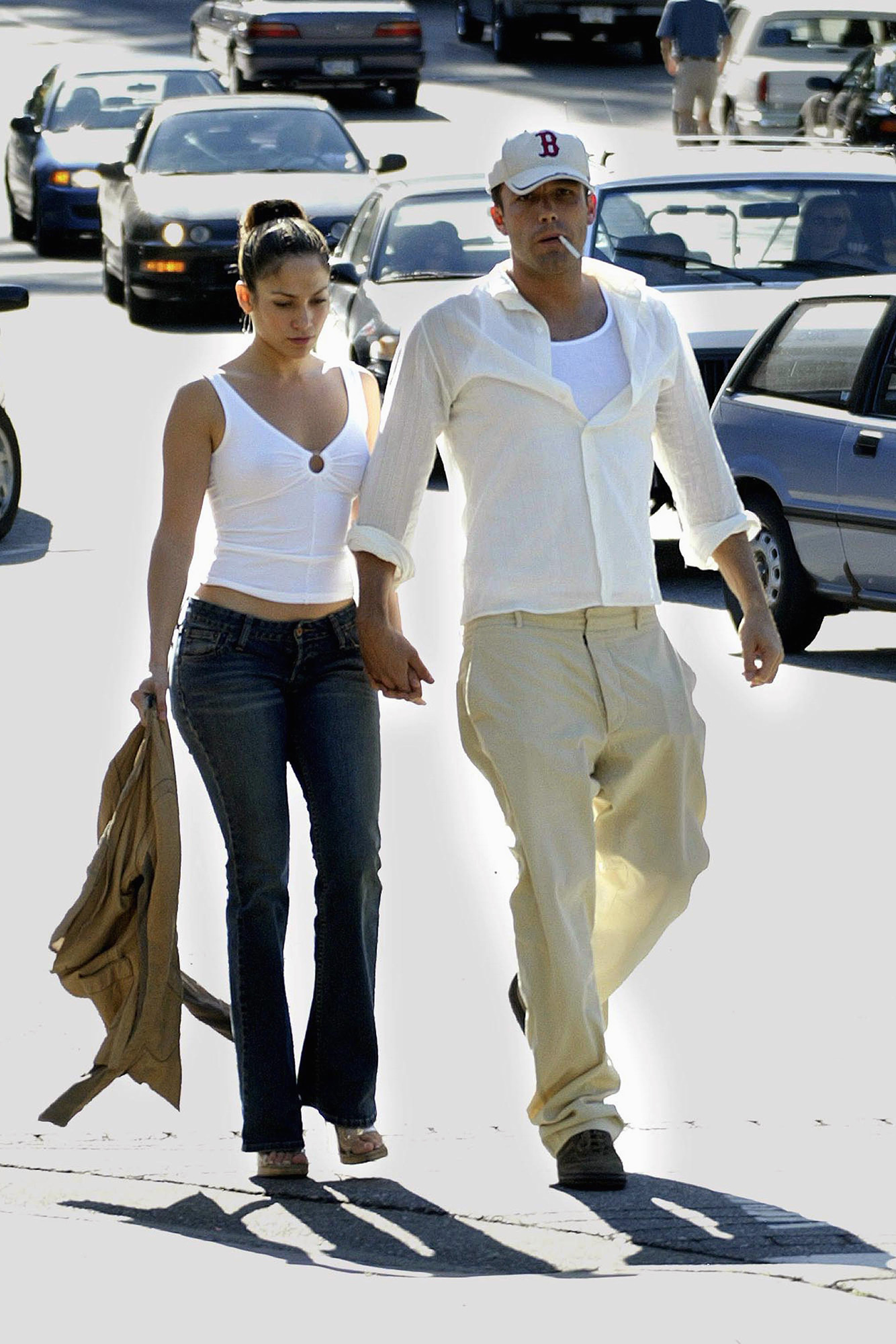 By July 2003, Bennifer was seriously sizzling -- as evident by their white-hot matching tank tops.
Getty Images 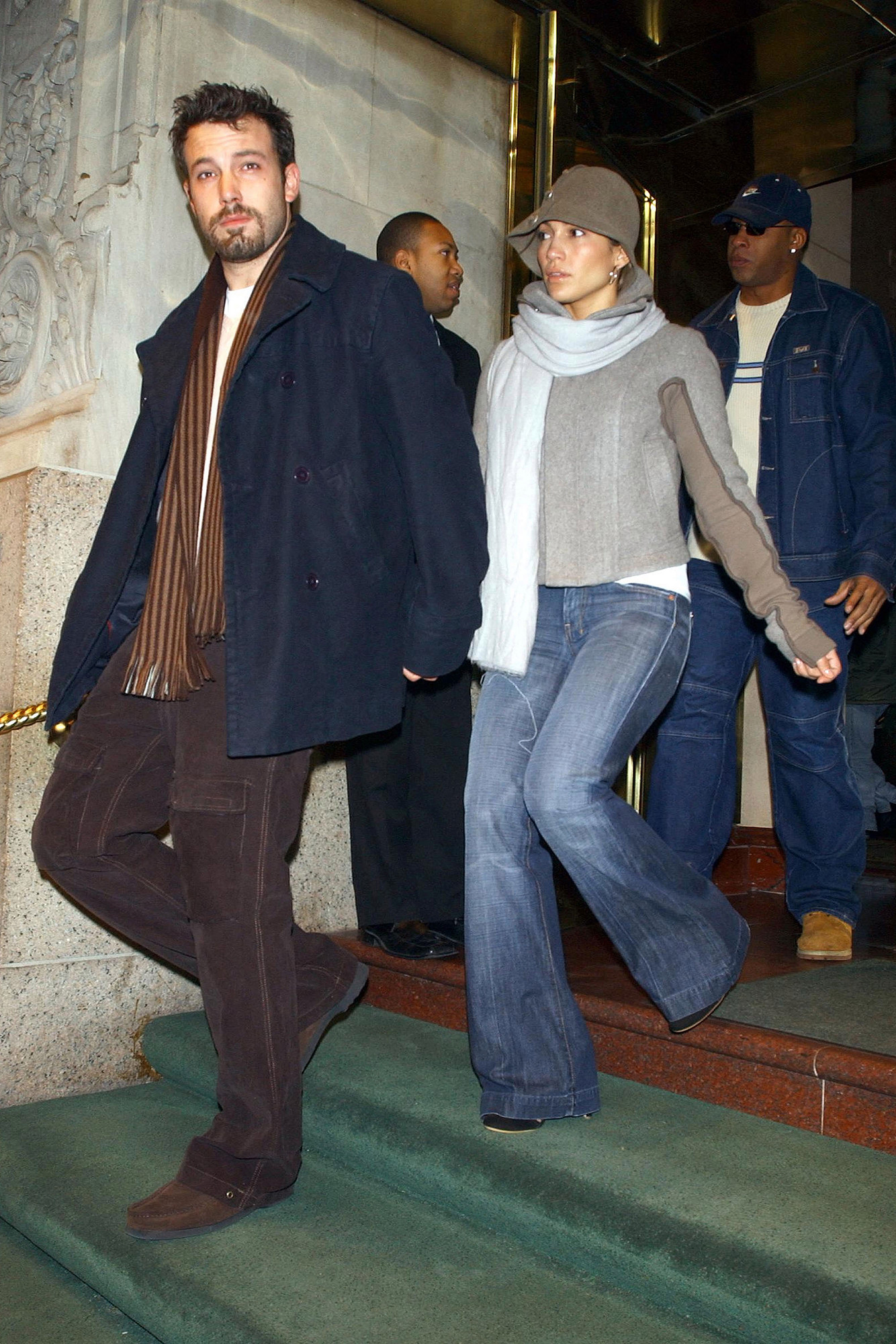 Three months after postponing their September 2003 wedding (to much speculation from fans and reporters alike), the pair still looked all wrapped up in each other in his-and-hers scarves.
Getty Images 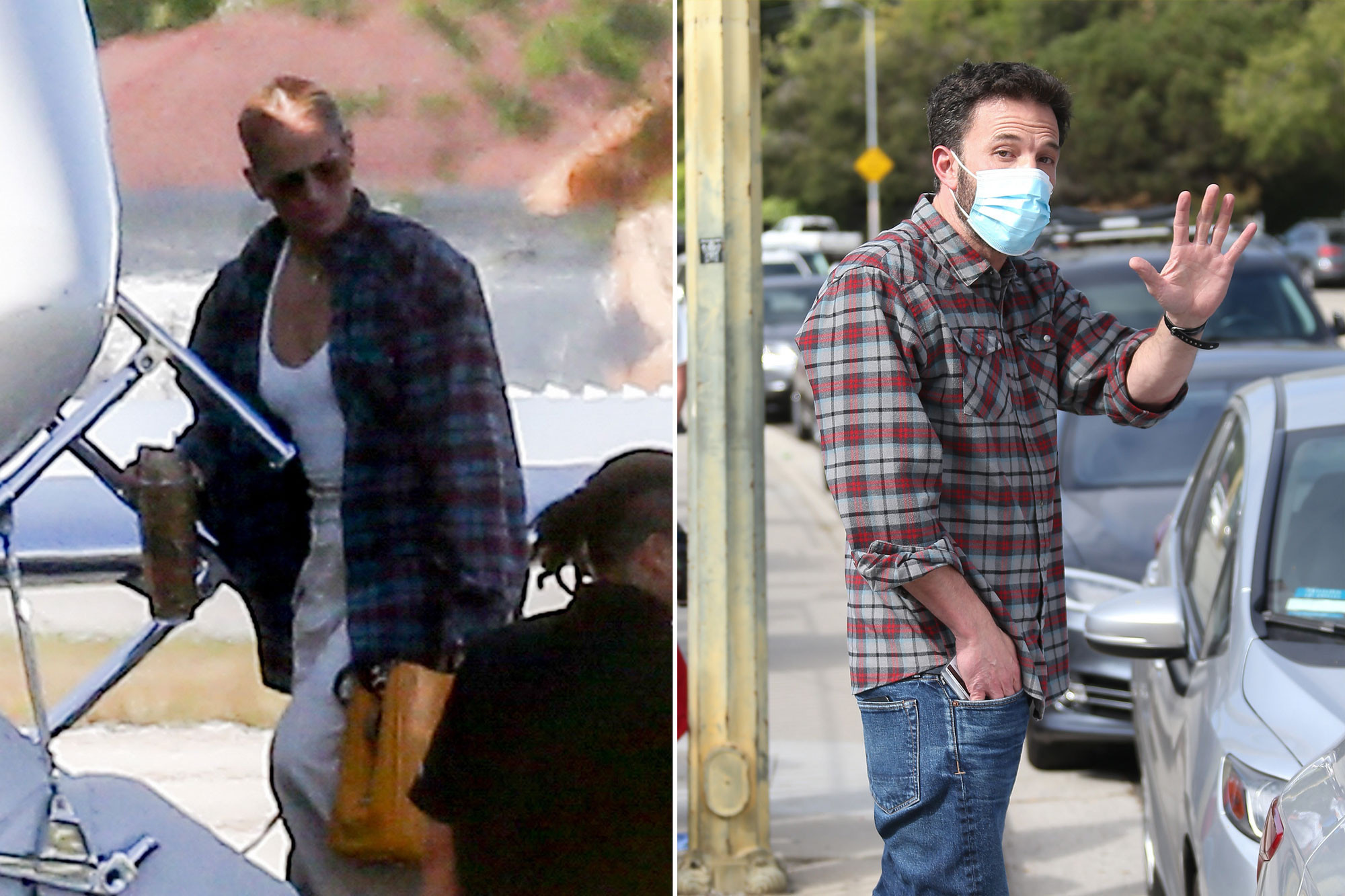 Checkmate! In June 2021, Bennifer made it clear they were very much back on again, with Jen boarding a private plane in an oversized plaid shirt seemingly plucked from her beau's closet.
Backgrid ; Getty Images 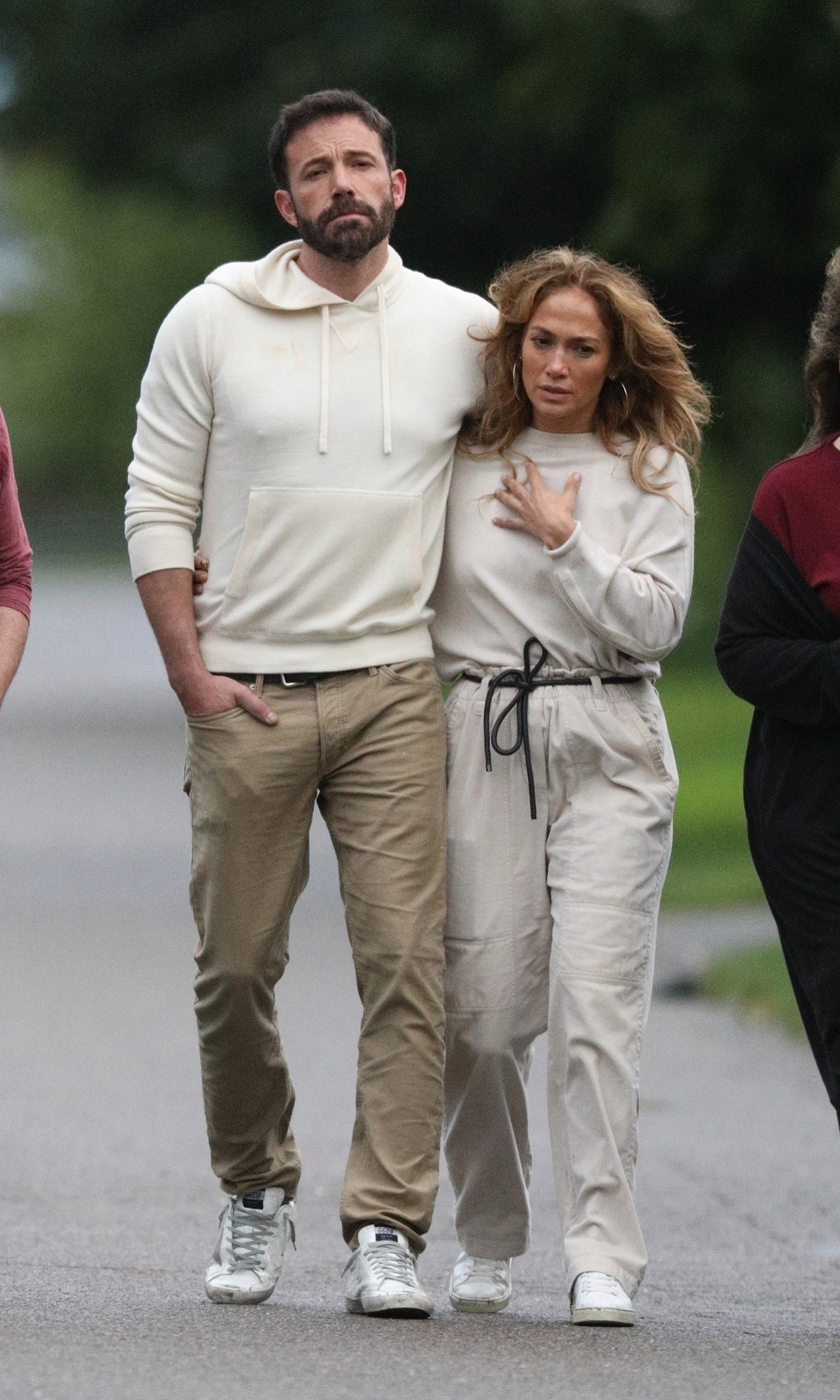 While strolling in the Hamptons during Fourth of July weekend, they perfectly recreated their all-khaki matching moment from nearly two decades prior. Somebody get these two in a Brunello Cucinelli campaign!
Patriot Pics / BACKGRID 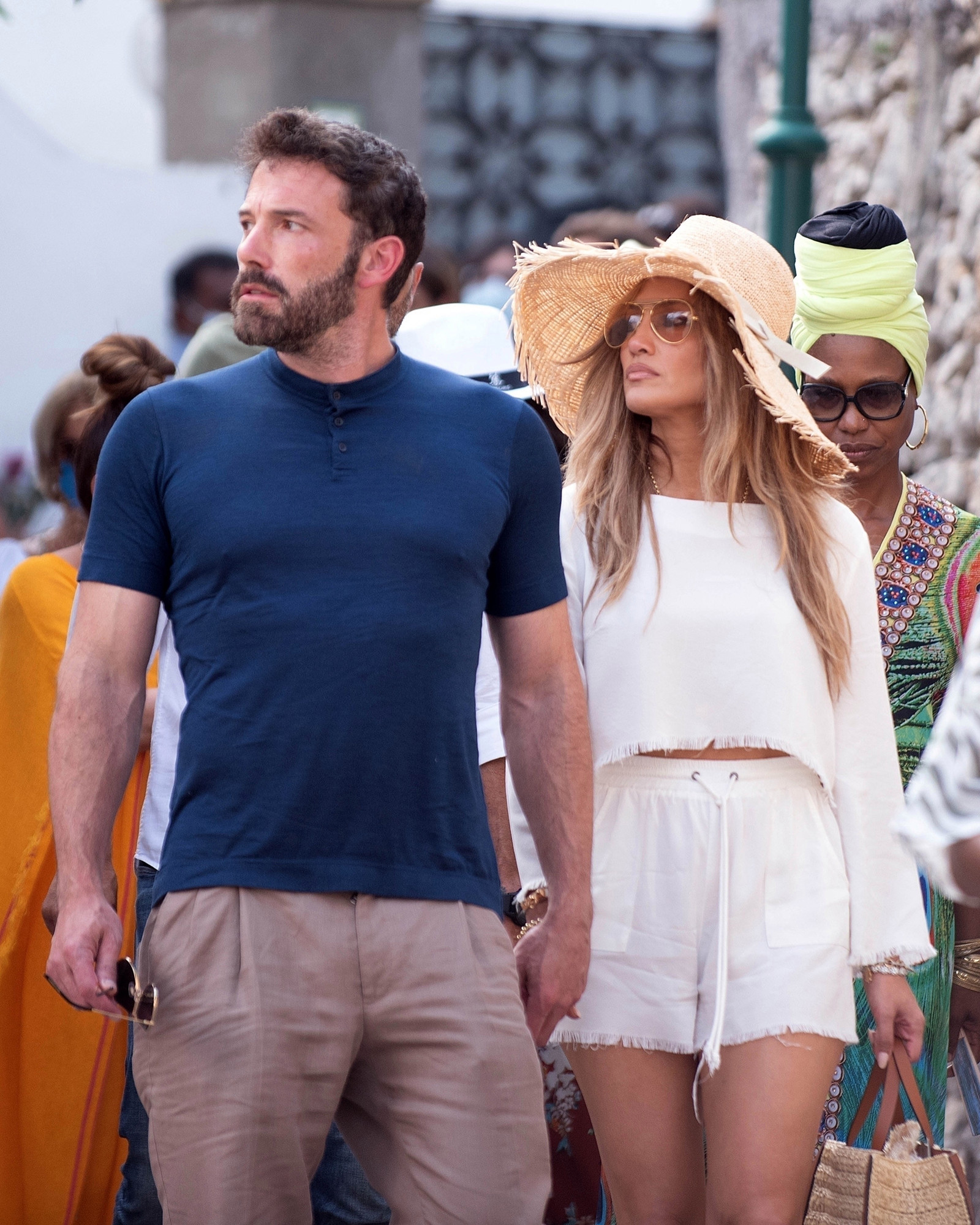 During their romantic trip to Italy for Jen's 52nd birthday, both stars reached for identical gold-rimmed aviator sunglasses -- perhaps as a subtle dig at the singer's ex Alex Rodriguez, as the two launched a joint eyewear collaboration with Quay back in 2019. Better shield your eyes from this one, A-Rod.
Cobra Team / BACKGRID 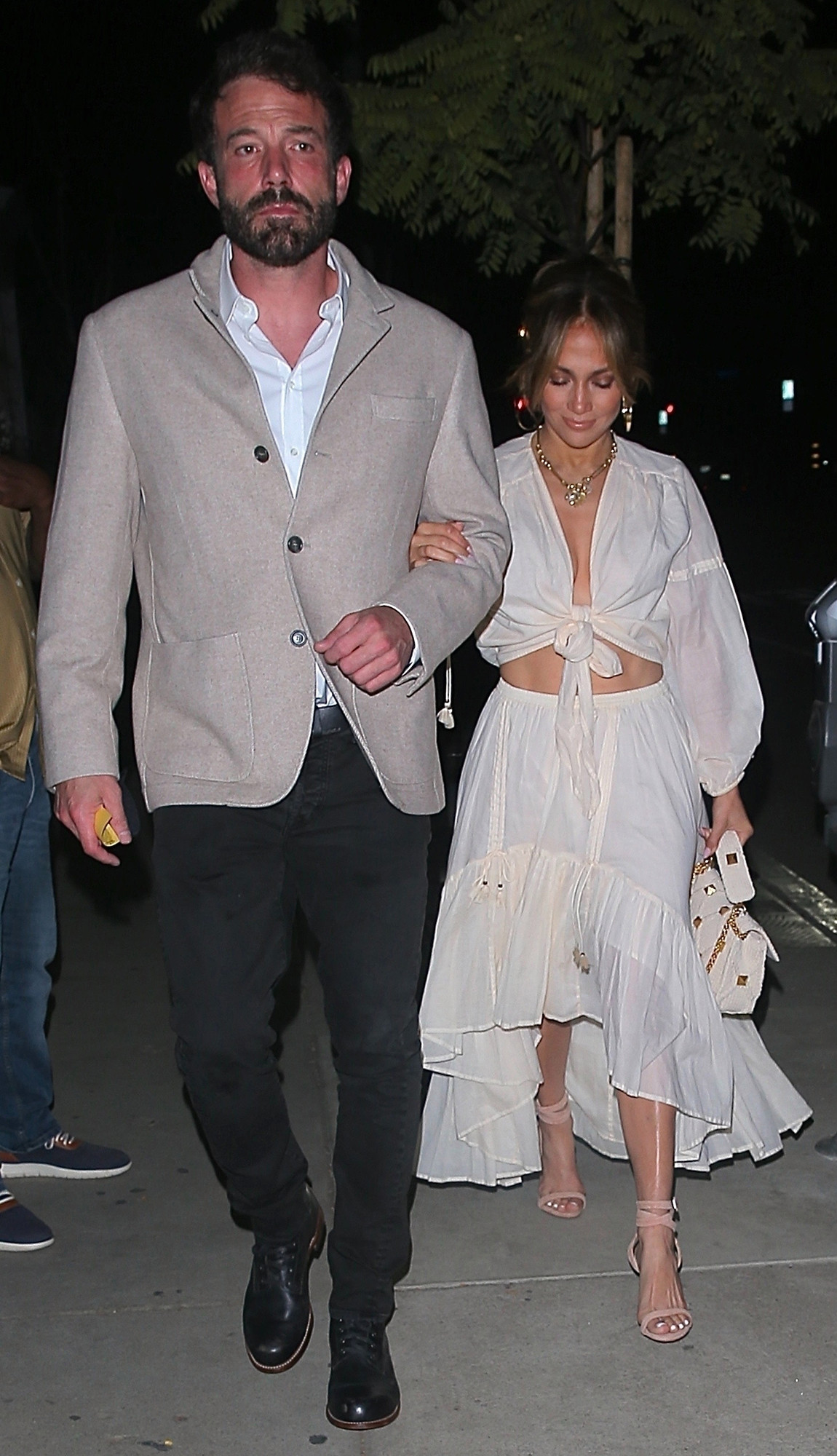 They keep the creamy tones coming in August 2021, with Ben throwing on a beige jacket that went nicely with J.Lo's crop top and ruffled skirt from Spell.
ShotbyNYP / BACKGRID 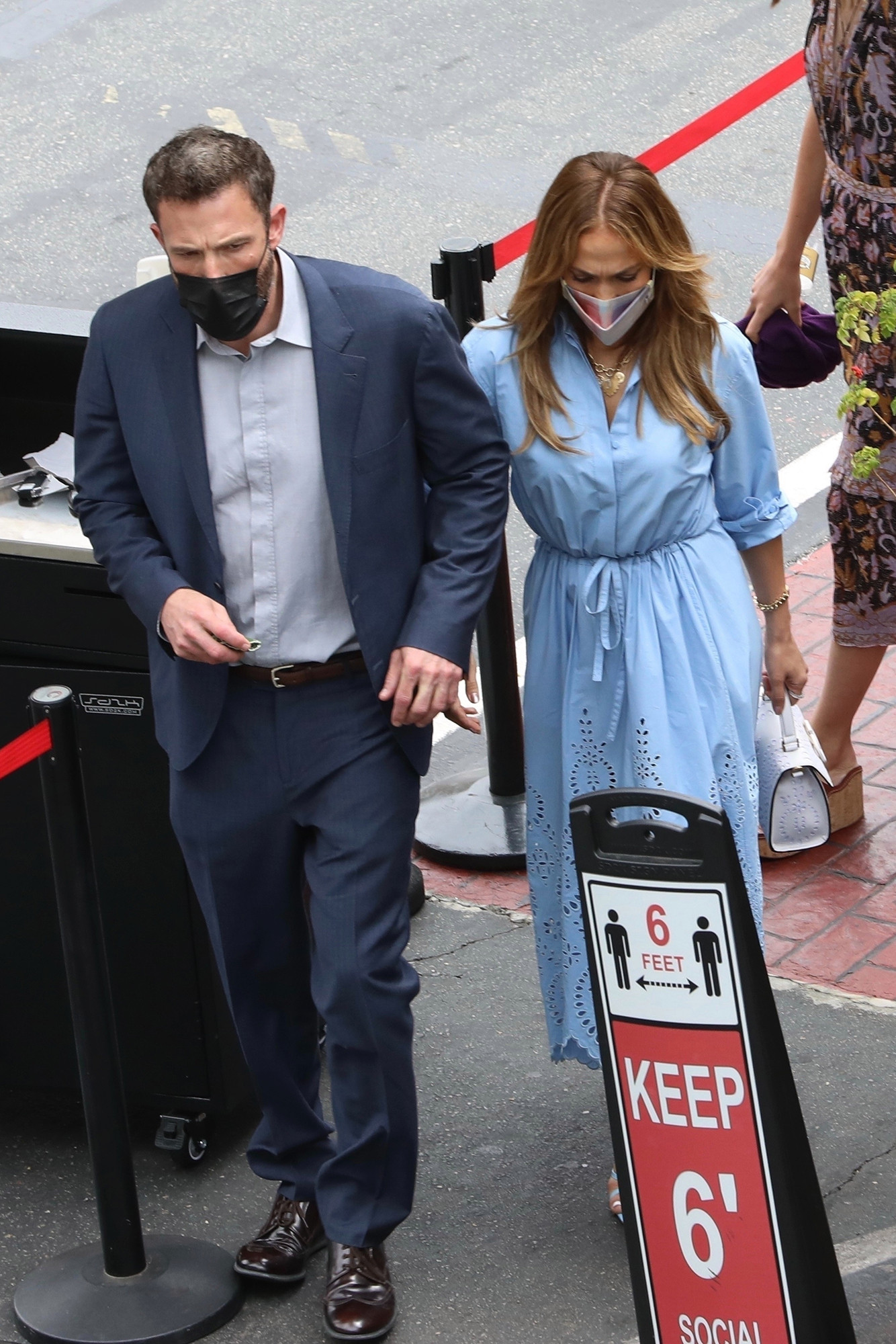 The true-blue duo matched once more for an outing at the Magic Castle in Hollywood later that month, with Jen opting for a pastel Valentino shirtdress ($4,500) and matching Femme LA heels ($189) and Ben looking sharp in a navy suit.
LESE/RMBI/Biag / BACKGRID 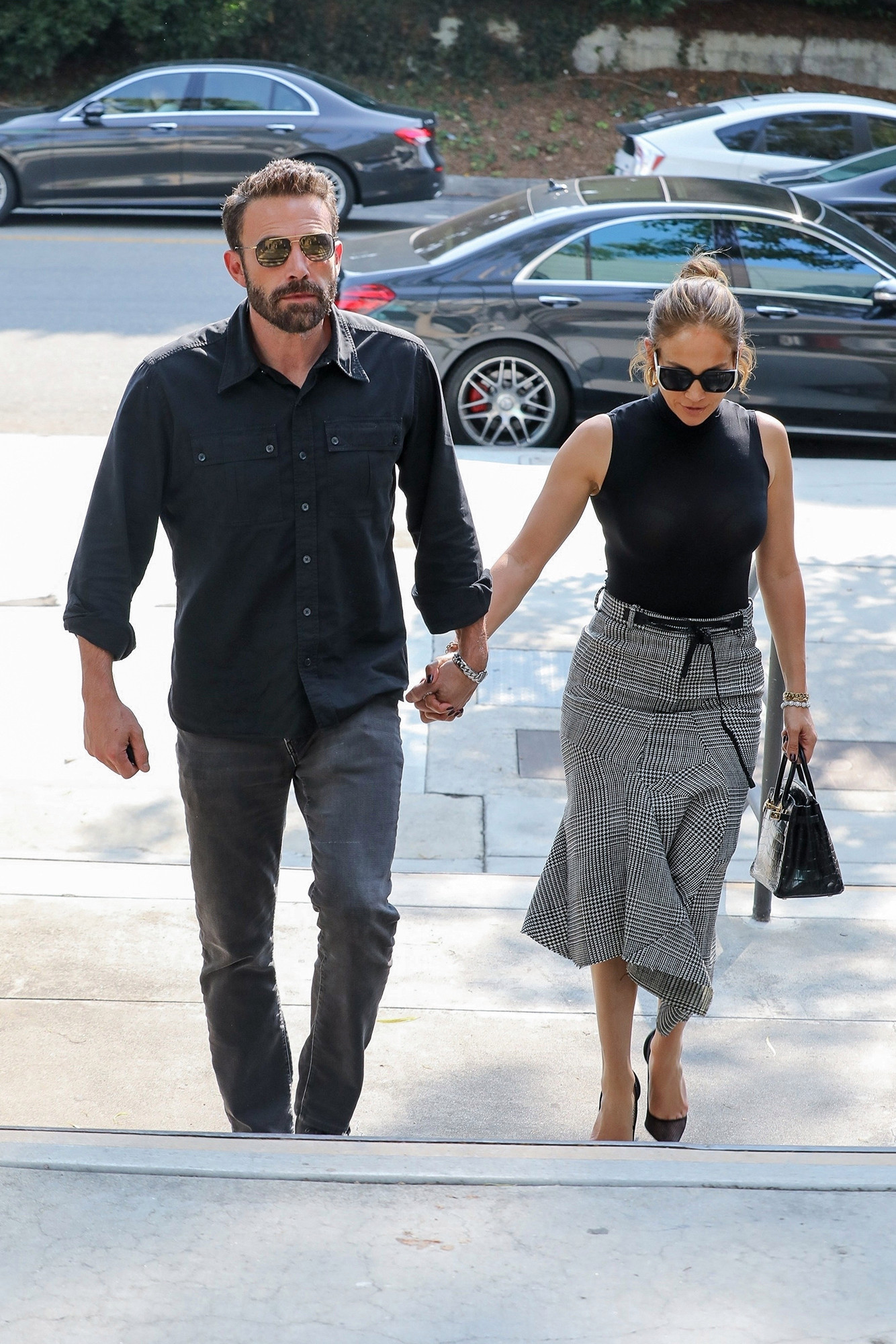 And at the end of August, they stepped out for a shopping date in LA wearing synchronized grayscale looks. J.Lo teamed her black Wolford bodysuit ($210) with a checked Tom Ford midi skirt ($3,350), while Ben went for a black button-down and charcoal denim.
Vasquez-Max Lopes / BACKGRID
This story originally appeared on: PageSix - Author:Elana Fishman